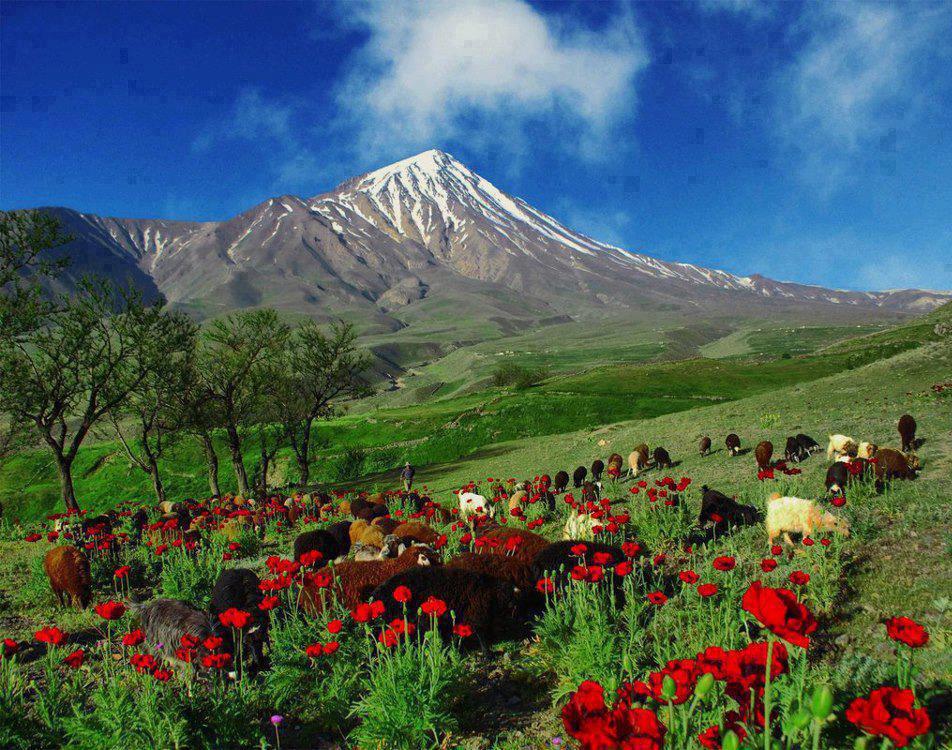 This steep-walled valley was carved by glaciers. now occupied by the Merced River in Yosemite National Park in California.

The Black Forest is a wooded mountain range in Baden-Württemberg, southwestern Germany. It is bordered by the Rhine valley to the west and south. The highest peak is the Feldberg with an elevation of 1,493 metres (4,898 ft). The region is almost rectangular with a length of 160 km (99 mi) and breadth of up to 60 km (37 mi).The Black Forest consists of a cover of sandstone on top of a core of gneiss and granites. Formerly it shared tectonic evolution with the nearby Vosges Mountains. Later during the Middle Eocene a rifting period affected the area and caused formation of the Rhine graben. During the last glacial period of the Würm glaciation, the Black Forest was covered by glaciers; several tarns (or lakes) such as the Mummelsee are remains of this period. Sanqingshan is known as a sacred place and used for meditation by Taoists. Many Chinese believe that it leads to immortality probably because it is hidden by mists for about 200 days every year.  The mists provide an unearthly quality to mountains, strangely-shaped pine trees, streams pouring into pools as well as granite formations which look like silhouettes of animals and humans. This is the only place where plants used for making Chinese medicines are found.

Socotra is an infamous yet enchanting island situated at the coastline of Yemen in Middle East. This island is very secluded with dry and harsh climate. As a result, the plants living in the area have grown into many strange forms and shapes that are unfamiliar for most people.  One good example of these is the Dragon’s Blood Tree that looks like an umbrella.  The red sap that it produces is allegedly known as an aphrodisiac and also used to make dye.  In addition, there are huge numbers of endemic coral reefs in the island as well as different species of animals.  Socotra Island is one of the World’s Heritage Site and considered as the most bio-diverse area in the Arabian Sea.

Located in southern China close to Vietnam, the Longji terraced rice fields cover an area of almost 20,000 acres and rise as high as 3,600 feet into the air. These fields, nicknamed the “Dragon’s Backbone” because of their resemblance to scales, first appeared in this area around 1300 AD and take on a different appearance in every season, depending on the life cycle of the rice being grown. This national park located in the West Himalayas remains largely unknown and untouched thanks to its inaccessibility. Requiring a 10.5-mile hike from Govindghat, near Joshimath in Garhwal, the location was originally dubbed the “Valley of Flowers” by three British mountaineers in 1931, after getting lost and stumbling on it by accident.

The Tianshan Mountain Xueling spruce forest is one of the oldest existing forests on the Tianshan Mountains that is said to be over forty million years old. The snow bearing cold winds from Siberia arrive in the latter half of October and then the whole forest is converted into a pristine winter land, blanketed in silence. The most striking aspect of these forests are the 60-70 meter tall spruce trees. No wonder it is called the âsky gazing treeâ. July, August and September are the best months to witness the majesty of this geological wonder. Also known as the Libo Maolan Karst Forest, this wooded area is situated in Libo county of the Southern Guizhou province. This lush virgin resource is a hot bed of biological activity. Already sheltering 2,000 plant species found in the reserve, some forty new specimens have recently been discovered here. The forest is covered with karst peak clusters, the name given to a close cluster of limestone hills, which make it utterly beautiful. It is considered one of the best preserved forests with features of the subtropical zone in it. Spring, summer and autumn are when the forest will most willingly disclose its mysteries to you. Situated at the southwest of Liantian mountains, this forest borders the Changing and Jiangan Country of Yibin City. It covers an area of 120 square km, elevating from 600 to 1000 meters. The central region is covered with 5,000 hectares of tall and upright bamboos (Nanzhu in Chinese). It shelters some 28 high and low ridges and 500 small and big hills. Because the area is surrounded by such big and tall bamboo trees, it was named âBamboo Seaâ. The Shunan forest is home to a vast variety of local animal species and precious plants. The best time to visit this forest is in the months of May and August. Girls' Animal Pictures: The Beauty and The Beast