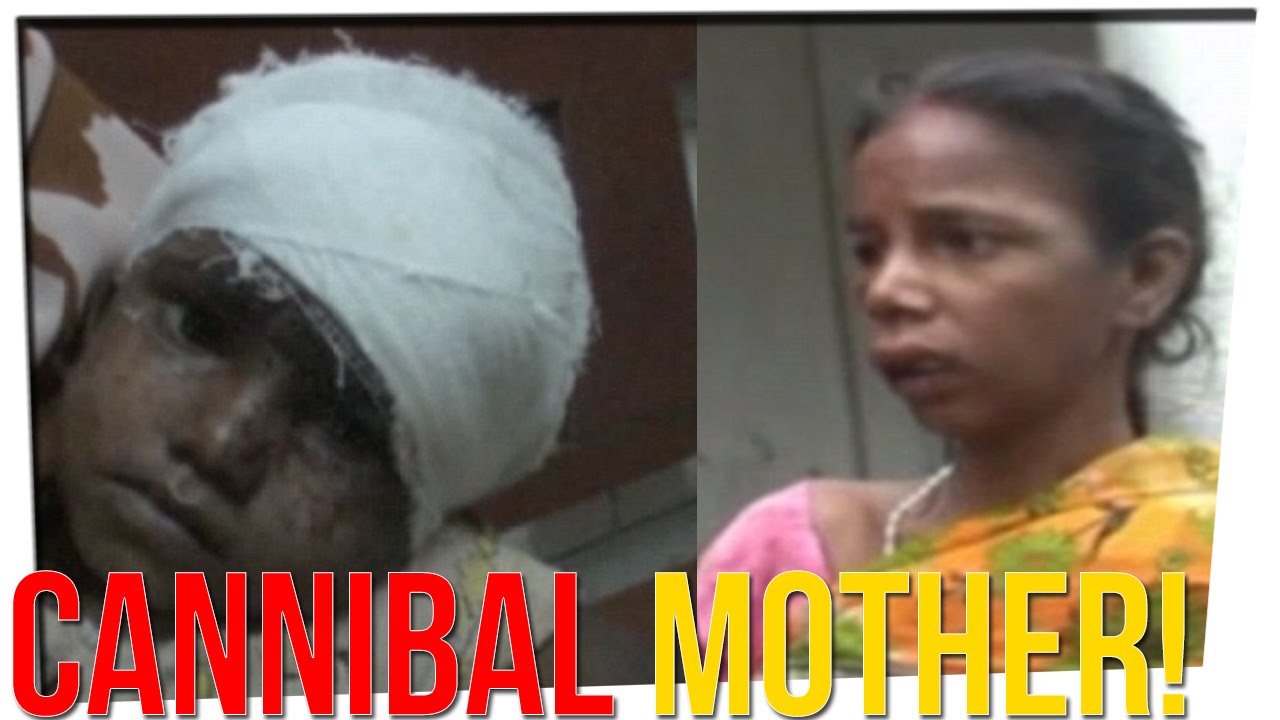 An alcoholic mother was beaten by a mob in India after she was caught slicing off and eating her two-year-old daughter’s scalp.

Toddler Bharati Mondal was rescued by her uncle Dablu after he heard her screams in Gopalpur, West Bengal.

He was horrified to find sister-in-law Pramila, 40, cutting the toddler’s head and eating her flesh.

He snatched away the terrified tot and rushed her to a local hospital where she was treated for her injuries at a critical care unit.

‘It was around noon and I was resting at home when I heard loud cries of Bharati,’ said Dablu Mondal, 41.

‘I ran to check on her but there the scene I saw was beyond shocking. ‘Bharati was bleeding profusely as Pramila was eating the flesh of her head. I immediately snatched away Bharati from Pramila and rushed her to Malda Medical College and Hospital where she is admitted to ICU.’

As the news of the grisly attack spread, angry locals gathered at her house before tying up Mondal with ropes and beating her.

The mother-of-three, who has an alcohol problem, confessed to the mob but was unable to explain her actions.

She was only saved when sister-in-law Mamta Mandal, 36, called the police who dispersed the angry mob.

A mob attacked Pramila Mondal, giving her a black eye and thick lip. Villagers were angry after hearing how she sliced the top off her daughter Bharati’s head and ate it.

Police inspector Kishna Das said Dablu Mondal, who lived next door to Pramila, was alerted by the child’s screams on Wednesday.

‘He then saw Pramila eating the flesh of Bharati’s head. Soon villagers learnt about the incident and reached Pramila’s house and started beating her in anger.

‘We rescued the woman and sent her to hospital.’

Bharati is being cared for by doctors at the Malda Medical College and Hospital while arrangements are made to transfer her to a better equipped hospital in Kolkata.

Pramila’s husband Habu Mondal, went to Delhi to work as a laborer last year but has not been seen since. The couple have two other children Parbati, eight, and son Swarna, two.

Police have prepared a case against Pramila who is expected to appear in court soon.

Rescued: Two-year-old Bharati was rescued by her uncle after he heard her screams. He was horrified to find the girl’s mother slicing off part of her scalp and eating it.

Led away: Pramila is set to appear in court in Gopalpur after being accused of eating the flesh of her own daughter.

10 Most Inspirational Athletes With Prosthetic Lim...
ENTERTAINMENT: Shirley Temple (Black) Would Always...
Did Sara Duterte shave head to urge pa to run for ...
Being a Woman Is Priceless

LIFE OF IRENA SENDLER: Woman hides thousands of children in coffins – then she’s arrested and her dark secret emerges