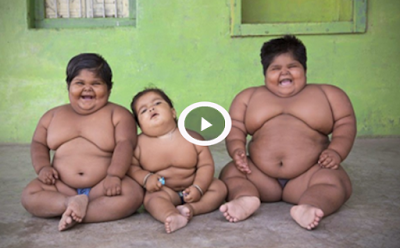 Father’s day is fast approaching and is just around the corner. We think that you’ll love your father more after you read the story of this loving father in India who wanted to exchange his kidney for the sake of his kids.

A 34-year-old father named Rameshbhai Nandwana from Gurjarat, India plans to sell his kidney for the medication of his three kids. His children are suffering from extreme obesity in which its cause wasn’t known. 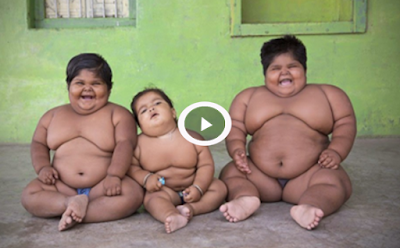 In the story uploaded by the website Dailymail.co.uk, the father of these three obese kids is just an average worker who has an enough salary to feed and meet the needs of his family. He is a minimum wage worker in which a great part of his money goes to the food of his obese kids since the children get hungry all the time. We can’t blame him for this because a father is just really after to the happiness and the needs of his kids.  Moreover, as the story continues, more tests are needed in order to point out the main cause why these children constantly gain weight. Theoretically, the doctors suspect that the kids might be suffering from Prader-Willi Syndrome.

Prader-Willi Syndrome is a rare genetic disorder present at birth characterized by extreme feeling of hunger that may result to obesity and type 2 diabetes. People suffering from this genetic condition are also experiencing difficulty in learning, delayed growth and deficiency in sexual development.
With this,we’re hoping that many people would help these kids so that their father won’t be in the situation wherein he only have one choice but to sell his kidney.

HEALTH EDUCATION: If you were stung by something and you don’t know what it was, we can tell you how to identify the most common bites