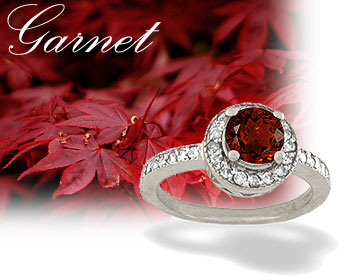 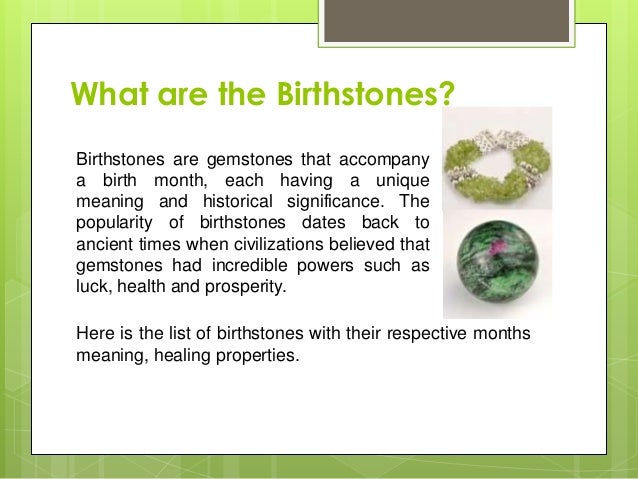 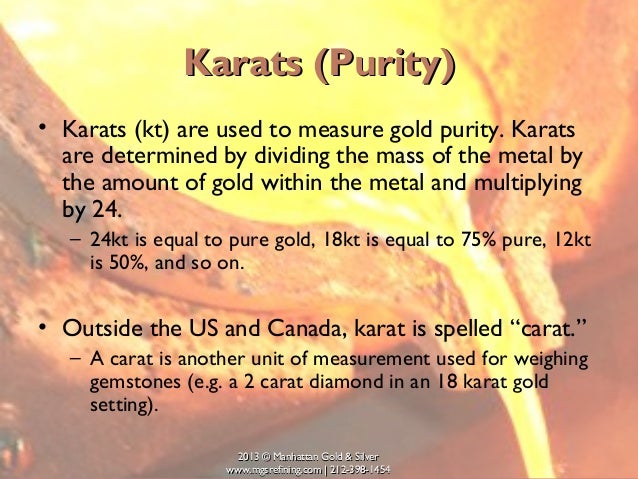 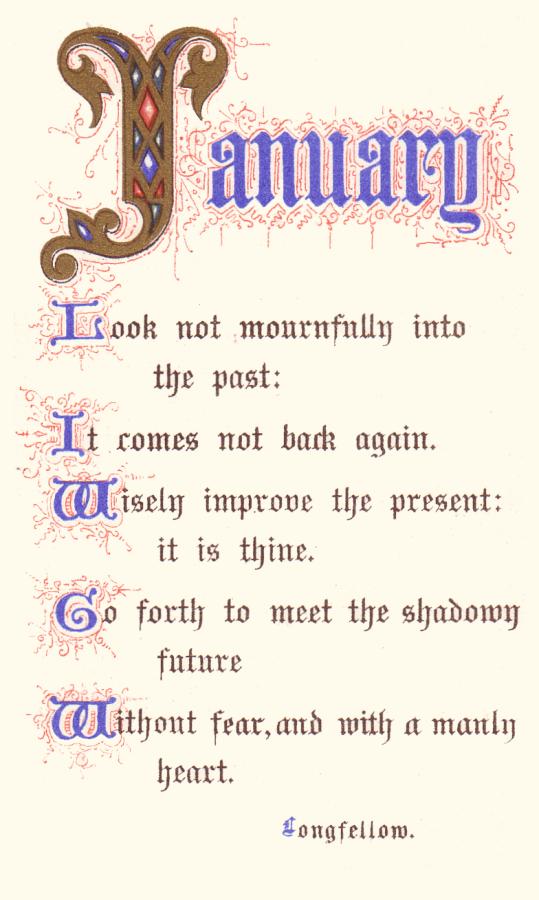 From earliest times, gemstones have been valued for their beauty and rarity. Both ancient Indians and Babylonians believed that certain gems carried strange and wonderful cosmological powers. It may have been the Assyrianswho first attached meanings to desired gems as early as 1400 B.C.

In both the Old and New Testaments of the Bible, gemstones are given significant mention. In Exodus, the breastplate of the Jewish high priest contained 12 stones in four rows of three each to represent the 12 tribes of Israel. At the end of the Bible, in Revelation, St. John describes the 12 beautiful gemstones that were laid in the foundation of the New Jerusalem. 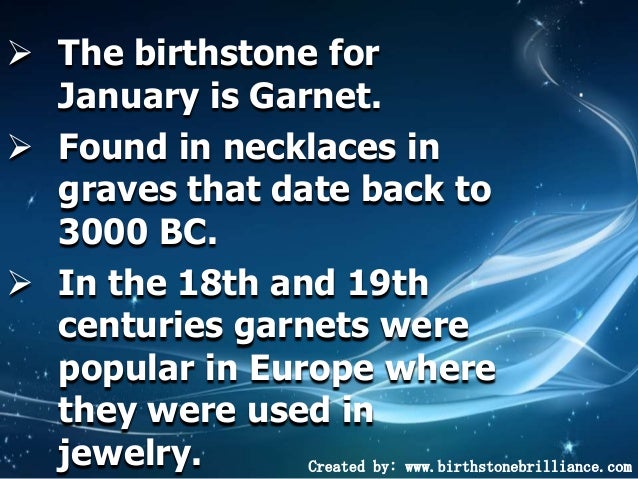 During the first century, Flavius Josephus connected specific gemstones to the signs of the zodiac. Wearing the right stone each month would ensure access to special healing or magical powers. Those who could afford such luxury collected all 12 stones so that they were adequately empowered and protected throughout the year. The birthstones were traditionally connected to the 12 signs of the zodiac.

Later, Jewish gem traders in Poland or jewelers in Germany may have created the first birthstones listings, which were quickly popularized in poetry. The famous jewelry business Tiffany & Co. published one of several Gregorian Birthstone Poems in 1870. Specific qualities were assigned to the gems as they were matched with months of the year.

A modern list was created in 1912 by the National Association of Jewelers and updated in 1952. In 2002, tanzanite was added to the December listing, and just four years later, the ambitious tanzanite cartel suggested giving this particular stone to every child rather than just those born in December. They promoted sales with the logo, “Be Born to Tanzanite.” The fact that most people haven’t even heard of tanzanite would suggest that their promotional drive did not really catch on with the public.

While the truth is that a gemstone is probably little more than a lovely piece of Mother Nature’s handiwork,  you can find the stone that matches your birth month JANUARY and discover its fabled benefits:

January-Garnet is found in every color except blue. It might prevent nightmares and snakebites and can provide directional guidance in darkness. Wearers may see an increase in their self-image, will power and energy levels, and nervous people may feel calmer. Faith, love and constancy are its attributes. (colorcombos.com) 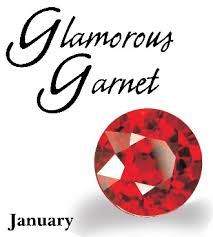 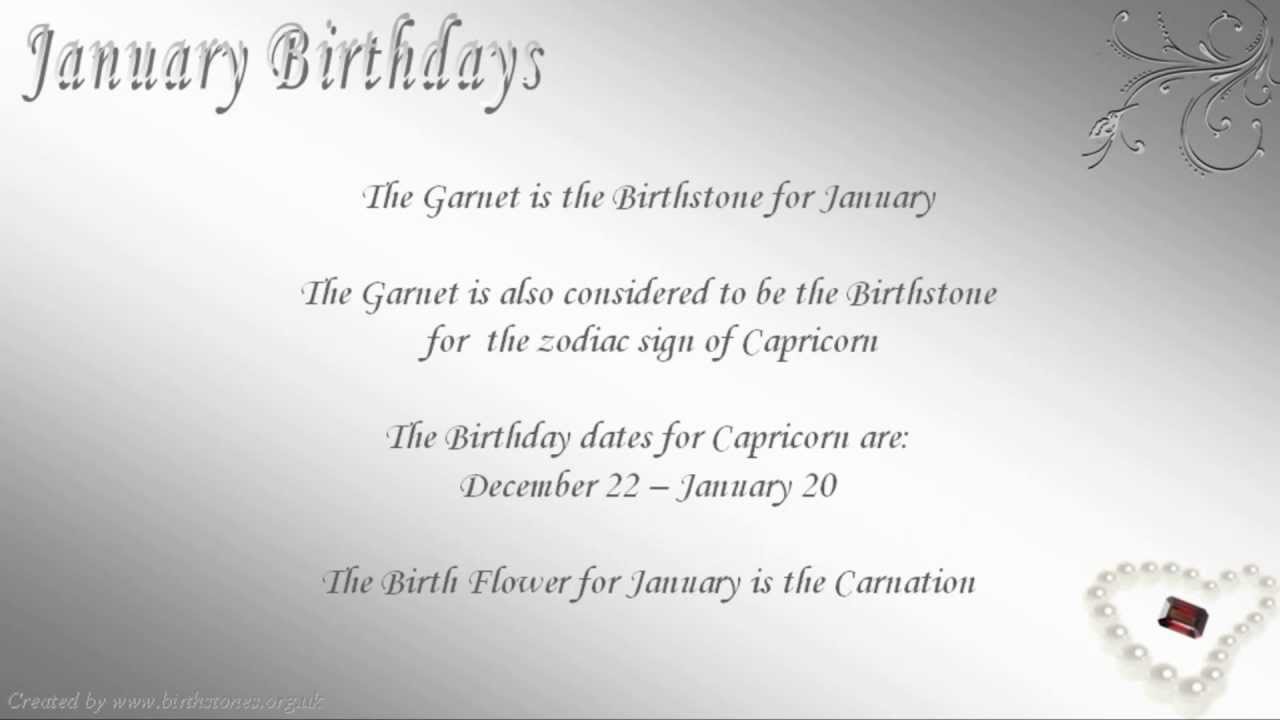 Garnet, the birthstone of January, is mined in a rainbow of colors. From the fiery orange of Mandarin Garnet to the rich green of Tsavorite Garnet and to the most widely recognized color of Pyrope Garnet, it is considered a great gift to symbolize friendship and trust. (wixonjewelers.com) 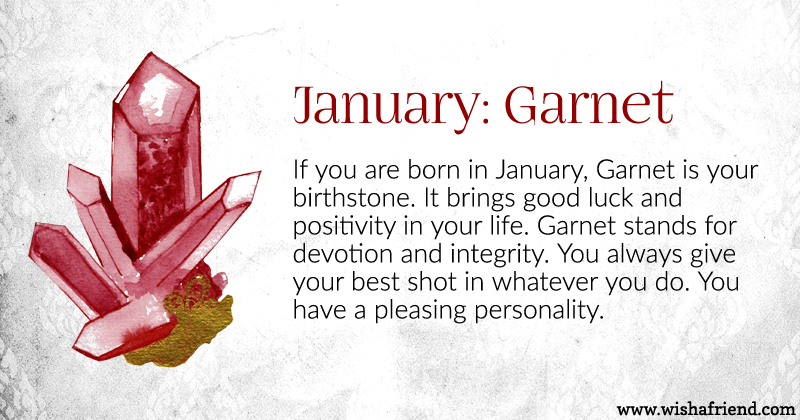 The family name Garnet comes from the Latin word “Garanatus”, which means “seedlike” in reference to a pomegranate seed size and color. (JANUARY BIRTHSTONE) 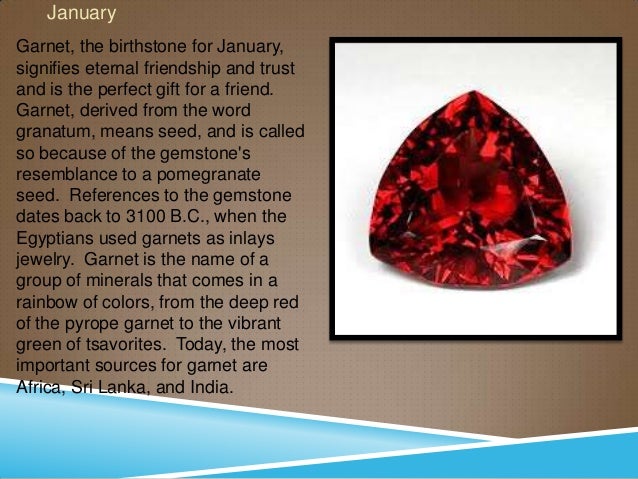 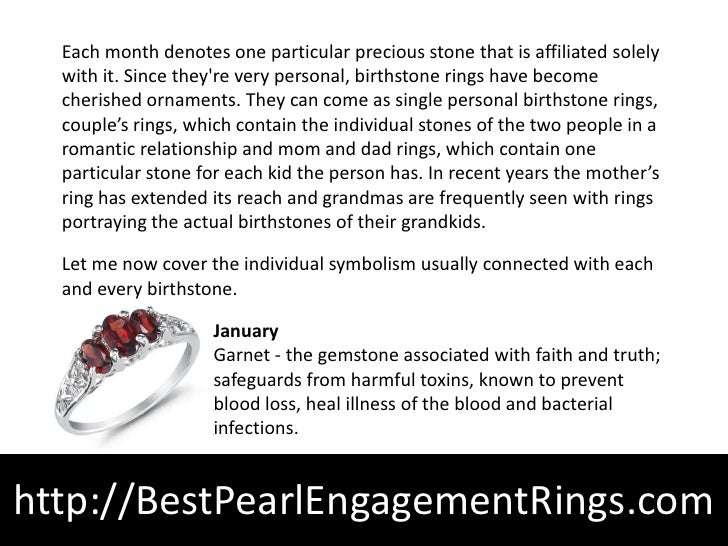 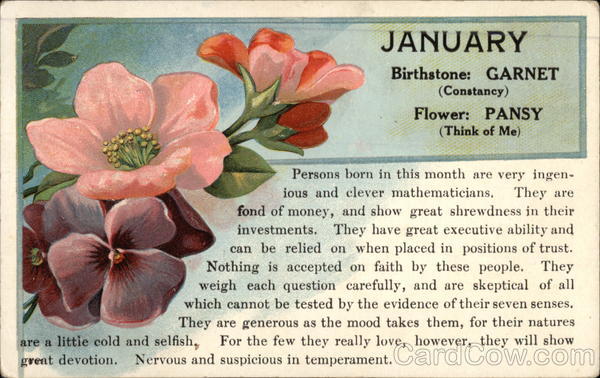 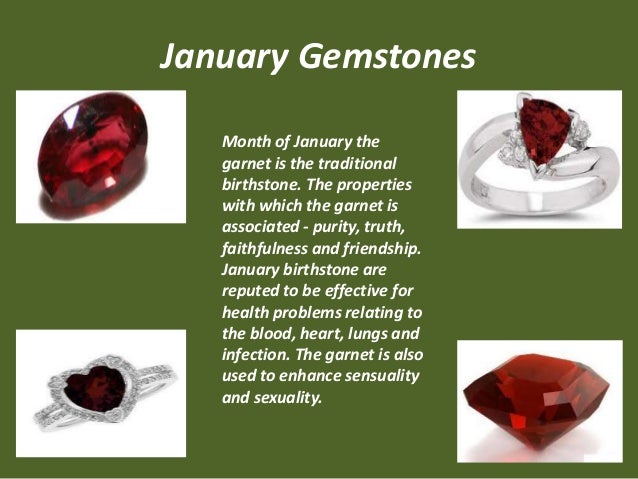 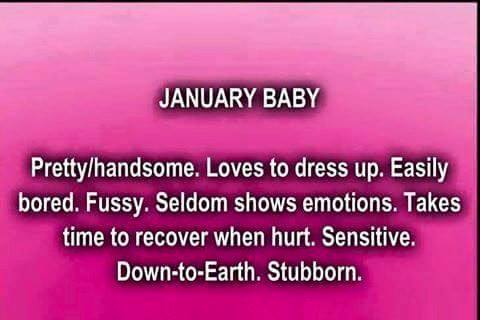 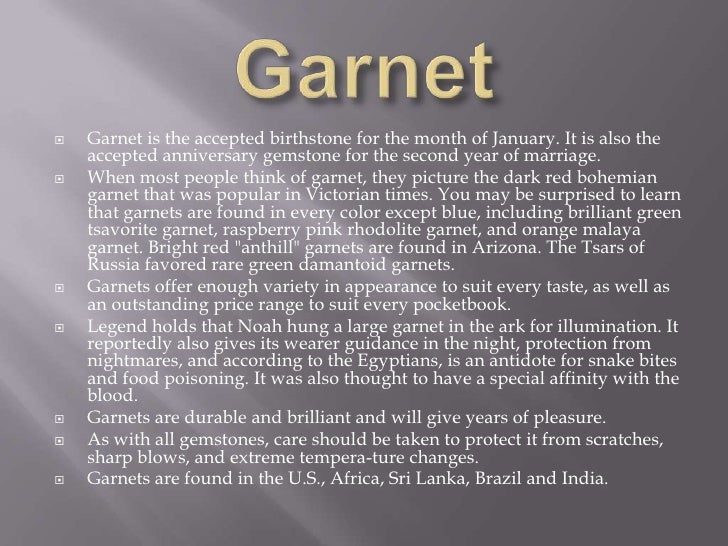 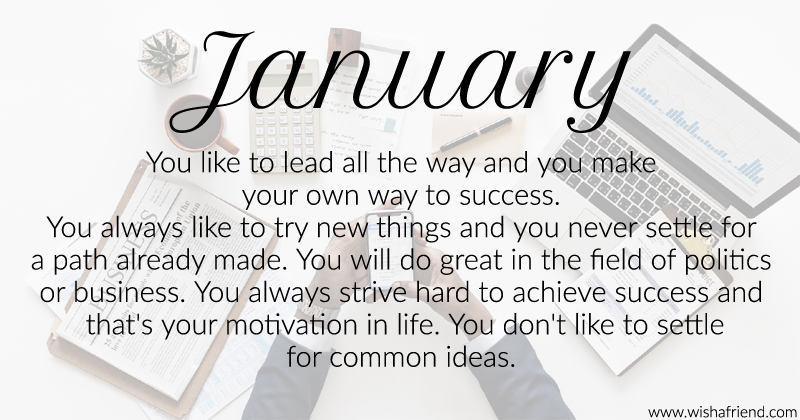 Birth Month Flowers and their Meanings. January’s birth flower, the carnation, comes in several different colors to convey different meanings, much like roses. A pink carnation means affection, while a red carnation means ‘I love you.’ (almanac.com) 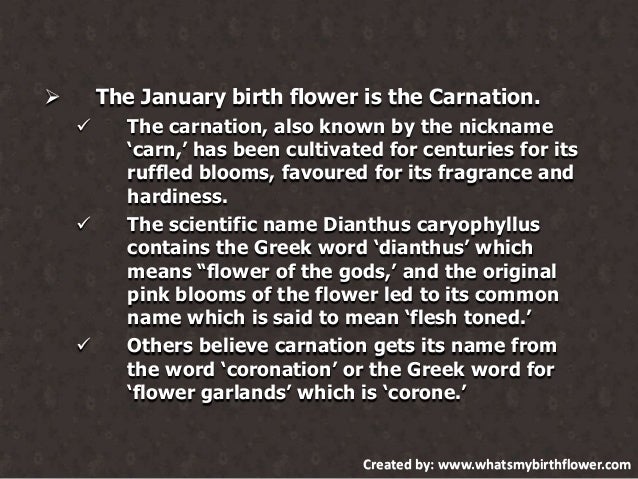 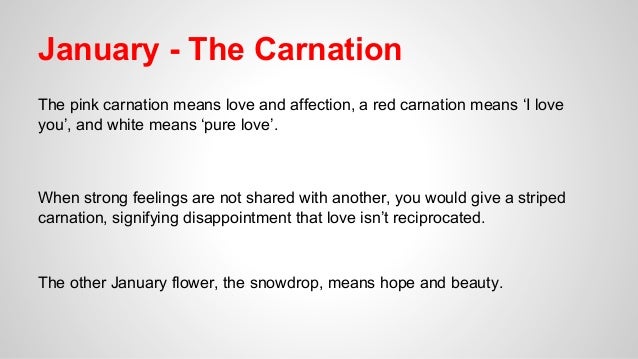 Love Story by Taylor Swift
PEOPLE: Emmanuel Macron, The 2017 French President...
Father To Sell Kidney Just To Save The Lives Of Hi...
Photographs of bound-feet women of China and The ...