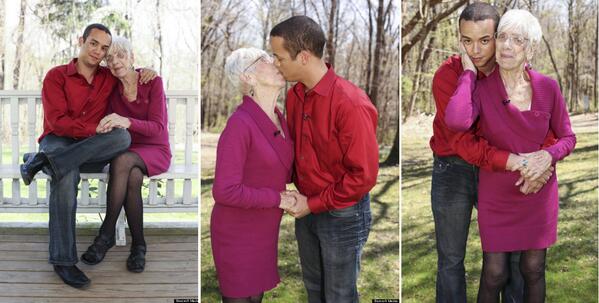 A young 31 year old man has raise a few eyebrows when he stepped out with his 91-year-old great-grandmother lover.Kyle, from Augusta, Georgia, dates numerous pensioners at the same time and even takes them home to meet his 50-year-old mother. For the last five years he has been in a ‘casual’ relationship with 91-year-old Marjorie McCoo and despite the 60-year age gap, the pair have an active sex life and can’t keep their hands off each other.

Kyle Jones of Augusta, Georgia is the 31-year-old man who has come to be known as the “grandma dater” after going public with his unconventional relationship with a 91-year-old great-grandmother, Marjorie McCool. Here’s what you need to know.

1. He Discovered his Attraction to Older Women at 18 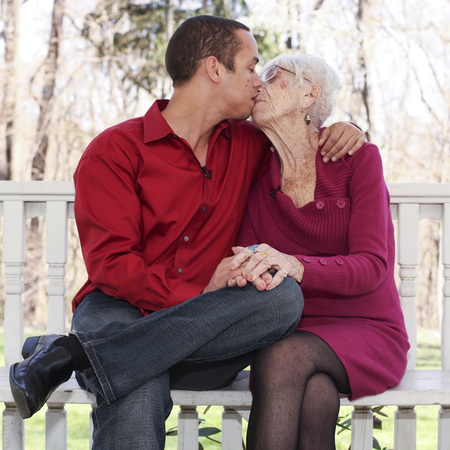 While he has dated Marjorie McCool for 5-years and maintains an active sex   life with her, Jones’ relationship with her is described as “open”—meaning she and he are free to see other people too.

He uses dating websites to find women and his normal target age range is between 60 and 80. Pictured below is another woman he is dating, Anna Reimol, 67. 3. He Introduces his Girlfriends to His Mother, 50

Jones regularly brings his girlfriends home to meet his mother, Ceceila, who is 50.
His mother accepts him for who he is.

4. He Gets Criticized as a Gold Digger

The most common criticism Jones’ girlfriends’ get is that Jones is a gold digger. Jones told the Daily Mail:

“The most common criticism I hear is ‘you’re after money’ or ‘you’re after inheritance’.
‘Or people think these women must be buying me things.
‘But it’s not true at all – I do this because I like it and they like it too. I’ve dated women from various ends of the financial spectrum, but it’s never about what they have.”

Whether Jones knows it or not, he’s actually taking advice from Founding Father Benjamin Franklin at dating older women. In a June 25, 1745 letter to a friend, Franklin wrote:

But if you will not take this Counsel, and persist in thinking a Commerce with the Sex inevitable, then I repeat my former Advice, that in all your Amours you should prefer old Women to young ones. You call this a Paradox, and demand my Reasons.

Because there is no hazard of Children, which irregularly produc’d may be attended with much Inconvenience. 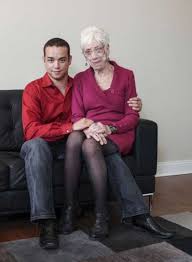 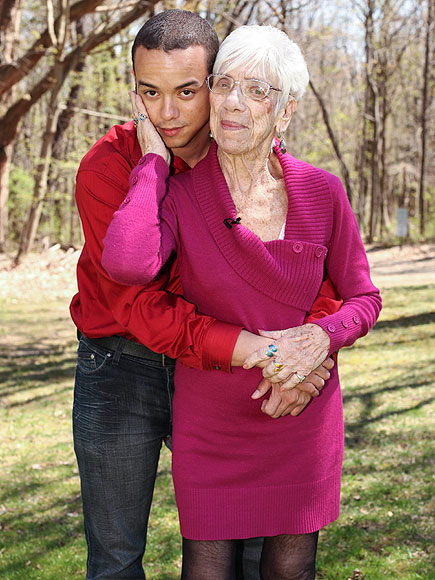