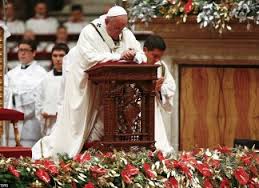 The pope (you know, this guy, the leader of the Roman Catholic Church) is pretty busy these days.

Lately, he’s been talking with international leaders, supporting indigenous people’s rights, and retrieving his hat from mischievous children. Plus there’s that whole being the head of a billion-person-strong religion thing.

In short, he’s the kind of guy who must have his entire schedule planned out to a T. Man, the guy who’s in charge of his schedule probably has a schedule.

So in the midst of all this news and noise and hustle-and-bustle, Pope Francis is opening a laundromat.

The Pope Francis Laundry is one of a growing number of organizations around the world that are offering some dignity to people sleeping in shelters or on the streets.

Ciro Guardaccione uses the pope’s new laundromat to wash some of his clothing. Photo from AP Photo/Alessandra Tarantino.

On April 11, 2017, the pope opened a new six-washer-and-dryer laundromat near the Vatican, according to the Associated Press.

Seems a little weird, right? It turns out, this is exactly the kind of gesture we’ve come to expect from Pope Francis.

It might be the first laundromat opened by a pope, but it isn’t Pope Francis’s first effort to help the homeless. In 2014, for his 78th birthday, the pope handed out 400 sleeping bags, each emblazoned with the Vatican’s coat of arms, to homeless people in Rome. In 2015, he turned a space next to St. Peter’s Square into showers for the homeless and a barbershop that offers free haircuts and shaves on Mondays, and arranged for a homeless man to be buried in the Vatican. In 2016, at the canonization of Mother Teresa, the pope invited 1,500 homeless people to have seats of honor (and free pizza) at a luncheon.The new laundry is one of a handful of projects that try to address the challenge of clean clothes for homeless people. In the U.S., volunteers from an organization called Laundry Love partner with local laundromats to offer free services at certain hours to people in need. The project started after founders asked a homeless man what he needed, and he said, “If I had clean clothes I think people would treat me like a human being.”During a Laundry Love session, which typically lasts two to five hours, volunteers either pay for someone’s laundry or, in some cases, the laundromat offers the free use of a machine or two. Other laundromats donate the proceeds from particular machines to the nonprofit. While people wash and dry their clothes, volunteers get to know them, and also often offer services such as tutoring for children or assistance with a job search.

“Dignity is built,” Laundry Love co-founder and national director Greg Russinger tells Fast Company. “Relationships are built…all you have is free time inside a laundromat.” (One of the organization’s supporters,  Los Angeles Episcopal Bishop Diane Jardine Bruce, says she shared the idea with Pope Francis, which may have been part of the inspiration for the new Roman laundry).

The services at this laundromat are free, and the whole operation is meant to help the homeless.

Homeless people sleep under an arcade at the Vatican in 2014. Photo from Tiziana Fabi//AFP/Getty Images.

Clean laundry doesn’t seem like much — until you don’t have any.

People who are homeless already face a lot of challenges. They can have limited access to health care. Many have mental health problems or are running away from abuse.

Clean clothes might not seem like a big deal among all this, but they matter. It’s partially about hygiene, but it’s also about what they represent. It’s dignity. It’s about something as simple as other people treating you like a human being.

That clean shirt is important. When you’ve fought to finally score a job interview, which could help pull you out of a horrible situation, only to have to cancel because you can’t get something as simple as a clean shirt — well, then laundry matters a lot.

This is why Pope Francis’ comparatively tiny gesture can make such a big, big difference. 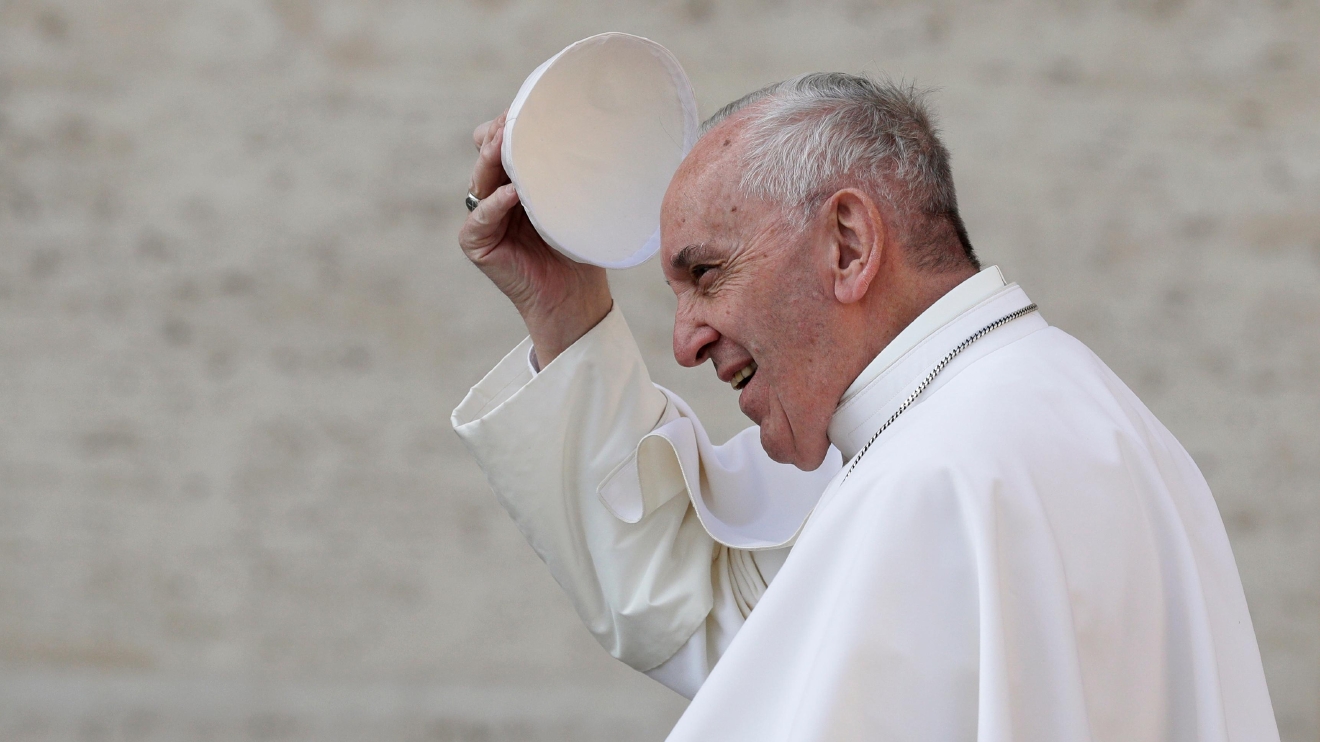 In Australia, a nonprofit called Orange Sky Laundry engineered a washer and dryer that can fit in the back of a van. Volunteers drive the vans–now a fleet of 11–on streets in Brisbane, Melbourne, Sydney, and other Australian cities, offering homeless people free loads of laundry.

Still, it’s a basic necessity that many people struggle to afford–and may be even more difficult to access for people who are on the verge of homelessness or not yet connected with other homeless services. In the 14 years that Laundry Love has operated, it has seen clear evidence of the need: to date, the program has helped nearly 750,000 people do a million loads of laundry.

“We have a large constituency of people who are going through the wringer,” says Russinger. “They’ve lost jobs, they’ve lost houses, they’re in their cars or low-income hotels, nobody knows about [their homelessness] because if they shared about that, they could lose whatever job they might have. There’s a large constituency of people . . . that most people don’t see and think about. That’s who we see.”

Pope Francis’s new laundry might inspire others to also help. “I just appreciate the fact that he’s jumping on and recognizes that clean clothes matter to people, whoever they are, wherever they come from,” Russinger says. “I think it matters.”

The laundromat is just the latest of a long line of services the pope has opened for the homeless, including a barber shop, showers, and a dormitory. Say what you will about the church, but it’s hard to deny that Pope Francis really does seem to care about everyone, including our most vulnerable, marginalized neighbors. Go, pope.

BEAUTY AND FASHION: History of Iconic Braided And Cornrow Hairstyles