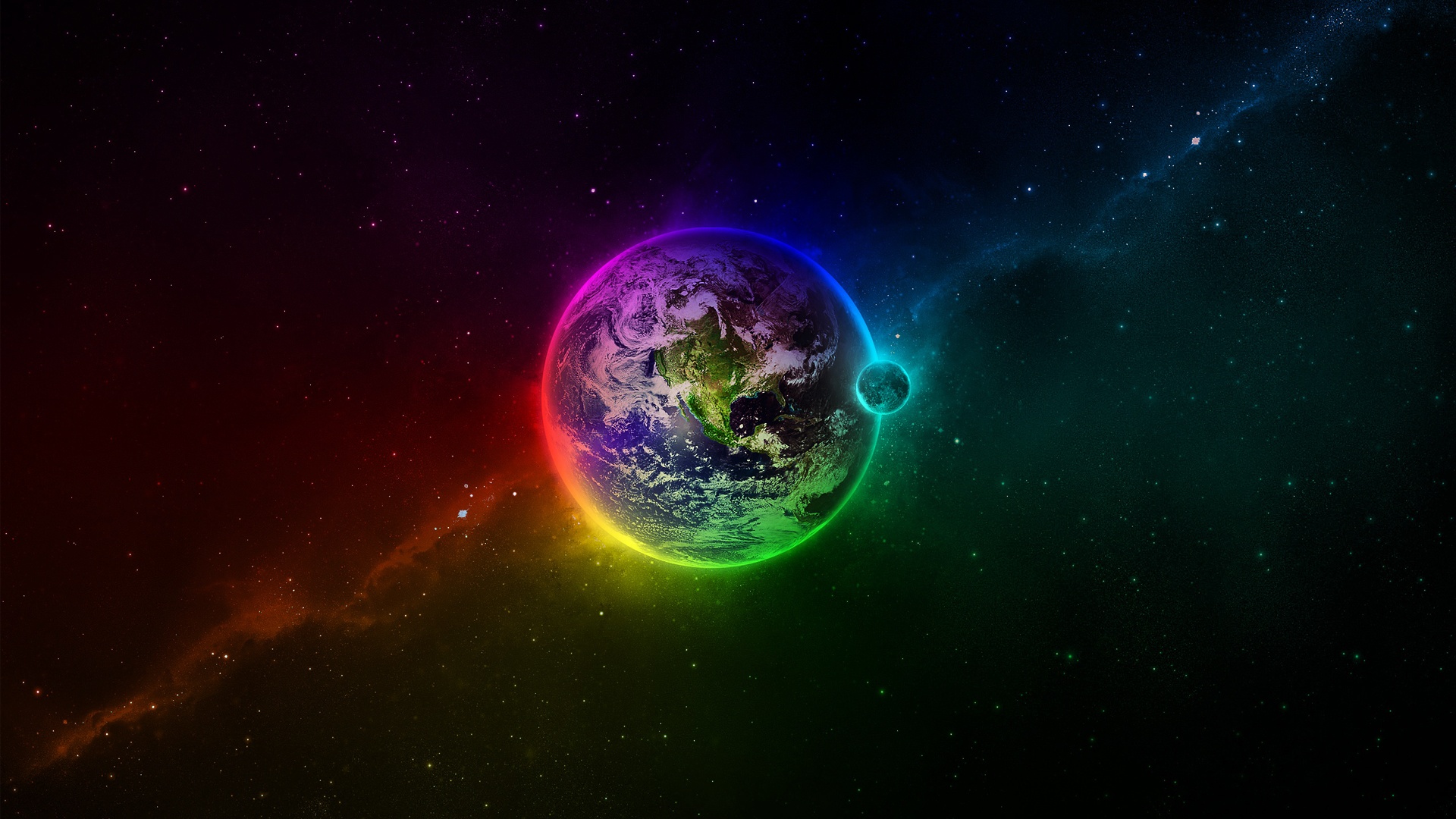 If everyone would look for that uniqueness then we would have a very colorful world.

It is concentrated predominantly in Linze and Sunan counties in Gansu Province. It is both the largest and the most typical of China’s arid area danxia landforms. Because of aridity, the Zhangye Danxia Landform differs from that of south China. It is very dry and desolate, without any vegetation, so geologists call this “window lattice and palace-shaped Danxia topography”.

Zhangye Danxia Landform is surrounded by colorful hills, which seem to rise and fall like waves: with rock strata of different colors mixed in graceful disarray, it is an imposing and magnificent sight. The Zhangye’s palace danxia formations and its colorful hills cover about 300 square kilometers.

Formed from red-colored sandstones and conglomerates, Danxia landform is a unique example of petrographic geomorphology. The name actually refers to various different landscapes in southeast and southwest China, that formed due to special nature’s conditions, such as water flow fissures, erosion, oxidization and tectonic plate movements. The formation process of Zhangye geopark took over 24 million years, dating back to the Cretaceous age.

Today the Danxia landform is a huge tourist attraction, with six of its landscapes inscribed onto the UNESCO World Heritage Site list in 2010. No one really knows how or when the between 1,268 and 1,776 Hershey’s Kisses shaped hills were either formed or constructed near Bohol, Philippines. The hills range in height between 150 to 450 feet high and are very regular in shape. The theories have hardened into fact; they were created through some geological process and are NOT man made.

Fly Geyser, also known as Fly Ranch Geyser is a small geothermal geyser that is located around 32 km north of Gerlach, in Washoe county, Nevada. The Geyser is located in Hualapai Flat.
Fly Geyser is located on the private Fly Ranch and is accessible only by a small private dirt road. The ranch is currently owned by Todd Jaksick. 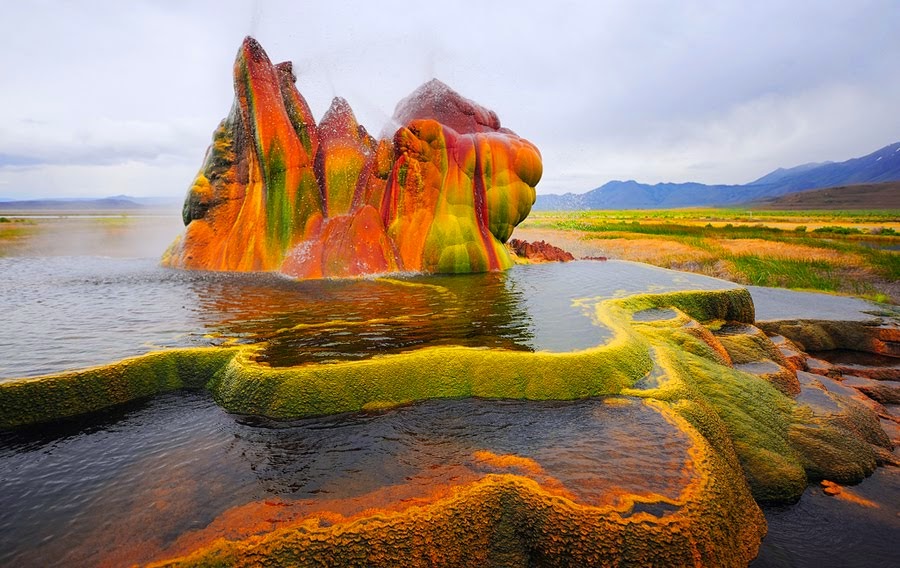 While massive gorges like the Grand Canyon are generally long and wide expanses of alluvial erosion caused by river debris cutting down through less resistant rock, slot canyons – or narrows – are very slim, twisting passages through the rock.

Antelope Canyon’s vertical, winding walls were carved by fast-flowing flash flood waters. The floods carried abrasive sand, rocks, logs and other debris picked up by the sudden torrents. Over millennia, these floods sculpted natural corridors through the soft sandstone.

While these deep fissures can measure just centimetres across in places, due to the fact that sea level was once much lower in the region they can be as steep as several hundred metres. But that isn’t to say that the canyon is a dark, dank grotto. Indeed, when the Sun is overhead, brilliant shards of light illuminate the base of the canyon to reveal the soft, dry sandstone’s many different layers of pink, red and orange. Wave Rock is a natural rock formation that is shaped like a tall breaking ocean wave. The “wave” is about 14 m (46 ft) high and around 110 m (360 ft) long. It forms the north side of a solitary hill, which is known as “Hyden Rock.” This hill, which is a granite inselberg, lies about 3 km (2 mi) east of the small town of Hyden and 296 km (184 mi) east-southeast of Perth, Western Australia. Wave Rock and Hyden Rock are part of a 160 ha (395-acre) nature reserve, Hyden Wildlife Park.

A wall lies above Wave Rock and about halfway up Hyden Rock and follows the contours of the wall. It collects and funnels rainwater to a storage dam. The wall and dam were constructed in December 1928 by the Public Works Department for the original settlers of East Karlgarin District. Both were renovated in 1951 to increase water capacity for the Hyden Township. Such walls are common on many similar rocks in the Wheatbelt. The Darvaza gas crater or “The Door to Hell” is a 60 meters wide and 20 meters deep hole in the heart of the hot, expansive Karakum desert in Turkmenistan, that has been on on fire for the last 38 years. But the hole is not of a natural origin. The large crater is a result of a Soviet gas exploration accident that occurred in 1971.

The Darvaza (also known as Derweze) area is rich in natural gas. While drilling in 1971, the Soviets accidentally tapped into a massive underground natural gas cavern, causing the ground to collapse and the entire drilling rig to fall in. To prevent escape of poisonous gas into the atmosphere, the geologists decided to light it on fire. They had hoped the fire would use all the fuel in a matter of days, but as it turns out, the supply of natural gas below the crater is near infinite as the crater’s been burning since. 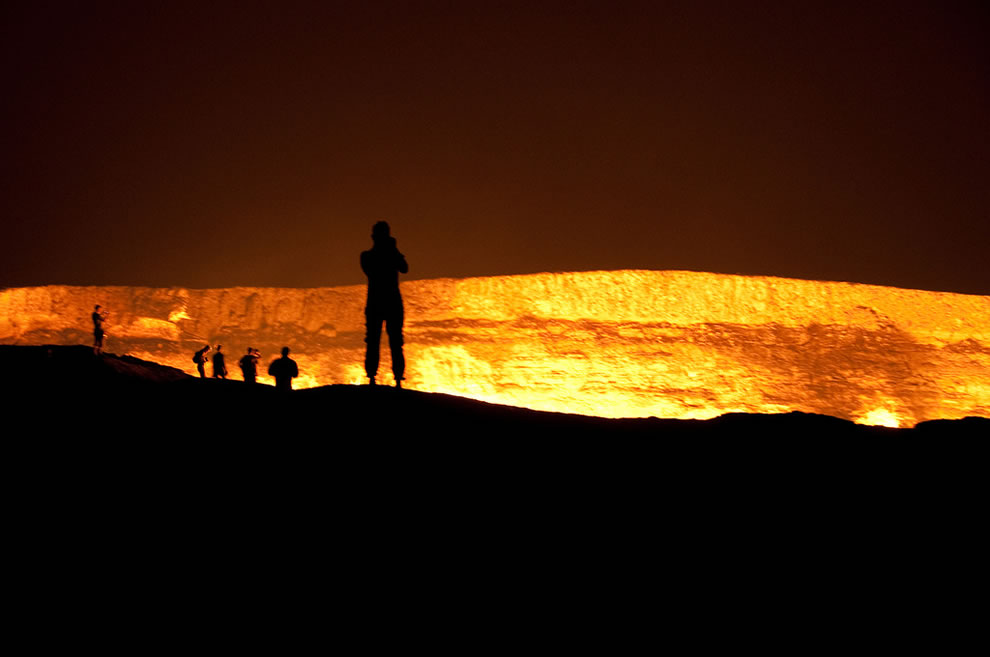 Bryce Canyon National Park  is a National Park located in southwestern Utah in the United States. The major feature of the park is Bryce Canyon, which despite its name, is not a canyon, but a collection of giant natural amphitheartre along the eastern side of the Paunsaugunt Plateau. Bryce is distinctive due to geological structures called hoodoos, formed by frost waethering and stream erosion of the river and lake bed sedimantary rocks. The red, orange, and white colors of the rocks provide spectacular views for park visitors. Bryce sits at a much higher elevation than nearby Zion National Park. The rim at Bryce varies from 8,000 to 9,000 feet (2,400 to 2,700 m).

The Bryce Canyon area was settled by Mormon pioneers in the 1850s and was named after Ebenezer Bryce, who homesteaded in the area in 1874.The area around Bryce Canyon became a National Monument in 1923 and was designated as a National Park in 1928. The park covers 35,835 acres (14,502 ha; 55.992 sq mi) and receives relatively few visitors compared to Zion National Park and the Grand Canyon, largely due to its remote location.

The Republic of Mauritius is located at the southeast coastline of Africa. It is a part of archipelago which was formed from inactive undersea volcano.  This island nation has two natural wonders and one of which is the three-thin waterfalls called Chamarel Falls. The other one is the multi-colored dunes that were discovered in 1960’s and was made from cooling off of lava at various times. As a result, 7 different sand colors were formed that includes violet, blue, green, purple, yellow, brown and red. The most amazing aspect is that when all 7 sand colors were mixed together, they will separate and then rejoin naturally according to their color grouping.

Mount Roraima is a table mountain that makes it as an extraordinary place.  On every side, it has 400 meters cliffs and the easiest way to reach it is through the natural staircase-like slope on the side of Venezuela. It takes an expert rock climber to reach it in other ways.  On top of Mount Roraima, it almost rains every day that washes away many nutrients needed by plants to survive and creates a unique landscape on the sandstone surface. Although there are a few marshes where plants can properly grow, the mountain has several unique species such as the carnivorous pitcher plant.

This is a noticeable circular feature located in Mauritania’s Sahara desert that drew attention ever since the first missions in the space. It forms a prominent bulls-eye instead of featureless stretch of dessert. The diameter of Richat Structure is about 30 miles or 50 kilometers and now a landmark for the crews of space shuttle. 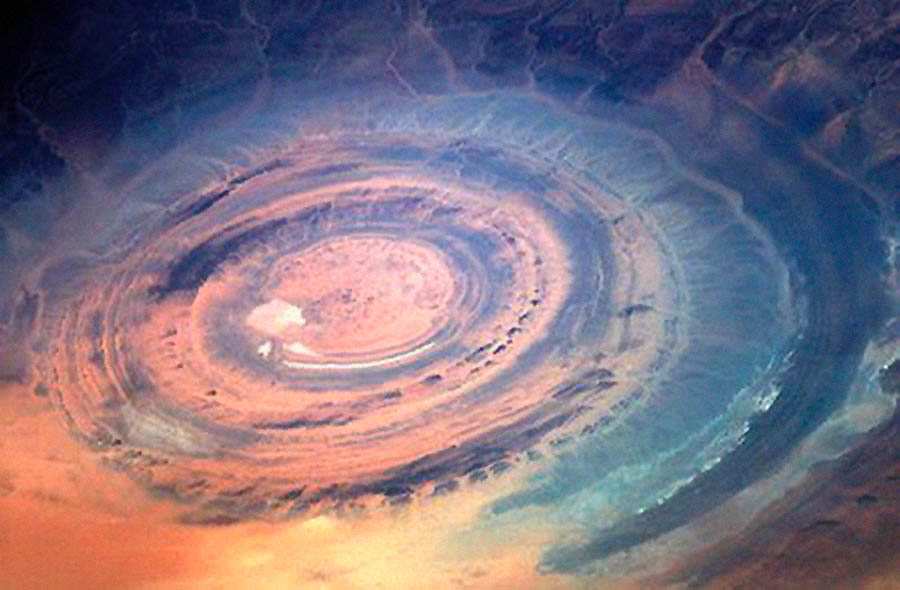 This image was taken by an Expedition 15 crew member on the International Space Station (darkroastedblend.com) 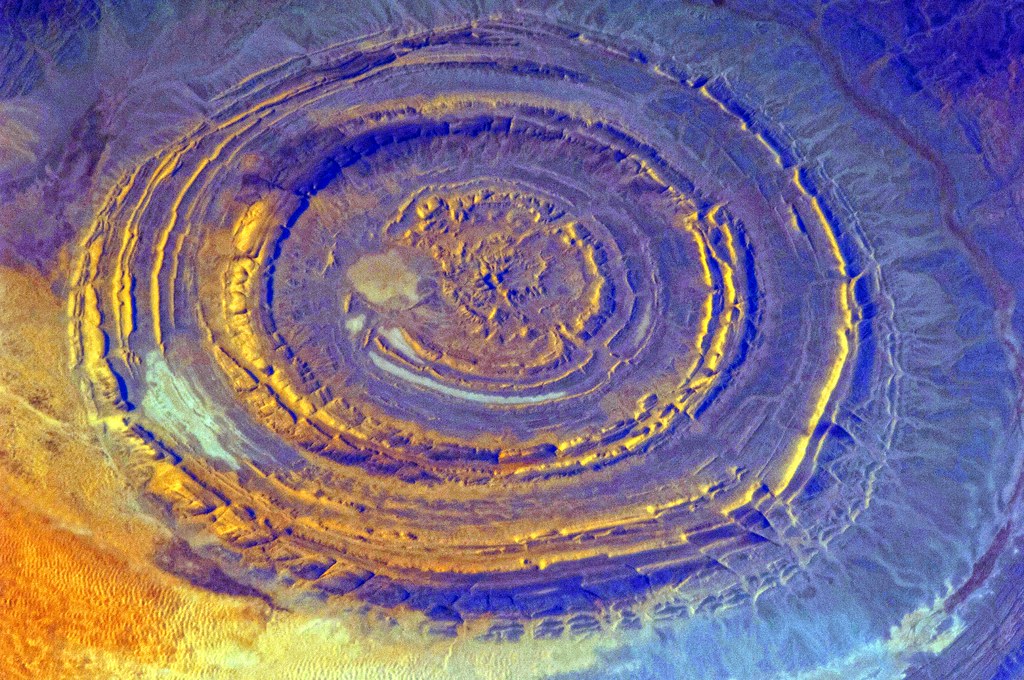 Treatment: 90-Second Relief Technique for a Stiff ...
What are Unidentified Flying Object (UFO) and Uni...
How Can You Tell That You Have Diabetis?
To Honor Paris November 13, 2015 Victims: Famous L...