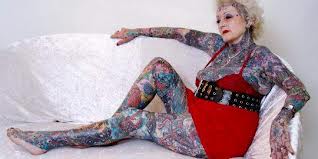 The history of tattoos dates back thousands of years. In 1991, scientists uncovered the 5,200-year-old “Iceman” mummy with an early prototype of tattoos clearly visible on his wrinkled skin. According to Cate Lineberry at the Smithsonian, these tattoos seemed to have been “applied to alleviate joint pain and were therefore essentially therapeutic.” A tattoo mustache was also found on a South American mummy from 6000 B.C., apparently meant to make the man more appealing to his spouse. “It was a cosmetic tattoo, to make his wife more attracted to him, to make him more appealing,” Dr. Lars Krutak, a tattoo anthropologist, said in an interviewwith Fox Magazine. Who said vanity was a new concept?

Around the world, tattoos serve as important symbols of a person’s religious beliefs, commemorate achievements and mark rites of passage. In all these spaces, tattoos are typically respected as something deeply intimate. Yet in countries, tattoos are still too often seen as irresponsible and a sign of rebellion.

Tattoos are popular and more people are tempted to have tattoo. Basically, once you will have a tattoo, you  will be wearing it for life. It’s not easy to find a right tattoo. Perhaps, what you currently find it beautiful and awesome, in a couple of years maybe not anymore. So there are many  people who seem to regret that ends in asking for  tattoo removal treatment in beauty salons or other institutes.

Keep it a bit sublte because sometimes it’s big enough that you won’t see this in real life. For example, a butterfly from about 5 inch in diameter.

2. Sometimes, it’s too much and unprofessional

Other people think the more, the better. They started with one tattoo and end up with no space left. But having this, you should also consider what kind of a job you want because there are companies are not accepted and could be the reason for rejection. So place your tattoo which is not so obvious or can be hidden.

The name of your love tattooed on your body parts but sooner or later, it could not be seen anymore because of parted ways.

As you get older, your skin gets older too. Color fades as time goes by. Your skin will lose its firmness which means that tattoos will also sag a bit. 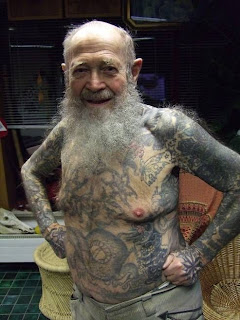 A misspelled name or incorrect dates is stupid mistakes.

Will this be funny 10 years later?

If you will gain weight over the years, the tattoo will expand and will look odd and funny. The “tramp stamp,” a phrase used to refer generally to all tattoos on the lower back, is a classic part of pop culture lore.

Unfortunately, it’s also classic slut-shaming. Tattoo placement should not be an indicator of one’s personal tendencies, just as certain types of clothes should not be used to justify judgements about women’s sex lives. As Melissa Fabello over at Everyday Feminism says: “Since when does ink in my skin turn my body into public property?”

9. “Are your parents going to be disappointed in you?”

Some parents are relatively cool , while others are not so much.

Unlike jewelries, tattoo can’t be replaced when you are tired of them. Getting a tattoo means you’re stuck to it. Think first before having a tattoo.

PEOPLE: 'You're hurting me!' Pensioner is dragged to jail by police after 'falling behind on her rent' – just days before her 94th birthday