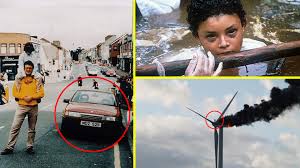 1. An extraordinary picture that has gone around the world of a knife plunged into the back of a woman mugging victim is genuine, it was revealed by doctors in Moscow tonight.

Julia Popova, 22, was stabbed by a mugger as she walked home from work one day last autumn – but she was so traumatised by the attack that she walked home without realising the knife was embedded in her, just a fraction of an inch from her spinal cord.

In the image, blood is shown gushing from the wound as surgeons stare in awe, apparently preparing to operate to remove the six-inch blade. (dailymail) 2.  In perhaps the most horrifying case, John Gilpin, an amateur photographer in Australia, unintentionally captured a young stowaway, Keith Sapsford, 14-year-old boy falling out fell 200 feet to his death from a Japan Airlines plane, taking off from Sydney, Australia, and bound for Tokyo.

The story goes that Keith had run away from a ‘boys town’ in Sydney, with a burning desire to see the world. He, apparently, stowed himself away in the wheel housing of the aircraft, several hours before the plane took off. When the door of the wheel housing opened after takeoff so the wheel could be retracted, the boy fell to his untimely and tragic death. (unbelievable-facts.com)

3. In March 1993, while on a trip to Sudan, photographer Kevin Carter was preparing to photograph a starving toddler trying to reach a feeding center when a hooded vulture landed nearby. Carter reported taking the picture, because it was his “job title”, and living. He was told not to touch the children for fear of transmitting disease.

He committed suicide three months after winning the Pulitzer Prize. Sold to the New York Times, the photograph first appeared on 26 March 1993 and was carried in many other newspapers around the world. Hundreds of people contacted the newspaper to ask the fate of the girl. The paper reported that it was unknown whether she had managed to reach the feeding centre. In April 1994, the photograph won the Pulitzer Prize for Feature Photography. (atomica.com)

4.  “The most beautiful suicide”. Evelyn McHale. On the 1st May 1947, just after leaving her fiancé, Evelyn McHale wrote a note. “He is much better off without me I wouldn’t make a good wife for anybody.” She then jumped 86 floors from the top of the Empire State Building. She was 23 years old.

On the ground below, a photography student named Robert Wiles managed to capture the scene minutes after her body landed on top of a United Nations limousine parked at the curb. 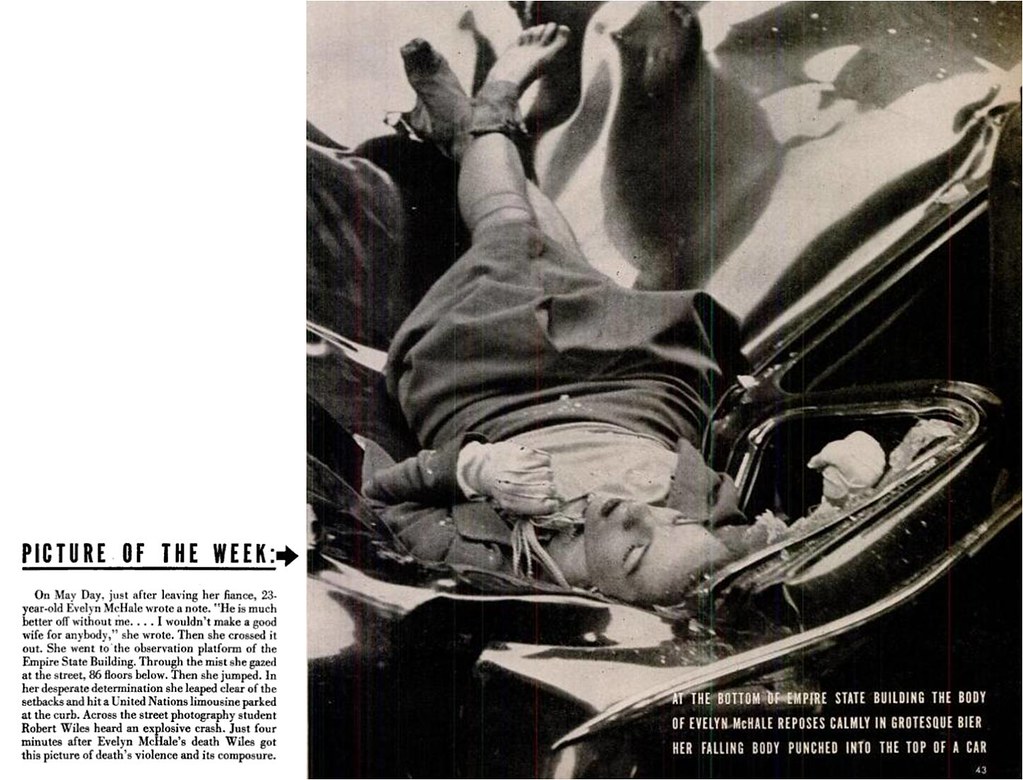 5. Two engineers hug and cling to each other as fire and smoke creeps toward them. They both died after. According to news reports, one of them jumped off the turbine while the other succumbed to the fire. What makes this more heartbreaking is that the two engineers are just aged 19 and 21. This accident happened in October of last year at a wind farm in Ooltgensplaat, Holland. A crew of four were conducting routine maintenance at the 67-meter high wind turbine when fire suddenly broke out. Two of the four people were able to escape while the other two got trapped. (archipelagofiles.com) 6. The last picture taken by Reynaldo Dagsa, who inadvertently captured the face of his assassin moments before he was shot and killed.

Reynaldo Dagsa was a Filipino politician. He served as councilman for Barangay 35 in Maypajo, Caloocan until his assassination on January 1, 2011. Dagsa’s death achieved notoriety due to the fact that he was in the process of taking a New Year’s Day family photo on Tuna Street when he was killed. The picture inadvertently captured the faces of both his killer and a lookout for the killer. The shooter was quickly identified as a convicted robber that was out on parole named Michael Gonzales. The lookout was a man named Rommel Oliva. 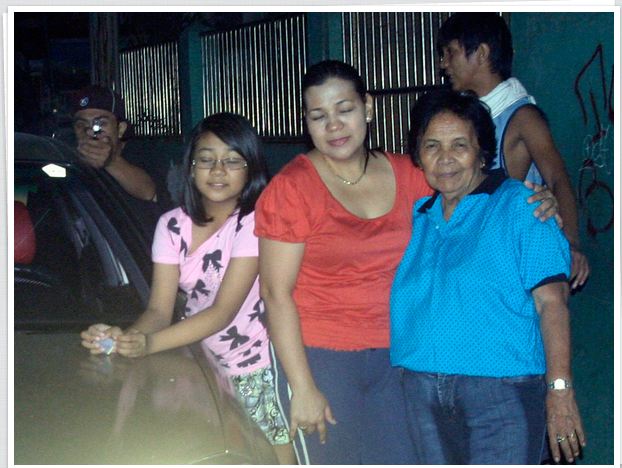 7. This picture was taken by serial killer Robert Ben Rhoades. 14 year-old victim Regina Kay Walters was one of numerous women held in an 18-wheeler equipped with a torture chamber in the back. The photo was taken in an abandoned Illinois barn, where Rhoades killed Walters, before cutting off her hair and making her wear a black dress and heels. (bizarrepedia.com) 8. Colombian girl named  Omayra Sanchez before dying after 55-hours of painful struggle due to being pined down by house debris caused by flooding due to a volcanic eruption. 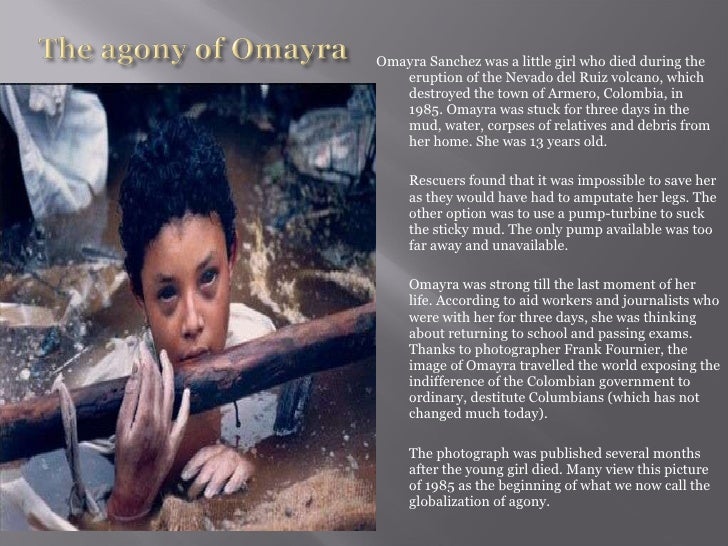 9. A man holding a woman tightly in a hope to prevent her during a 8-storied building collapse in  Dhaka, Bangladesh. The collapse claimed thousands of lives.

10. Bhopal Gas Tragedy 1984 is another shocking, really terrifying incident of the modern world that took more than 15,000 lives within no time. It was the worst industrial tragedy in the history of Indian that injured more than 558,000 people. This was the result of human ignorance regarding safety maintenance and standards procedures at UCIL (Union Carbide India Limited). This negligence resulted in a massive human and environmental disaster in 1984. See one of the dead victims (a little kid) of this incident in this picture.

11. 30-year-old Travis Alexander showering before being brutally murdered by his ex-girlfriend, Jodi Arias. It was widely distributed via news channels after the murder occurred. That cannot, however, take away from the impact the image has on the mind.

In 2008, friends found Travis Alexander dead in his home in Mesa, Arizona. He was found on the floor of his shower with 27 stab wounds, a slashed throat, and a gunshot wound to the head. Arias initially denied killing Alexander, stating that she believed he was murdered during a burglary, but she later changed her statement, saying that she killed Alexander in self-defense.

Jodi Arias is now in jail awaiting her sentencing trial, which will take place on September 8, 2014. You can view some of Arias’s original artwork here, if you’re into that sort of thing. Yet the chilling pictures of Travis Alexander in his final moments are not to be taken lightly and remain just as potent today as they ever were. (viralluxury) 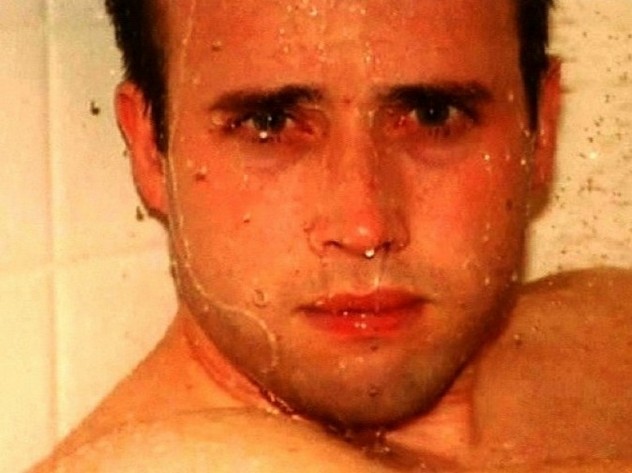 12. On August 15, 1998, a car bombing took place in Omagh, Northern Ireland. It was carried out by the Real IRA and resulted in the deaths of 29 people, while further injuring over 200. The bombing took place during “the Troubles,” an ethno-nationalist conflict in Northern Ireland that lasted for over 30 years. The Omagh car bombing had the highest death toll of any incident during “the Troubles.”

The camera containing this picture was found buried beneath the rubble, boasting this snapshot of a quiet street moments before the impact of the bomb. One of the more poignant pictures published in the aftermath of the Omagh bombing, this image is now infamous. The serenity, the smiles, the unknown threat—it all makes for a truly harrowing image. One that inadvertently foreshadows a massacre, unbeknownst to the people in this snapshot frozen in time. (viralluxury) 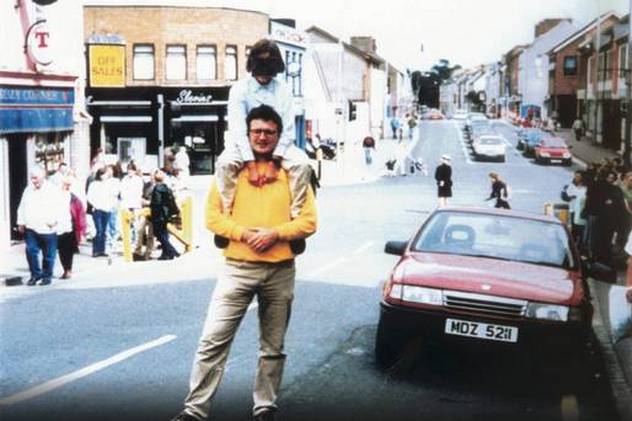 Poem: Because I Did Not Die
One Love by Bob Marley and Song Facts
PHOTOGRAPHY: Winter Season, “Let us love win...
Wackiest and Weirdest Underwears

Poem: Because I Did Not Die
One Love by Bob Marley and Song Facts
PHOTOGRAPHY: Winter Season, “Let us love win...
Wackiest and Weirdest Underwears