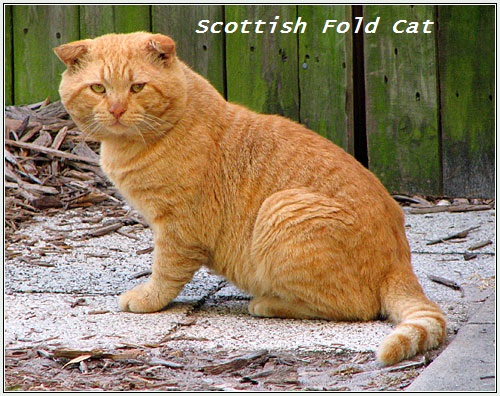 The domestic cat is a small, usually furry, domesticated, and carnivorous mammal. They are often called a housecat when kept as an indoor pet, or simply a cat when there is no need to distinguish them from other felids and felines.

The domestic shorthair and domestic longhair are not breeds but terms used in catfancy to describe cats that do not belong to a particular breed.

The Somali cat was created as the result of a recessive gene in the Abyssinian cat, which is one of the oldest cat breeds. The Somali, as a matter of fact is just a long haired Abyssinian. No one is sure as to how the longhaired gene made it into the Abyssinian’s gene pool. This cat is well know for its long bushy tail, which gives it the look of a fox.  The Somali’s are traced back to British breeder, Janet Robertson who had exported some Abyssinian kittens in the 1940s to Australia, New Zealand and North America.  Recipients of these cats would often spot a kitten amongst the descendants of the cat, with long-fuzzy hair.  The Somali was named by breeder, Janet Mague and in the late 1970s was accepted fully as a breed of its own.  The Somali was accepted by the Cat Fanciers Association (CFA) in 1979. The Maine Coon is the largest domesticated breed of cat. It has a distinctive physical appearance and valuable hunting skills. It is one of the oldest natural breeds in North America, specifically native to the state of Maine,  where it is the official state cat. A Savannah cat is a cross between a domestic cat and the serval, a medium-sized, large-eared wild African cat. The unusual cross became popular among breeders at the end of the 1990s, and in 2001 the International Cat Association accepted it as a new registered breed. In May 2012, TICA accepted it as a championship breed.

A Bengal breeder, Judee Frank, crossbred a male serval, belonging to Suzi Woods, with a Siamese (domestic cat) to produce the first Savannah cat (named Savannah) on April 7, 1986. In 1996, Patrick Kelley and Joyce Sroufe wrote the original version of the Savannah breed standard and presented it to the board of  The International Cat Association. In 2001, the board accepted the breed for registration.

Egyptian Maus are a small- to medium-sized short-haired cat breed. Along with the Bahraini Dilmun Cat, they are one of the few naturally spotted breeds of domesticated cat. The spots of the Mau occur on only the tips of the hairs of their coat.

a balance between the compactness of a Burmese and the slim elegance of a Siamese. Its medium-length body is muscular, with the hind legs longer than the front, giving the Mau the appearance of standing on tiptoes when upright. 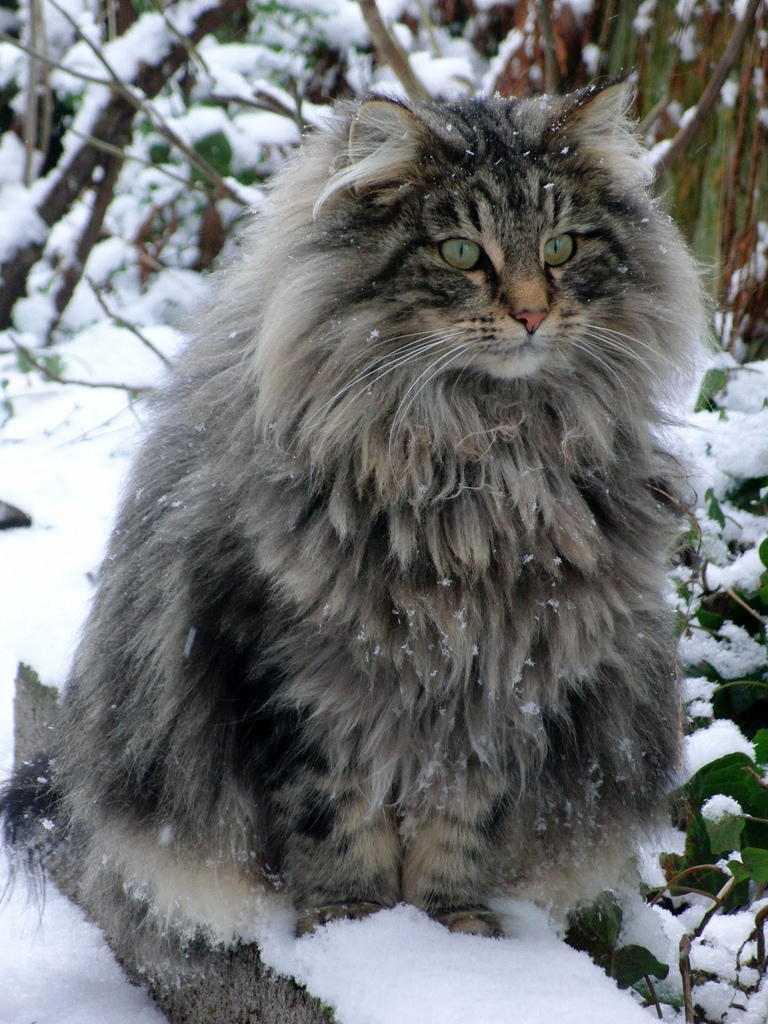 The  Norwegian Forest Cat is a domestic cat breed that originated in Northern Europe, and one that is naturally at home in cold climates, possessing a long, water resistant coat with an extra layer of insulation provided by a denser, more woolly undercoat. One of the larger domestic cat breeds, the Norwegian Forest cat is a robust and visually impressive cat that enjoys spending a lot of time outdoors and roaming around. They are popular as pets both in their home country of Norway and the other Scandinavian countries, and also enjoy a considerable following here in the UK.

As with so many cat breeds, little is known of the Russian Blue’s origins. He probably does come from Russia—his thick coat is surely that of a cat from colder climes—and he is considered a natural breed, meaning Matushka Nature created him, not the handiwork of humans. The Russian Blue’s development as a breed, however, took place primarily in Britain and Scandinavia, starting in the late nineteenth century, when showing and breeding cats became a popular activity.

The RussianBlue made his first appearance on the world stage of the cat fancy at an exhibit of cats held at London’s Crystal Palace in 1875. Labeled an Archangel Cat, because he was said to be from the Russian island of Archangel, he competed against other blue cats of varying types. A newspaper report of the show described the Russian Blue as “very handsome” and “particularly furry,” adding “They resemble mostly the common wild grey rabbit.” Other early names by which the breed was known were Maltese and Foreign Blue.

The Korat has a unique color, defined as silver-tipped blue, which gives it a shimmering shine. The color appears to absorb light, giving a “halo” effect.

The Korat is a natural breed, and one of the oldest stable cat breeds. Originating in Thailand, it is named after the Nakhon Ratchasima province (typically called “Korat” by the Thai people). In Thailand, the breed is known as Si-Sawat, meaning “color of the sawat seed”. The Korat is known colloquially as the “good luck cat”.Traditionally, they are given in pairs to newlyweds or people who are highly esteemed, for good luck. Until recently, Korats were not sold, but only given as gifts. Manx come in both longhair and shorthair varieties. Both varieties have double coats which should be very dense and plush. Shorthairs should have an outer coat which is somewhat hard and glossy.

The Manx cat, in earlier times often spelled Manks, is a breed of domestic cat originating on the Isle of Man, with a naturally occurring mutation that shortens the tail.

The Persian is a long-haired breed of cat characterized by its round face and short muzzle. In Britain, it is called the Longhair or Persian Longhair. It is also known as the Shiraz or Shirazi, particularly in the Middle East. 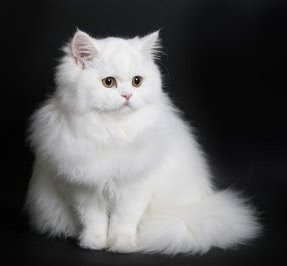 The Himalayan, is a breed or sub-breed of long-haired cat identical in type to the Persian, with the exception of its blue eyes and its point colouration, which were derived from crossing the Persian with the Siamese. Ragdolls are large, bulky and handsome cats. They have been commonly referred to as “the gentle giants” – because in spite of their handsomeness and grace, they are extremely even-tempered and docile.

The Ragdoll is a cat breed with blue eyes and a distinct colorpoint coat. It is a large and muscular semi-longhair cat with a soft and silky coat. Developed by American breeder Ann Baker, it is best known for its docile and placid temperament and affectionate nature. The name “Ragdoll” is derived from the tendency of individuals from the original breeding stock to go limp and relaxed when picked up.

The American Shorthair is a breed of domestic cat believed to be descended from European cats brought to North America by early settlers to protect valuable cargo from mice and rats. 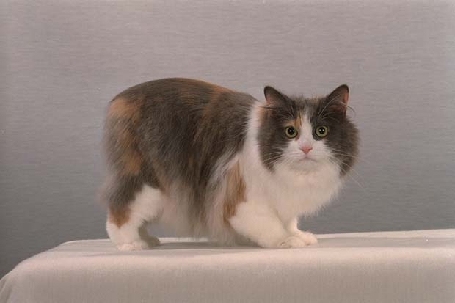 The Cymric is a breed of domestic cat. A naturally tailless, sweet cat, the Cymric loves to play and requires daily grooming of a double coat.  Some cat registries consider the Cymric simply a semi-long-haired variety of the Manx breed, rather than a separate breed. The origin is in Canada, Isle of Man.

The Devon Rex is a loyal breed that shows endless affection towards its owner. Known as the “poodle-cat,” their coats shed much less than other breeds, helping them to be cleaner around the house.

he Devon Rex is a breed of cat with a curly, very soft short coat similar to that of the Cornish Rex. They are often associated with being one of the most hypo-allergenic cats available because of their type of coat. However, they are technically not hypoallergenic. 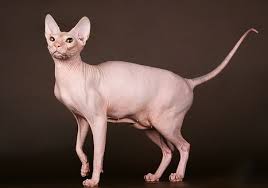 The Donskoy is an extremely friendly and intelligent breed of hairless cat that loves its family in an extremely devoted way. Because of this, they think they need to be around you at all times.

22 Enchanting Historic Bridges
‘I was raped 300 times as I slept – by...
Inspiring Quotes For Children To Respect Animals (...
Why Steve Jobs Didn’t Let His Kids Use iPads (And ...

Health: The Pervert, A person Who Is Sexually Deviant Or Seems Creepy