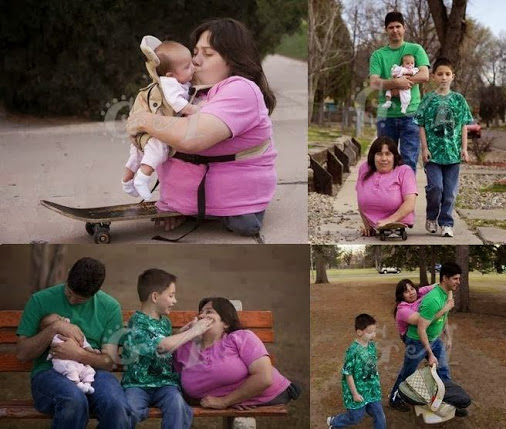 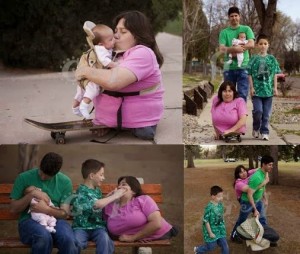 1. ROSEMARIE SIGGINS – THE WOMAN WITH A HALF BODY

Rosemarie Siggins from Pueblo, Colorado, is a car nut: she’s been into cars, trucks and all things automotive since the age of three. She also has only half a body. Born with a rare genetic condition that meant her legs were deformed and without sensation, Rose had her legs amputated as a young child. However, she is determined not to let this get in the way of living her life, even giving birth to a healthy son seven years ago. When people ask her how she deals with her disability, she replies: “This is my reality. This is my normal.”

Rose is determined to live as a full and normal a life as possible. She uses her arms and hands to get around, travelling on a skateboard at times and driving a specially adapted car which she maneuvers using hand controls. She is grateful to her parents for making the difficult decision to have her legs amputated, rather than putting her in a wheelchair. Rose also chose not to wear the prosthetic legs her school wanted her to use, a decision which was supported by her parents.

In 1999 Rose married Dave, who she had met two years earlier. When Rose learned that she was pregnant, she received little support from the medical community since nobody with her genetic condition had ever given birth before. Dr Wolfson was the only doctor not to recommend an abortion, but did warn Rose and Dave that her extraordinary and ground-breaking pregnancy was putting her life on the line. A caesarean was performed at the top of her uterus, a more dangerous method of delivery, and a healthy boy named Luke was born. Rose recalls looking at her baby’s feet and thinking: “He’s complete; he’s fine.” Dr Wolfson considers Rose’s pregnancy a miracle – as does Luke’s proud mother.
Rose has lived her whole life weathering the stares of strangers and tries to protect her son from the cruelty of children by talking to his friends about her disability. She’s had to learn from a young age that not everybody is going to accept her as she is: “That’s what I had to learn when I was very young: maybe I won’t be accepted and be beautiful on the outside, but the one thing I can do is be beautiful on the inside. I’m a one of a kind, one in a million – and they won’t forget me. 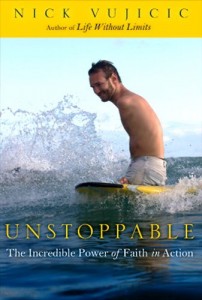 2. NICHOLAS JAMES VUJICIC (BORN 4 DECEMBER 1982) IS A PREACHER, AND THE DIRECTOR OF LIFE WITHOUT LIMBS.

Born without limbs due to the rare Tetra-amelia disorder,
Vujicic had to live a life of difficulties and hardships throughout his childhood.
At seventeen, Nick started his own non-profit organization ‘Life Without Limbs.’
After school, Vujicic attended college and graduated with a double major.From this point on,he began his world wide speaking travels
and his life attracted mass media coverage. He is married to Kanae, (baby Kyoshi James born Feb 2013) and he regularly speaks on identity, disability, eternal hope, and finding meaning in life. 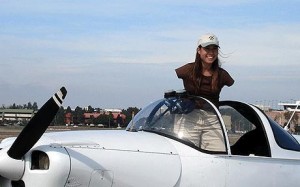 A 25-year-old woman with no arms has become the first pilot ever to fly a plane using only her feet.

Jessica Cox suffered a rare birth defect and was born without any arms.
The psychology graduate can write, type, drive a car, brush her hair and talk on her phone simply using her feet.
Ms Cox, from Tuscon, Arizona, USA, is also a former dancer and double black belt in Tai Kwon-Do.
She said: “I never say, ‘I can’t do that’. I just say, ‘I haven’t worked it out yet,'” said Jessica.
“Putting my hair in a pony tail and rock climbing are still on my list. Those rubber hair ties get me every time.”
She explained “I was born this way so I’ve just learned to adapt.”
“When I was born my parents were shocked. But they never made me feel like I was any different.
“Other people always stared at me or made comments but I turned negative feelings into something positive. It’s made me very driven.”
The only thing she was afraid of was flying.
She said: “I’ve been terrified and fascinated of flying for as long as I can remember.
“I remember at school I couldn’t go on the swings or monkey bars because they were impossible for me to play on.
“I used to shut my eyes and imagine myself flying over the playground like Superwoman instead.”
She grew up worried every time she had be an aeroplane passenger.
But three years ago she was given the chance to overcome her fears.
She said: “A fighter pilot, who represents the charity Wright Flight asked me if I’d like to try flying one myself.
“At first I thought he was nuts. I would have been scared enough if I had arms, let alone without them.
“But he kept insisting I would love it and so I started to see it as the ultimate challenge.”
She learned to fly in rudderless light Ercoupe aircraft, where you only need your hands to control it rather than both hands and feet.
She took three years instead of the usual six months to complete her lightweight aircraft licence, had three flying instructors and practiced 89 hours of flying.
She said: “The first time my instructor let me take the controls I remember being terrified but I was hooked immediately.
“Most people were encouraging – but some thought I was taking a dangerous risk. I had to be very determined and persistent.
“It took me three hard years to complete – but it is the most fantastic feeling in the world.
Ms Cox is now training to become an instructor – so she can help other disabled people learn to fly.
“There are so many ways that disabilities can make people believe that they ‘can’t’ achieve their dreams,” said Jessica, who has not used artificial arms since was 13.
“But I’m evidence that you can.” 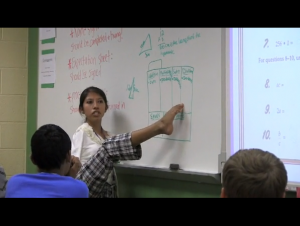 4. MARY GANNON, TEACHER WITHOUT ARMS TELLS STUDENTS “DON’T GIVE UP”

Mary Gannon was born without arms. She now works as a math tutor at a middle school in the Lakewood school district west of Cleveland.
Her students say she can do everything a “regular” teacher can do, Lakewood Patch reports. She uses her toes to write on white boards, handout papers and type.
Gannon tells Patch she uses her own life as a lesson about the value of persistence and perseverance for her students:

“I’m doing what I wanted to do, what i love to do. And if you set your mind to whatever you want to do and you love to do then — go for it — no one can stop you.” 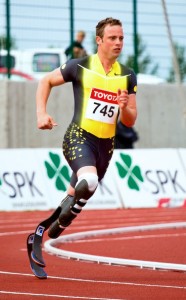 Oscar Leonard Carl Pistorius (/pɪsˈtɔriəs/; born 22 November 1986) is a South African sprint runner. Although both of Pistorius’ legs were amputated below the knee when he was 11 months old, he has competed in events for single below-knee amputees and for able-bodied athletes.

After becoming a Paralympic champion, Pistorius attempted to enter able-bodied international competition, over persistent objections of the IAAF and charges that his artificial limbs gave an unfair advantage. Pistorius eventually prevailed in this legal dispute. At the 2011 World Championships in Athletics, Pistorius became the first amputee to win an able-bodied world track medal. At the 2012 Summer Olympics, Pistorius became the first double leg amputee to participate in the Olympics when he entered the men’s 400 metres and 4 × 400 metres relay races. At the 2012 Summer Paralympics, Pistorius won gold medals in the men’s 400-metre race and in the 4 × 100 metres relay, setting world records in both events. He also took silver in the 200-metre race, having set a world record in the semifinal.

In February 2013, Pistorius fatally shot his girlfriend, Reeva Steenkamp, in his Pretoria home. He said he had mistaken Steenkamp for an intruder, but he was arrested and charged with murder. At his trial in 2014 he was found guilty of culpable homicide. In October 2014, Pistorius received a five-year prison sentence for culpable homicide (and a concurrent three year suspended prison sentence for a separate reckless endangerment conviction)

CAPPADOCIA : Göreme National Park and the Rock Sit...
What makes Good People Do Bad Things?
She may suffer from Zoophilia, or sexual activity ...
ANIMALS: Turkeys Circle a Dead Cat in a Creepy Mar...

10 Bone-Chilling Urban Myths — That Aren’t Really ...
For peace is not mere absence of war, but is a vir...
Lives Like Garbage: Children with Birth Defects Ab...
Celebrities with Physical Defects: Ugly or Special...

10 Bone-Chilling Urban Myths — That Aren’t Really ...
For peace is not mere absence of war, but is a vir...
Lives Like Garbage: Children with Birth Defects Ab...
Celebrities with Physical Defects: Ugly or Special...