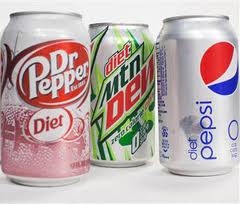 Diet soda as bad as meth or crack cocaine for your teeth, study claims.
OTHER VERSIONS

Diet soda as bad for teeth as meth, dentists prove.

Mixture of hoax and facts.

These are the messages that flooded internet, talking about a study that warns intake of Diet Soda is as bad as Meth or Crack Cocaine for your Teeth. The claims are mixture of hoax and facts.

Many news reports that took to this study published in the journal General Dentistry did not convey the complete details. The reports said that consuming large amounts of diet soda for long periods of time can lead to tooth erosion, rotting, decay and other types of oral damage – as bad or worse as the effects experienced by long-term drug users. The reports also showed couple of disturbing pictures (shown in Image Gallery) from the study that show deformed tooth of Meth user and Diet Soda abuser.

The said study was in fact a case study titled ‘Dental erosion due to abuse of illicit drugs and acidic carbonated beverages’ published in a journal of the Academy of General Dentistry. The study used a sample size of only three people who had unique habits. It was observed that a woman in her 30’s who drank about two liters of diet soda every day for about 3-5 years suffered from eroded teeth that resembled those of a 29-year-old meth addict who had been taking drugs for 3 years and a 51-year-old crack cocaine user who had an 18-year-history of drug abuse. The woman’s teeth were soft, discolored and eroded, and dentists could not save any of the affected teeth. All her tooth were removed and replaced with dentures – similar to the two drug abusers of Methamphetamine and crack.

The author of the study, Mohamed A. Bassiouny, a researcher and professor of dentistry at Temple University in Philadelphia, insisted that he is not trying to scare soda drinkers. But in two decades of his examining patients, he said he has observed striking similarities between the lesions on the teeth of crack and methamphetamine addicts, and those on the teeth of people addicted to soda.
The woman chose to drink diet soda as she was worried that regular soda would cause her to gain weight, and the artificially sweetened beverages are associated with risks. But she also admitted that she hadn’t seen a dentist in years.

Diet soda, like crack cocaine and meth, is highly acidic, and certainly wears away enamel and causes teeth to become susceptible to cavities — when consumed in large quantities over a period of time. How often you drink soda, how much you drink and how long it’s in your mouth are the important deciding factors of the damage.
Consumers often think that the sugar-free drinks like diet soda will prevent them from gaining weight, and they soon get addicted to them. Such habits, paired with poor dental hygiene, can damage your teeth. To avoid these issues:

> Drink in moderation
> Make it a habit of washing away the acidity of such substances with water after the intake.
> Follow good dental hygiene, like brushing twice daily, flossing your teeth and visiting the dentist regularly.

Health: Health Benefits Of Wheatgrass, Facts and M...
Let The Love Begin by Kyla and Jerome John Hughes
PERSONALITY: How An “Ugly Duckling” Tu...
Your Love Is Blind Lyrics by Ramzi

VIRAL HOAX: Dangerous Hoax - 'A Needle Can Save The Life of a Stroke Victim

HEALTH: A 42p Cucumber Could CURE Erectile Dysfunction Without Causing Viagra-like Side Effects

Travel: 18 Spectacular Places You Wouldn’t Believe Are In Pakistan