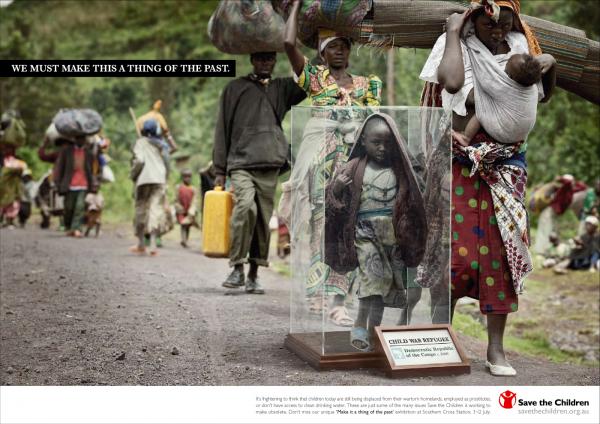 This world’s anguish is no different
from the love we insist on holding back.

NO young child is an enemy who doesn’t even understand war.

“….modern wars are exploiting, maiming and killing children more callously and more systematically than ever”

Turkish photographer Osman Sağırlı took this picture at a Syrian refugee camp: Nadia Abu Shaban’s post on 24 March has been shared more than 14,000 times, sparking threads on Reddit and other forums being inundated with thousands of comments.

This photo of a Syrian child so scarred by war that she stared into a camera lens believing it was the barrel of a gun and raised her arms in surrender has  been shared around the world.

The fear in the little girl’s eyes as she bit her lip to stop herself crying has caused an outpouring of emotion about the “heart-breaking” showing how “humanity failed” in the Syrian civil war. 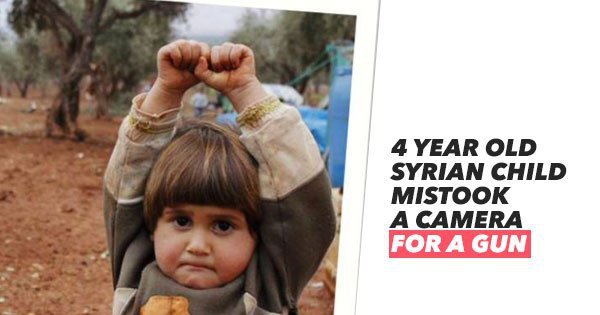 After heartbreaking picture of four-year-old Syrian girl ‘surrendering’ to photographer, Red Cross worker shares image of SECOND youngster putting her hands up because she thought camera was gun

Philip Jones-Griffith, A child on the infamous path in My Lai where 504 people, mainly women, children and babies, were murdered by American troops, 1968

With her brother on her back a war weary Korean girl tiredly trudges by a stalled tank, at Haengju, Korea. June 9, 1951. The salute was the little Filipino lad’s own idea, when a Coast Guard Combat Photographer encountered him somewhere on liberated Leyte Island. Ca.1945. Malnourished Vietnamese child eating a can of American C-rations at a refugee camp during the Vietnam War, Vietnam”, by Paul Schutzer, 1965 Biafra, 1969:A starving albino boy, harassed and discriminated against for the colour of his skin, clutches an empty corned-beef tin at an orphanage ~ Don McCullin

Damascus Center for Human Rights Studies documented on Thursday 4/12/2014 Forty Three (43) victims who were killed in different cities across Syria, most of them fell in Der Ezzor and Damascus

One of the most devastating effect of the Gaza War is how children are victimized.

Children survey the ruins of their village in South Vietnam 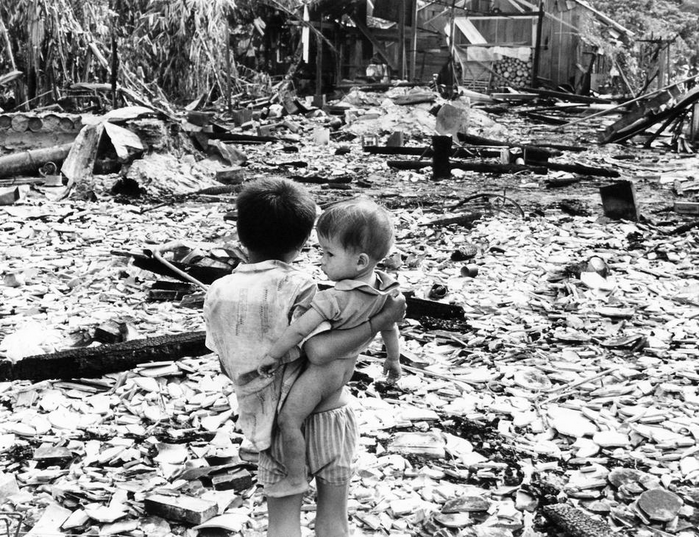 1918. Moscow. V. Lenin on Red Square on the day of the first anniversary of October Revolution 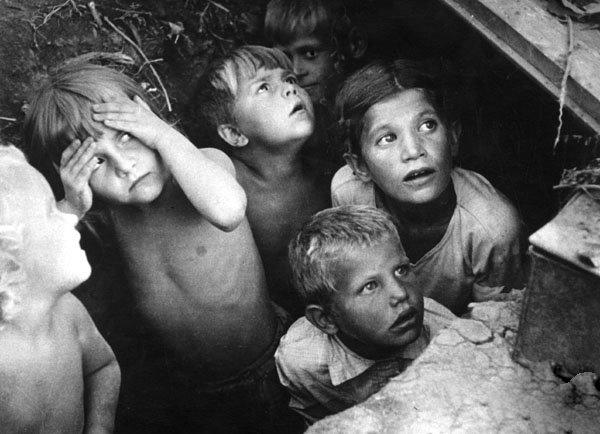 A Palestinian schoolgirl walks past Israeli border police officers on her way home from school during clashes between Israeli troops and Palestinian stone-throwers in the Shuafat refugee camp in the West Bank near Jerusalem.

1940 Children struggle to survive in the rubble and devastation of World War II. On Hiroshima’s outskirts, homeless children huddle by a fire, September 1945. 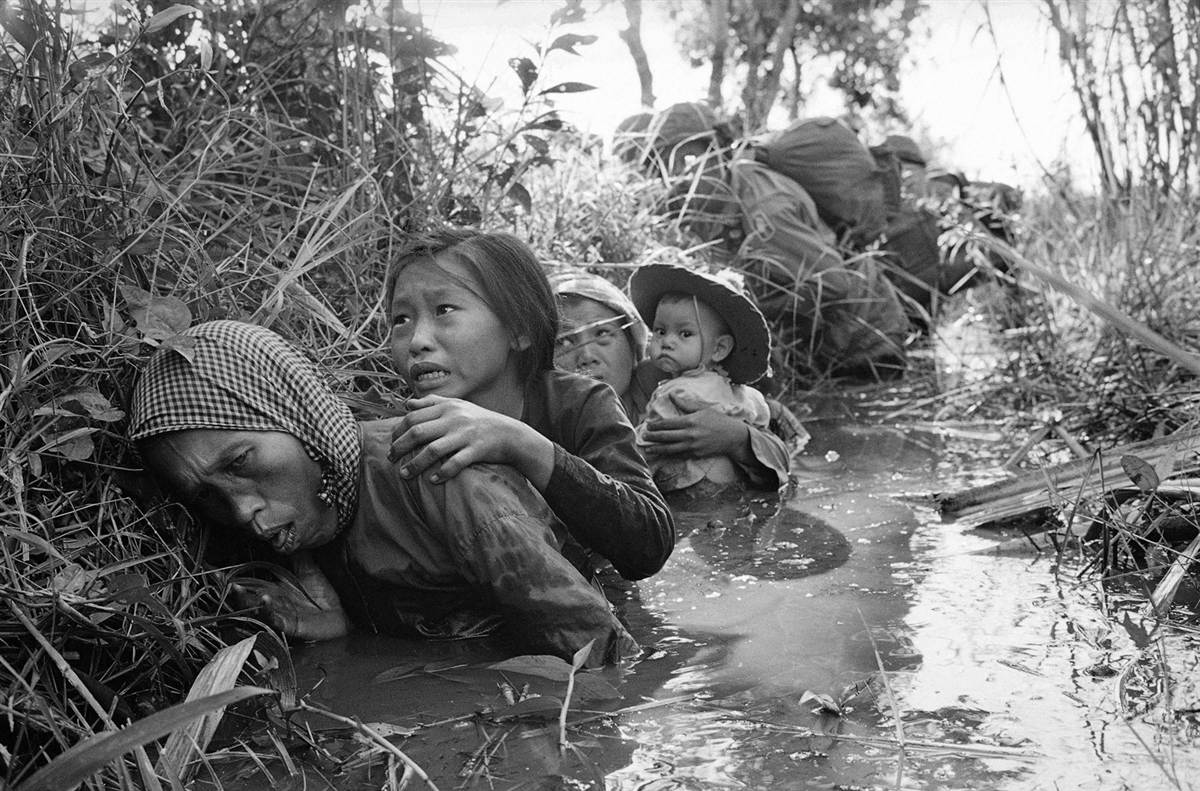 A girl attends Friday prayers in front of an army tank in Tahrir Square in Cairo on February 18, 2011. Egyptians held a nationwide “Victory March” to celebrate the overthrow of Hosni Mubarak’s 30-year rule, to protect the revolution and to remind new military rulers of the power of the street. Hundreds of thousands joined the rallies, which are also a memorial to the 365 people who died in the 18-day uprising, with many Egyptians expressing their intention to guard their newly-won prospect of democracy. (Photo: Suhaib Salem/Reuters)

An Afghan boy greets a U.S. Army soldier from Alpha Company, 1-22 Infantry Battalion who is on position to provide security to a joint U.S.-Afghan military checkpoint along a road in Kandahar province in southern Afghanistan on October 10, 2010.  (Photo: Erik de Castro/Reuters)

Victoria Chant weeps as the coffin of her father, British soldier Darren Chant, is carried out of the Guard’s Chapel following his funeral in London on December 1, 2009. Warrant Officer Chant, Regimental Sergeant Major, 1st Battalion Grenadier Guards, was killed on duty in Afghanistan on November 3, 2009. (Photo: Toby Melville/Reuters)

No room of his own. A boy sits at his parents’ house,damaged by shelling by forces loyal to Syria’s President Bashar al-Assad, in Talbiseh, near Homs on August 31, 2012. By the summer of 2012, President Assad had unleashed the full power of his military onto his people to maintain his power. (Photo: Shaam News Network/Reuters)

Liberia civil war, lots of children below the age of 14 were used as battle soldiers. These children became disoriented. Others are molested and forcefully separated from their parents.

Displaced Iraqi children sit inside a UNHCR tent at a temporary camp set up to shelter people fleeing violence in northern Iraq on June 17, 2014 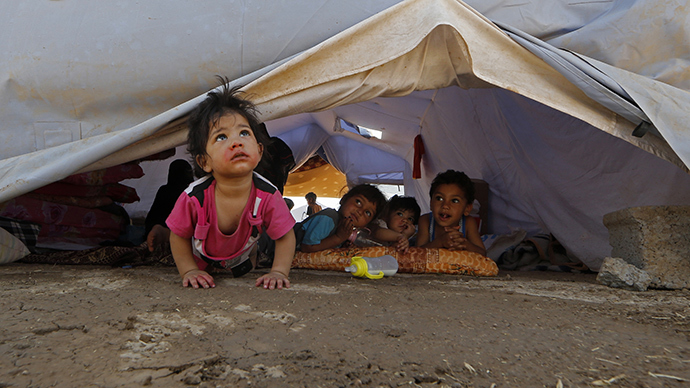 A Syrian Kurdish child looks through the fence of a refugee camp in the town of Suruc, Turkey, last month. The advance of Islamic State jihadists on Kobane has forced some 200,000 refugees to flee across the border to Turkey.   2014 A wounded Syrian girl stands in a makeshift hospital in the rebel-held area of Douma, east of Syria’s capital of Damascus, following shelling and air raids by Syrian government forces on August 22, 2015. At least 20 civilians were killed, and another 200 wounded or trapped in Douma, a monitoring group said, just six days after regime airstrikes killed more than 100 people and sparked international condemnation of one of the bloodiest government attacks in Syria’s war. (theatlantic) 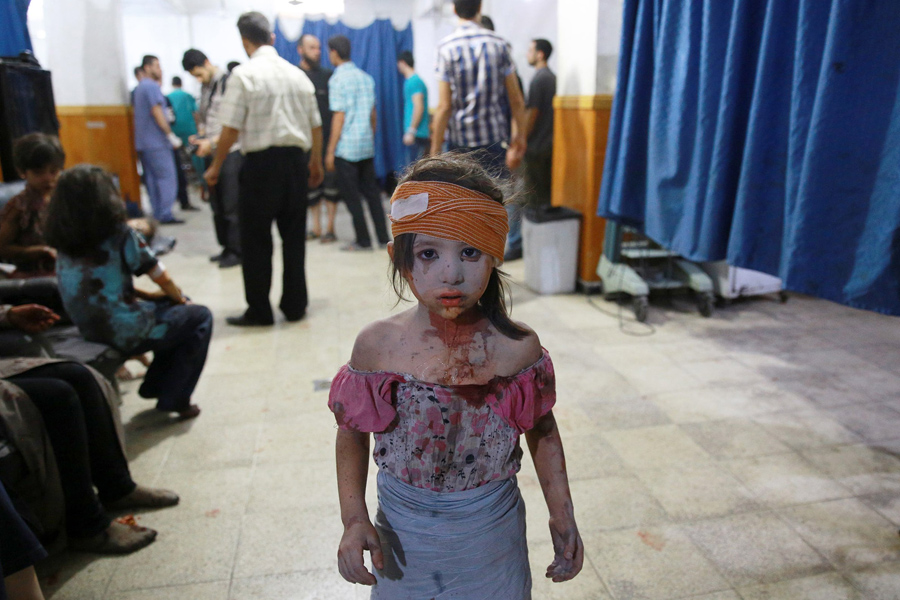 Many children in war zones become refugees due to separation from or death of their family. Orphaned children often have limited access to food and clean water and therefore become susceptible to deadly illnesses and face life-long health problems. It is estimated that such diseases account for 60-80% of the deaths of displaced children of war*.

Those that survive are not considered lucky. In many instances, vulnerable boys are brainwashed into becoming child soldiers, working with the oppressors and regularly engaging in combat. Girls can be exploited into sex trade, forced to offer sexual services, married off to rebel leaders, or even sexually mutilated.  (engagingpeace.com)

Photographs of bound-feet women of China and The ...
HEALTH: The 5 Kidney Damage Symptoms You Are Most ...
Exercises and Home Remedy: Instant Relief For Knee...
Love in a Torn Land: Joanna of Kurdistan: The True...

Fall in Love Lyrics by Ramzi