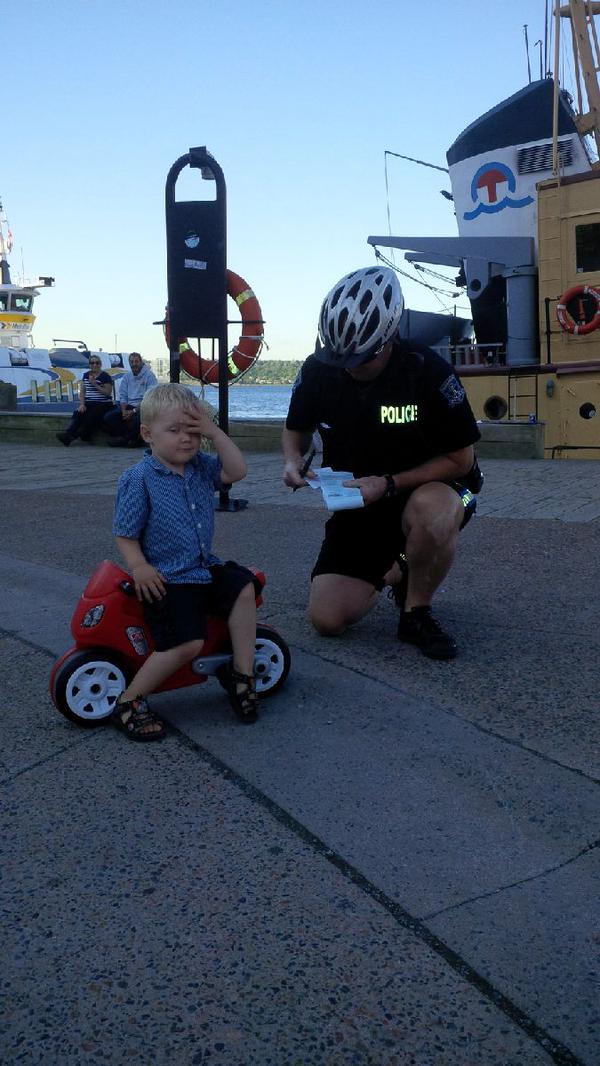 HALIFAX, Nova Scotia, July 8 (UPI) – A Nova Scotia 3-year-old became a viral star when police shared a photo of his reaction to receiving a mock “parking ticket” on social media.

Halifax Regional Police shared a photo on Facebook and Twitter of young Declan Tramley sitting on his red plastic motorcycle and putting his hand to his face in response to a mock parking ticket being issued by Constable Shawn Currie.

“Remember, you cannot park your motorcycle in the circle by the ferry terminal, we caught this ruthless biker there yesterday,” the photo was captioned.

Currie said he saw the toddler riding his plastic cycle and came up with the idea for the humorous picture.

“It’s nice to show the different sides of police,” he told CTV News. “We’re not always making arrests and hauling people away … we like to have fun.”

Lisa Tramley, the boy’s mother, said the fake parking ticket has become one of Declan’s most prized possessions.

Police in American Fork, Utah, put a mock parking ticket on a toy Barbie Jeep in 2013 when it was found in the road blocking a driveway. An officer moved the toy vehicle into the driveway with an “Abandoned Vehicle” tag. 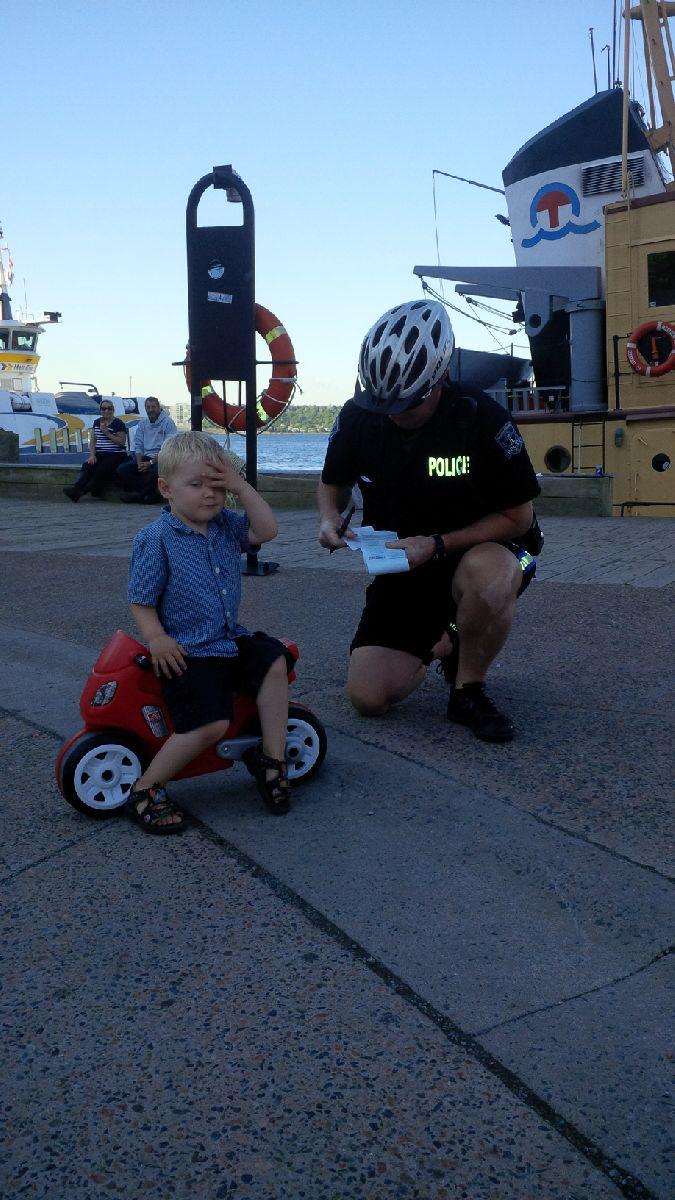 Remember, no motorcycle parking in the circle by the ferry terminal. This ruthless biker was caught yesterday !