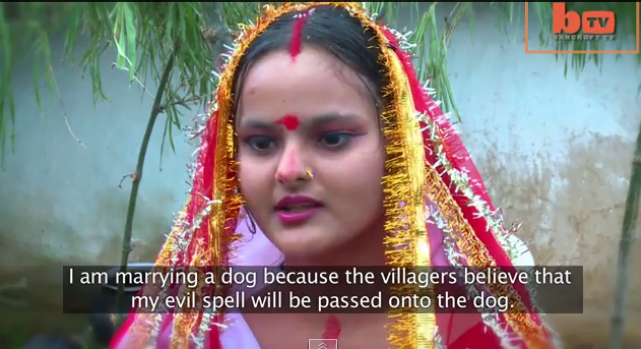 An Indian girl has just married a dog in India after her village elders insisted it was necessary to remove a curse that was effecting the village.

The entire village in the remote Jharkhand state were present to witness the bizarre wedding. 18-year-old Mangli Munda wore a traditional wedding attire and her canine groom was chauffeured to the event.

Mangli Munda, from a remote village in the eastern Indian state of Jharkhand, said ‘I do’ to the stray canine in a lavish ceremony surrounded by 70 friends and family.

The wedding was organised by village elders after a local guru led Mrs Munda’s parents to believe that she possessed bad luck, and that marrying a man would bring devastation to her village.

The furry groom, Sheru, arrived at the ceremony in style – escorted in a chauffeur driven car – and was greeted by well-wishers.

But Mrs Munda, who has not been to school, said that she had more than cold feet on the big day.

The hesitant bride admitted that she was not happy to marry a dog, but did so in the hope that her luck would change.

She said: “I am marrying a dog because the village elders believe that my evil spell will be passed on to the dog.

“After that is done, the man I will marry will have a long life.”

According the village elders, Mangli was plagued with a bad luck curse and it was starting to have a negative impact on the village. They claimed the only way to remove the spell was to marry a dog and pass the curse on to the poor mutt. The father picked out a a stray canine named Sheru and the wedding was arranged. Despite Mangli not liking the idea of marrying a dog she still went through with the event. According to the guru, if she married a man it would be disastrous for the Munda, her family, and the entire village. “I am marrying a dog because the village elders believe that my evil spell will be passed on to the dog,” she explained. “After that is done, the man I will marry will have a long life.”

Her father, Sri Amnmunda, was happy for his daughter to go through with the matrimony and even picked out the privileged pooch. 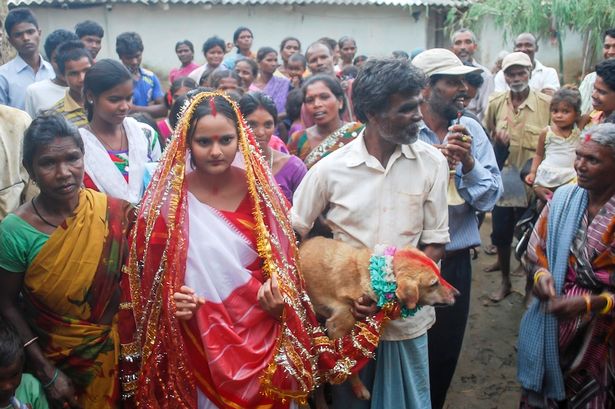 He said: “The village elders told us that we should organise the wedding as soon as we can. We had to make sure that the evil spell is destroyed.

“And marrying a dog is the only way to get rid of the bad luck.”

Amazingly, this is not the first time that a local girl has wed a canine in Mrs Munda’s village.

Her father added: “Many weddings like this have taken place in our village and also the other neighbouring villages.

“This is a custom that we thoroughly believe in.”

According to village customs, Mrs Munda is free to marry again later in life without divorcing the dog.

“My villagers say that many girls like me have followed this ritual and they have gotten rid of their evil spells and are living happy lives now,” she said.

Whether or not the happy couple went on a honeymoon or slept together is unclear but after such a busy day the groom looked dog tired.

“I will also be free to marry a man of my dreams after after the evil spell is over.”

But despite the fact that the groom is a bit on the furry side, Mrs Munda’s mother insists that this was just like any other wedding.

“Apart from the fact that the groom is a dog, we followed all customs,” said Seema Devi. 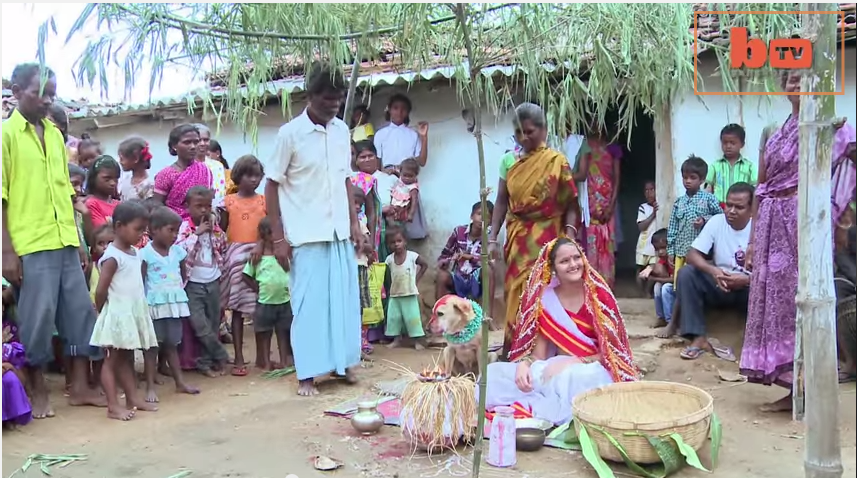 “We respect the dog as much as we would respect a normal groom.

“We had to spend money on this wedding in the same way as we would in a normal wedding.

“But that is the only way we can get rid of her bad luck and ensure the benevolence of the village.”

Now that the big day is over, Mrs Munda will go on to look after Sheru like any other pet while looking out for her true prince charming.

She added: “I will marry a man one day.

“It is the dream of every girl to marry a prince charming.

“So I am also waiting for my prince.” 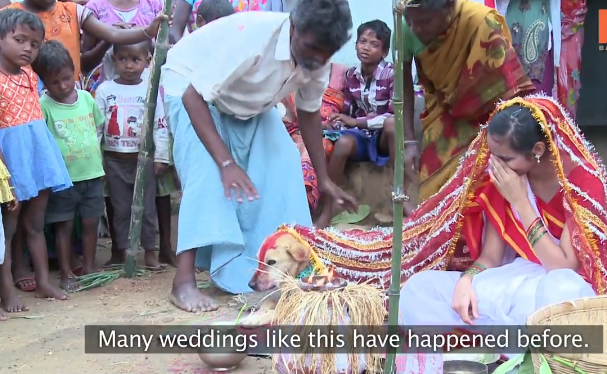 Health: The Correct Way Of Drinking Water As Per A...
That Crazy sweet Feeling Called Love
Woman’s Quotes
Love in a Torn Land: Joanna of Kurdistan: The True...

Heroism: Animals Could Be A Hero too

LIFE: The Cost Of Burying A Loved One In Garden Of Peace, A Muslim Burial Ground In Hainnault, London, Can Easily Reached To £4,000

Aylan Kurdi: The Lifeless Body of a Toddler Found ...
HOTTENTOT VENUS: The South African Sarah Baartman ...
Perfect Eyebrow Threading at Home | Simple & ...
Who, What, Why: Who are the Yazidis?

Aylan Kurdi: The Lifeless Body of a Toddler Found ...
HOTTENTOT VENUS: The South African Sarah Baartman ...
Perfect Eyebrow Threading at Home | Simple & ...
Who, What, Why: Who are the Yazidis?