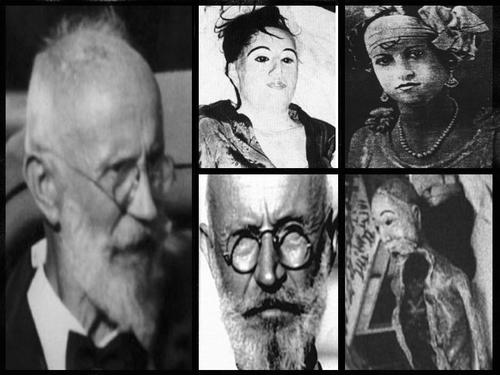 The power of obsessive love seems to know no bounds– yet one man took his unrequited passion to a grotesque new level that will shock even the most hardened readers. Undying Love is that story– read on if you dare…

Count Carl Von Cosel was a bit of a fraud to begin with. He wasn’t a count and his real name was Karl Tanzler. He emigrated from Germany in the 20s and began working at a tuberculosis hospital in Key West. In 1931 a beautiful young woman came to him for treatment. Her name was Elena Hoyos and she was only 22.

Til death do us part? (^not for this guy)

In the 1920’s, Carl Tanzler, a German-born (later known as Carl von Cosel) emigrated from Germany to the the Florida Keys, in the United States, leaving his wife and two daughters. He was a man of many talents. German-born radiologist, Von cosel had worked as an x-ray technician and inventor, barely making enough to get by, but claimed to be a former submarine skipper and owner of nine college degrees. In 1934, he found employment in the tuberculosis ward in the United States Marine Hospital in Key West, Florida.

After taking the job at the hospital in 1927, Carl maintained a relatively low profile and mostly kept to himself. Until in 1931, he met the 21-year-old Cuban beauty Maria Elena Milagro de Hoyos for an examination. 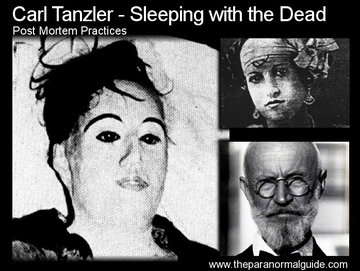 Elena Milagro Hoyos, was brought in with an advanced case of tuberculosis, von Cosel was soon captivated by her. For years, Carl had been plagued by visions of a beautiful dark-haired woman who was destined to be the love of his life. Unfortunately for Elena, Carl assumed she was this apparition in human form.

Carls examination yielded a grim prognosis, and Hoyos was diagnosed with a highly fatal disease at the time. However, now that Carl had found is soulmate, he was determined to save her life. Sparing zero expense and displaying a total irreverence for hospital authority, Carl set out to find a miracle cure for his Elena. He administered homemade specialty tonics and medicines, illegally brought x-ray and electrical equipment to the Hoyos’ house for home treatments, all while showering Elena with copious gifts and professing his love.

Cosel was determined to cure her with his own unconventional methods but she died of complications from her disease on October 25, 1931. Tanzler insisted on paying out of pocket for Elena to be buried in an expensive stone mausoleum, and with the approval of her family he hired a mortician to clean and fix up her body before placing it in the tomb. One fact her family remained ignorant of was that Tanzler was the only person with a key to the mausoleum. The Hoyos’s trusted Von Cosel and since he seemed to love her in life (even though it was an unrequited love), they were understanding of his fondness for visiting her grave. They did not know he was inside attempting to preserve Elena. Von Cosel paid for and built an above-ground burial vault which included a telephone so that he could communicate with her and a strange airship whose function he refused to state. During these nightly visits, he would talk to Elena’s corpse and said later that one night he saw her ghost in the mausoleum. He claimed she appeared to him from that time after every night and they would have long conversations and she expressed her love for him. These nocturmal visitations continued for two years and generally creeping everyone out with his dead patient, until he was fired from his job at the hospital. He ceased visiting Elena’s final resting place, which Hoyo’s family found rather odd, considering his behavior. After he lost his job, he moved to a remote shack. But he wasn’t alone in his shack, for he had stolen Elena’s body from the mausoleum!

Little did the family of Elena know, Tanzler was far from satisfied with his nightly visits. He needed more quality time with his decaying dream girl, so one moonless night, he exhumed Elena’s decomposing body and he put it in a toy wagon and transported it to a makeshift lab he had fashioned inside of an old airplane. 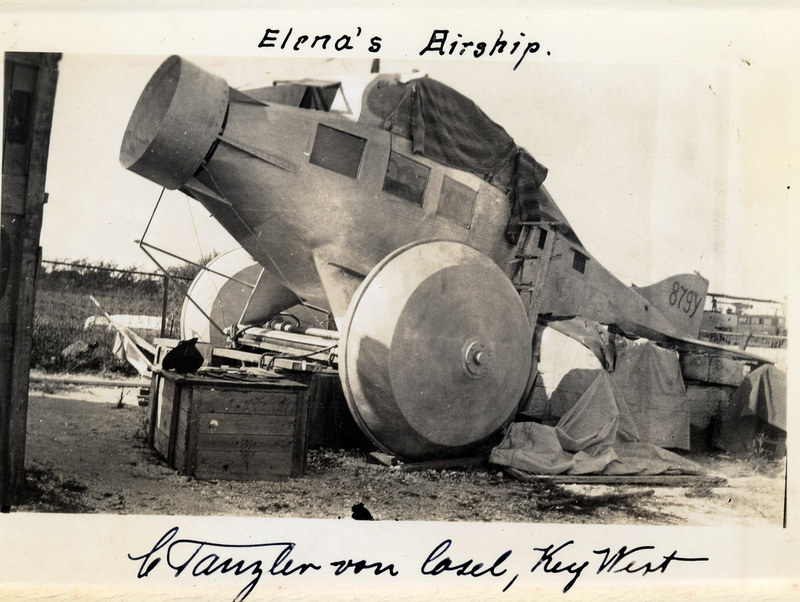 Using plaster of Paris, wires, mortician’s wax, and glass eyes, Tanzler brought Elena “back to life,” through an elaborate embalming process. Tanzler managed to preserve the corpse from further decay and even garishly dressed it up to become his eternal bride. He took her to his home where the pair shared a marital bed. 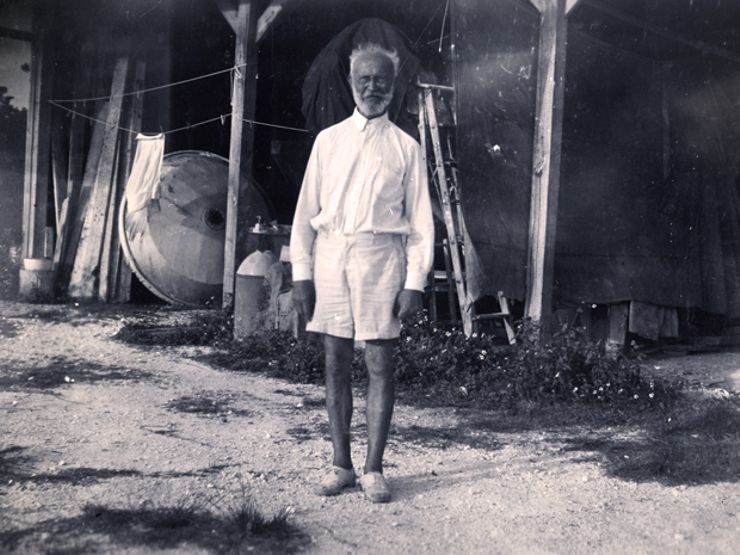 There he placed her body on a large bed, enough to sleep two, curtained with a cloth veil. He continued his work on her decaying body as the chemicals could only delay her body from mouldering for so long. He rubbed her entire body with strange oils and chemicals and then later had to reconstruct parts of her face with morticians wax to reform her features. He later admitted to spending long pleasant nights talking to her and professing his love.

Over the years, Tanzler kept Elena “alive” using wire hangers to preserve her frame, stuffing her abdominal cavity with rags, routinely reapplying wax to her face, replacing her decaying scalp with real hair, and constantly dousing her in disinfectants and oils to mask the rotting smell of her body. While attending to the physical demands of his moldering bride, Carl attended to her material needs as well, purchasing her clothing and perfume, and even installing a curtained cloth veil for privacy on the bed they shared (apparently feminine modesty was a prerogative for a man who routinely saw a prerogative for a man who routinely saw Elena’s innards). This domestic Ed Gein’s style bliss went on for seven years.

Not seeing Von Cosel outside Elena’s tomb for over seven years, her sister began to suspect something was amiss. She notified the authorities and they searched her mausoleum only to find it empty. Elena’s sister instantly knew who had taken her sister’s body and found Von Cosel’s shack and confronted him. He kindly invited her inside, and to her horror, she saw what appeared be a wax dummy in the likeness of Elena laying on the bed. He told her that he and Elena were happy and in love and invited her to come back again and visit. The sister was livid and horrified and went to the police. They came and took what they assumed to be a dummy to the local morgue to be autopsied. The “dummy”  was actually the long decayed corpse of Elena Hoyos; her bones held together with piano wire, her skin had been treated with wax, her eye sockets filled with glass replacements, and she’d been perfumed to mask the odor of decomposition. This was terrible enough, but what the investigators found next was truly repulsive. Von cosel had reconstructed many parts of her body, her eyes,and nose . 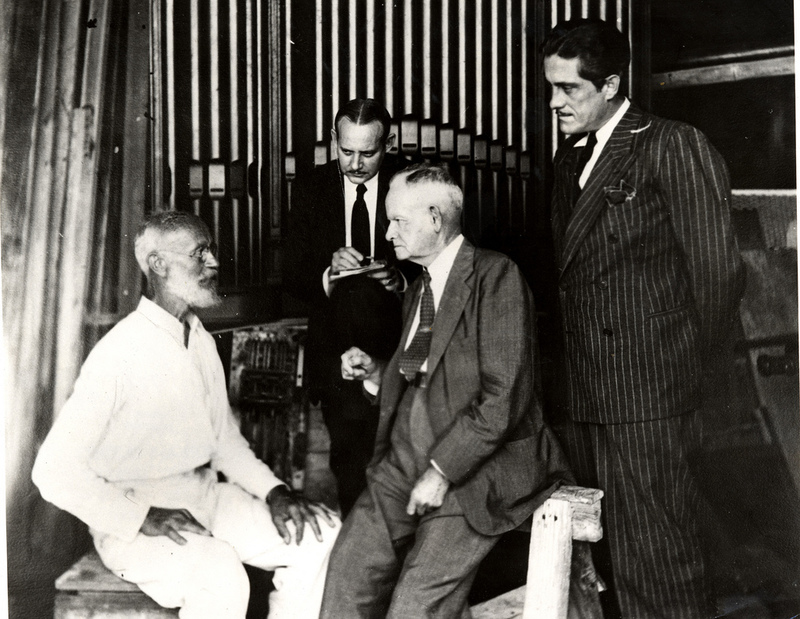 Not only that, but while performing an autopsy on Elena’s remains, coroners discovered that among the multiple body parts Tanzler had reconstructed, he had inserted a paper tube inside her to serve as a makeshift vagina. Whether or not Tanzler fully consummated with his real life corpse bride is a subject of public debate, however, it’s pretty clear Elena wouldn’t have been into any of this regardless. 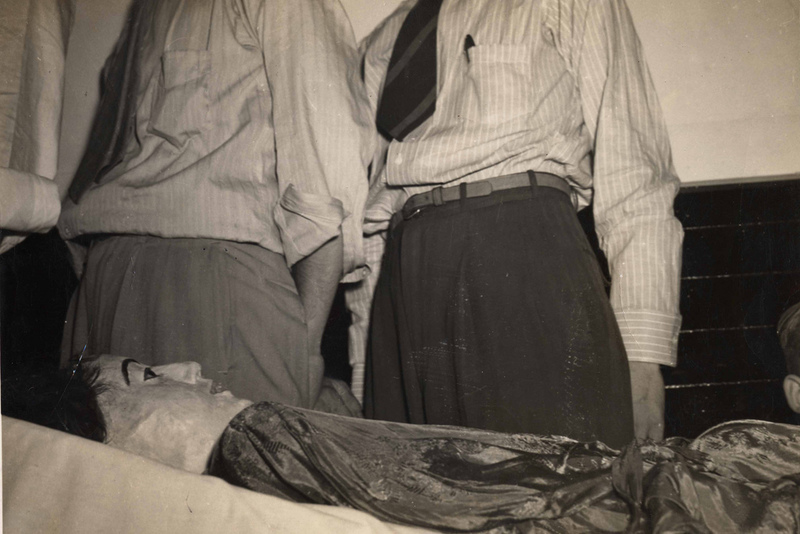 Tanzler was arrested and stood trial for “wantonly and maliciously destroying a grave and removing a body without authorization.” The trial became a media sensation, and surprisingly the majority of the public, especially women, supported Tanzler, finding him to be an eccentric romantic about as much sense as anything else during the hearing. Tanzler was eventually cleared since the statute of limitations on his crime had expired. 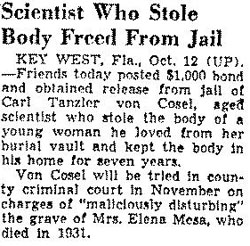 While on the stand, Carl claimed he planned to use an airship to take Hoyos, “high into stratosphere, so that radiation from outer space could penetrate Elena’s tissues and restore life to her somnolent form” which made about as much sense as anything else. During the hearing, Tanzler was eventually cleared since the statute of limitations on his crime had expired. 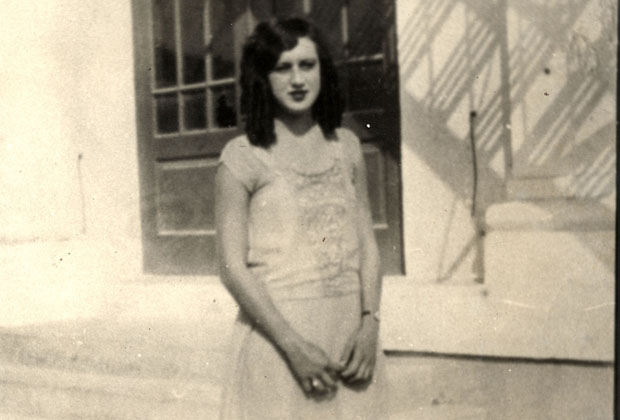 However, since the trial had garnered so much attention, and because this took place in Florida, Elena’s body was put on public display at a local funeral home where thousands of people got to view her disturbing form. After the gawking was over, Elena was finally buried again in an unmarked grave so that she could rest in peace without any further romantic shenanigans. CHILD ABUSE: A Heart-Breaking Sketches Drawn By A 5 Year-Old Showing How 'She Was Sexually Abuse By Priest'

10 Tips on How To Get Rid Of Colds and Blocked Nos...
HEALTH EDUCATION: 5 FOODS THAT DESTROY YOUR HORMON...
VIRAL HOAX: The Truth About The Priest Who Died an...
Perfect Eyebrow Threading at Home | Simple & ...

10 Tips on How To Get Rid Of Colds and Blocked Nos...
HEALTH EDUCATION: 5 FOODS THAT DESTROY YOUR HORMON...
VIRAL HOAX: The Truth About The Priest Who Died an...
Perfect Eyebrow Threading at Home | Simple & ...