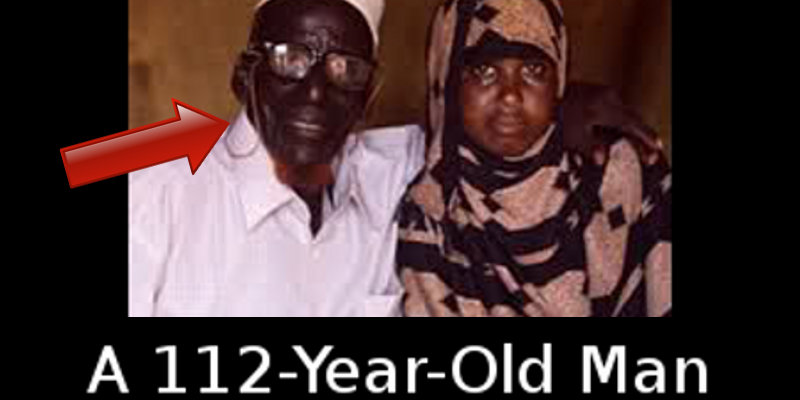 Hundreds of people have attended a wedding in central Somalia between a man who says he is 112 years old, and his teenage wife.

Ahmed Muhamed Dore – who already has 13 children by five wives – said he would like to have more with his new wife, Safia Abdulleh, who is 17 years old.

“Today God helped me realise my dream,” Mr Dore said, after the wedding in the region of Galguduud.

The bride’s family said she was “happy with her new husband”.

Mr Dore said he and his bride – who is young enough to be his great-great-grand-daughter – were from the same village in Somalia and that he had waited for her to grow up to propose.

“I didn’t force her, but used my experience to convince her of my love; and then we agreed to marry,” the groom said.

The BBC’s Mohammed Olad Hassan in Mogadishu says the marriage, in the town of Guriceel, is being described by Somali historians as the first of its kind in the Horn of Africa nation for more than a century.

Our reporter says reaction to news of the marriage has been mixed.

Some people said while it was allowed under Islamic law, they were concerned about the age gap, but others were happy that age was not a barrier to love.

Mr Dore told the BBC he was born in Dhusamareeb in central Somalia in 1897 – and has a traditional birth certificate, written on goat skin by his father.

Our correspondent says he has an interesting history – in 1941 he joined the British colonial forces as a soldier for 10 years and then served as a police officer after Somalia won independence in 1960.

Altogether, Mr Dore has 114 children and grandchildren. His oldest son is 80 years old and three of his wives have died.

He says he hopes his new bride will give him more children.

“It is a blessing to have someone you love to take care of you,” he said.

At 95 years older than her – if his claimed age is accurate – he is old enough to be her great-great-great-grandfather.

Funny Videos 1
Photography: Beauty is in the Light of the Heart
Violence Against Women: The Rape Of Berlin WW2
PEOPLE: In 1944, George Stinney Jr., Age 14, Black...

"I Will Be There For You" - Jessica Andrews

Terrifying Aim: Meet The Woman Who Aims To Be The ...
What is Beauty Around the World: 21 Traditions and...
NATION: Philippine President Rodrigo Roa Duterte A...
QUOTE: Don’t Give Up Your Dreams

Terrifying Aim: Meet The Woman Who Aims To Be The ...
What is Beauty Around the World: 21 Traditions and...
NATION: Philippine President Rodrigo Roa Duterte A...
QUOTE: Don’t Give Up Your Dreams