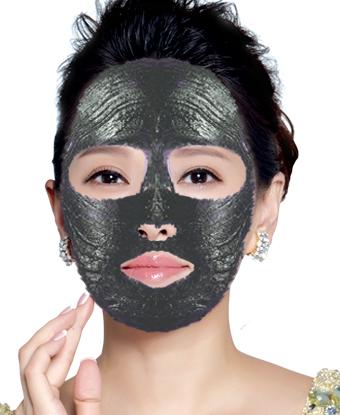 Fact with some missing information.
ANALYSIS:

The message is a popular claim that the Dead Sea mud mask improves your blood circulation and helps revitalizing the skin. Let us analyze the facts in detail.

Dead Sea, also known as Salt Sea is a landlocked salt lake between Israel and Jordan, which lies some 1,300 feet below the sea level, making it the lowest body of water on the surface of the Earth. Significantly, the Dead Sea waters are extremely saline, the concentration of which increases towards the bottom.
The extreme salinity of Dead Sea waters excludes all forms of life except bacteria, though some life in the form of plants most certainly thrives along its shores. Interestingly, the high density of the saline waters keeps bathers buoyant, as many people even read books floating in the water. People think the water as a natural health spa and believe the Dead Sea waters, minerals, mud and sunlight have naturally nourishing effects on their skin.

The Dead Sea has been famous for mystic, healing qualities because it is rich with minerals like sulfates and bicarbonates. It has strong concentrations of hydrogen sulfide, along with magnesium, potassium, chlorine, and bromine. The Dead Sea waters, for their minerals and mud ashore are so famous that a company called Dead Sea Works (established in 1930) located in its southern basin has been extracting chemicals and exporting them around the world.
The black mud found along the shoreline of Dead Sea is also rich in minerals, which is why it is often used in skin treatments. Most visitors, in fact, take a mud bath on the Dead Sea.
HEALTH BENEFITS

The mineral salts of Dead Sea are believed to cure or alleviate the symptoms of many ailments ranging from skin problems like eczema and psoriasis to rheumatic diseases, like arthritis and fibromyalgia. As stated in a related article on LiveStrong.com, the magnesium, calcium and potassium minerals of Dead Sea promote blood circulation and relax your nerves.

The geography of Dead Sea is unique. The rich mineral content of its waters, the healthy surrounding atmosphere, the reduced ultraviolet component of solar radiation, and the higher atmospheric pressure at this great depth all have specific health effects that can certainly revitalize your skin among other health benefits.
The Dead Sea Research Center (deadsea-health.org) proposes a seven-step treatment program for clients seeking dermatological relief at Dead Sea. There are also many products offering Dead Sea mud mask for revitalizing your skin. We suggest choosing a good quality product and also testing the product over a little area of your skin before using. More importantly, do not use Dead Sea mud as a replacement for medical treatments that have been prescribed by your doctor.

QUOTE: Don’t Be So Quick To Judge Me
RELIGION: ‘Is it permissible for Muslims to celebr...
Drugs: Roman Catholic Priest No Prosecution After ...
CHILD ABUSE: Mother is Sentenced to Life in Prison...

Mashy Haddy ” Walking Next To Me” by N...
WATERFALLS by TLC
Places: Tokyo, Japan, Number 1 Richest City in the...
Health:Common Cold Infographic: What You Need to K...

Mashy Haddy ” Walking Next To Me” by N...
WATERFALLS by TLC
Places: Tokyo, Japan, Number 1 Richest City in the...
Health:Common Cold Infographic: What You Need to K...