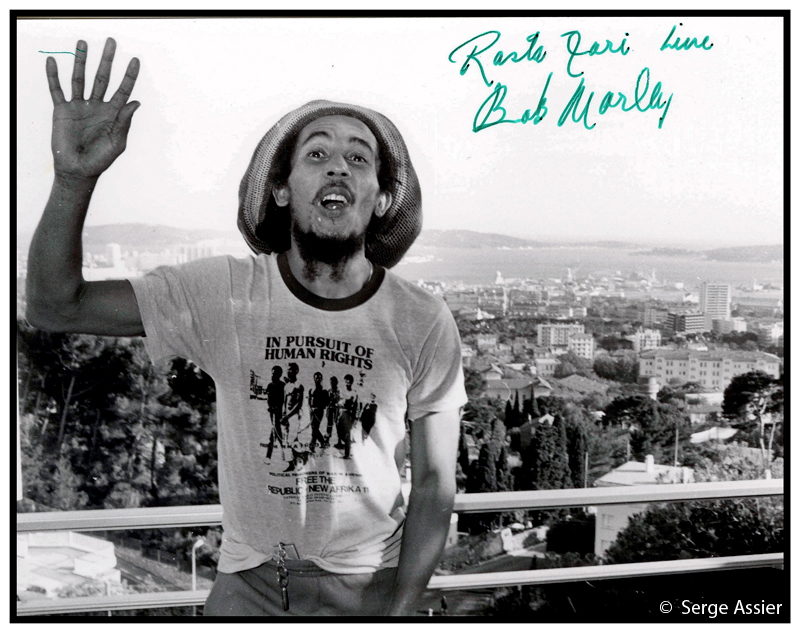 Music icon, philosopher and activist Jamaican songwriter Bob Marley was born on February 6, 1945 in Nine Mile Village in the parish of St. Ann, Jamaica.  The reggae legend who spoke out against slavery, apartheid and other human rights violations is celebrated and recognized internationally.

Bob Marley died on 11 May 1981 at Cedars of Lebanon Hospital in Miami (now University of Miami Hospital) at the age of 36. The spread of cancer  melanoma to his lungs and brain caused his death. His final words to his son Ziggy were “Money can’t buy life.” (wikipedia)

The Dangers of Melanoma Melanoma is one of the least common forms of skin cancer, but it’s also the most deadly type because it has the potential to spread to other parts of the body. Each year, about 76,000 people are diagnosed with melanoma and nearly 10,000 die from it, according to the American Cancer Society. Rates of melanoma are on the rise—especially among children and teens. (healthline.com)

– What would Marley sing today given the state of anti-African racism where racial profiling is widespread? Those who only know of Bob Marley’s “One Love” need to expand their understanding of Bob Marley and his life’s work as we celebrate his legacy on February 6, 2015. – (sharenews.com)

WHEREAS each year on February 6, we honour the legacy of Robert (Bob) Nesta Marley, an influential musician, advocate for human rights and international ambassador of peace.

His early career began with friends, the legendary Wailers, “Bob Marley and the Wailers”. His music captivated people of all cultures, broke music barriers and helped introduce reggae music to the world.

Bob Marley became one of the greatest ambassadors of peace the world has seen. He used music to tear down the walls of apartheid and promoted African unity, culture and world peace both at home and internationally, with songs like “One Love” and “Africa Unite”. Today, his music continues to be loved by many and is instantly recognized around the world.

NOW THEREFORE, I, Mayor John Tory, on behalf of Toronto City Council, do hereby proclaim February 6, 2015 as “Bob Marley Day” in the City of Toronto.

Excerpt from Bob Marley Day Proclamation published on the City of Toronto website.

Marley is celebrated as an “international ambassador of peace” and his popular song “One Love” is trumpeted far and wide as part of the Jamaican attraction to tourists. Marley was also a Pan-Africanist and a human rights activist. As a member of Rastafari, Marley was influenced by the teachings of fellow Jamaican and St. Ann-born Marcus Mosiah Garvey. Recognized as the father of the modern Pan-African movement, Garvey urged Africans to be proud of their ancestry and his slogan: “Africa for Africans at home and abroad” is memorialized in the lyrics of Marley’s “Africa Unite” where he urges: “Africa unite ‘Cause the children wanna come home. Africa unite ‘Cause we’re moving right out of Babylon and we’re grooving to our Father’s land.” (sharenews.com) In Marley’s “Redemption Song” he also quotes Garvey when he sings: “Emancipate yourselves from mental slavery, none but ourselves can free our minds.” Garvey who is the first of Jamaica’s seven National Heroes and was the founder of the United Negro Improvement Association and African Communities League (UNIA-ACL) during a speech in Nova Scotia, Canada on October 1, 1937 said: “We are going to emancipate ourselves from mental slavery because whilst others might free the body, none but ourselves can free the mind.” The speech was also published in Garvey’s Black Man magazine, Vol. 3, No. 10 (July 1938).  (sharenews.com) Apart from Garvey, Marley also quoted His Imperial Majesty Emperor Haile Selassie I, who is another African leader of great importance to the Rastafari movement. Marley quotes from the Emperor’s speech made to the United Nations in 1963 and published in 1972 in the book Important Utterances of H.I.M. Emperor Haile Selassie I 1963-1972.  (sharenews.com) 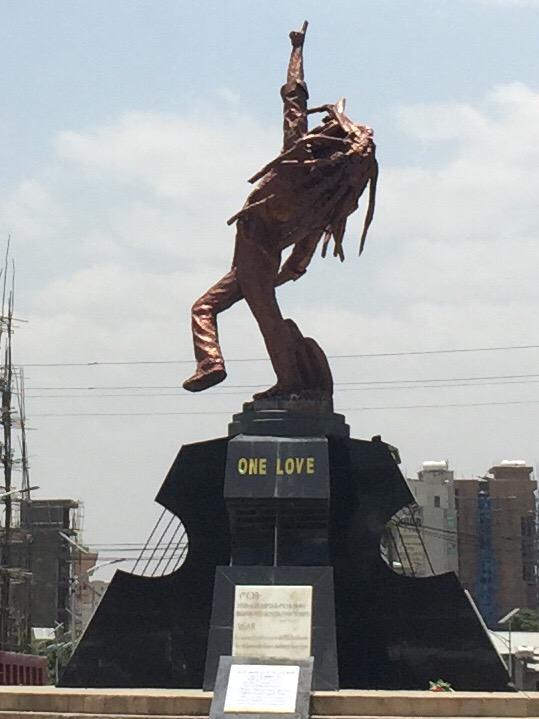 Bob Marleys life’s work made such a difference educationally, politically and spiritually that he will be celebrated internationally from Addis Ababa (Ethiopia’s capital city), where a statue is scheduled to be erected in his honour, to Jamaica where there will be island wide celebrations. (sharenews.com) 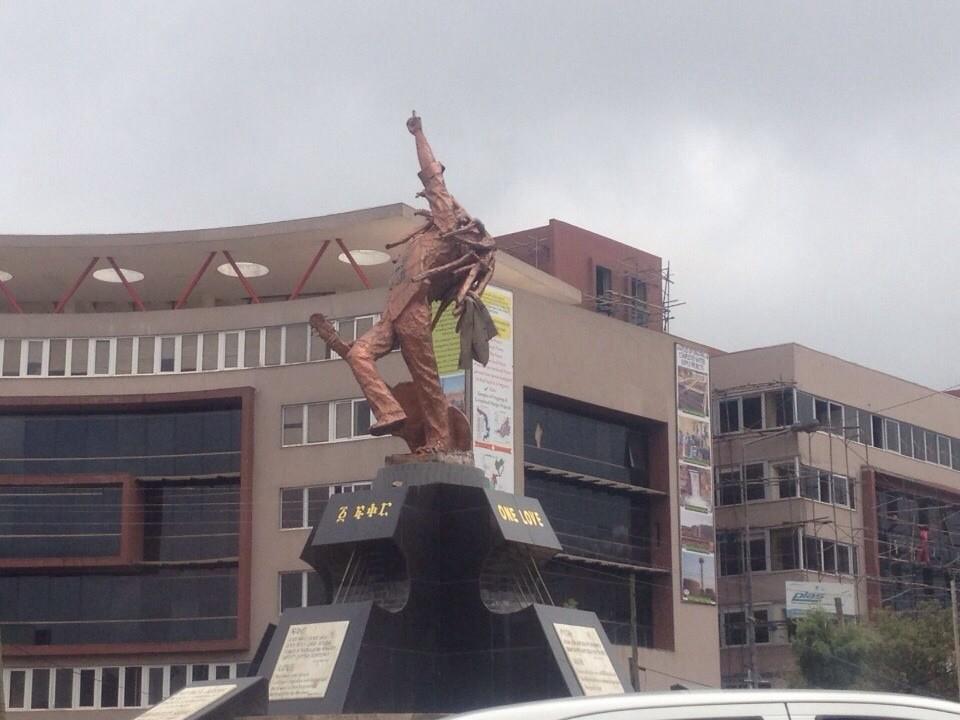 A statue of Jamaican reggae icon Bob Marley was unveiled on Saturday, April 18, 2015,  in Addis Ababa Gerji area’s roundabout, long named after him. The bronze statue of the late Robert Nesta Marley, which shows him in a swaying movement, carrying his guitar, and his face covered by his dreadlocks was crafted by Ethiopian sculptor, Bizuneh Tesfa.
The new life-size statue was commissioned in occasion of the 70th birthday celebration by two brothers, the Ethiopian reggae singer Zeleke Gessese and music promoter, Addisu Gessese and a businessman Awad Mohamed.Bob Marley gets a statue in Addis Ababa.

Not everyone was aware of and appreciative of the Rasta man represented on the square. A Shopkeeper in the area said: “What has he done for Ethiopia to deserve a statue?”
Another passer-by by the name of Yuda, an English national, said, “The idea of a Bob statue is great, furthermore it’s not getting in anybody’s way. Bob was an influential figure. If we look at his primary purpose, it was reminding African Diasporas to return to their country of origin. He is not here in person. We are having his statue. It remind Ethiopians the historic link with biblical past.”
“I find the statue a little strange. Where is his face? Probably I will change my mind when I get used to it. But for now I am not an enthusiast,” Kamil Nure, a Boston Day Spa employee (photographed below) said. But Kamil stated he is not in any way against the statue. “I think it is a fair enough idea. Bob has a love for this country. But I would have preferred to see the statue of the Ethiopian singers first. There is no statue for Tilahun Gessesse, Beznuesh Bekele, Asnaketch Worku,” he said. Bob Marley believed Ethiopia was his spiritual home and considered Emperor Haile Selassie as divine figure. He often sang of a return to Africa and for the need for unity among all those who now lived, or originally came from Africa. But he never moved to Africa during his lifetime, although he did visit the continent for a memorable concert in 1980, soon before his death. He was baptized at the Ethiopian Orthodox Church with baptismal name Berhane Selassie – “Light of the Trinity”. (rastafarigroundation.com) 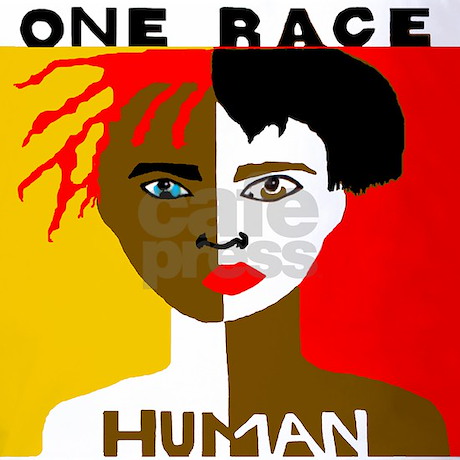 His demise robbed the world of one of its brightest prophets and human rights campaigners, whose philosophy and music touched many minds and hearts across continents, colour and religion.

South Africa too was touched by this genius, whose prophetic songs and philosophy of consciousness have been embraced across races and religions. (sowetanlive.co.za) 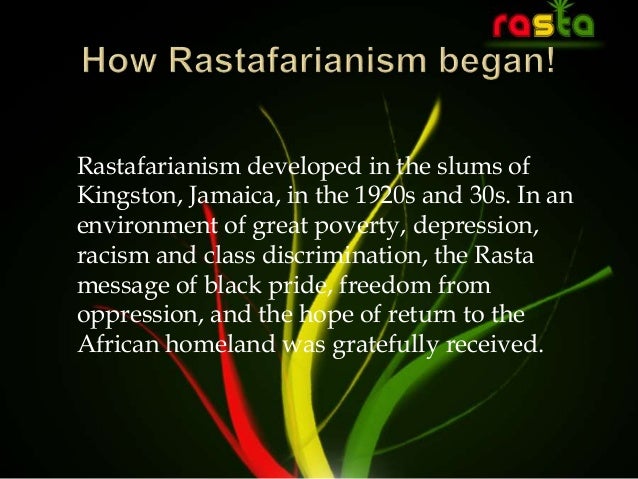 Rastafarians, in particular, all over the world have developed an unbreakable umbilical chord with Marley’s way of life and how he saw the world and articulated the issues of the downtrodden of the world.

Non-Rastafarians have also been inspired across generations and throughout the world and South Africa is no exception. (sowetanlive.co.za) What better way to understand the influence of Marley’s music and way of life than to go to the famous Johannesburg suburb of Yeoville where, like Trenchtown, Marley’s consciousness locates its genesis. Yeoville is a cultural melting pot that mainly working-class people call home.

It is here that one finds the biggest concentration of Johannesburg’s very vibrant Rastafarian community. It is hard to find one person among this community who will say they have not been inspired by Marley one way or the other. (sowetanlive.co.za)

DJ Speedy said: “When you think ‘reggae’ the face of the music is Bob Marley. I was first touched by Marley’s music when I saw footage of him performing in Zimbabwe in 1980. At home in Mapetla, my mother and uncles always played Bob Marley.” (sowetanlive.co.za)

Ragga artist Jahseed said: “Bob Marley is one of the greatest writers whose musical drive symbolises that of a lion approach to business. His influence in my career is unparalleled. Today I have my locks and this is thanks to Bob Marley.

“He was both a prophet of his time and a revolutionary who inspired revolutionary activities in Africa. He also opened the doors of reggae music in Africa.” (sowetanlive.co.za)

HOW TO START A BUSINESS

Photos of the Kid and the Pet: What's in a Face?