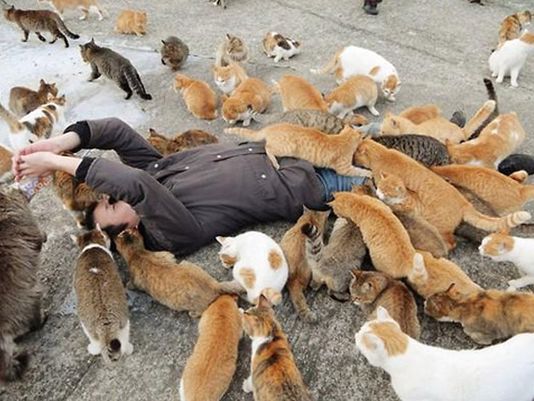 “There is a ton of cats here, then there was this sort of cat witch who came out to feed the cats which was quite fun,” said 27-year-old Makiko Yamasaki. “So I’d want to come again.”

The island is overrun with more than 120 cats that were originally brought in to deal with mice – but now they outnumber people six to one.

Originally introduced to the mile-long island of Aoshima to deal with mice that plagued fishermen’s boats, the cats stayed on — and multiplied. More than 120 cats swarm the island with only a handful of humans for company, mostly pensioners who didn’t join the waves of migrants seeking work in the cities after World War Two.

The only sign of human activity now is the boatload of day-trippers from the mainland, visiting what is locally known as Cat Island.

With no restaurants, cars, shops or kiosks selling snacks, Aoshima is no tourist haven. But cat lovers are not complaining.

The allure of cats is not surprising in a country that gave the world Hello Kitty, a cartoon character considered the epitome of cuteness. Swarm: Cats crowd around village nurse as she carries pet food to the designated feeding place

A cat leaps at the photographer to snatch his lunch snack on Aoshima Island in the Ehime prefecture in southern Japan February 25, 2015

A cat jumps for food offered by a tourist, right, as other cats beg for food 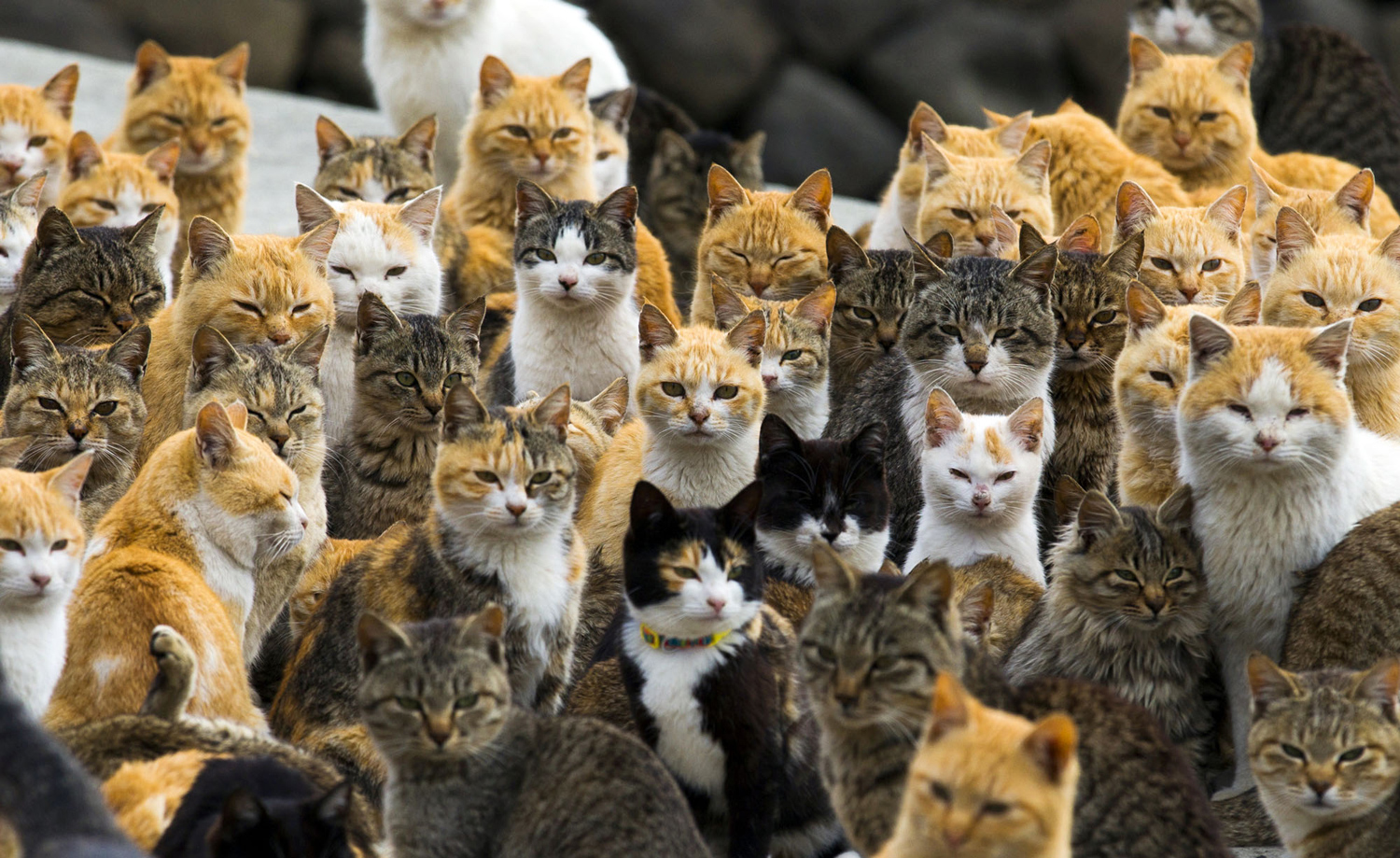 Cats crowd the harbor on Aoshima Island in the Ehime prefecture in southern Japan.

Island in Japan swarmed by cats

Hoards of feral cats have made the remote Aoshima Island in Southern Japan their home, where they outnumber humans six to one. (Photo: @TrueNatureFeels) 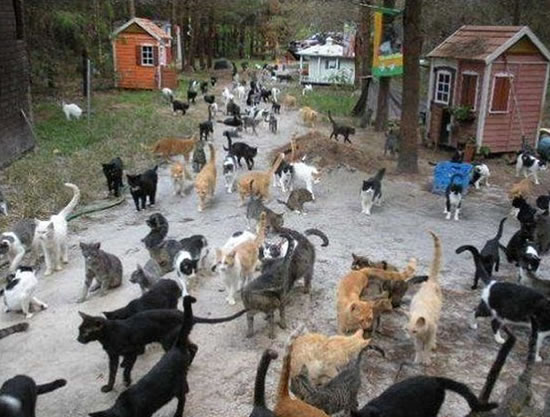 HEALTH EDUCATION: 14 Healthy Pieces Of Advice How ...
Ganges River, One Of The Most Popular Pilgrimage S...
Modesty And Its Many Forms
Double Chin at Middle Age? Vacuum it Away