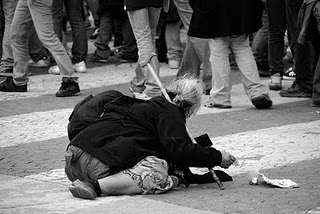 Australian firefighter gives water to a thirsty koala during their recent forest fires. Compassion ~ a feeling of deep sympathy and sorrow for another who is stricken by misfortune, accompanied by a strong desire to alleviate the suffering.

What would happen if every man, woman and child on earth was able to experience true compassion for just one day, at the same time? What a staggering thought. True compassion does not need to be an act of magnitude. All around the world, people would feel as though their eyes were suddenly being opened as they begin to “see” what has been in front of them all along, and would feel a mixture of surprise and delight as they improve the lives of others with minimal effort just by feeling compassion for them. It is amazing that so many are able to feel compassion when an extreme event such as the tragedy in Japan is made known to them, but can go home and forget to feed the cats and not feel terribly troubled about it when they realize it afterwards. This is because compassion only happens when one “sees” what needs to be alleviated.

Although it’s a silly metaphor, it makes a valid point. Compassion is not an independent entity. It can only exist when there is a trigger that causes the feeling to kick in. The issue is that most of humanity seems to have lost contact with the natural trigger which occurs whenever compassion is required. It goes beyond the scope of this post to discuss the science behind this, but it’s clear that somewhere along the way man has created an internal guilt-free system that allows them to ignore the needs of one (less worthy) while showing compassion for the needs of another (more worthy) – sometimes simultaneously. 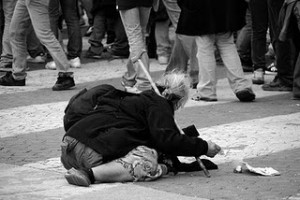 But why the threshold? Why should compassion be reserved only for those who “deserve” it, and how does one decide who the “deserving” are? Is it a matter of preference or is it just a pre-programmed prejudice we have inherited from our ancestors who were struggling to survive up until the last few hundred years? Or, are we victims of the recent phenomenon of “compassion fatigue”? As our world shrinks and the information highway congests with daily inundations of triggers, perhaps one just shuts down, leaving only the smallest point of access for moments of compassion. Without even realizing it, humanity has segregated those who deserve feelings of compassion away from those who don’t. Old people don’t deserve compassion, children do. Pets deserve compassion, livestock does not. Refugees deserve compassion, asylum seekers don’t. Stated so boldly in black and white must make for uncomfortable reading, but the choice to live like this takes far more away from mankind than we realize. 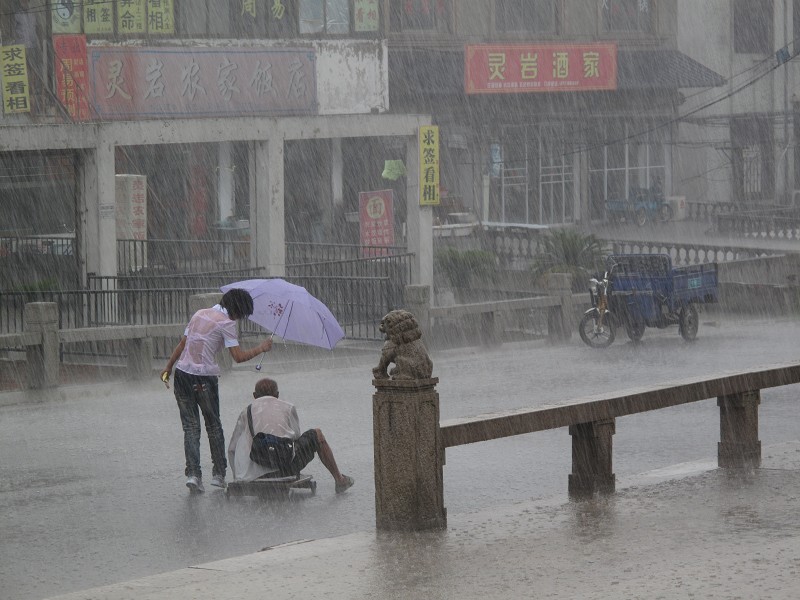 If we were all to become fully compassionate for one day, is it possible that our climate change woes would effectively be over? Taking the above rationalisation into account, then it should be possible that if people were able to feel “demarginalised” compassion, they would suddenly see many things in the world that they had previously accepted as the status quo in a whole new light. 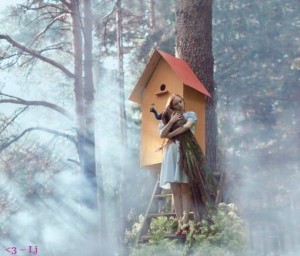 Beginning with animals, mankind would see that they are sentient creatures who have similar feelings and needs as we have and deserve to be treated with dignity and respect and are not on the planet purely to be exploited as resources for vanity.

Tragically, items of fashion – especially designer fashion – tend to be worn for a very short period of time, usually just for the current season of six months thus deepening the sense of loss of life for something so passing, needless and trivial.

For that one wonderful day, we would understand that we live in an amazing place, an ecosystem that sustains us within a fragile balance and just like the animals, it can suffer at the hands of man’s greed and endless consumption. Too much consumption leads to waste, which then requires more consumption to fill the gap. The video below shows breathtaking footage of ancient trees in British Columbia, Canada that are slotted for clearcutting, simply because Canadian loggers are running out of “good” trees to cut down. What will this ancient wood be used for? It doesn’t matter, there is nothing that can justify the destruction of this ecosystem, nothing at all. With the new perspective this would make sense. There would be no need to cut these trees down. We have more than enough already.

On that day, you would feel a deeper sense of gratitude for the world we live in, our priorities would change, and the very things that are driving increased carbon emissions would begin to be irrelevant. Factory farming would cease to exist as by its very nature it goes against compassion. Abusing the planet’s resources for needless, temporary trinkets will become a thing of the past, because people will be interested in living in harmony with the planet instead of as its “master”. But more importantly we would live life more fully, appreciating what we have and enjoying the world that surround us. Kindness to others would be part of everyday life, because compassion would be available to all, including our earth. Healing others, heals oneself. There is no way to lose in this scenario. One would have a greater connection with their pets, and with nature in general. The wonder of childhood would never end. Scientists have discovered that compassion is incredibly good for one’s health, so good in fact that it slows down the aging process. Another scientific study found that just five minutes of compassion releases enough “feel good” chemicals in the brain to last six hours. To live in a world without neglected houseplants, hungry fish, lonely dogs or closed blinds over a sunny window that the cat would like to enjoy…a world where animals get to live and die naturally without fearing man will brutally take their lives for their fur…a world where people invest energy into being kind instead of being self-centered…a world where recycling is cool, gardening is shared, energy is clean and not wasted, and nature is honored for being the lifegiver she is…what a wonderful world that would be.

Even if only for a day.

One of Greatest Australian Scandal: How to Marry a Millionaire

Liposuction for your jawline has never been trendi...
HOPE Quotes – IN TIME YOU’LL FIND THE ...
10 Worst Horrible Parents
Touching Stories of Four Fathers and Their Sons: T...

Liposuction for your jawline has never been trendi...
HOPE Quotes – IN TIME YOU’LL FIND THE ...
10 Worst Horrible Parents
Touching Stories of Four Fathers and Their Sons: T...