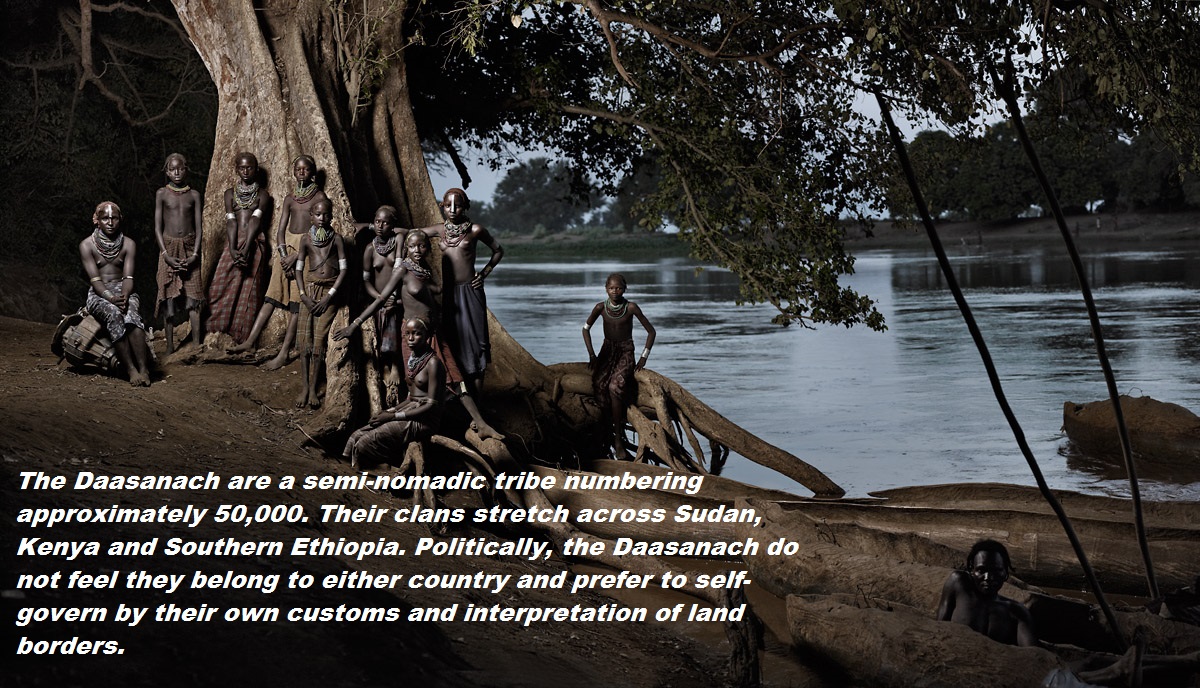 The Dassanech people (also spelt as Daasanach, Dasenach, and Dassanetch, and called Geleb,Merile, and Gabarich), who speak an East Cushitic language, live in Ethiopia and Kenya on the northern shore of Lake Turkana and further north along the Omo River. The name Dassanech means ‘People of the Delta’.  Traditionally, the dassanech are divided into 8 territorial sections: the Shirr (largest), Inkoria, Narich, Elele, Ri’ele, Oro, Randal & Kuoro and of which have their own identity and responsibility and customs and are divided into territories. Among this clans the Inkabelo are the wealthiest. Furthermore, they are divided into 8 exogamous & non-territorial clans: Turinyerim, Fargar, Galbur, Turat, Ili, Mur, Edze & Tiyeme. The Ethiopian Dassanech (the majority) live in Dassanech Woreda (District), South Omo Zone, Southern Nations, Nationalities and Peoples Region (SNNPR). The population of the Ethiopian Dassanech is estimated at 48,067.

According to unpublished data from the South Omo Zone Administration, the land area of the Dassanech is 2,575 sq km. Until 2006, the area was part of the administrative unit of Kuraz woreda. Following the 2006 administrative restructuring,Dassanech land was elevated to a district level with its capital at Omorate, some 852 km south of Addis Ababa. The Dassanech district is divided into 40 units called kebele. A kebele is the lowest administrative unit responsible for government functions such as local administration, the collection of tax, provision of extension service and food aid, elections, etc. Except for Omorate (the capital of the district), which hosts migrants and local people, all other kebeles are inhabited by agro-pastoral Dassanech communities.

The Dassanech tribe is not strictly defined by ethnicity. Anyone, man or woman, will be admitted, as long as they agree to be circumcised. Each of the 8 clans has its own identity & customs, its own responsibilities towards the rest of the tribe, & is linked to a particular territory.

The largest clan, the Galbur is known as the water & crocodile clan. They believe its members have the power over both water & crocodiles & are responsible for dealing with diseases of the glands. The Turat are responsible for dealing with burns from fire. They also have powers to keep away snakes, to cure many diseases & the ability to keep away enemies from their animals. The Turnyerim have powers over drought & they pray for rains during dry periods. They can also cure snakebites by spitting on the wound. Other clans have healing powers over eye infections, scorpion bites, muscular problems and so on. Members of the same clan are forbidden from marrying or even dancing with each other.

The Dassanech were originally nomadic pastoralists & today are predominantly agro-pastoralists who complement their income from livestock production with cultivation of crops on the flooded banks of the omo river & fishing. They also raise sheep, donkeys & in some parts, camels. Sorghum is the staple food crop in addition to maize & beans.
The tribes trade with each other for beads, food, cattle & cloths. More recently they have begun trading guns & bullets as well as other goods such as beer.
They are surrounded by four ethnic groups: The Turkana, the Gabra, the Nyangatom & the Hamar, who are considered as enemies.The Turkana & Gabra are located in Kenya, while the Nyangatom & Hamar are Ethiopians.
They are governed by an age-set system, one of the oldest political institutions in Africa, which divides people into age categories for the purpose of political, economic & social structure.  Power is in the hands of a group of about 30 elders called ‘bulls’ (ara).
Although it is a male dominated society, having a girl also gives a social status among peers & is therefore celebrated. Dassanech girls are circumcised young, at around age 10 or 12. If they aren’t circumcised she cannot marry & her father won’t receive her bride-price. Until they are circumcised, girls are called ‘wild animals’ or ‘men’ to tease them – the idea is that their clitoris has to be removed before they act like women. Once they go through the ritual of circumcision they are given sour milk to drink & a necklace by her mother. From then on, she is allowed to wear a leather skirt to show that she is now considered an adult. marriage follows soon after.
The biggest ceremony in a man’s life is called Dimi or Dime. a Dassanech man blesses his daughter’s fertility & future marriage. Once he has gone through Dimi, a man becomes an elder.About 10 cattle & 30 smaller animals are slaughtered & other stock is traded for coffee. Both men & women dress in fur capes to feast & dance & the leaders of the village bless the girl. After the ceremony, the participants are upgraded to ‘great men’ and may now engage in politics.
Some pictures of Dassanech:

Poorest tribe are in Omo River 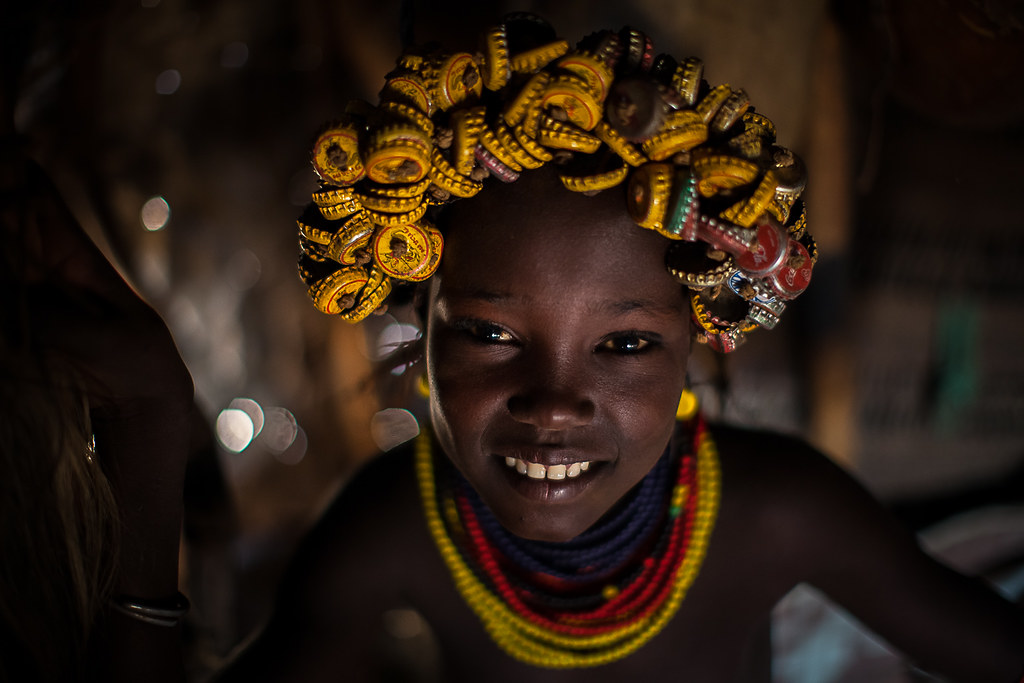 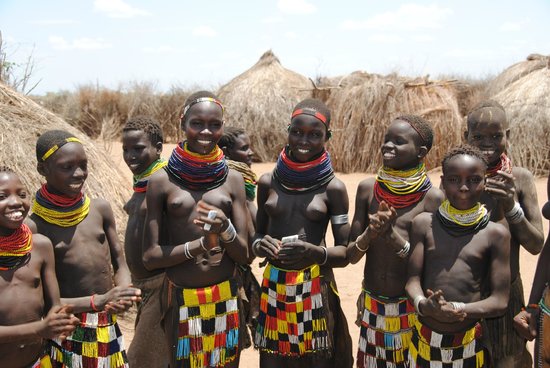 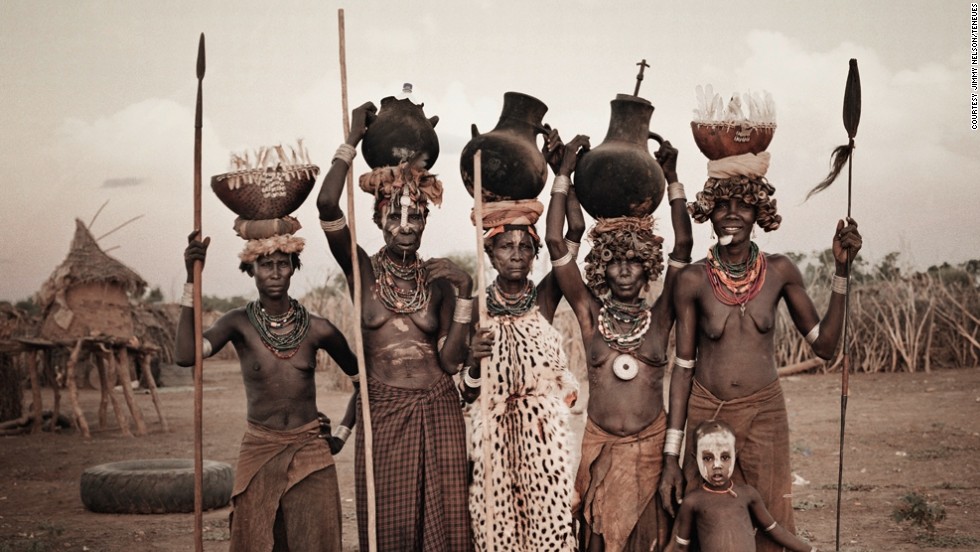 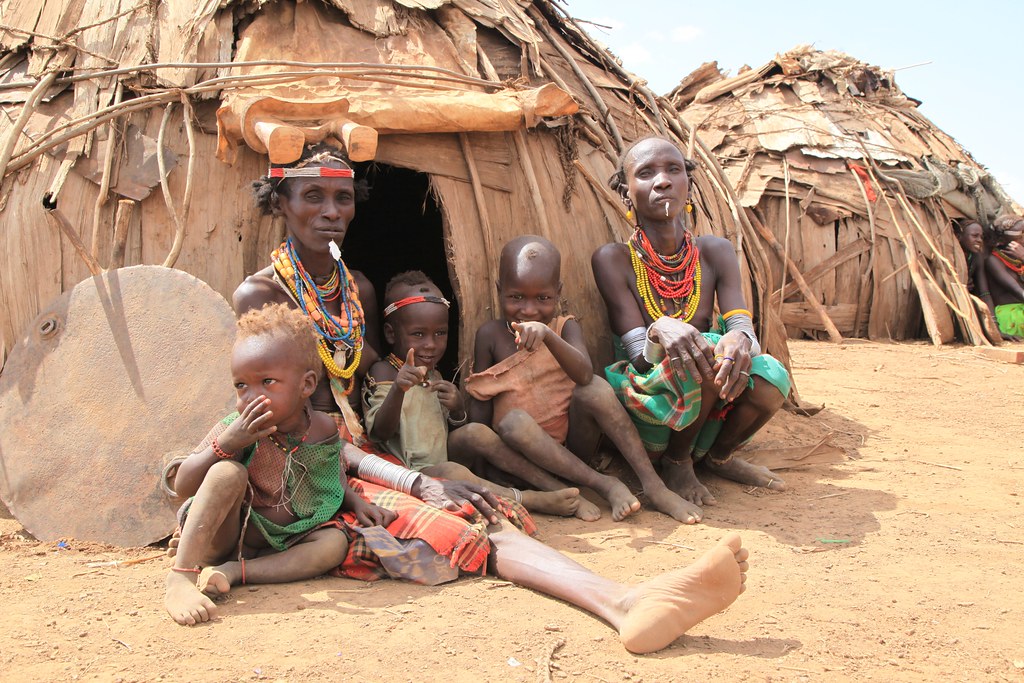 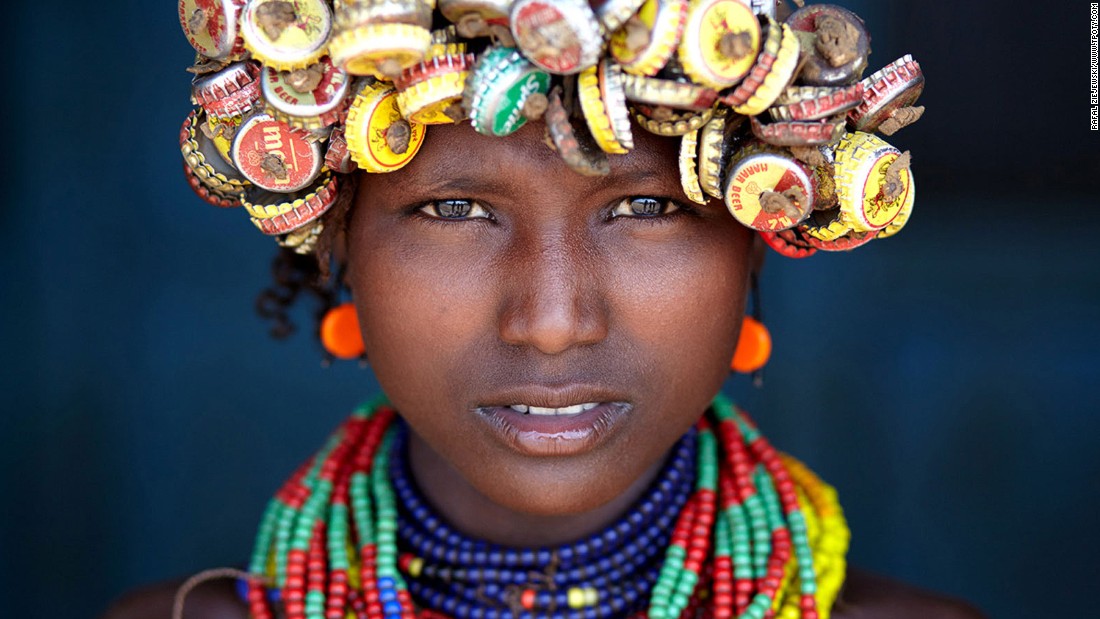 Dassanceh girl- Omorate-settlement in the desert area alongside the Omo River, South Ethiopia 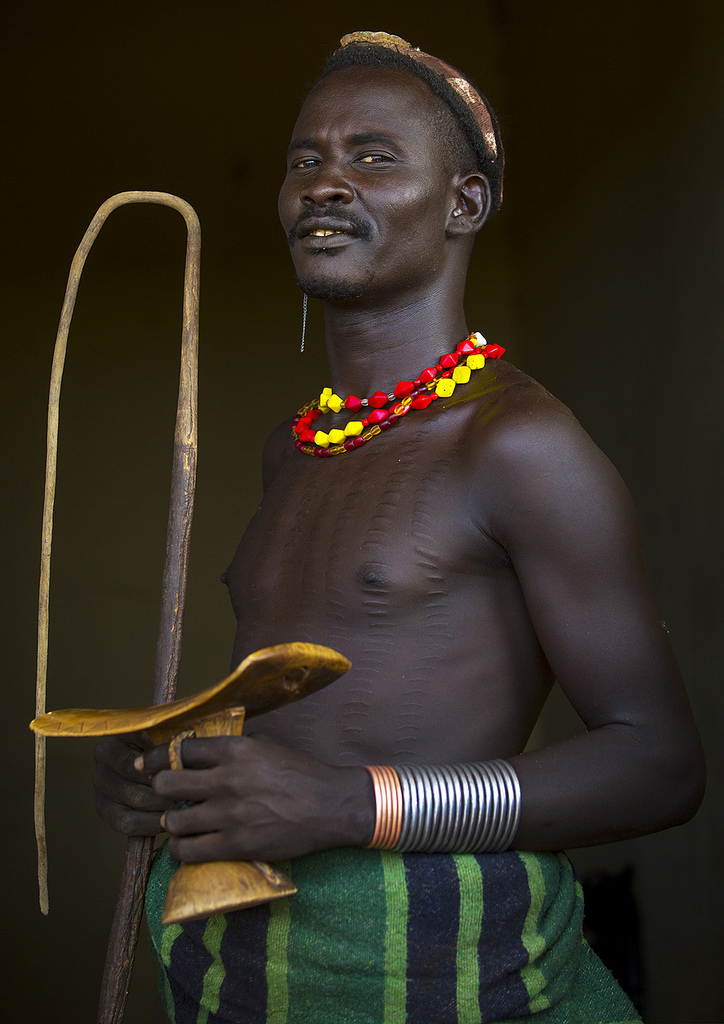 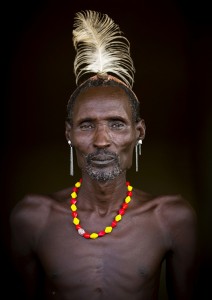 Dassanech men wear the typical hair if they have recently killed an enemy or a dangerous animal, bear head of ostrich feathers 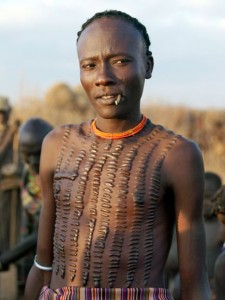 Dassanech man with his tribal scarification.

In this lovely night,I pray to the blue moon to pr...
HEALTH: What do these 8 different types of stomach...
Enthusiasm Quote
HEALTH EDUCATION: The Lotus Birth

She may suffer from Zoophilia, or sexual activity with a non-human animal, as well as Bestiality.

PHOTOGRAPHY: 70 Cute Babies With Beautiful Eyes Around The World

A Life Full of Smile : Nguyen Hoai Thuong, 7 y.o.,...
Hatred Quotes
Against All Odds: “I married her soul, her c...
Carly Rae Jepsen – I Really Like You

A Life Full of Smile : Nguyen Hoai Thuong, 7 y.o.,...
Hatred Quotes
Against All Odds: “I married her soul, her c...
Carly Rae Jepsen – I Really Like You