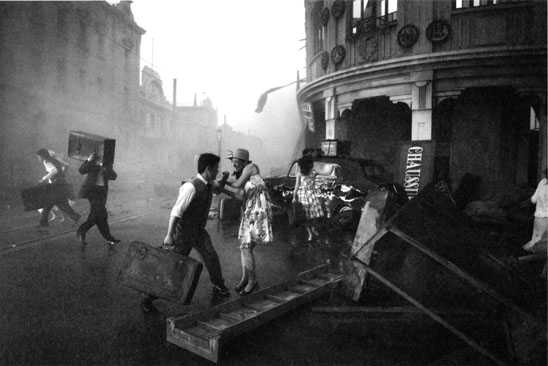 The complicated production and his stardom are a far cry from the early days when he had to scrape together 20,000 yuan (US$2,930) to make an experimental film as a struggling young visual artist.

The work addresses themes of dislocation and the meaning of life. It runs through August 23.

Yang is especially popular in Europe where his works have been widely collected by museums and cited in contemporary art history books. 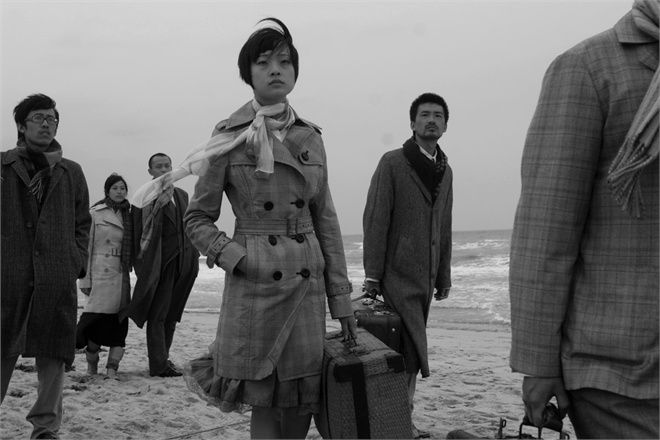 Seven Intellectuals in a Bamboo Forest

In 2007 he exhibited at the Venice Biennale; in 2004 he won the Hugo Boss Contemporary Art Prize of the Guggenheim Fund.

“I don’t feel much different now that I have a big name,” says Yang, who is around 40. “I still joke around with my friends, but I do get some VIP treatment from strangers.”

Success makes it easy for him to get funding and sponsorship for film projects.

“Yet, I really miss the old days when I could shoot a damn good film with such a limited budget of 20,000 yuan,” Yang says. “I had to wrack my brains to think of people from whom I could borrow the money and how I could cut costs.”

His first film was about the weakness of the human condition, the inability to understand reality and relate to it. It was filled with existential melancholy.

“You could say all my works are about my generation, our hesitation between yesterday and today,” he explains.

Born in 1971 in Beijing, Yang trained as a painter at China Academy of Fine Arts in Hangzhou, capital city of Zhejiang Province. He grew up during the turbulent “cultural revolution” (1966-76) and attended university during the days of China’s reform and opening-up. 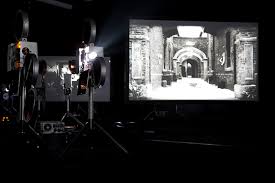 Young people of his generation are caught between tradition and rebellion, bewilderment and insight. He left Beijing, got an advertising job in Shanghai and gave that up to work on his art.

He now lives and works in Shanghai.

“I am not a person with plans,” he says, “though often I question how I can survive without plans in today’s fast-paced society.”

But one thing never changes: his curiosity and passion for film.

“Some people ask me what my films are about, I tell them that depends on what they can find,” he says.

His works raise questions about the seeming emptiness of life but provide no certain or hackneyed answers. They are open-ended and inconclusive.

His latest work, “Dawn Mist, Separation Faith,” uses a cluster of projectors, televisions and slides that conjure up a bizarre and surreal world lingering between reality and illusion. Most of his characters are caught in dilemmas.

“The more I stay in Shanghai, the more I am accustomed to its lifestyle,” he says. “I don’t like night life. If I’m not at work, then I’m at home or on my way home.”

“Yang Fudong: Dawn Mist, Separation Faith” (2009). A collection of his art reviews has been published under the title “Text” in 2013.

One of his pastimes is watching soap operas. “I sound like a middle-aged woman,” he jokes.

Yang is preparing to shoot a film at the Metropolitan Museum of Modern Art and will soon go to New York to check the venue. It’s part of his series involving museums.

It’s difficult for him to assemble a qualified shooting team.

“You cannot shoot a film alone, it’s a team work,” he says. “But it’s not easy to form a mature team and sometimes it’s also difficult to find a qualified producer.”

When asked about idea of success, he says: “I am right on the road!”

How to learn! The Best Method To Success