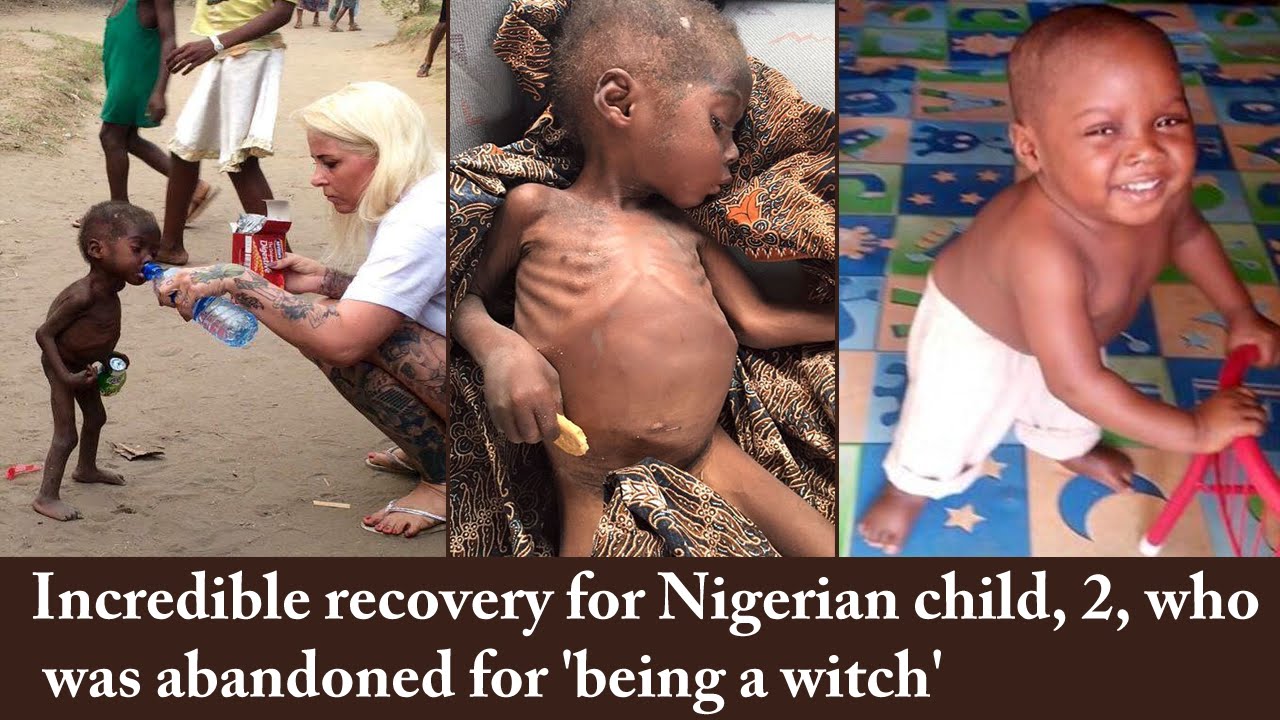 The boy was abandoned by his family, who accused him of being a witch, according to the aid worker who found him in Uyo, southeast Nigeria. Charity Worker Anja Ringgren Loven, who works with Danish charity DINNødhjælp, helped a starving Nigerian boy, who she later named Hope, after he was abandoned after being accused of being a witch.

Desperately emaciated, the 2-year-old boy could barely stand as he thirstily gulped water from a bottle.

Heartwarming pictures of her feeding the boy water and wrapping him in a blanket before taking him to hospital were also posted online on Loven’s Facebook account on Jan 31, 2016.

A 2-year-old Nigerian boy who was abandoned by his family receives a bath from aid workers. 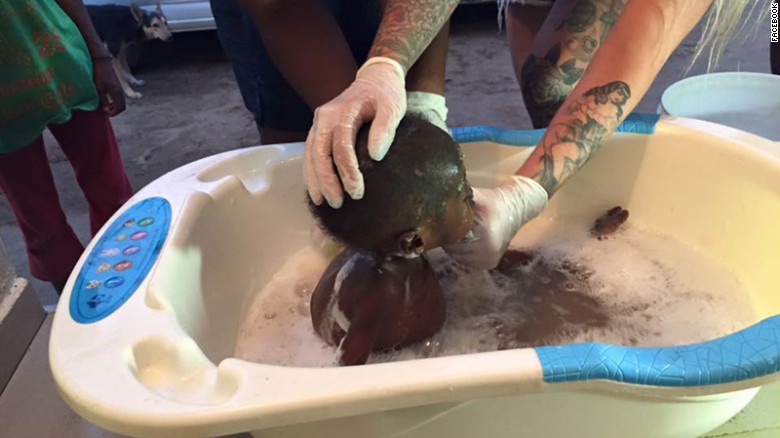 Danish aid worker Anja Ringgren Loven says Hope, had been living on the streets  naked and survived on scraps from passersby. When she found him, she says, he was riddled with worms and had to have daily blood transfusions to  sustain him. He was wandering on the streets for eight months.

Hope received blood transfusions and medication to remove worms from his stomach.

“Thousands of children are being accused of being witches and we’ve both seen torture of children, dead children and frightened children,” she wrote in Danish on Facebook, as she appealed for funds to pay for food, medical bills and schooling.

Loven is the founder of African Children’s Aid Education and Development Foundation, which she created to rescue children labeled as witches. 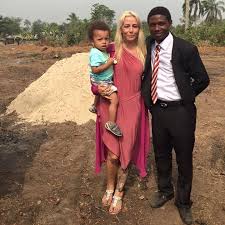 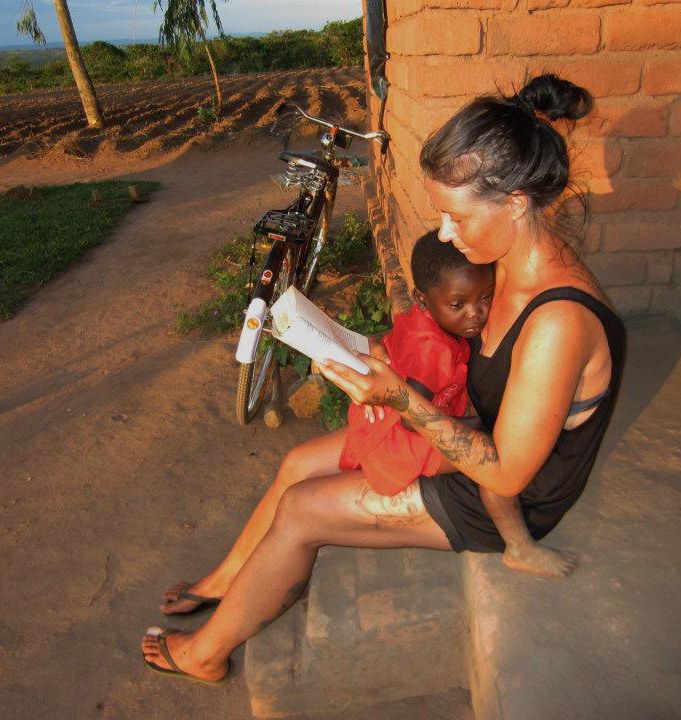 Anja described him as a “strong little boy”

Posting on her Facebook page on February 12, Loven says: “Hope is getting so much better. Already gaining a lot of weight and looking so much more healthy. Now we only need him to talk.
“But that will come naturally when he is out of the hospital and starting his life among all our children.
“Children become stronger together.” It is a criminal offense in Akwa Ibom state, where Hope was found, to label a child a witch, but the practice persists.
Attempts to reach Loven and local officials were not immediately successful.
Belief in witchcraft thrives worldwide. In 2009, about 1,000 people accused of being witches in Gambia were locked in detention centers in March and forced to drink a dangerous hallucinogenic potion, human rights organization Amnesty International said.
In 2014, a report by the U.N. High Commissioner for Refugees stated that human rights violations were taking place in Nepal, leading to violence against women, children, disabled people and the elderly.
In 2010, CNN reported on the plight of children in Nigeria who undergo frightening exorcisms and are sometimes killed by their own family.
One 5-year-old boy, named Godswill, had been accused of being a witch and neglected, beaten and ostracized by his own family and community. At the time, an Akwa Ibom state official acknowledged some cases, but said reports of child rescues were exaggerated.
Sam Ikpe-Itauma, of the local Child’s Rights and Rehabilitation Network, which rescues children like Godswill, told CNN: “Once a child is said to be a witch, to be possessed with a certain spiritual spell capable of making that child transform into, like, cat, snake viper … a child could cause all sorts of havoc like killing of people, bringing about diseases, misfortune into family.”
Ikpe-Itauma doesn’t believe in witchcraft and tries to raise awareness in communities gripped by hysteria. He believes poverty is a key factor that drives the belief in witchcraft. He says: “Poverty is actually a twin sister to ignorance.” Unbreakable bond: The Danish care worker who saved an emaciated Nigerian boy Hope (pictured) from certain death after his family cast him out for being a ‘witch’ has told of her love for him Recovery: Two months after Anja rescued Hope (pictured), he has reached a healthy weight and can play with other children

Anja explains how Hope has hypospadias – meaning the urethra is located on the under side of the penis instead of at the tip. Anja adds: “This is an operation the doctors have performed many times, so Hope will be very fine.” 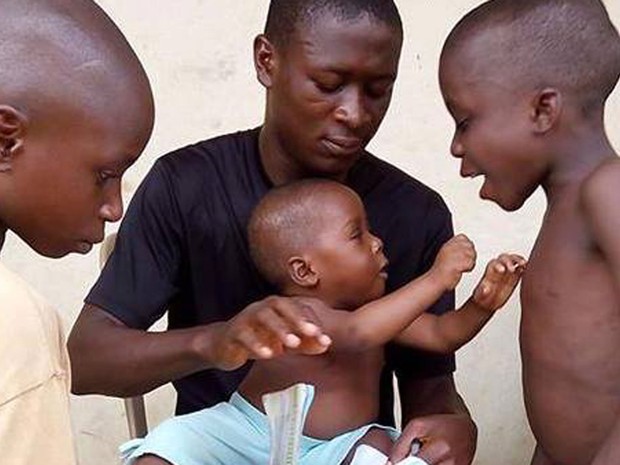 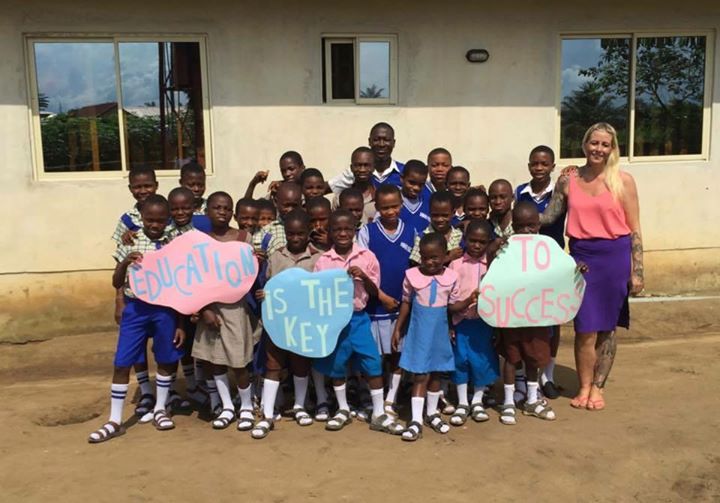 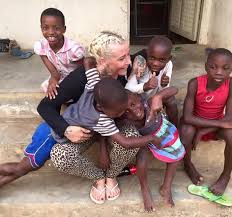 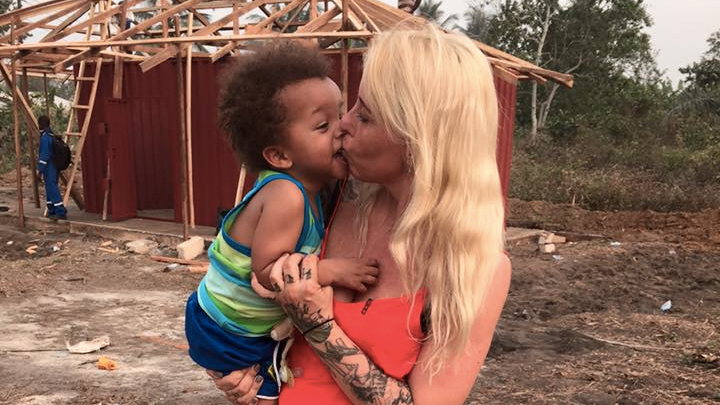 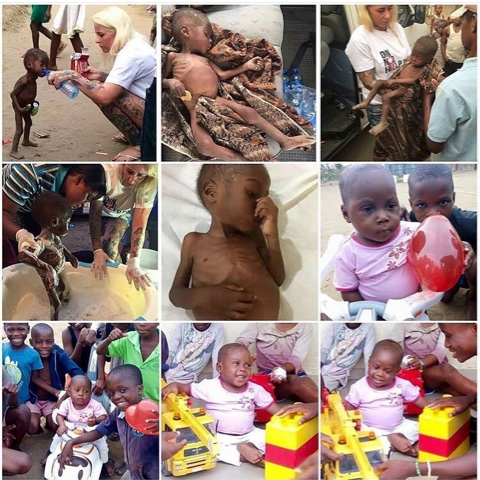 HEALTH EDUCATION: Yes, The Scientific Evidence Says That Eating Pork Does Cause Cancer

Wonder and Mystery quotes and images

MUSIC: You Raise Me Up by Celtic Woman

Adorable: Parenting in the Wild
Tips: How to get rid of Double Chin
Nature: What Are The Scariest Insect In The World
Kampung Monyet, the Masked Monkey Slum of Jakarta,...

Adorable: Parenting in the Wild
Tips: How to get rid of Double Chin
Nature: What Are The Scariest Insect In The World
Kampung Monyet, the Masked Monkey Slum of Jakarta,...