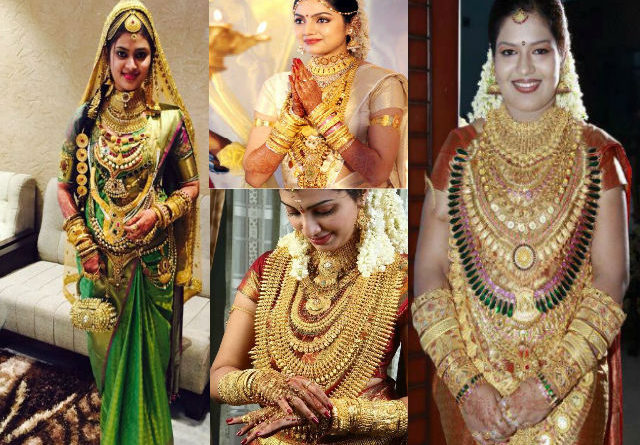 In 2015, the Indian economy was the world’s seventh largest by nominal GDP and third largest by purchasing power parity.[14] Following market-based economic reforms in 1991, India became one of the fastest-growing major economies and is considered a newly industrialised country. However, it continues to face the challenges of poverty, corruption, malnutrition, and inadequate public healthcare. (wikipedia)

But Indians are one of the world’s largest consumers of gold, with wealthy families often spending tens of thousands of pounds jewellery to wear at weddings and other special occasions.

India is the second-biggest consumer of gold in the world (slightly behind China), buying anywhere between 800 and 1,000 tons of the luminous metal every year, according to the World Gold Council.

Indian weddings are often so large, that families sometimes start saving decades in advance. Yes, the amount they spent on gold is enough to take your half life savings!

In India,you know a wedding’s big when it doesn’t just break the bank — it sways global markets. There are up to 20 million weddings a year in India, and while no two relationships are the same, all will have one thing in common.
Gold — and lots of it. So much of the precious metal in fact, that it can influence the price of gold around the world. These bride pictures tells us their love for the precious metal.

Do look at these pictures and judge whether it’s a celebration of two couple bondings or an advertisement for a Gold manufacturing company. (newsleakcentre) 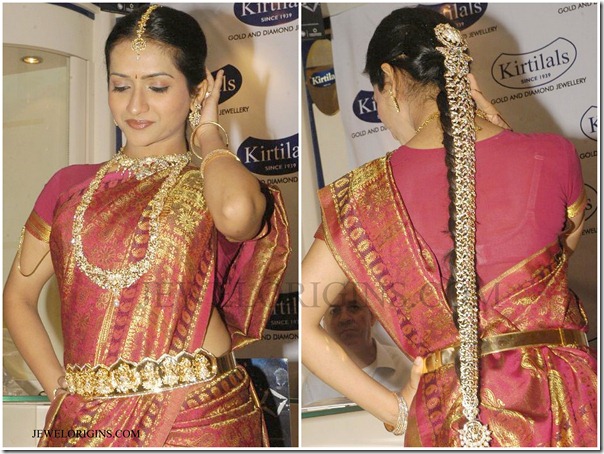 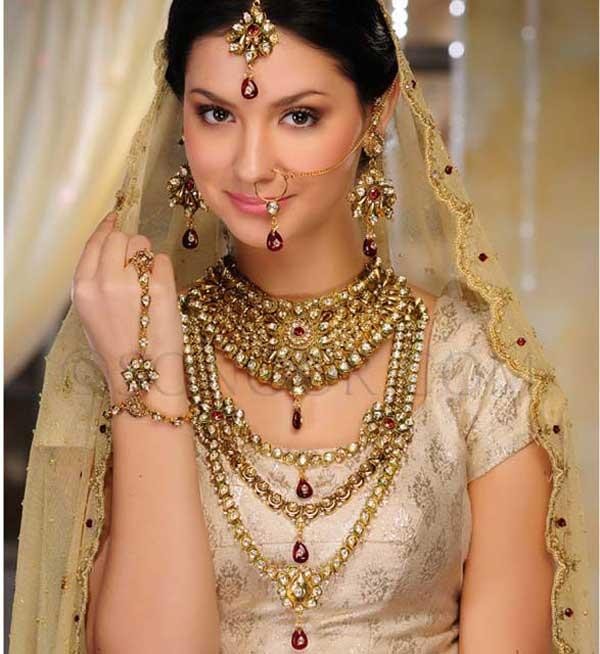 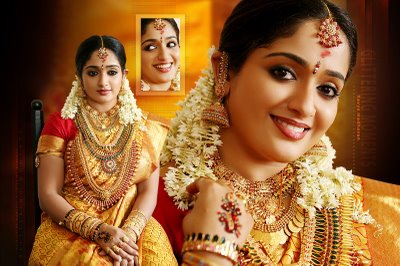 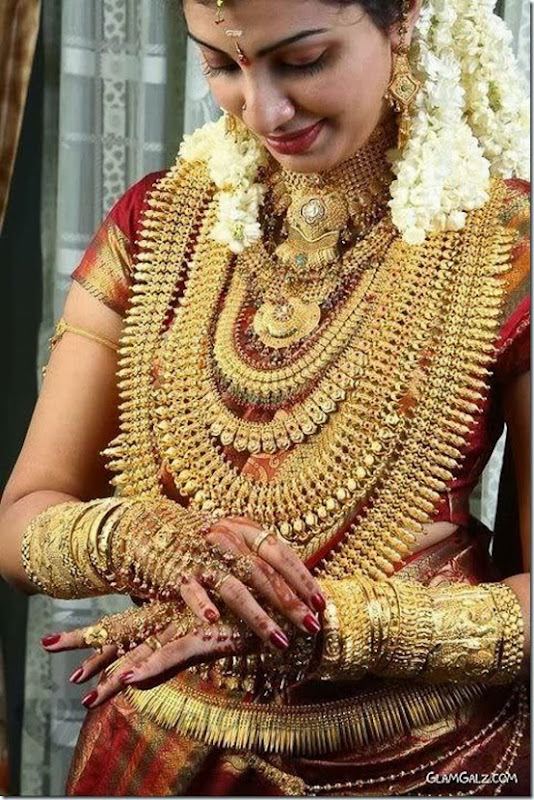 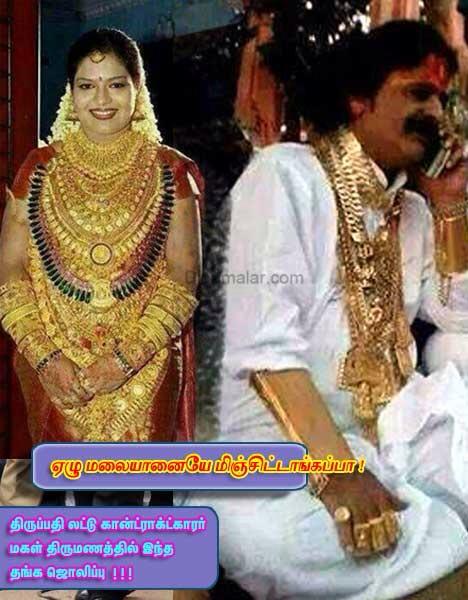 Indian bride wears £400,000 of jewellery on her wedding day (but her father almost manages to upstage her with his collection of chains!)

Something gold, something new!

An Indian sweet maker made sure his daughter truly was the golden girl on her wedding day by covering her in gold jewellery worth more than £400,000.

The wedding took place in the holy city of Tirupati in Andhra Pradesh state, with the father of the bride – whose name has not been released – almost upstaging his daughter by showing off his own huge collection of his own gold chains.

So conspicuous was the pair’s flaunting of their wealth that the local police force sent a guard of  officers to the wedding to ensure they weren’t attacked and robbed as the wedding party travelled through poverty-stricken neighbourhoods on their way to and from the ceremony.

Flaunting her wealth: The unnamed bride’s £400,000 jewellery collection was widely condemned on social media, with people branding it both crass and shocking.

Police spokesman Sandeep Kumar in Tirupati – a holy city known for its famous temple of Lord Vishnu – confirmed that the man and his daughter had worn gold jewellery throughout the ceremony.

‘It is not a crime to wear such a large amount of gold, but there could have been a crime once people heard about it. We just wanted to make sure there were no problems in advance,’ he said. The father of the bride reportedly made his millions from selling confectionery in India’s southern Andhra Pradesh state. Neither his nor his daughter’s names have been made public.

Conspicuous display was branded ‘crass’ and ‘shocking’ on social media

The move was widely condemned on social media sites once the images from a mobile phone was shared, with people branding it both crass and shocking.

Others said the pair should be humiliated by so an unapologetic display of wealth in a country where millions of families struggle to find enough money to feed themselves every day.

Mouthwash use 'linked to oral cancer': People who use products more than three times a day increase risk

FESTIVALS: Carnival In Rio De Janiero, Brazil
What Hijab That Suits Your Face?
Education: Thirst for Knowledge
Chicken Rice Around The World

FESTIVALS: Carnival In Rio De Janiero, Brazil
What Hijab That Suits Your Face?
Education: Thirst for Knowledge
Chicken Rice Around The World