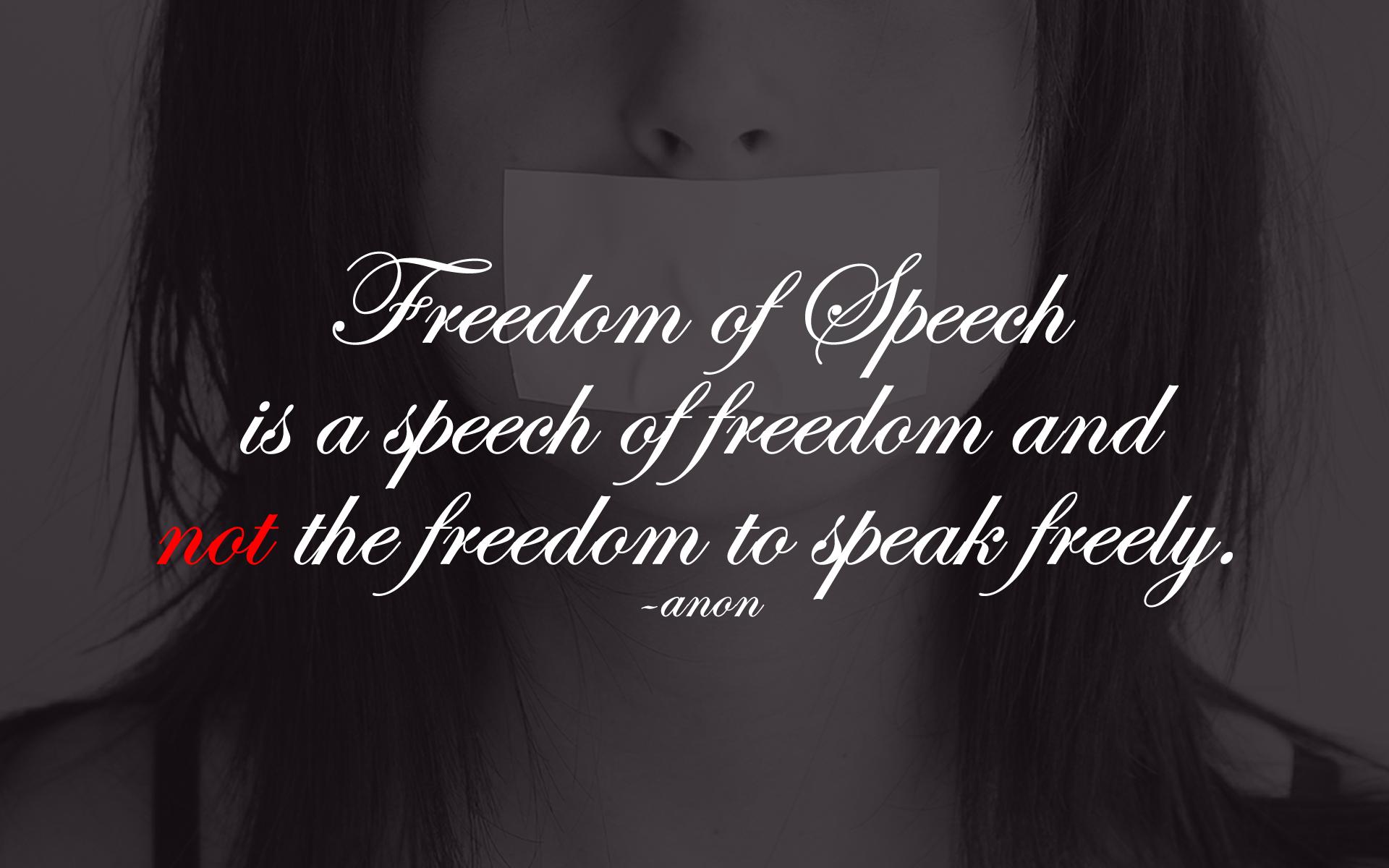 “PEACE CANNOT BE KEPT BY FORCE. IT CAN ONLY BE ACHIEVED BY UNDERSTANDING”

We seek peace, knowing that peace is the climate of freedom. But what if that freedom is abused especially the freedom of speech and expression that are mostly abused.
Anybody who tries to justify abuse using arguments that they support freedom of speech is confusing “freedom of speech” with “free speech”. Freedom of Speech is the right to communicate opinions and ideas – and censoring these is one of the first signs of a restrictive society that can, and does, lead to totalitarianism.It is not, however, a right to “free speech” where you can call for the rape of women, or abuse others through words or images. Freedom of Speech also implies responsibilities that justify that freedom.

From profanity to nudity these moral destroyers are acceptable and protected, and yet the freedoms associated with religion are met with disdain, and attempts to suppress those of faith is gaining momentum.
Freedom of speech is a privilege, as well as a right, and one which carries responsibilities.
Freedom of speech and freedom of expression does not give a person the right to do things that are detrimental to society as a whole. When people have a problem conducting themselves in a proper manner — they have to be reigned in. Terrorist could be viewed as utilizing their freedom to terrorize, because they are expressing their desire to coerce violence. Rapists could be viewed as just fulfilling their desires. So, therefore — there has to be a restriction on freedom of expression.
While freedom of speech gives us the right to verbally express how we feel, it does not give us the right to curse and abuse other people. Some things require self-control and respect. But unfortunately there will always be those who will pontificate that they have a right to do whatever they please.

PEOPLE: 10 COUNTRIES WHERE WOMEN FAR OUTNUMBER MEN
Against All Odds: “I married her soul, her c...
HEALTH: Do You Have Kidney Stones? Here Is The Hom...
Historical Photos: The Horror of By Gone Days

Eating Chicken: The Good and the Bad Side of Eatin...
Children need love, especially when they do not de...
HEALTH: Coconut Water- Dissolves Kidney Stones, ki...
The Oldest Animals That Ever Lived

Eating Chicken: The Good and the Bad Side of Eatin...
Children need love, especially when they do not de...
HEALTH: Coconut Water- Dissolves Kidney Stones, ki...
The Oldest Animals That Ever Lived