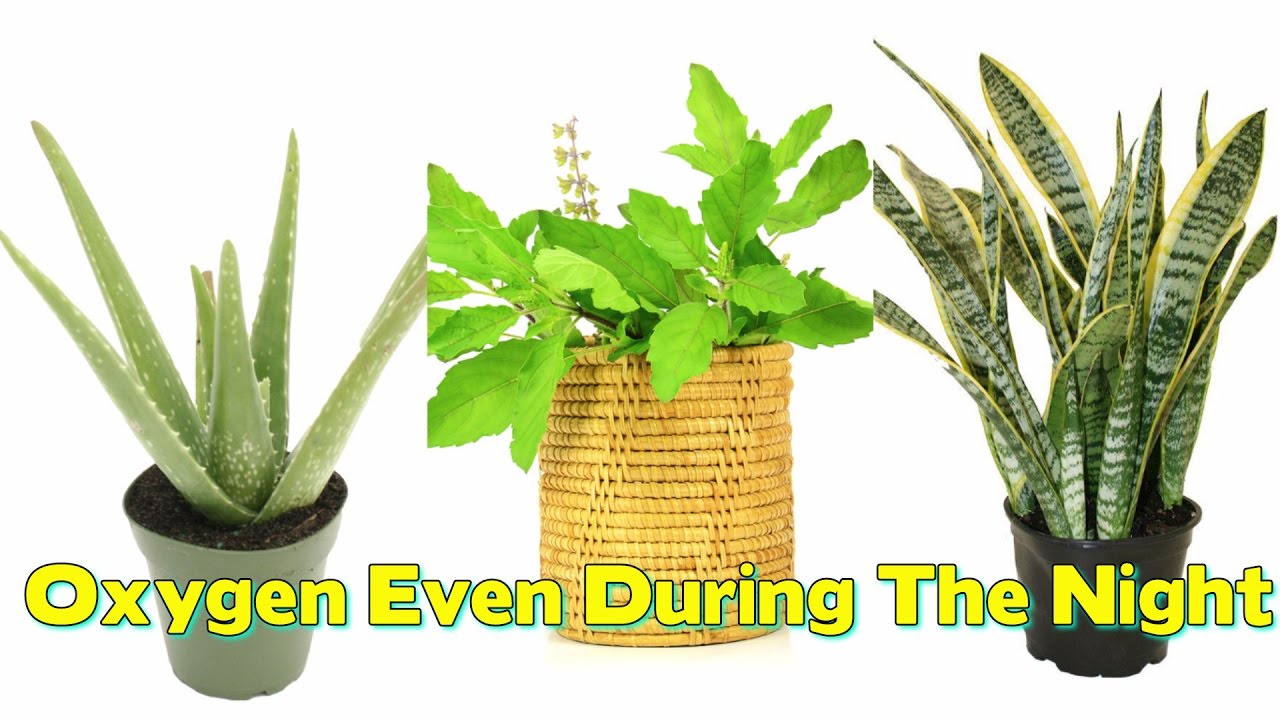 Aloe Vera and snake plant releases plenty of oxygen at night. They are also an extremely hardy plant and doesn’t need to be watered very often. Holy basil’s leaves emit a scent which can soothe your nerves and reduce anxiety. Also, areca palms are particularly efficient at absorbing all kinds of harmful gases and humidifying the air. Because they’re native to dense tropical forests, they’re also well suited to areas with less sunlight.

Like any living thing, plants survive through respiration, inhaling oxygen and exhaling carbon dioxide. During the day, carbon dioxide emissions by the plant are almost negated because of photosynthesis, which is the complete opposite of respiration. But in the night, plants lack sunlight to carry out photosynthesis and instead, their carbon dioxide output gets amplified. While the amount of carbon dioxide emitted by the plants won’t exactly suffocate you in your sleep, an abundance of oxygen can have a calming effect, reducing anxiety and insomnia. Assuming you can keep them alive, the following plants emit plenty of oxygen even in the night and will help you have a better sleep.

Nature’s answer to almost every skin and health problem, Aloe Vera, the overachiever of the plant kingdom, releases plenty of oxygen at night as well. A major bonus, Aloe Vera is also an extremely hardy plant and doesn’t need to be watered very often. It reproduces very easily too, so you can go ahead and litter your whole house with pots of Aloe to get the most out of this plant. 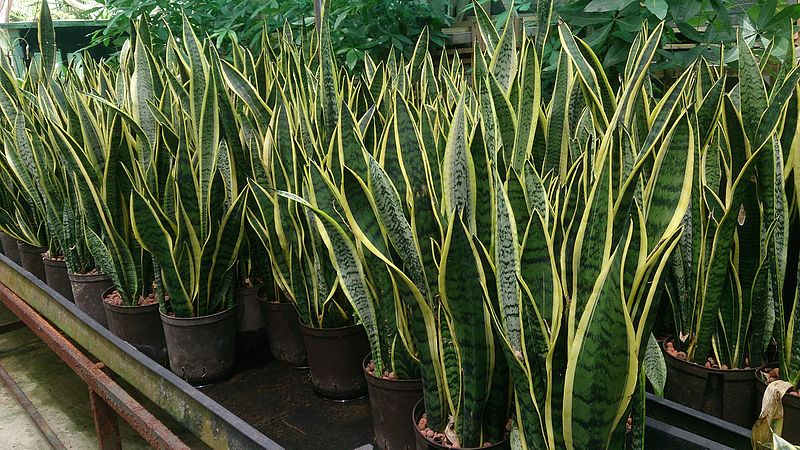 Think the name is sinister? Its nickname, ‘Mother-In-Law’s Tongue’ is even more menacing. However, unlike your mother-in-law, you definitely want one of these around your house. It is consistently ranked as one of the best air purifiers you can have in your home and like Aloe Vera, Snake Plant is also very durable and won’t need your constant attention to thrive. It is unique for its nighttime oxygen production, and ability to purify air through the removal of benzene, formaldehyde, trichloroethylene, xylene and toluene.

The Snake Plant does well in window light and needs to be watered weekly. For one person, six to eight waist level plants are recommended. In an air sealed room, these plants are capable of producing enough oxygen to breathe normally.

Almost synonymous with purity, the benefits of Neem have long been documented in the Indian subcontinent. Neem doesn’t just purify the air though, it also acts as a natural pesticide, creating a barrier between you and those pesky mosquitoes. In fact, Neem goes further than just killing pests, it starves them and prevents eggs from hatching. This heavy duty plant does come with a catch though. Growing it indoors requires a lot of patience and care, there needs to be plenty of sunlight in the room and the best quality soil needs to be used. 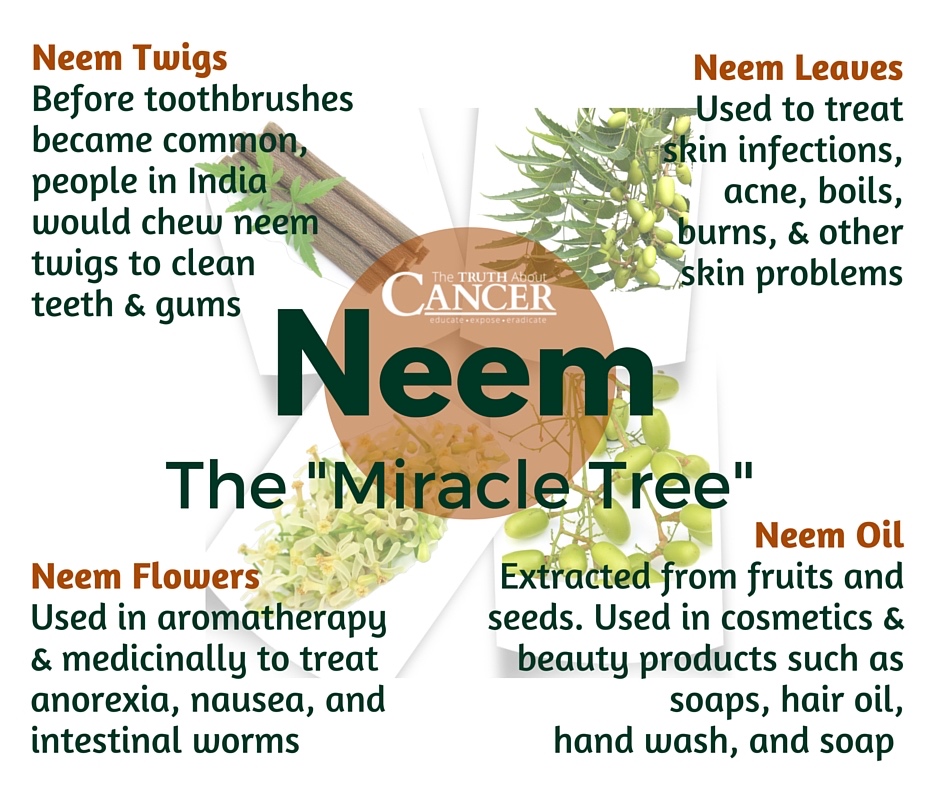 Credit: The Truth About Cancer

While consuming the leaves of the Tulsi plant has its own benefits, having the plant near you is just as beneficial. Tulsi leaves emit a very characteristic scent which can soothe your nerves and reduce anxiety. When it’s time to hit the sack after a tiring day at work, this could be just what the doctor ordered. While a bunch of orchids could beautify even a prison cell, there are far more benefits to keeping Orchids than just aesthetics. While they give off plenty of oxygen at night, which makes them perfect for keeping in a bedroom, they also banish xylene (a pollutant found in paint) from the environment and leave your house feeling fresher than ever. If you have a brown thumb, don’t fret. Orchids thrive on neglect and in fact, fussing over them too much could actually kill them. Just make sure they have enough of sunlight and let them do the rest! 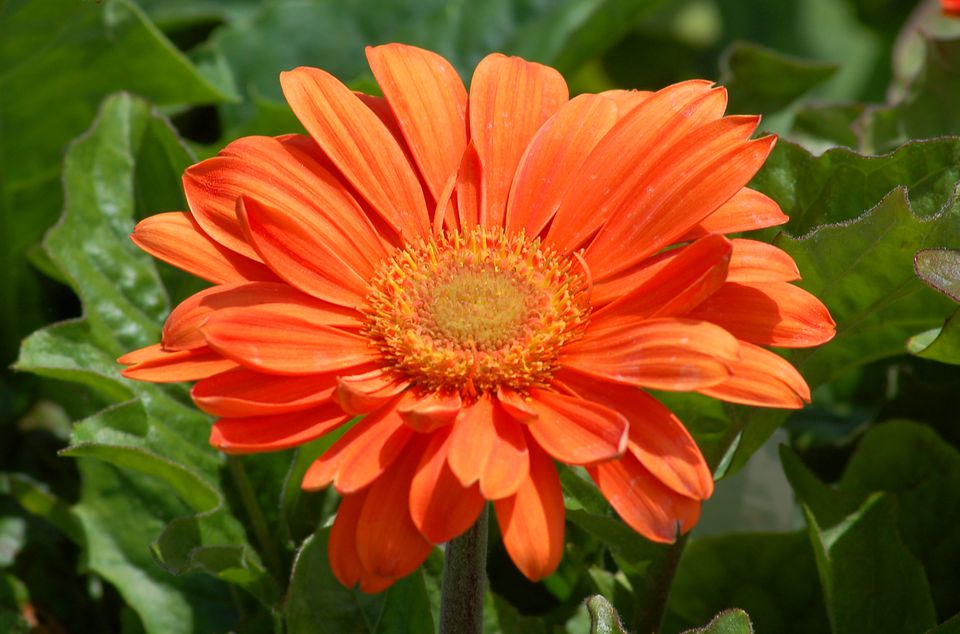 Arguably the prettiest entry on the list, the Gerbera Daisy is often used as a decorative element in gardening. However, the Gerbera Daisy is also distinct for its ability to produce high levels of oxygen at night while removing harmful chemicals, such as benzene and trichloroethylene. Beneficial for those suffering from sleep apnea and breathing disorders, keep this one on the nightstand for better sleep.

Bring a little sunshine into your life by keeping these bright orange flowers in your room. While they simultaneously purify and perfume the air, gerberas also have a multitude of health benefits from curing colds to preventing cancer. When planting a gerbera, opt for a transplant from a nursery as these plants can be tricky to grow.

The Gerbera Daisy prefers bright sunlight during the summer, spring and fall, and indirect light during the winter. It needs to be watered regularly with the soil being kept moist. Due to the decorative nature of the flower, the amount of recommended flower pots is up to the discretion of the planter.

Superstitions surrounding the Peepal tree claim that the souls of the dead live among its leaves and after reading its benefits, you’ll want to too. Apart from being a powerful source of oxygen, the leaves of the tree are also used to manage diabetes, avoid constipation and treat asthma. Perhaps this was why the Buddha chose to meditate under the Peepal tree. Forget about Christmas trees, a Christmas Cactus is what you need during the festive season. It may bloom only in December but its succulent leaves and health benefits will keep you merry throughout the year. The cactus emits oxygen all through the night, helping you sleep well. It also thrives in dark rooms, making it the perfect bedroom companion. 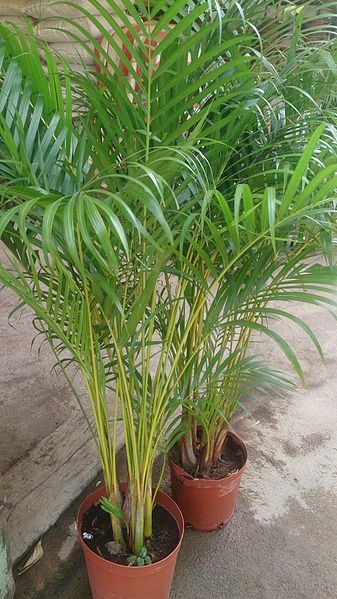 As with all plants, the Areca Palm is biologically engineered to take in carbon dioxide and release oxygen. However, what sets the Areca Palm apart is its ability to also purify the environment it’s placed in by removing dangerous chemicals such as formaldehyde, xylene and toluene and and humidifying the air.

You might only know it as the universally favourite plant for dentist waiting rooms everywhere, but the Areca Palm is also the best plant you can have indoors. Because they’re native to dense tropical forests, they’re also well suited to areas with less sunlight.

The Areca Palm does well in filtered light and needs to be watered often. For one person, four shoulder high plants should suffice. 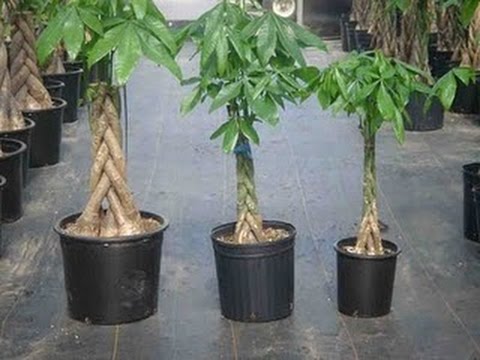 Featured by NASA, the Money Plant is renowned for its ability to remove chemicals and other pollutants from the air, specifically benzene, formaldehyde, xylene and toluene. However, despite the benefit of its high purification rate, this plant is toxic to cats, dogs and small children if its leaves are ingested.

The Money Plant prefers indirect light and needs to be watered every week or so. For one person, three 18-inch plants are recommended. 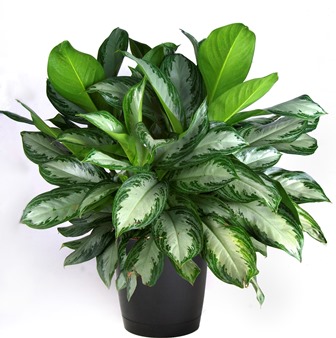 The Chinese Evergreen is one of the most common household plants and for good reason. This plant emits a high oxygen content while purifying indoor spaces of harmful chemicals such as benzene, formaldehyde and other toxins. As its name suggests, it is quite popular in China specifically for its high efficiency in removing harmful pollutants from the air.

The Chinese Evergreen does well in full shade, and only needs to be watered occasionally with a focus on keeping the soil moist. The number of plants kept is at the owner’s discretion.

Olive Oil is One of the Safest Oils for Frying and...
VIRAL NATURE: Heartbreaking photo of monkey ‘cryin...
Love someone not only for what he/she is, but for...
African People: Wodaabe Flirtation Festival

Olive Oil is One of the Safest Oils for Frying and...
VIRAL NATURE: Heartbreaking photo of monkey ‘cryin...
Love someone not only for what he/she is, but for...
African People: Wodaabe Flirtation Festival