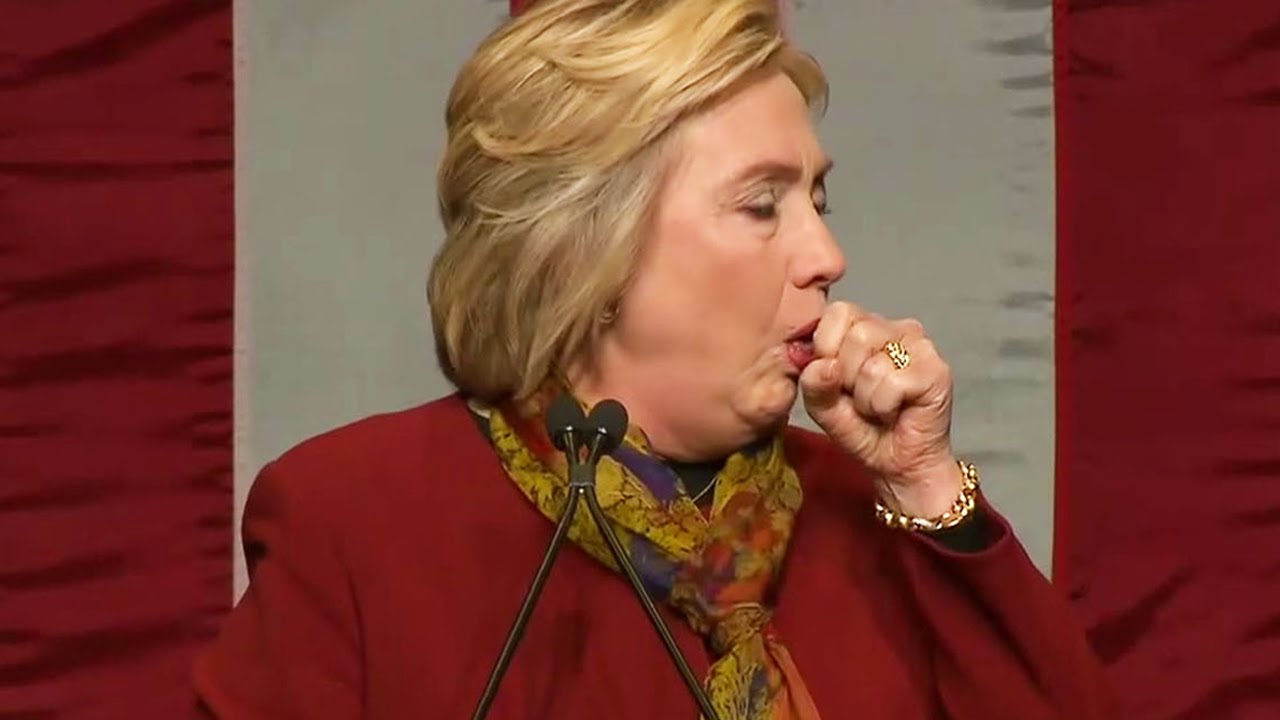 What’s causing that cough? Top causes and how to get rid of persistent and dry coughs

So your cold’s long gone, but have you now been left with a lingering cough that is keeping everyone awake and annoying colleagues?

New US research shows the average time for a cough to last after a virus is an exhausting 18 days – with many coughs sticking around even longer.

GPs admitted they have been inundated over the winter with patients complaining that they just can’t shift their persistent coughs, so what can you do?

“It’s your body’s way of keeping unwanted stuff from getting into your lungs. But unfortunately, post-virus, this irritating symptom can really linger.

“The majority of viral coughs are safe to treat at home, but you may need your GP’s help to shift it if it develops into a secondary chest infection.”

However, some persistent coughs aren’t viral at all.

“Prolonged coughs can be a sign of anything from asthma and heartburn to more serious lung disease – especially in smokers who often wrongly assume their cough is just par for the course.”

Here are the 10 most common cough causes – and their treatments.

Causes: It’s normal to have a cough with a virus, as it’s triggered by mucus draining down the back of the throat. The inflammation this causes often stays long after the initial illness.

Treat it: Some 90% of cases aren’t bacterial, so antibiotics won’t help. Prof Eccles advises using an over-the-counter syrup (try Covonia Chesty Cough Mixture, £3.98, from chemists) to loosen phlegm, or even just a hot drink, which promotes secretions in the airways, soothing irritation. If your sinuses are still inflamed, your GP can prescribe a steroid nose spray.

Symptoms: A chronic dry cough that’s worse at night, disturbing sleep, and sometimes with wheezing and shortness of breath.

Causes: An irritating night cough is often the first sign of asthma, especially in children, but you can develop it at any age. It’s also a sign asthma is worsening or not being well controlled.

Treat it: The first thing your GP will try is a blue’reliever’ inhaler, which releases medication to open the airways. In more severe cases, a brown ‘preventer’ inhaler is prescribed, which contains a steroid to reduce airway inflammation.

Symptoms: A ‘throat’ cough following a meal, or waking you at night, often with a nasty acid taste in your mouth.

Causes: Heartburn, or acid reflux, occurs when stomach acid flows back up the oesophagus, irritating the throat and triggering a cough. Large or rich meals late at night are triggers.

Treat it: Sleeping with an extra pillow can help reduce the backflow of acid. If it’s occasional, a simple over-the-counter anti-reflux treatment, such as Zantac, will reduce the production of stomach acid. If it’s frequent, talk to your GP who may want to investigate.

Symptoms: A hacking cough with greenish phlegm, plus a fever that follows after a cold.

Causes: A chest infection, or acute bronchitis, affects the lower airways. It’s generally caused by the same viruses that cause colds, but inflammation spreads lower into the lungs, leaving the area open to attack by bacteria.

Treat it: Drink plenty of fluids and take paracetamol to reduce a fever. Because most bronchitis is caused by a virus, your doctor will only prescribe antibiotics if he suspects a secondary bacterial infection has occurred.

Symptoms: Uncontrollable coughing fits, which may produce a ‘whoop’ sound.

Causes: This highly contagious disease has been on the rise again in recent years, and spreads when an infected person coughs and another person inhales the bacteria. A vaccine is given to babies and since last year, pregnant women, but protection fades so you can still get it as an adult.

Treat it: Babies are at the highest risk of severe complications and death and need close monitoring. In older children and adults it’s generally unpleasant, but not serious, lasting up to six weeks. Drink plenty of fluids and take ibuprofen to ease a sore throat.

Causes: ACE inhibitors, a drug used to control high blood pressure, can cause a chronic cough in 20% of patients.

Treat it: If your cough coincided with starting medication, talk to your doctor who can supply alternative blood pressure drugs.

Causes: Another highly infectious illness, once thought to be wiped out, current TB rates are the highest for 40 years.

Treat it: Because TB awareness is low these days, it’s worth mentioning the condition to your GP if your symptoms fit those described above. If they suspect TB you’ll have a skin test to check for antibodies and be sent for a lung X-ray. Treatment involves six months of strong antibiotics that cures 99% of cases.

Symptoms: It’s easy to get used to a ‘smokers’ cough’ but if it changes in any way, for example, becomes more frequent or you cough up blood, it needs checking out immediately.

Causes: Smoking irritates the airways causing a cough, which in the long-term can be a sign of COPD – chronic obstructive pulmonary disease, including emphysema and chronic bronchitis – meaning there’s irreversible damage to your airways, worsening if you continue puffing away.

Treat it: If you’re a smoker or ex-smoker with a persistent cough, your GP should send you for X-ray. It’s never too late to quit – giving up will lessen or abolish a smokers’ cough in 94% of people within four weeks, and will stop the rate of deterioration in COPD cases.

Causes: Lung cancer is now the second most common cancer in the UK and smoking accounts for 90% of cases. Treat it: If an X-ray confirms it, treatment combining surgery, chemotherapy and radiotherapy depends on the stage of the cancer.

Causes: When you suffer heart failure, fluid can build up in the lungs and cause a lingering cough.

Treat it: See your GP immediately. If they suspect heart failure you’ll be referred to a specialist hospital clinic for an ECG and blood tests. Treatments include ACE inhibitors to prevent fluid build-up and beta-blockers to slow the heart rate.

HOW TO GET RID OF THAT COUGH

Through all of this, the best advice is to keep hydrated if you have a cold or flu – it will help with catarrh and mucus.

Keep your throat lubricated and drink plenty of fluid. Honey is a natural antiseptic so try some warm water with honey and lemon, which can be very soothing.

2. PUT YOUR FEET UP AS MUCH AS POSSIBLE

Remember to take things easy and allow your body to recover when you are under the weather.

3. DON’T JUST PICK UP WHAT YOU ALWAYS USE

It’s best to check with a healthcare assistant or pharmacist — on hand to answer questions and suggest treatments you may not have thought of, as well as give advice.

One common way we might go wrong with self-treating is using an all-in-one cold and flu treatment. The different preparations available on the shelf and over the counter — including Boots’ own — might include three or four different medications, some of which might be inappropriate for your symptoms.

4. YOUR GP WON’T GIVE YOU ANTIBIOTICS FOR IT

Although flu can be debilitating, it cannot be treated by antibiotics from your GP as it is a virus and antibiotics are only effective against bacteria.

It is urged that patients consider having one to protect themselves and others against the illness. Again, your Boots pharmacist or GP can advise whether you are eligible to have the free vaccination this year.

Germs circulate easily via sneezed and coughed-out droplets. Always carry tissues and use them to catch coughs or sneezes to stop germs spreading.

Viruses can also transfer to your hands from surfaces such as taps and door handles then can enter the body through the nose.

Wash your hands often and as soon as you can after sneezing or coughing.

And use antibacterial gels to stop germs spreading to family, friends and colleagues.

Know the symptoms: colds and flu

1) A cold is a milder respiratory illness than flu, with symptoms that can make you feel ill for a few days rather than flu which can last weeks.

2) Flu can result in more serious health problems such as pneumonia.

3) Cold symptoms include sore throat, runny nose, congestion and a cough. Fever is unusual in adults, more usual in children. Mucus is watery for the first few days, thicker and darker as time wears on.

THINK OUTSIDE THE MEDICINE BOX

When we have a cold, 72% of us buy what we have always bought to treat the symptoms. There are many options to treat a range of different symptoms that you can discuss with your pharmacist.

Bizarre Relationship: Grandmother falls in love and is having baby with 26-year-old grandson

How to Ignore Things To Have a Great Paths To Inner Peace?