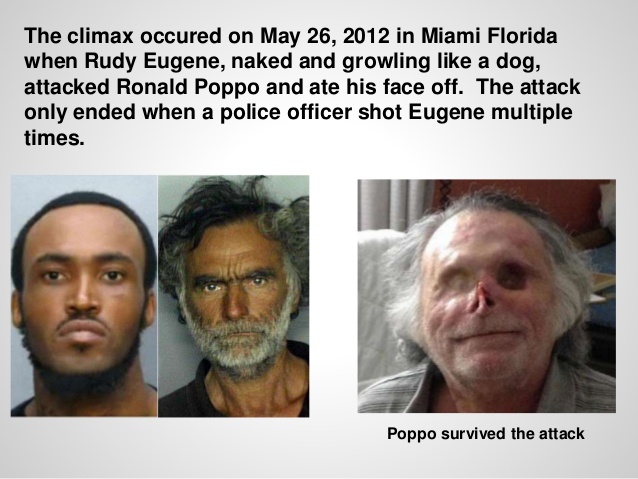 People are questioning the use of the synthesized drug often called “bath salts” or “flakka” given the recent“zombie-attack” in Floridawhere a 19-year-old ate a man’s face. Flakka is known to give users superhuman strength and regretful cannibalistic behavior. 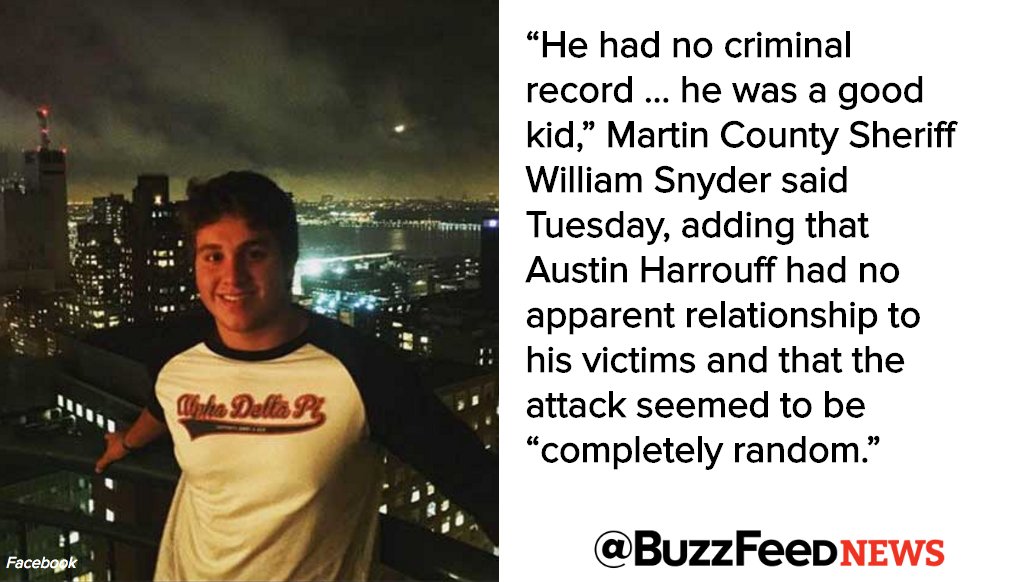 The Department of Public Safety lists a number of synthetic drugs that are harmful to the public, listing flakka third, after taking notes about its effects from the National Institute on Drug Abuse.

WHAT IS FLAKKA OR BATH SALT?

(NOTE: In Name Only

Synthetic cathinone products marketed as “bath salts” should not be confused with products such as Epsom salts that people use during bathing. These bathing products have no mind-altering ingredients.)

Synthetic cathinones, more commonly known as “bath salts,” or “Flakka” are synthetic (human-made) drugs chemically related to cathinone, a stimulant found in the khat plant. Khat is a shrub grown in East Africa and southern Arabia, and people sometimes chew its leaves for their mild stimulant effects. Synthetic variants of cathinone can be much stronger than the natural product and, in some cases, very dangerous (Baumann, 2014).

Synthetic cathinones are included in a group of drugs that concern public health officials called “new psychoactive substances” (NPS). NPS are unregulated psychoactive (mind-altering) substances that have become newly available on the market and are intended to copy the effects of illegal drugs. Some of these substances may have been around for years but have reentered the market in altered chemical forms or due to renewed popularity.

Synthetic cathinones usually take the form of a white or brown crystal-like powder and are sold in small plastic or foil packages labeled “not for human consumption.” Also sometimes labeled as “plant food,” “jewelry cleaner,” or “phone screen cleaner,” people can buy them online and in drug paraphernalia stores under a variety of brand names, which include:

How do people use synthetic cathinones?

Flakka can cause dangerous health effects like paranoia and agitation. Its effect that causes excited delirium is directly linked to the “zombie-attacks” where men were caught eating other people’s faces.

In other states, flakka users can experience :

What are other health effects of synthetic cathinones?

Nosebleeds, sweating, and nausea are some other health effects of synthetic cathinones. People who experience excited delirium often suffer from dehydration, breakdown of skeletal muscle tissue, and kidney failure.

Intoxication from synthetic cathinones has resulted in death. The worst outcomes are associated with snorting or needle injection.

Molly—slang for “molecular,” refers to the pure crystal powder form of 3,4-methylenedioxymetamphetamine (MDMA). Usually purchased in capsules, Molly has become more popular in the past few years. Users may be seeking out Molly to avoid the additives commonly found in MDMA pills sold as Ecstasy, such as caffeine, methamphetamine, and other harmful drugs. But those who take what they think is “pure” Molly may be exposing themselves to the same risks. News stories have reported Molly capsules containing harmful substances that include synthetic cathinones. For example, hundreds of Molly capsules tested in two South Florida crime labs in 2012 contained methylone, a dangerous synthetic cathinone.)

Taking synthetic cathinones often may cause strong withdrawal symptoms that include:

How can people get treatment for addiction to synthetic cathinones?

Behavioral therapy may be used to treat addiction to synthetic cathinones. Examples include:

No medications are currently available to treat addiction to synthetic cathinones.

Flakka is a major safety issue for the public given the numerous reports of its users being rushed to emergency rooms and poison control centers. It has a high level of addiction potential. Often times, its users abuse it.

Studies show that flakka is just as addictive and harmful as methamphetamine. Users can suffer from strong withdrawal symptoms when trying to ween themselves off of the drug.

In the excited delirium state, flakka users have killed innocent people. Others have died from using the drug. Survivors of that state have shown effects of dehydration, kidney failure and the breakdown of skeletal muscle tissue.

At the height of another widespread outbreak of flakka, Dr. Jon LaPook talked to CBSN in 2015, about the effects of the drug. Watch the YouTube video below to learn more.

US police arrived at the scene of a double homicide, to find a university student biting flesh off the face of one of the victims.

Michelle and John Stevens were allegedly stabbed to death in their Florida home. Photo: Facebook.

Police allege Harrouff may have been high on drugs when he attacked the couple and partially cannibalized Mr Steven’s face.

It reportedly took four police officers to pry Harrouff off the victim.

Police alleged he was “grunting and growling” and making animal noises at the time of arrest.

Police did not shoot at the accused, fearing they might miss and hit the victim.

They described Harrouff as “abnormally strong.”

“Somebody not feeling pain, not responding to a dog bite, repeated stuns from a Taser, taking three to four deputies and officer dog to get him off. That’s somebody with a lot more strength than you would normally encounter,” Sheriff William Snyder told local media.

Harrouff was a high school wrestler and played football.

His teammates said they didn’t think he would hurt a fly.

They will also be testing for bath salts and flakka.

Police believed it could be a flakka case.

Investigations indicate Harrouff did not know the victims before the attack and that it was a random act of violence.

Sherriff Snyder described the crime scene as one of the worst he had ever seen.

He said it was clear John Stevens had fought back during the attack.

“There was an enormous amount of violence inside that garage,” he said.

Harrouff was sedated in hospital.

New pictures show the progress made by a man who was horribly mutilated in an unprovoked cannibal attack. Warning: Graphic images. 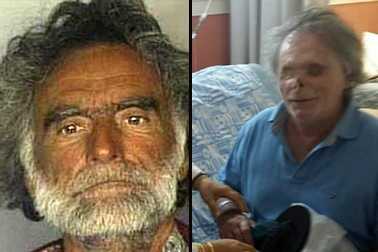 On May 26, 2012, a naked male assailant named Rudy Eugene attacked and gruesomely maimed homeless man Ronald Poppo underneath a tram bridge crossing the MacArthur Causeway in Miami, Florida, making headlines across the world. During the 18-minute filmed encounter Eugene erroneously and erratically accused Poppo of stealing his Bible, then beat him unconscious, removed Poppo’s pants, and bit and chewed the flesh off most of his face above the beard (including his left eye). This rendered Poppo permanently blind in both eyes and grossly disfigured his face. Due to the incident’s bizarrely grotesque nature and subsequent worldwide media coverage, Eugene came to be dubbed the “Miami Zombie” and the “Causeway Cannibal“.The attack ended when Eugene was fatally shot by a Miami PD officer after failing to respond to commands instructing him to stop (he reportedly even snarled at police). 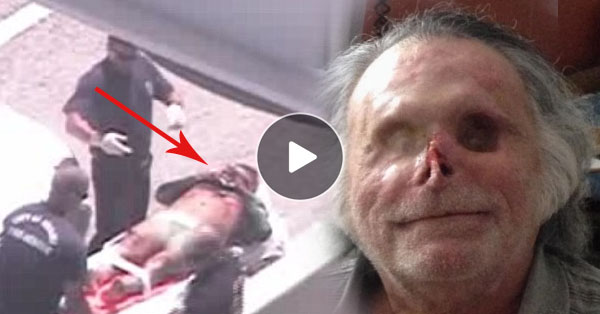 Although friends and family interviewed immediately afterward filled in details of Eugene’s life, the reason for the attack remains unclear due to Eugene’s death. Eugene, 31, was employed at a car wash at the time and was a divorced former high school football player with a series of petty criminal arrests from age 16 until most recently in 2009. Poppo, 65, a graduate of Manhattan’s prestigious Stuyvesant High School, was homeless and had long been presumed dead by his estranged family. While police sources speculated that the use of a legal recreational synthetic stimulant party drug such as “bath salts” (which have a notorious reputation for the psychotic effects of the drug on some individuals) might have been a contributing factor, experts expressed doubt about this hypothesis, since toxicology reports were only able to identifycannabis/marijuana in Eugene’s system, leaving the ultimate cause of his behavior unknown. 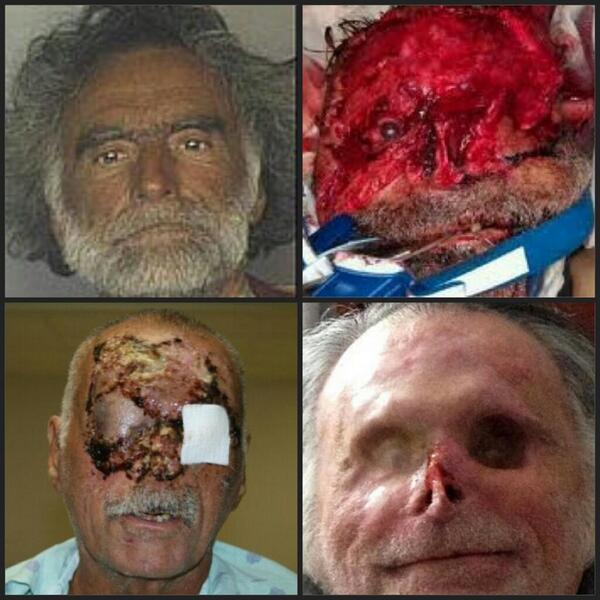 In a video posted online by the hospital caring for him, Mr Poppo strummed a guitar, joked with his nurses and, although he wears a baseball cap, leaves his face uncovered to address the camera. 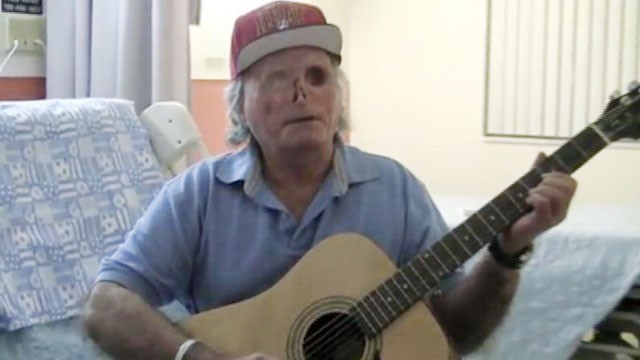 “People in my predicament need to be helped out, and I’m sure there’s other people also that have the same type of predicament. I thank the outpouring of people contributing, I’ll always be grateful for that,” he said in the brief video.

Mr Poppo spent nearly a month in hospital after the attack, before moving to a long-term care facility. His doctors at Jackson Memorial Hospital and the University of Miami Miller School of Medicine praised Mr Poppo for his resilience and said he is satisfied with the surgeries and skin grafts that have closed his wounds.

Mr Poppo could still use his own tissues or prosthetics to replace his nose or eye, but he is not interested in more facial reconstruction, doctors said.

Dr Wrood Kassira, a plastic surgeon, said: “There’s still work that can be done, but he’s more than happy with how he is now, and he’s quite grateful.”

Rudy Eugene was shot dead by the policeman.

It is still not clear what provoked the attack. Callers reported seeing a naked Eugene swinging from a lamp post minutes before the attack. Lab tests found only marijuana in his system.

Ruth Charles, Eugene’s mother, said: “To tell you the truth, I don’t feel like going back to this thing again. I’m just trying to recover from what happened.” 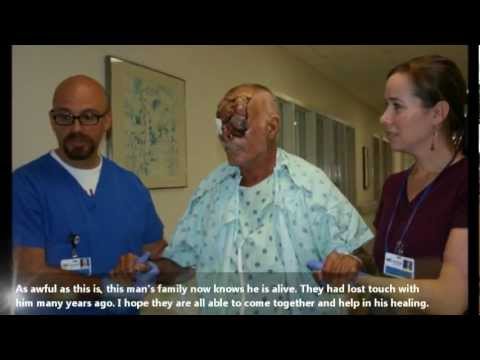 Mr Poppo does not blame Eugene for what happened, said Adolfa Sigue, nurse manager at the Jackson Memorial Perdue Medical Centre, where he lives.

“The only thing that he always tells me is that, ‘I’m sure that that man had a bad day that day,”‘ Ms Sigue said.

Mr Poppo, 66, still requires daily medical care for his wounds, and he is working with occupational therapists and specialists from the Miami Lighthouse for the Blind to learn how to adjust to his blindness.

Ronald Poppo pictured a couple of months after the attack

He has not allowed any visitors to see him, other than his doctors, nurses and therapists.

Ms Sigue said he  does not answer the telephone in his room and has not wanted to talk with relatives other than a sister, who calls the nurse’s mobile phone to get through.

Mr Poppo’s caretakers describe him as a charming, cooperative patient who enjoys listening to Miami Heat basketball games on the radio.

He can stay at the medical centre indefinitely. His care is covered by Medicaid, and a Jackson Memorial Foundation fund has raised $100,000 (£66,000) for his medical expenses.

The Natural Home Remedy That Will Help You Quit Sm...
The Prophetess Miriam, Sister of Moses
VIRAL PEOPLE: She Thought She Was Pregnant With Tw...
10 Foods and Tips in Beating Stress, Sadness and S...

Guardian Angel lyrics by Declan Galbraith
TRAVEL: WORLD-CLASS, FASCINATING AND LUXURIOUS RES...
Iconic Photos: Shape by War 26 Photos
How to Ignore Things To Have a Great Paths To Inne...

Guardian Angel lyrics by Declan Galbraith
TRAVEL: WORLD-CLASS, FASCINATING AND LUXURIOUS RES...
Iconic Photos: Shape by War 26 Photos
How to Ignore Things To Have a Great Paths To Inne...