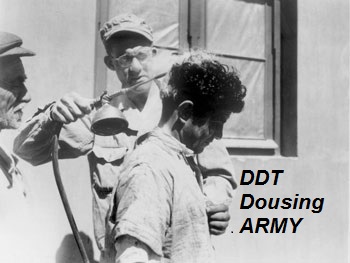 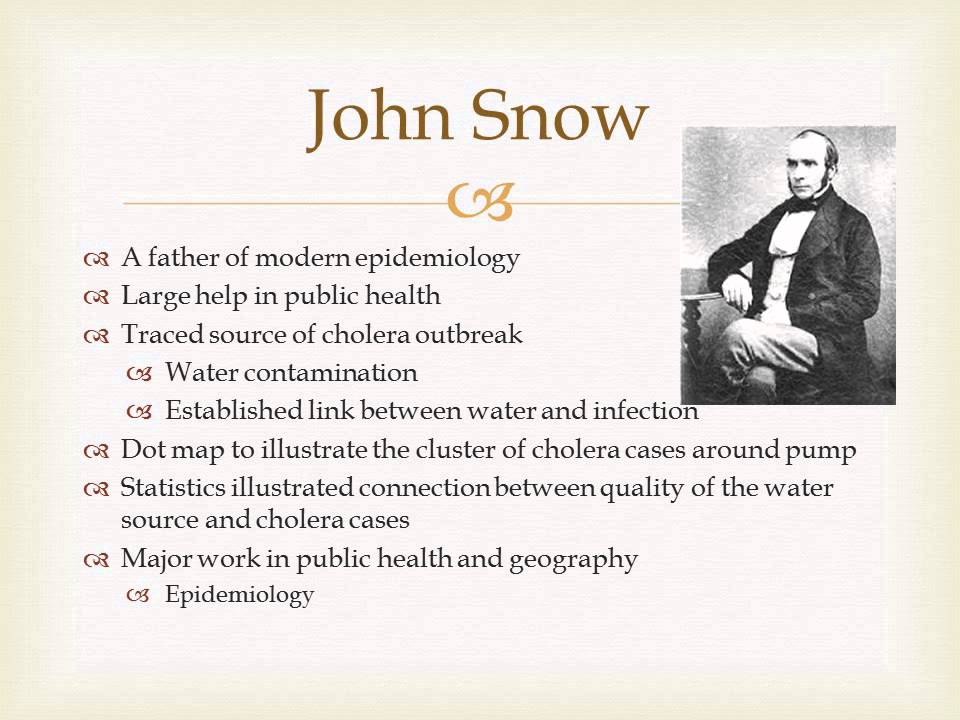 STETHOSCOPE: In lieu of a stethoscope, Albert-André Nast, a blind doctor in France, holds his ear to the back of a 3-month old, 1953. The story of a remarkable photograph that captures medicine the way it should be practiced. (Thomas D. McAvoy—Time Life Pictures/Getty Images) (pinterest) WEREWOLF SYNDROME: Alice E. Doherty was born in 1887 with a rare genetic mutation called “hypertrichosis”, or “werewolf syndrome”, which causes excessive body hair. She was billed as “The Minnesota Woolly Baby”. At birth, she was covered all over in two-inch long, silky blonde hair. She began exhibiting as a sideshow “freak” at the age of two. (pinterest) CONGENITAL SYPHILIS: A small boy whose face was ravaged by Congenital Syphilis, which occurs when a child is born to a mother with syphilis. The devestation of this disease was horrible during the prepenicillin era (pinterest) MURDER BOTTLES: Many Victorian mothers, while intending to provide the best food and feeding methods for their infants, tragically caused the deaths of their own little ones. Although doctors condemned the bottles and infant mortality rates of the time were shocking – only two out of ten infants lived to their second birthday – parents continued to buy and use them. The bottles eventually earned the nickname, “Murder Bottles.” Human monkeypox was not recognized as a distinct infection in humans until 1970 during efforts to eradicate smallpox, when the virus was isolated from a patient with suspected smallpox infection in The Democratic Republic of the Congo (DRC) 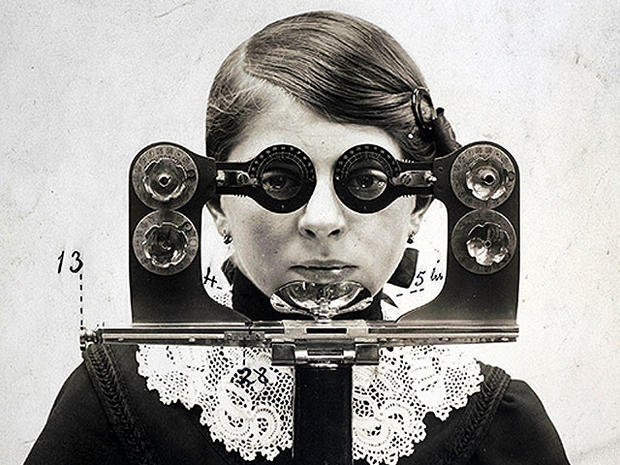 The next major renaissance in midwifery and obstetrics came from the Antebellum South. Young doctors practiced suturing techniques on female slaves and often bought slaves specifically with that purpose in mind. Subsequently many common gynecological procedures were developed during this time, most notably the treatment of fistulas, tears that can occur during childbirth and lead to complicated infections if they aren’t repaired.

Rodent cancer: In the 19th Century, the cancer now called basal cell carcinoma was known as rodent cancer. That’s because patients with advanced cases, like this woman treated in London in the mid-1800s, looked as if their flesh had been gnawed away by rats.

This photograph was published in 1867 in one of the first medical textbooks, “Rodent Cancer.” It was written by Dr. Charles Hewitt Moore (1821-1870). DDT Delousing: Spraying people’s heads with DDT was actually an effective way to kill lice. DDT is a powerful synthetic pesticide that people once thought was harmless unless ingested. It was sprayed directly on people, clothing and bedding — sometimes even over entire cities. (Whale) Pedicle Grafts: This may look as though it came out of a horror movie, but it didn’t. This is the way doctors were able to treat disfigured soldiers. Here you see a WWI veteran who was injured and had part of his skin sewn into a tube and temporarily placed on his nose as reconstructive treatment. This procedure led to what we know today as modern skin grafting. (listupon)

Heliotheraphy: These children are being treated for tuberculosis by having them stand around a strong lamp. The theory was that the lamp would increase their Vitamin D, which helped them fight the bacteria. It all goes back to Greek mythology believing Helios, the god of the son, had healing power. Hippocrates was an advocate of the Sun’s healing power. (sciencemuseum)

Net Suspension: Man being treated for scoliosis. Doctors thought this contraption would help straighten out someones back. Lewis Albert Sayre pioneered this procedure believing that this could correct any spinal distortions. However, this didn’t come without heavy criticism which ultimately led to to it’s demise. (Wikipedia) Radiation injection: In the 1960’s, doctors in Maryland experimented with treating severe acne with radiation…… yep. It gets weirder, numerous radiation experiments have been conducted on humans which include radiating the heads of children, feeding radioactive material to mentally disabled children, exposing U.S. soldiers and prisoners to high levels of radiation, and the list goes on… (Wikipedia) This condition, which affects the windpipes, voice box, and lungs (and causes a “barking” cough), often comes on very quickly at nighttime. Affecting children between 6 months – 3 years, symptoms often disappear within a couple of days (with the exception of extreme cases). However, in Victorian England croup was treated by placing the child in a hot bath (not such a bad idea) and following up by placing leeches on their throat!

It would be known today as typical PMS symptoms; moodiness, tension in the abdomen, and melancholy. In the second half of the 1800’s, doctors “treated” patients with hysteria by bringing the woman to orgasm! They were called paroxysms (not orgasms), because during the Victorian Era it was a universal belief that women could not orgasm since they weren’t capable of experiencing sexual satisfaction. Extreme cases of hysteria called for hysterectomy Masks worn by doctors during the Plague. The beaks held scented substances. (historydaily.org) Children in an iron lung before the advent of the polio vaccination. Many children lived for months in these machines, though not all survived. c. 1937 (historydaily.org)

Deathbed: As if dying weren’t anguishing enough, some treatments used on the deathbed would be considered torturous even for the healthiest of persons. These included: being boiled, steamed and scalded, having stomach, intestinal and mouth linings destroyed by acidic tinctures, and toxic substances delivered via enema. These archaic treatments rarely brought any sort of healing, and drove many patients to an earlier grave! Prenatal classes in 1968 at the hospital in Margate, Kent. Photo: Getty

Lobotomies were a popular fad for the first half of the 20th century and were floated as a “cure” for pretty much any mental issue you can name, from conditions as serious as schizophrenia to something as mild as depression or anxiety.

The inventor of the lobotomy was given a Nobel Prize for it in 1949. Doctors claimed the “ice-pick-to-the- freaking-eye” method of lobotomy would be as quick and easy as a trip to the dentist. By 1960, parents were getting them for their moody teenage children.

This practice didn’t hang around as long as some on our list, but still some 70,000 people were lobotomized before somebody figured out that driving a spike into the brain probably was not the answer to all of life’s problems.

Urine therapy lives on to today (for your own sanity don’t do a Google search for it). That’s right, of all the crackpot theories listed here the one that endured is the one where people drink and bathe in piss. There are those who believed the key to good health (and terrible body odor) was wallowing in one’s own excretions. It was said to cure an endless list of ailments and promote good health if drank, was applied to the skin and yes some even used it to give themselves (turn away now weak-of-heart) a nice bracing urine enema.

There’s absolutely no evidence that urine therapy can cure a damn thing (and it comes with the added bonus of you getting to smell like the underside of a bridge or a downtown subway car). No, even the thing with peeing on jellyfish stings isn’t true.

Eyeballs pierced, feet hacked off and tongues cut in two – and all WITHOUT anaesthetic: Gruesome images show the barbaric nature of 19th century surgery

Imagine having an operation without anaesthetic.

Before 1846, when the first procedure using pain-numbing drugs was carried out, this was was the norm.

Hamfisted and brutal, surgeons cut patients open, cracked bones and tied up arteries while they were completely conscious.

Richard Barnett’s new book, Crucial Interventions, brings the terrifying world of 19th-century surgery to life. Before 1846, surgeons conducted their work without the help of anesthetics. Since patients could feel every flick.

Before this, the anatomist John Hunter described surgery as ‘a humiliating spectacle of the futility of science’.

Most patients died from post-operative shock, infection, or loss of blood, with the death rate after operations as high as 80 per cent in some London hospitals.

Shown below are images, unnerving and graphic, yet beautifully preserved, giving a fascinating insight into the macabre world of archaic medicine…

Eye-watering: Picture from an 1846 textbook shows eye surgery to correct ‘strabismus’, a misalignment of the eyes known as a squint. In the 19th century surgical techniques were refined, illustrated in colour, and disseminated on the printed page for the first time 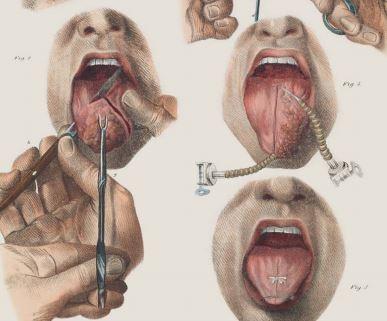 Gory: An image from an 1846 book show surgeons carrying out surgery to remove cancer of the tongue, by slicing it in two (Fig. 1), cutting out the tumour (Fig. 3) and stitching it back together (Fig. 3). Anaesthesia and antiseptics were later invented in this century Painful: 1841 textbook image shows how doctors would amputate the toes and feet. It involves simply cutting them off with a knife (Fig. 1). Before the 19th century operations were barbaric, and most patients died from post-operative shock, infection, or loss of blood Agonising: 1840 litograph shows the painful process of having a Caesarean section before anaesthetics were routinely used. Before the 19th century, the death rate after operations was 80 per cent in some London hospitals Gruesome: Image from another 1841 textbook shows how doctors carried out surgery to remove the breast and dress the wound afterwards. In 1846, Robert Liston removed a leg using ether – one of the first anaesthetics – followed by James Simpson, who discovered chloroform a year later

Horrific: Picture from a 1841 surgical book shows how doctors would reconstruct the lower jaw to prevent diseases of the mouth. In 1865 Joseph Lister discovered antiseptics, which enabled surgeons to perform many more complicated operations. Excruciating: Image from 1841 text book shows doctors sewing up an artery in the groin region using sutures and a suture hook, while compressing the abdomen to reduce blood flow Macabre: An 1844 image shows a vertical cross section of the human brain. The new book, Crucial Interventions, was created from images taken from the Wellcome Collection’s library

Savage: Image from an 1841 textbook shows the barbaric-looking surgical instruments used for amputation, bone and organ operations. Pictured are surgical saws, knives and shears for operations on bone

Well-preserved: Image from a book, circa 1675, shows treatment for lacrimal fistula (a small lesion near the eye), performed on a nun Crude: A beautifully-preserved image from circa 1675 shows a woman’s breast operation, which involves simply slicing off the organ

Disgusting: Another well-kept image, circa 1675, shows the practice of bloodletting, or withdrawing blood to prevent illness or disease Medical: Diagram from a 1856 book shows how doctors would dissect the chest to reveal the lungs, heart and main blood vessels

Photography: The Power Of Black And White
Beyoncé – Crazy In Love – 50 Shades of...
FESTIVAL: February 5, 2019, Chinese New Year And C...
Hair Styles for Long Hair and for Long Thick Hair

How to learn! The Best Method To Success

Koi Fish and It's Meaning, Symbolism and Variety

Child’s Adventure Quotes (10 photos)
Treatment: The Incredible and Unbelievable Health ...
Pregnancy: There is such a special sweetness in b...
The Sexy Smokey Eye Tips

Child’s Adventure Quotes (10 photos)
Treatment: The Incredible and Unbelievable Health ...
Pregnancy: There is such a special sweetness in b...
The Sexy Smokey Eye Tips