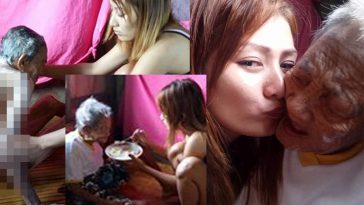 1) A young Chinese woman has overcome the tricky problem of providing care for her elderly grandmother – by taking her to work with her every day. She said: ‘Some people say to me that it must have been very difficult leaving the city and my parents and going to live in the countryside where nothing happened and I didn’t know anybody.’ After leaving school she first went to work in south-eastern China’s Guangdong province where she earned enough money to return to her parent’s home and start her own business, a fast food restaurant in the city.

She said: ‘I have everything I want in my life now – a boyfriend who I love very much and a business that is doing well. ‘Therefore it was natural to me that I should think of my grandmother who gave me so much and started me off so well in life.’

‘So I agreed to look after her but because she was used the countryside and this is the city she had difficulty fitting in, and then I came up with the idea of taking her with me to work. 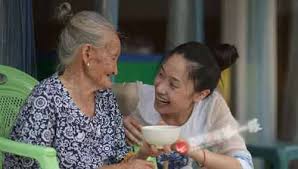 ‘There is always something going on and plenty of people to talk to, and now she is happy in the city.

‘She sits outside the front and watches life go by and I can see that she is content.’ 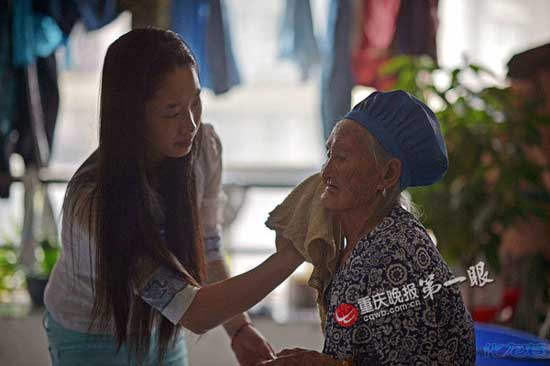 Although her grandmother doesn’t always feel well enough for the journey, she still makes the daily trip even if Huang has to carry her the mile between work and home.

Worried that her grandmother was becoming dispirited while staying home alone, Huang began taking the 88 year-old woman to work with her everyday. Sometimes when the old lady gets tired walking, the girl carries her to the shop.

On good days that she can walk using a stick and said: ‘I wouldn’t miss my visits there for anything.’ So inspiring to see an example admirable young lady to today’s young generations who are often viewed as selfish and irresponsible.

3) It’s a morning routine where Jarryd will get up and then turn the radio on. This is so his grandmother can enjoy some music in the morning. 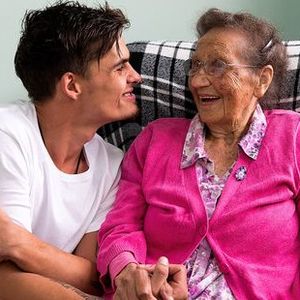 Historical Photos: The Horror of By Gone Days
A best friend is someone who loves you when you fo...
See You Again Lyrics by Wis Khalifa Honorin Paul W...
Bizarre Relationship: Grandmother falls in love a...

NATURE: AMAZING ANIMALS AND PLANTS OF THE SAHARA DESERT

HEALTH EDUCATION: BASIC NECK AND SHOULDER SELF-MASSAGE TO TREAT AND EASE THE PAIN