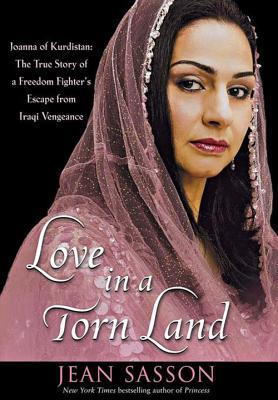 Bestselling author Jean Sasson  (Author)tells the dramatic true story of a young woman caught up in Saddam Hussein’s genocide of the Kurdish people of Iraq.

In this incredible true love story, bestselling author Jean Sasson shares Joanna al-Askari’s personal journey of fear and fortitude through a Baghdad childhood and life as a Kurdish freedom fighter during the Iran-Iraq War. Inspiring and unforgettable, Love in a Torn Land shares Joanna’s passionate and unflagging determination to survive and fight—for love, life, and the freedom of her beloved Kurdistan.

Sasson, author of Princess: A True Story of Life behind the Veil in Saudi Arabia (1992) and ayada: Daughter of Iraq (2003), focuses on the story of Joanna Al-Askari Hussain, a Kurdish woman living in Iraq, to tell the broader story of ethnic tensions between the Kurds, Iraqis, Turks, Iranians, and Syrians. Written in the first person, Joanna’s story covers her romance with a Kurdish freedom fighter, marriage, and taking up the struggle against the Iraqis herself. She recalls times of raining dead and injured birds after a missile attack and of a desperate flight after her village was attacked by Saddam Hussein’s forces in 1987. Some 200,000 of her fellow Kurds were killed in a genocide campaign. Photographs and personal recollections–a wedding without the groom, a husband who hogs the covers, the adjustments of a pampered woman to a life of privation and personal demands–offer a very human look at the struggle of the Kurds in Iraq and one woman’s heroism.

From the Inside Flap

As a young girl living in Saddam Hussein’s Iraq, Joanna al-Askari had a dream: to fall in love with a Kurdish freedom fighter and join the battle for Kurdish independence.In Love in a Torn Land, bestselling author Jean Sasson tells the remarkable true story of how Joanna lived that dream, surviving nightmarish struggles in pursuit of love and her cherished goal of freedom for the Kurdish people.

Raised in Baghdad by an Arab Iraqi father and a Kurdish mother, Joanna spent a childhood filled with fear and uncertainty under the brutal Baathist regime, tempered by joyful summers spent with family in Kurdistan. She shares the girlish excitement of meeting a dashing young Peshmerga fighter at age fifteen, which began a campaign for love that would prove almost as consuming to Joanna as her dream of Kurdish freedom. She also recounts the gritty details of life as a young Peshmerga wife in Kurdistan during the darkest days of the Iran-Iraq War: the horror of being temporarily blinded from a gas attack by Saddam’s forces, the terror of dodging Iraqi patrols as she and her husband tried to flee to safety, and the desperate search for a missing relative in an Iranian refugee camp.

Again and again, Joanna meets defeat with determination and faces hardship with hope as she navigates the dangers of an Iraq filled with informers, midnight raids, secret police interrogations, and barbaric prisons. Through her eyes and her love for her husband, the splendid world of Kurds and Kurdistan comes alive. From the breathtaking beauty of the mountains and colorful flowers dotting the roadside to feasts, singing, and dancing, Love in a Torn Land offers a captivating portrait of an amazing land and a fascinating culture. Gripping and inspiring, Joanna’s tale of tragedy and triumph is a moving testament to the power of love, the strength of the human spirit, and an unflagging will to prevail against the odds.

From the Back Cover

” You are in every page I turnIn every word I write

All the birds here chant your name.

I am nothing without you.”

When Joanna al-Askari read these wonderful words from the man she loved, little did she know what joy—and challenges—would await her when she joined him in marriage and in the fight for Kurdish independence.

While Iraq is everywhere in today’s headlines, the story of the Kurdish people and their struggle for survival under Saddam Hussein is one that has remained largely untold—until now. In this incredible true love story, bestselling author Jean Sasson shares Joanna’s personal journey of fear and fortitude through a Baghdad childhood and life as a Kurdish freedom fighter during the Iran-Iraq War. From the threat of Iraqi patrols and raids to chemical attacks and bombings, Joanna reveals how she and her husband survived extreme physical danger as they made their way through Kurdistan’s perilous mountains and beleaguered villages to seek temporary safety in Iran.

Inspiring and unforgettable, Love in a Torn Land shares Joanna’s passionate and unflagging determination to survive and fight—for love, life, and the freedom of her beloved Kurdistan.

Love in a torn land is a pragmtic  story of a true brave heart, Joanna.

Love in a torn land is not a stupid love at first sight kind of story. Jean has presented “love” in a practical way to its readers. It is an account of a real hero and heroine and the things they did in life to save their real love for each other and their country.

Joanna Al – Askair a daughter of Arab father and Kurdish mother who decided to become Peshmerga when she was just 10. Her dream came true when she married her childhood crush who is a Peshmerga. A Kurd freedom fighters call themselves “Peshmerga which means “one who faces death” in Kurdish language. The baathist party came into power after 1958 revolution, which completely changed the life of Joanna causing many deaths in her family and destroying her father’s business. Joanna left her comfortable city life and high paid job to be with her husband and to accomplish her childhood dream.

Touching excerpts from Love in a torn land :

“Often I ask myself, where is the rest of the world? Is there anyone out there who knows what is happening to the Kurds? Does anyone know, or care, that Baghdad has been murdering innocent Kurdish citizens for decades? Or that their lust for our blood is increasing? Does anyone know that Arabs are taught that Kurds are animals, or that they are encouraged to rob, beat, and murder us? Does the world know that the government in Baghdad has been emptying entire villages of Kurds, taking the men away to God only knows where, and shipping the women, children and elderly men to live in a refugees camps in the south ? Does the world know that these Kurds are forbidden to return home? Does the world know that Arabs are moving into our homes, and appropriating our livelihoods?
If the world knew, would they care?
Its as though we Kurds are bleeding from thousands of wounds, yet no one will expose our sufferings.”

“Where were the peacekeepers? Where was the UN? Why was the entire world ignoring Saddam’s attack upon on his own people? Were we Kurds considered, so disposal? I longed to stand at the top of the mountain and shout out, Where are you, world? Where are you?”

Baathist party, which was then led by Saddam Hussein, hated Iraqi Kurds. Saddam was “Hitler” of Middle East. He together with Ali Hassan Al-Majid aka “Chemical Ali” killed millions of Kurds with the deadly chemical weapons. Being Kurd was a curse during those days. The Baathist government at the drop of the hat arrested Kurds. Iraqi Kurds were not even allowed to own chemical masks for their safety from chemical attacks. Saddam’s men used various inhuman ways to torture Kurds. There were separate laws for Iraqi Kurds and Iraqi Arab.
*** 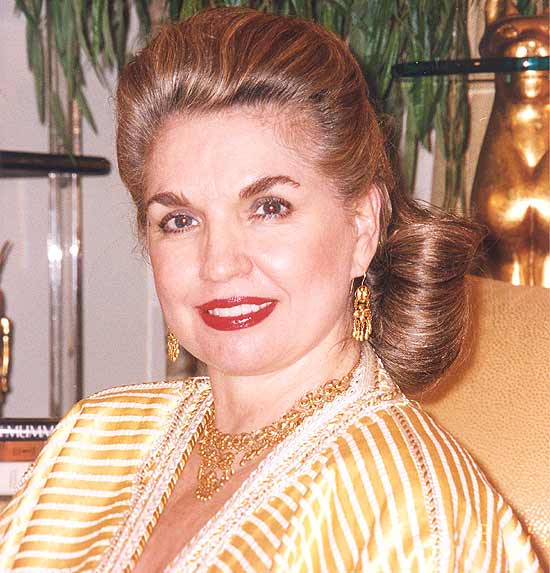 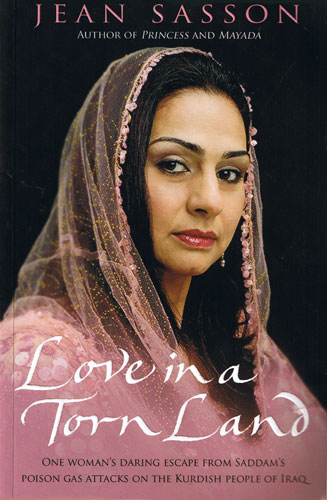 Travel: The 10 Best Infinity Pools in the World
ARTS AND DESIGNS: Build Your Own Home with These F...
Kathmandu, Nepal: Pictures of Tihar festival, or D...
10 Spectacular Colors Of Fields On Earth

The Tragic Story of Banaz Mahmod: She Fell in Love...
LIFE: Surrogate Mother And How Does The Process Wo...
Life isn’t as serious as your mind makes it out to...
The Garden of Eden – Myth or Fact

The Tragic Story of Banaz Mahmod: She Fell in Love...
LIFE: Surrogate Mother And How Does The Process Wo...
Life isn’t as serious as your mind makes it out to...
The Garden of Eden – Myth or Fact