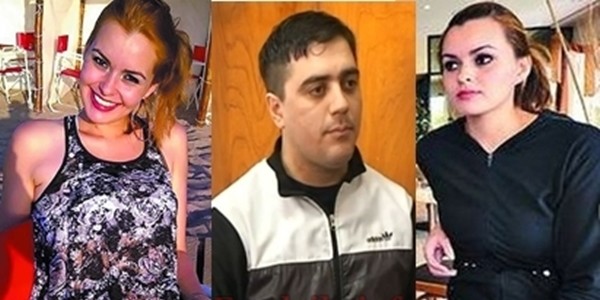 Victor Cingolani and Edith Casas are in love and got married, so why are the bride’s family so upset? Because Victor was convicted of murdering Edith’s twin sister Johanna, a former model, in 2010. Victor is currently serving 13 years for being a “willing participant” in Johanna’s death, who was shot twice in the head days before her 20th birthday. The happy couple, who have been together since before the murder, swear he is innocent and he is currently appealing the case. “Victor is not a violent person and I’m not mad… We love each other,” the bride was quoted as saying. She was forced to go through psychological evaluations before the brief ceremony in front of a judge; Victor was quickly returned to his cell. Johanna’s family have disowned her. “Edith is guilty of a terrible betrayal,” her mother said.

How To Have A Gradient Lips