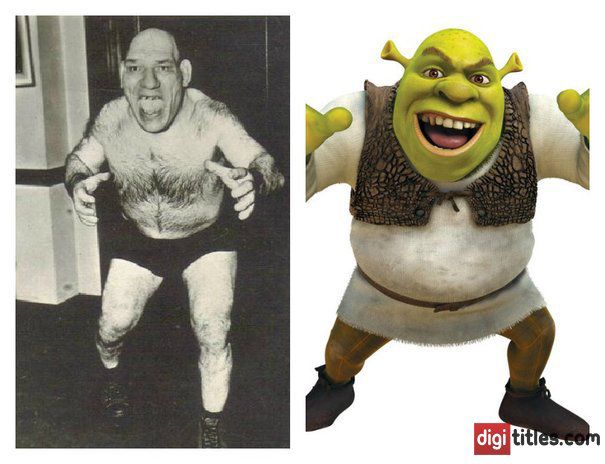 The real-life inspiration for the animated character Shrek might just be a man nicknamed “The French Angel.”

Known formally as Maurice Tillet, a Russian-born Frenchman, the man rose to prominence as a wrestling star in the 1930s and ’40s. Born in 1903, Tillet is said to have been called “angel” by his boyhood friends because of his blonde hair and angelic face. At the age of 17, however, doctors diagnosed Tillet with acromegaly, according to Canadian news site Canoe. The hormonal disorder causes increased bone growth including in the hands, feet and face.

Photos of Tillet following his acromegaly-induced growth spurt show a man who bears a striking resemblance to Shrek, the kindhearted ogre from the 2001 movie of the same name.

While Tillet had dreamed of becoming a lawyer, he ended up in the French navy, per News.com.au, before ultimately entering the world of professional wrestling in 1937.

Despite the uncanny physical similarities between Tillet and Shrek, DreamWorks — the studio which released the film — has never officially addressed the long-standing rumor that Tillet’s appearance served as the basis for the animated character. A spokesman at the company did not immediately return a request for comment from The Huffington Post. 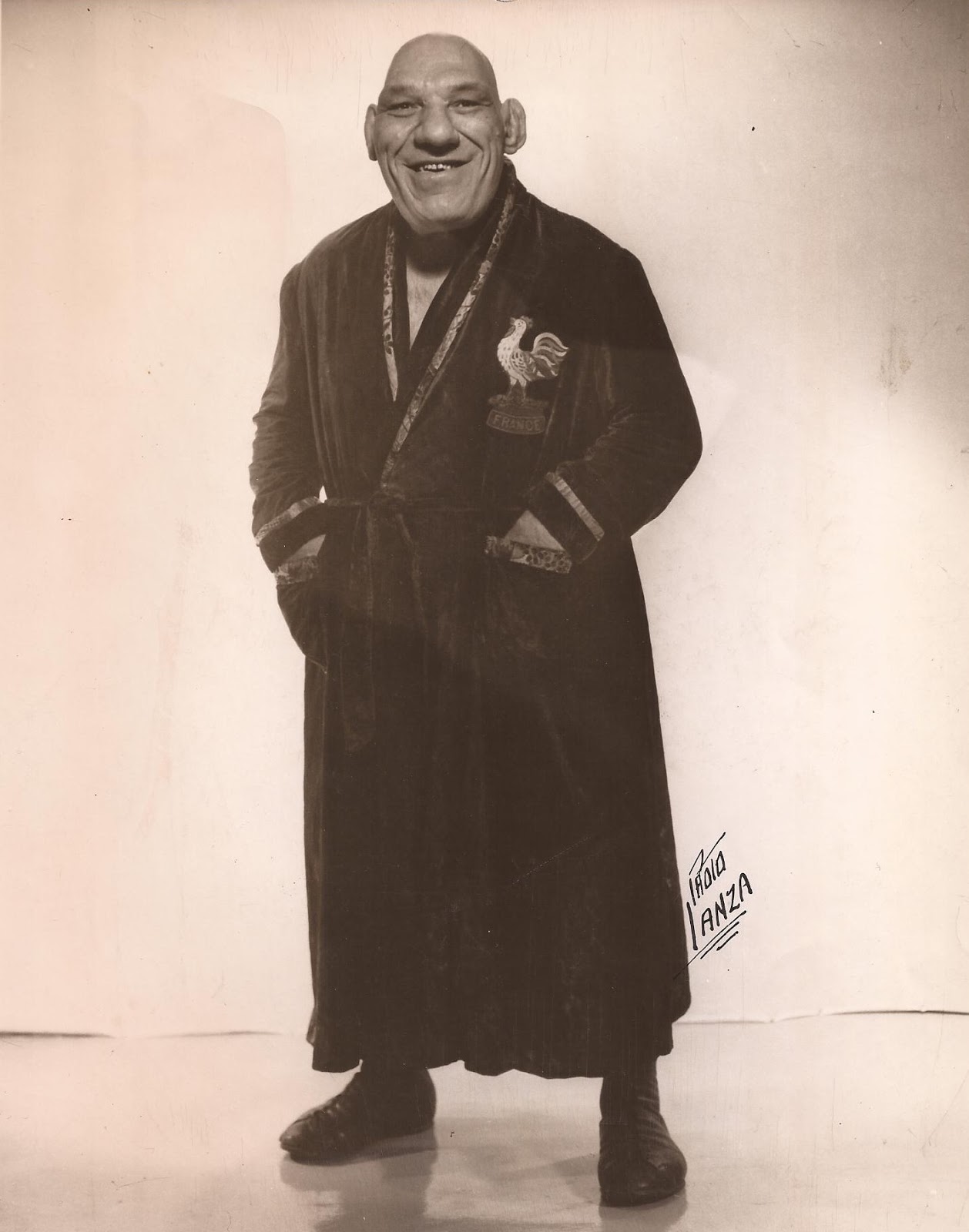 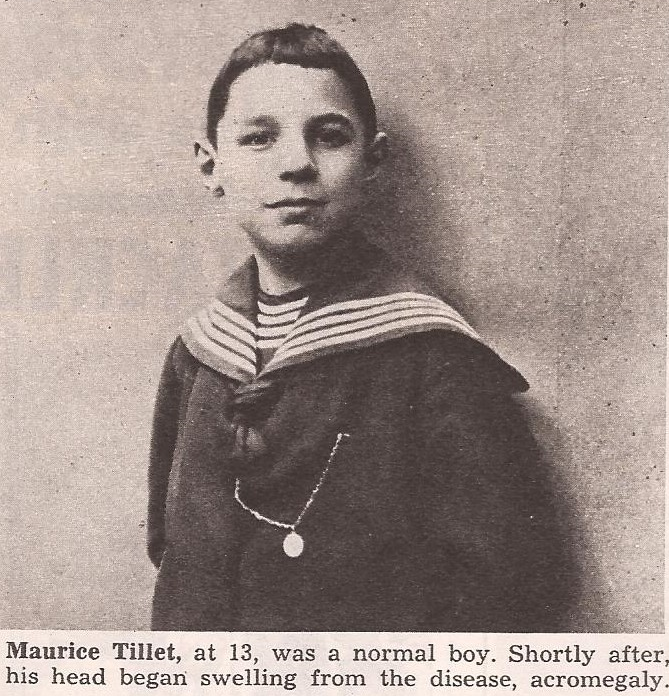 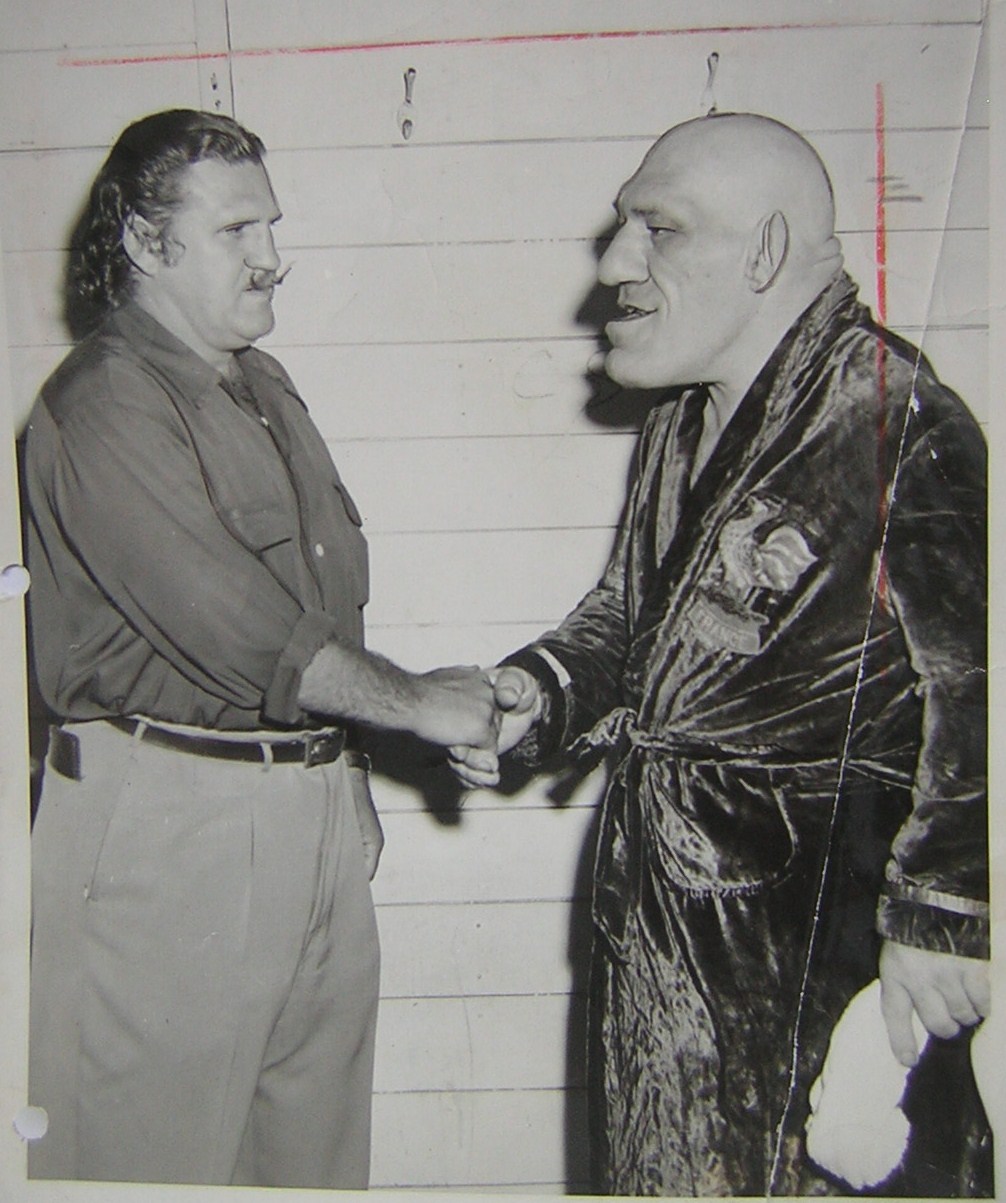 Maurice Tillet and Wild Bill Zim
This picture was sent to me by Mike Zim, son of Wild Bill Zim from his fathers collection.  What I want you to notice is how perfect in height they are.  Wild Bill was 5ft 9inches, Maurice was 5ft 8.5inches. Many of the stories and pictures of Maurice focus on how different he was proportionately to others, but it is not until you see him next to another man of equal height do you really see how different he was.  Mike noted that his father said that Maurice was a very kind and decent man, who gave away much of his money to children in need. 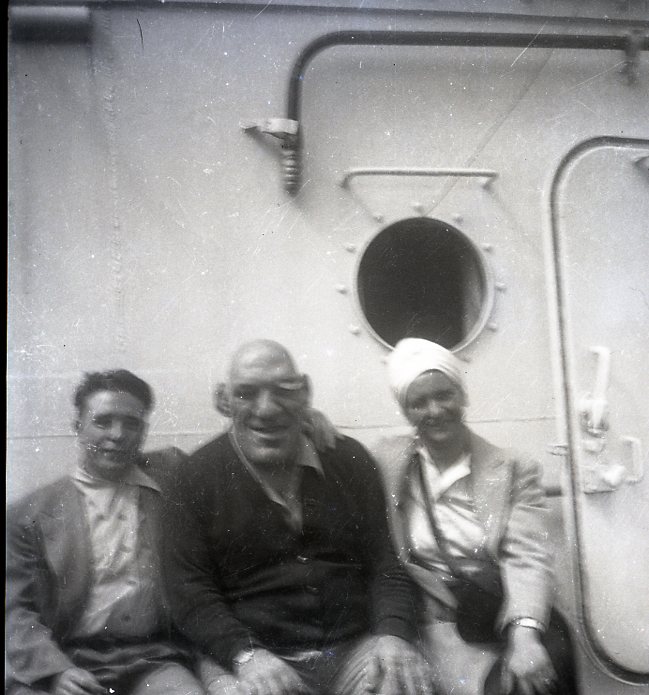 This picture is truly wonderful and comes from the daughter of those two around Maurice.  Credit should go to
“A. Prencipe Collection”.

“My parents were proud to have met Maurice Tillet, the French Angel, while on their way to Ireland, May 1948. Mom would have politely acknowledged her career as a fencer and Dad would have told a story about some Irishman who wrestled. This was a very special and fondly remembered moment for them both.” 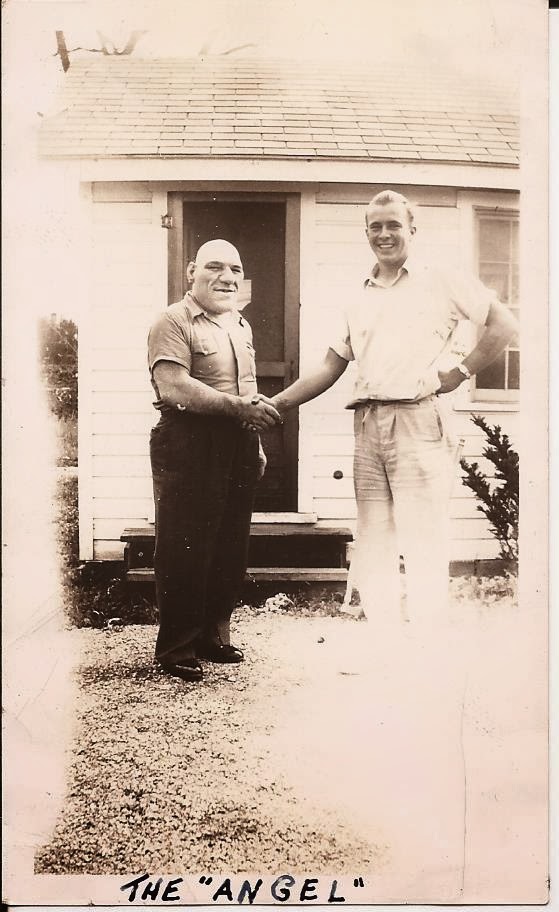 This photo came out of the scrapbook of William P. Spangler, Ward 8, of Pennsylvania, and was sold on Ebay.  William is husband to Private R. Spangler / Dussinger, and father of Patricia R. Spangler. Patricia died December 13, 1999.  This is presumed to be William.  For the record, the seller had no idea who this was, and searched google for Angel with head like Shrek.  Again this tells you how, even people who have NO IDEA his Shrek connection see how much he looks like Shrek. 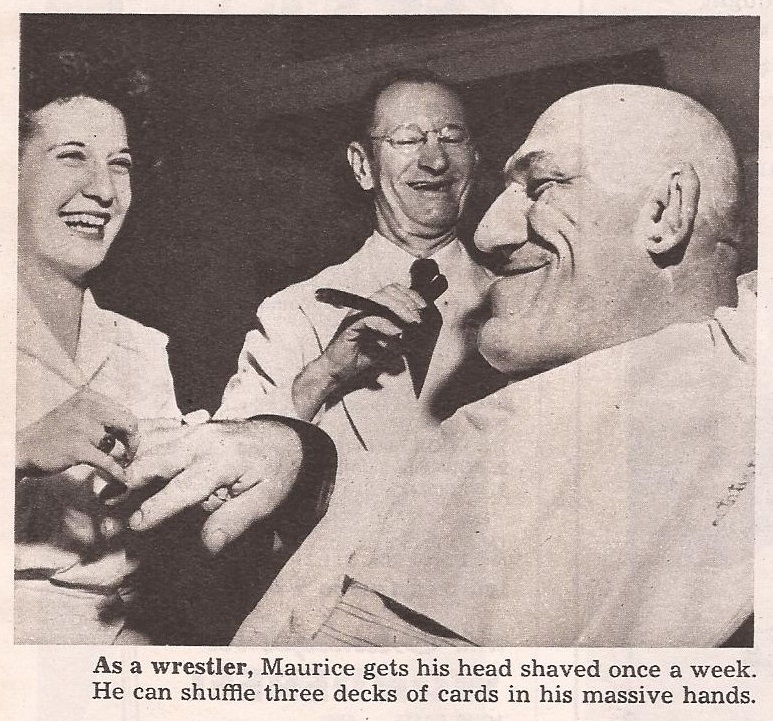 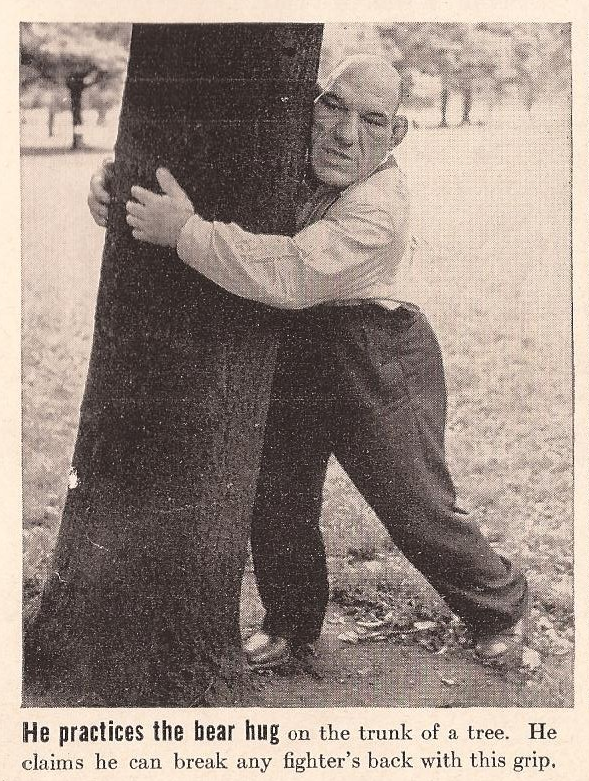 The following are all pictures taken by Irving Pen.  They are of Maurice Tillet with the original super model Dorian Leigh: 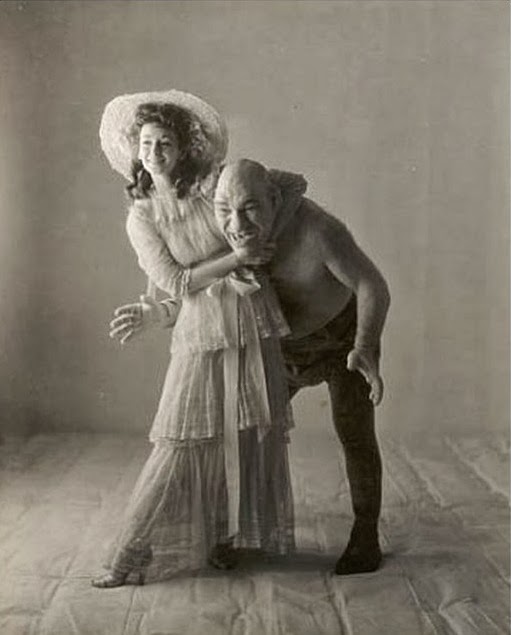 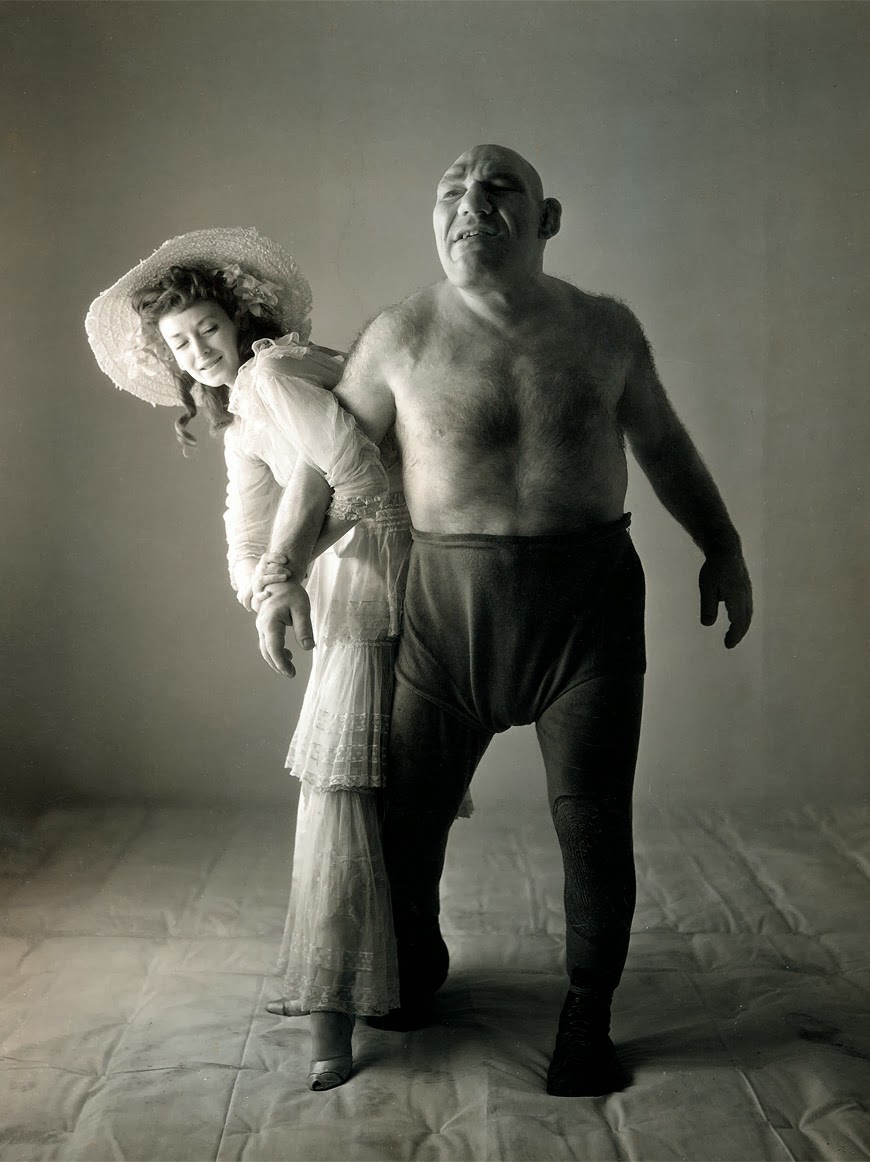 See more photos of Tillet and Shrek, below. What do you think? Coincidence, or inspiration? Remember the Syrian dad who sells pens while holdi...
43 Amazing Perfectly Timed Photos
INDIA: The Strange Yet Fascinating Places in India
The Dream of the Kurdish State Without a Strong Ec...

Don't cry because it's over, smile because it happened

An Angel lyrics by Declan Galbraith
Enthusiasm Quote
ENTERTAINMENT: Best and Most Interesting National ...
Photography: Beauty is in the Light of the Heart

An Angel lyrics by Declan Galbraith
Enthusiasm Quote
ENTERTAINMENT: Best and Most Interesting National ...
Photography: Beauty is in the Light of the Heart