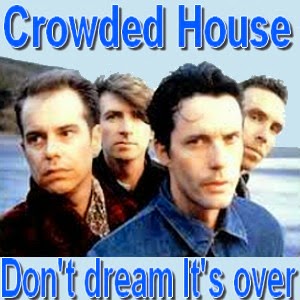 Don’t Dream It’s Over. A very emotional last song from their farewell tour. So sad, Paul Hester is in tears. One of the best songs ever written.

In case anyone was wondering, this concert was on November 24th, 1996, called the “Farewell to the World”. This was the last song they played, which is why the drummer, Paul Hester, was a little tearful at 2:53. In 2005, Paul committed suicide from depression – Crowded House went on to start the band back up in 2006. So this was Paul’s last song he ever played with them.. RIP. ~ Top10 Archive

Depression is a HORRIBLE, painful disease, and is still greatly misunderstood and disrespected to this very day.

It is a mental health disorder characterised by persistently depressed mood or loss of interest in activities, causing significant impairment in daily life.

Don’t Dream It’s Over is a song of hope and encouragement.

“Don’t Dream It’s Over”
as written by and Neil Mullane Finn….
There is freedom within, there is freedom without
Try to catch the deluge in a paper cup
There’s a battle ahead, many battles are lost
But you’ll never see the end of the road
While you’re traveling with meHey now, hey now
Don’t dream it’s over
Hey now, hey now
When the world comes in
They come, they come
To build a wall between us
We know they won’t win

Now I’m towing my car, there’s a hole in the roof
My possessions are causing me suspicion but there’s no proof
In the paper today tales of war and of waste
But you turn right over to the T.V. page

****
My opinion:
The song means — There is freedom within, there is freedom without..It is to never  give  in, and not  let the pressures of the  outside world  spoil us..try to catch what is impossible, though it won’t be easy
BUT THE POSSIBILITIES ARE ENDLESS..Life is too complicated to contain and simplify.. there’s a lot of mistakes and there’s lot of obstacles but hang on cause you will never see the end of the road if we will be departed.. hey now,hey now..Don’t dream it’s over..never give up when the world and negative forces are creating adversity for us.. don’t be quick to call it quits in any circumstance.. don’t just hope but engage in life and embrace a real intention without hesitation..don’t let the world to tear us apart..when the dark forces  comes in, don’t let them get between us..let us help each other and work together in spite of what is up against us..
*****
PAUL HESTER

Paul Hester and his drum sticks as used to put on his headstone.  Photo Paul-Hester-Farewell-to-the-World-1996-Crowded-House.  Photo by Christine Jane.

Hester was the older of two children. At an early age, he was encouraged by his mother, Anne, to learn to play drums, as she was a jazz drummer. Hester attempted various jobs before starting a musical career. Some of his early bands in the late 1970s, which gigged around the eastern suburbs of Melbourne, included: Thunder (possibly his first performance band) 1976–1977 and then Edges 1977–78. In 1980 he co-founded a Melbourne-based band called Cheks (renamed Deckchairs Overboard when they moved to Sydney in 1982).

He was living with Deborah Conway of Do-Ré-Mi during the early 1980s, while playing regularly in Love Party. Hester later worked with Conway in Rose Amongst Thorns (1990–1991) and Ultrasound (1995). 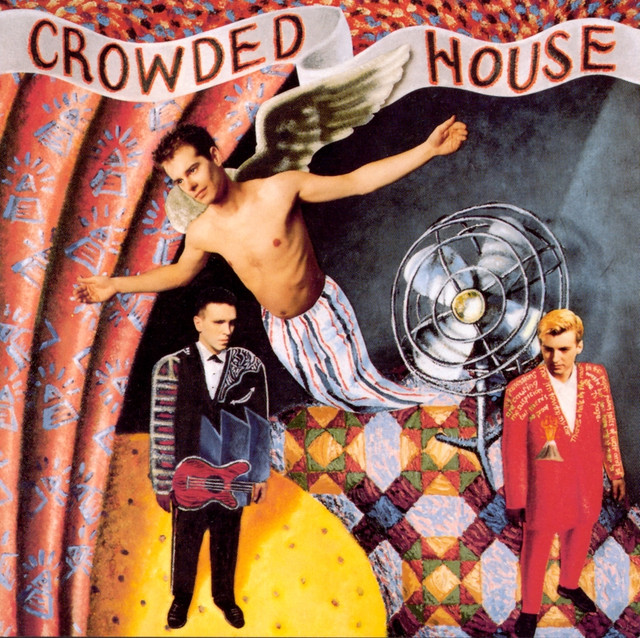 Initially, the new band formed by Hester and Neil Finn was named “The Mullanes” and then underwent a few name changes. They recruited Nick Seymour to play bass guitar and Craig Hooper on guitar, Hooper left as they secured a recording contract with Capitol Records in the US. However, Capitol disliked the name and the band changed to Crowded House to record their debut eponymous album, Crowded House in 1986.  Other records by Crowded House with Hester are: Temple of Low Men (1988), Woodface (1991), Together Alone (1993), and the Best-of collection Recurring Dream(1996).

By 1993 Hester was frustrated by the demands of his career and suffered a phobia about leaving to go on tour. On his return to Australia that year he started to see a psychiatrist.

Hester had two daughters with photographer Mardi Sommerfield; they lived in the suburb of Elwood in Melbourne.

He remained with Crowded House until 1994, when the pressure of touring and the birth of his first daughter made him want to stay home, rather than remain on the road. Hester left mid-way through a 1994 tour of America, forcing the band to recruit British drummer Peter Jones for the rest of the tour. Hester performed with Crowded House at the band’s farewell concert on the steps of the Sydney Opera House in 1996.

On 26 March 2005, aged 46, Hester committed suicide by hanging himself from a tree in a park near his Elwood home. He had split from the mother of his two daughters Olive and Sunday (aged 4 and 10 at the time). It was known to family and close friends that he had been suffering from depression for a number of years, and he was known for his extreme mood swings.

Hester was buried at Blackwood in the high-country region of Victoria. His life was commemorated at the 2005 Aria Awards, with Neil Finn singing the staple Crowded House anthem solo “Better Be Home Soon” along with a mini-biography and footage from his life and achievements.

BUSTED: A Scientist Says That Story About The Penguin Who Swims Home To His Friend Was Misreported

Photos of Nature: 40 Amazing Trees on Earth
Photography: London ŠKODA
Because Of A Woman This Guy Make All Men Looks Stu...
10 Tips on How to Get Rid of Nasal Congestion Quic...

Photos of Nature: 40 Amazing Trees on Earth
Photography: London ŠKODA
Because Of A Woman This Guy Make All Men Looks Stu...
10 Tips on How to Get Rid of Nasal Congestion Quic...