WHAT IS THE AURORA BOREALIS? 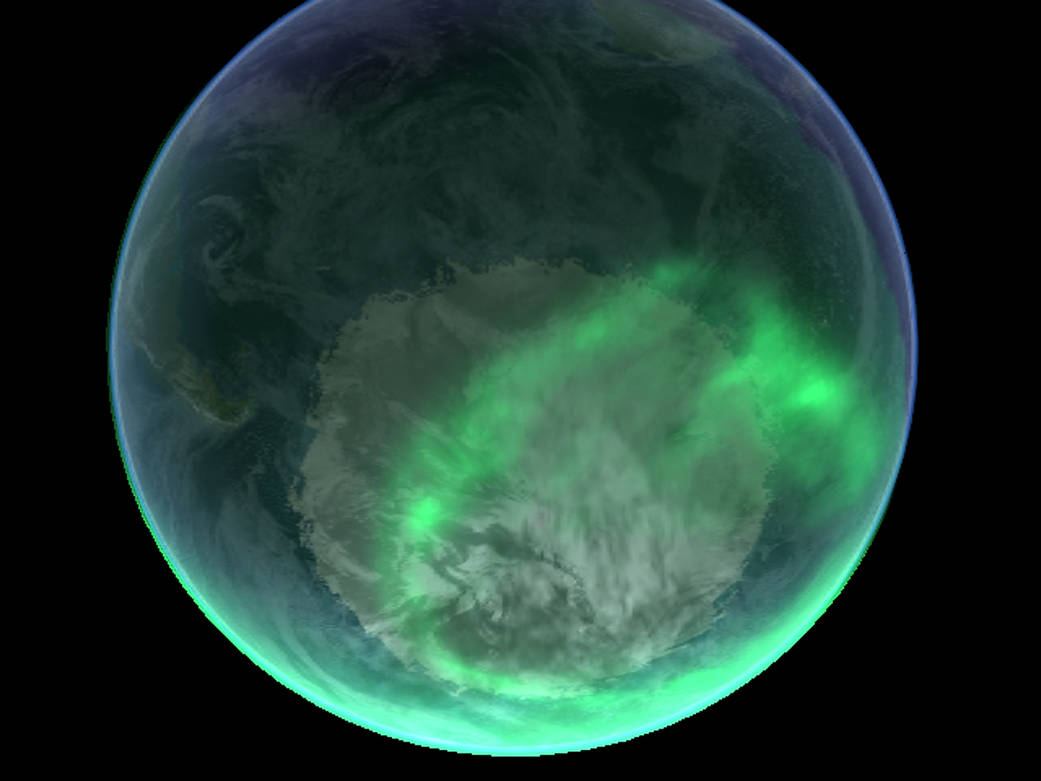 Aurora over the south pole as seen by NASA’s IMAGE.

The Aurora is an incredible light show caused by collisions between electrically charged particles released from the sun that enter the earth’s atmosphere and collide with gases such as oxygen and nitrogen. The lights are seen around the magnetic poles of the northern and southern hemispheres.

Both Aurora’s can be seen in the northern or southern hemisphere, in an irregularly shaped oval centred over each magnetic pole. Scientists have learned that in most instances northern and southern auroras are mirror-like images that occur at the same time, with similar shapes and colours. Auroral displays can appear in many vivid colours, although green is the most common. Colours such as red, yellow, green, blue and violet are also seen occasionally. The auroras can appear in many forms, from small patches of light that appear out of nowhere to streamers, arcs, rippling curtains or shooting rays that light up the sky with an incredible glow.

Auroras are the result of collisions between gaseous particles (in the Earth’s atmosphere) with charged particles (released from the sun’s atmosphere). Variations in colour are due to the type of gas particles that are colliding. The most common aurora colour which is green, is produced by oxygen molecules located about 60 miles above the earth. The rarer red auroras are produced by high-altitude oxygen, at heights of up to 200 miles. Nitrogen produces blue or purple aurora. 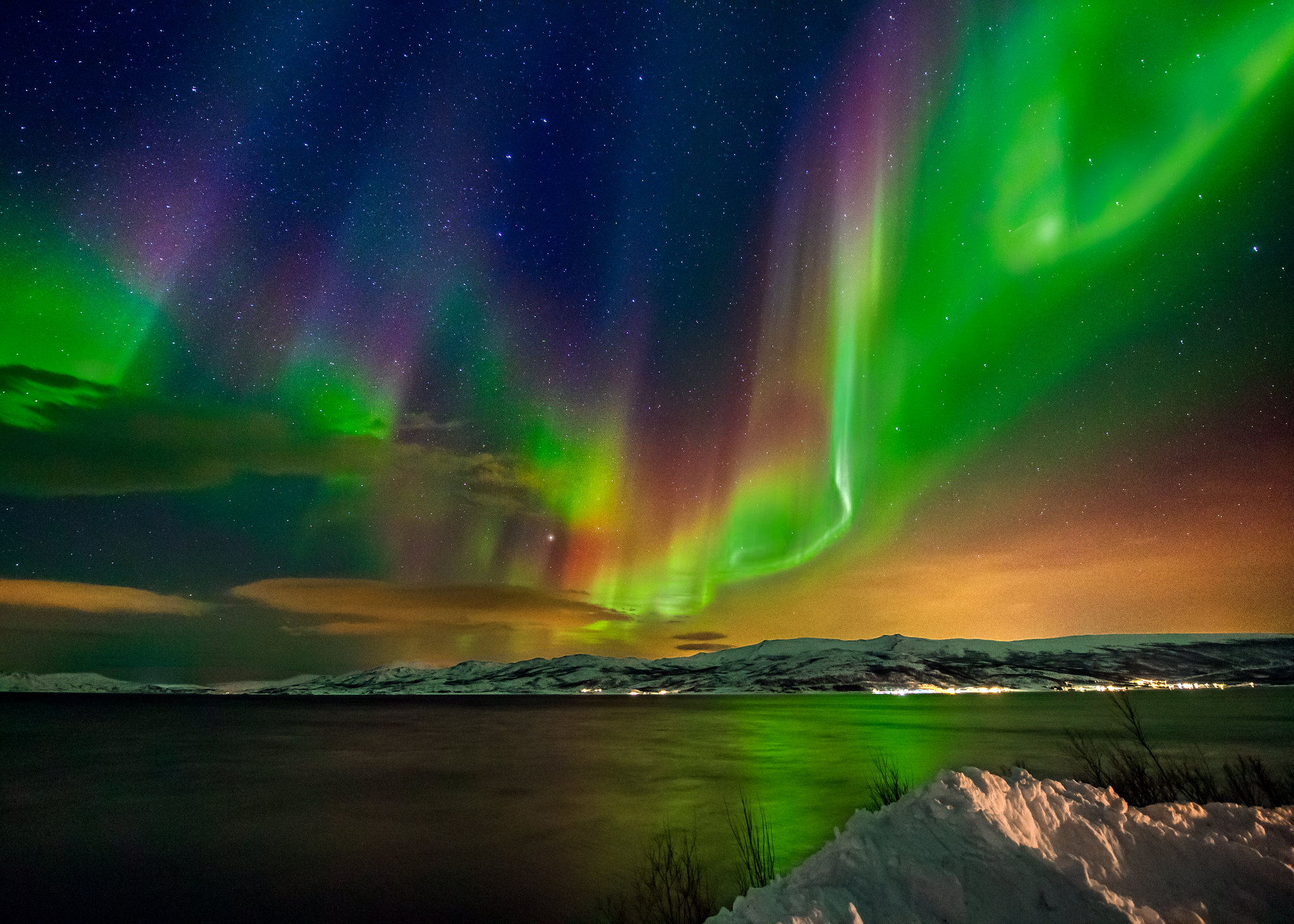 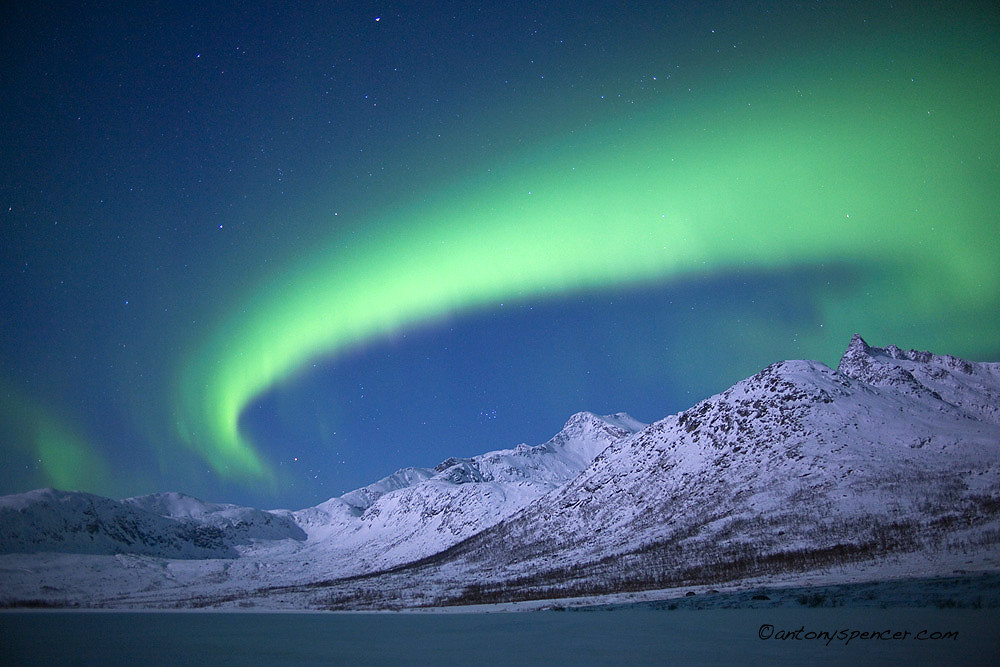 Aurora borealis and the milky way above the mountain lake 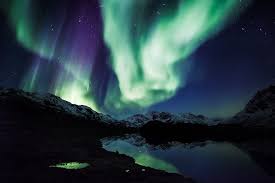 Woman of the night: The aurora borealis have been compared to a teasing female. 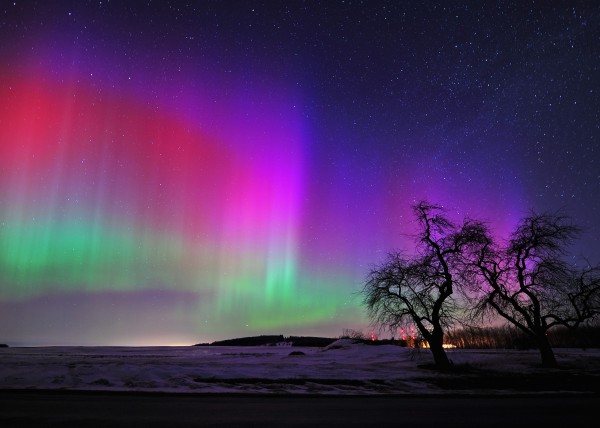 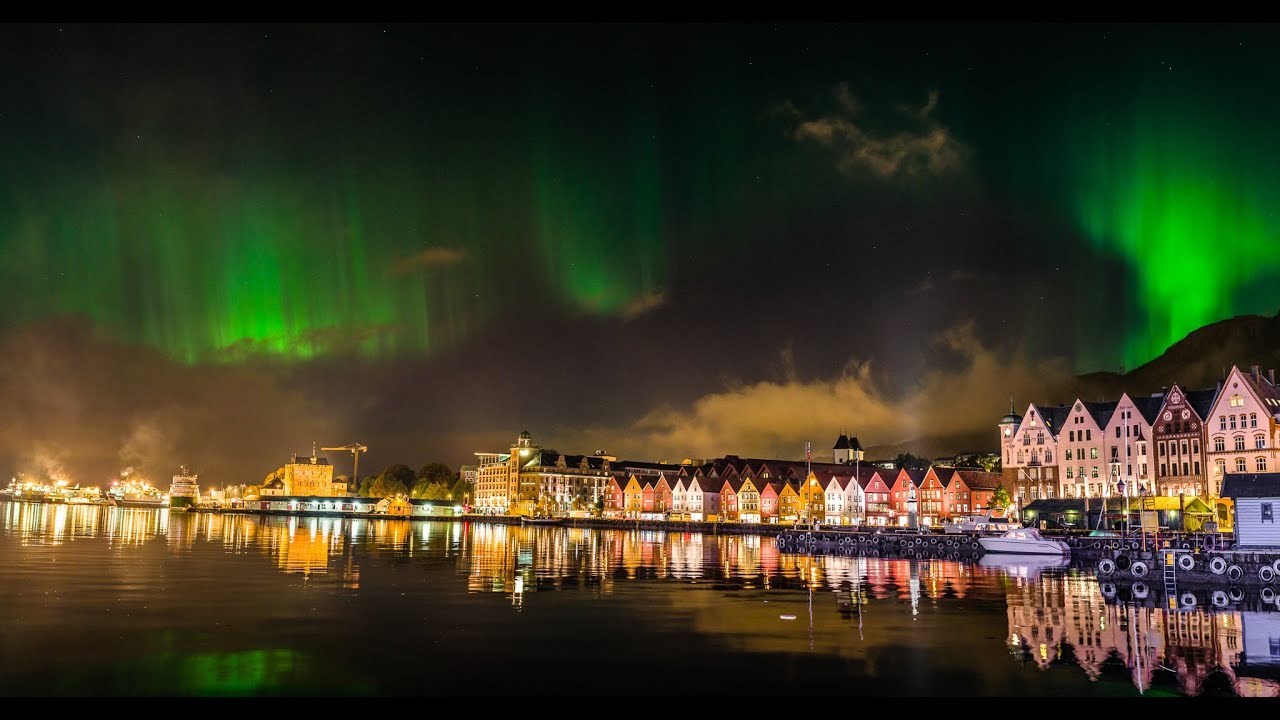 Northern Lights over the wharf in Bergen, Norway the night of 14th Oct 2013 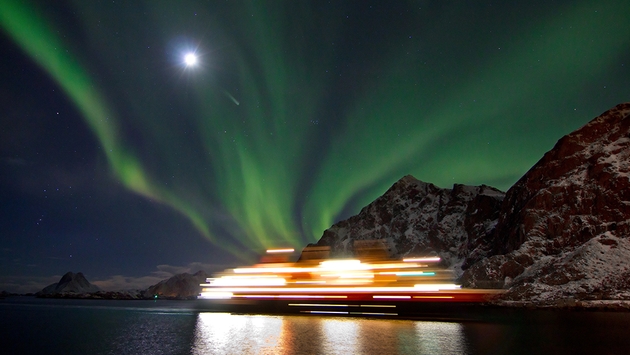 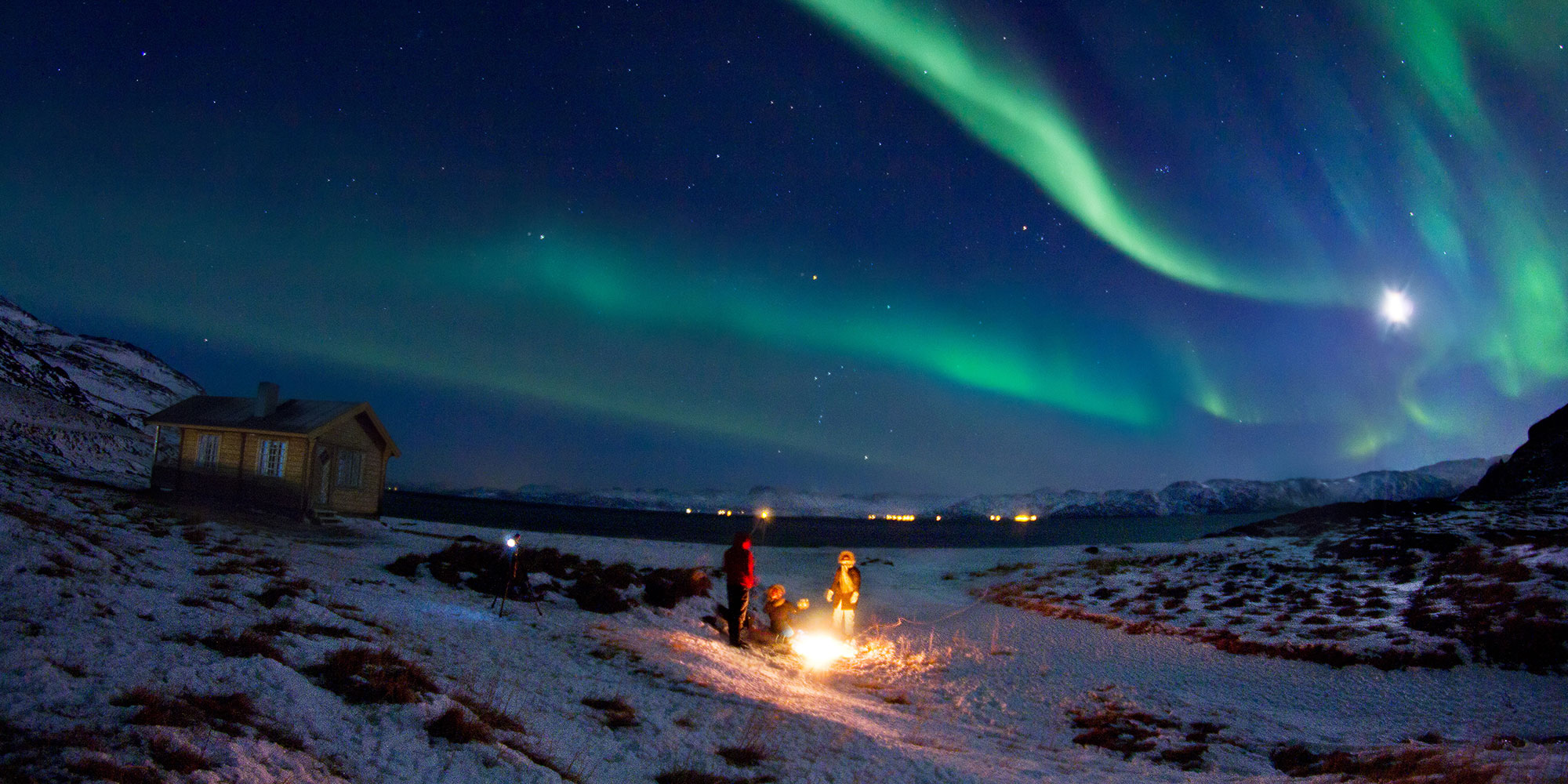 Have you ever dreamt of catching the Northern Lights? The Northern Lights (or Aurora Borealis) is a common experience on the bucket list for many and some would pay thousands to see this spectacular display of lights. Sorry to burst your fantasy bubble… but let us provide a reality check to your thousand-dollar trip so you don’t go in blind: you may not get to see it at all.

There are no sure-win solutions, but what you can do is to increase your odds to win:

YOU MAY GIVE UP BECAUSE THE WEATHER IS BEYOND COLD

Going during the winter months may give you a higher chance of catching the Northern Lights, but it also means waiting in -20°C temperatures and it might even get as cold as -40°C.

Say hello to uncontrollable shivers, numbness, dry lips and frozen mucus. And it doesn’t stop there. The wind makes it worse by giving you 10 times more pain. You’ll do anything to avoid that piercing pain on your face, even if it means hiding behind your travel mate. So much pain that you will start wondering why you paid thousands to suffer so much.

Dear Northern Lights, why are you so unpredictable? It is no fun waiting for hours in the cold.

The Northern Lights usually appear between 6 p.m. to 1 a.m. The weather might change suddenly and you might end up waiting for hours just for the skies to clear. Sometimes, that wait can be in vain. It might even appear when you are eating. If you are staying in an ice igloo/ aurora bubble, you may end up sleeping because there is the comfort of the bed and boredom of waiting. Just be prepared to grab your camera and go at any time.

If catching the Northern Lights isn’t hard enough, to be able to catch them in an amazing spectrum of colours is even harder. The most common colour that you will see is green (lots, and lots, of green), greenish yellow, and a bit of purple-grey. Catching the lights in pink, blue and violet and rare (even the locals we spoke to said they have not seen the rarer colours) and seeing it in red is almost close to impossible (but there have been known sightings).

Be warned though, the colours might not be as evident as you think it will be, which leads us to our next point.

THE REAL NORTHERN LIGHTS YOU SEE ARE NOT LIKE WHAT YOU SEE IN PHOTOS (The rawest truth behind these lights!)

Expectations (what your camera captures)

This is not the time to splash “LIES!” over all the Northern Lights pictures that you see. The photos you see are not fake. It just happens that the Northern lights you see with your naked eye probably only reflects 20% of what your camera is able to capture (damn these photographers). Reality is, your naked eyes are not like camera lenses – they don’t capture light as accurately and they can’t perform long exposure shots. Your brain is sadly not like Photoshop.

Reality (what your eyes see)

THEY MAY APPEAR EVERYDAY… BUT YOU CONFUSE THEM FOR CLOUDS

These elusive Northern Lights may actually appear daily during your stay in the Arctic Circle during peak seasons. However, they appear so faintly, especially in grey or light green  that you pass them off as clouds. Yes, Earth’s natural light display can be that unimpressive.

A trick for that, if you ever see streaks in the sky that resemble clouds but suspect are actually faint northern lights, is to use your camera. If these streaks turn out greenish on the screen, those are faint Northern Lights. Wait around and they could likely flare up into a spectacular display.

“Disillusioned? It’s okay *pat pat*. Let us provide you with some comfort to this harsh reality. It is precisely because Northern Lights are so difficult to catch that makes it so worthwhile and memorable when you actually do witness it, no matter which end of the spectrum is being displayed.
Just imagine braving the cold, waiting for hours, and imagine travelling a million miles and the most fascinating display of lights appear right in front of you! We promise your heart will dance along with the Northern Lights, and it will be the happiest feeling you will ever experience – cold and prior torture forgotten. They even say it may evoke tears (after all you’ve been through).”, whatson.govacay

How do charged particles from the sun get here?

Generally, it is when there is an opening in the suns atmosphere that allows electrons and protons to flow out. In terms of auroras, we need quite a lot of charged particles colliding with earth’s atmosphere to create vivid displays, so this usually requires quite a large opening, such as a coronal hole, or a sunspot. The connection between Auroras and sunspot activity has been suspected since about 1880. Thanks to research conducted since the 1950′s, we now know that electrons and protons from the sun are blown towards the earth on the ‘solar wind’.

The lights of the Aurora generally extend from 80 kilometres (50 miles) to as high as 640 kilometres (400 miles) above the earth’s surface.

WHERE IS THE BEST PLACE TO WATCH AURORA?

Because the phenomena occurs near the magnetic poles, getting as close to these poles as possible will rapidly increase the chances of viewing aurora. As the magnetic south pole is in Antarctica, unless your a scientist working there, it usually leaves the northern hemisphere the most sensible option of viewing aurora. It should be mentioned however that during strong solar storms, aurora australis are quite often visible in places south from Australia. But generally speaking, the best places to watch the aurora are usually are North America or Europe.

In North America, the north western parts of Canada, particularly the Yukon, Nunavut, Northwest Territories and Alaska are favourable. In Europe, Scandinavia, particularly the Lapland areas of Norway, Sweden and Finland is very good for aurora viewing. Iceland is also a good place for auroras and Auroral displays can also be seen over the southern tip of Greenland.

In terms of what physically makes a place good to view aurora aside from the proximity to the magnetic poles. The most important point is ‘light pollution’, it will ruin any aurora show, so the best places to watch the auroras should be away from light pollution. In most cases in the north this usually only requires driving for 30 minutes of a city/town and you should be in light pollution free skies.

The other most important is to be on relatively high ground with an un-obscured view north (this is not necessary if you are so far North the auroras are usually directly overhead). The further away from the north pole you are, generally speaking the lower on the horizon the aurora will be. Of course this depends on a lot of factors such as aurora strength (Kp level).

Those are really the main points to successful aurora viewing, if you get them all right, then you should be in for a good show. Of course if there are clouds, then forget all the above! Auroras are not visible through most types clouds.

WHEN IS THE BEST TIME TO WATCH FOR AURORAL DISPLAYS?

Whenever there is a significant event on the sun and it is earth facing, it usually means a great aurora show is in the offing. There are times when the sun is very quiet and there are times when it is very active. This is known as the solar cycle. The solar cycle is 11 years. It has a solar minimum period and a solar maximum period, it is the solar maximum period when it is at it’s most active.

Winter in the north is generally a good season to view lights. The long periods of darkness and the frequency of clear nights provide many good opportunities to watch the auroral displays. Usually the best time of night (on clear nights) to watch for auroral displays is between 10pm to 2am. Although they can, and quite often are, seen either side of these times.

Odd or Artist: Self Inflicted Freak