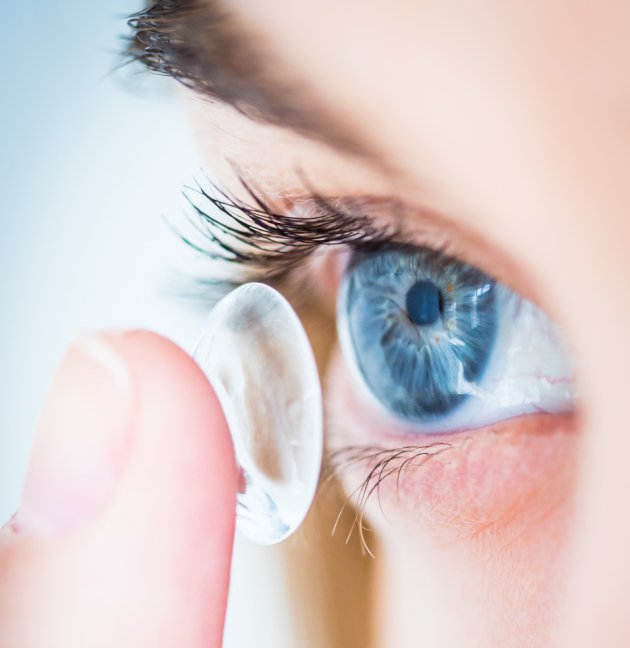 The lenses will allow wearers to zoom in just by blinking

A new pair of contact lenses give wearers superhuman powers of vision – allowing wearers to zoom in on distant objects simply by blinking.

The contact lenses could offer hope for people with the most common age-related vision disorder, according to scientists at the Swiss Federal Institute of Technology.

Each lens contains an ultra-thin pair of lenses which operate like a tiny aluminium ‘telescope’, and let wearers zoom in to 3x magnification.Users blink their right eye to zoom in, and their left to zoom out – with the contact lenses pairing with a hi-tech pair of glasses to provide magnification.

The technology was first developed to create ultra-thin contact lenses for aerial drones, but scientists now believe they could offer hope to people with age-related macular degeneration.

AMD is the leading cause of visual impairment in the UK, with up to 500,000 people affected by it.The ‘zoomed-in’ view of the lenses could allow sufferers to focus on important details such as faces, the researchers say.

The current prototype is thicker than a normal contact lens, and less breathable, but scientists are working to overcome these difficulties.

The researchers say, ‘[The lens] magnifies 2.8 times and offers hope for millions suffering from macular degeneration and seeking alternatives to bulky glasses and invasive surgery.

‘These advances reveal the great promise that science holds for the visually impaired — truly a sight to behold.