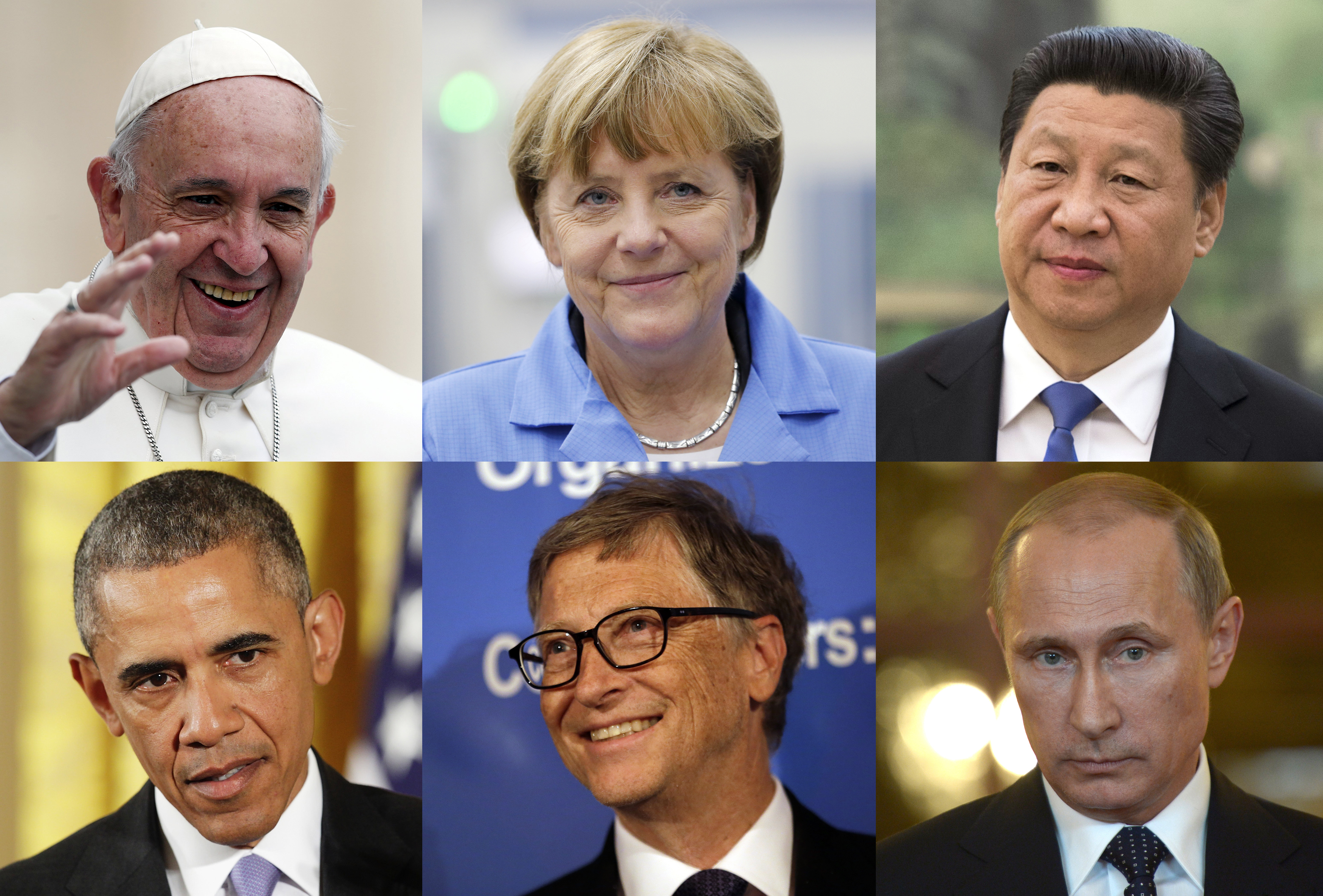 Ten of the world’s most powerful people on Forbes list: Russian President Vladimir Putin, 63,  has now pipped Barack Obama to the title of the world’s most powerful leader as ranked by Forbes.

German Chancellor Angela Merkel: The world’s most powerful woman is the backbone of the European Union and carries the fate of the euro on her shoulders.

US President Barak Obama – 44th President of the United States US President Barack Obama was ranked second after an embarrassing 16-day US government shutdown caused by a budget and debt crisis in Washington.

Fourth place went to 76-year-old Pope Francis. The first Jesuit and Latin American Bishop of Rome preaches compassion for the poor and a greater role for women while signalling the church to quiet its focus on “only on issues related to abortion, gay marriage and the use of contraceptives.”

Chinese President Xi Jinping, who is expected to rule for a decade in which China is set to eclipse the US as the world’s largest economy.

Microsoft co-founder Bill Gates is still America’s richest man, taking the sixth spot in the Forbes list with a net worth of $72 billion.

A leading American economist, Janet Yellen served as vice chairman of the Federal Reserve Board of Governors since 2010 until becoming the first woman to become chair of the board in 2014.

David William Donald Cameron is a British politician who is at present the Prime Minister of the United Kingdom, Leader of its Conservative Party, and Member of Parliament for the Oxfordshire constituency of Witney.

Narendra Damodardas Modi is the 15th and current Prime Minister of India, in office since 26 May 2014. Ever since he assumed office in May 2014, PM Modi has embarked on a journey of all-round and inclusive development where every Indian can realize their hopes and aspirations. He remains deeply inspired by the principle of ‘Antyodaya’, of serving the last person in the queue.

Lawrence “Larry” Page is an American computer scientist and Internet entrepreneur who co-founded Google Inc. with Sergey Brin, and is the CEO of Google’s parent company, Alphabet Inc.

People: Riyadh Alazzawi WKN World Champion breaks the news across the World with his Gold Ferrari