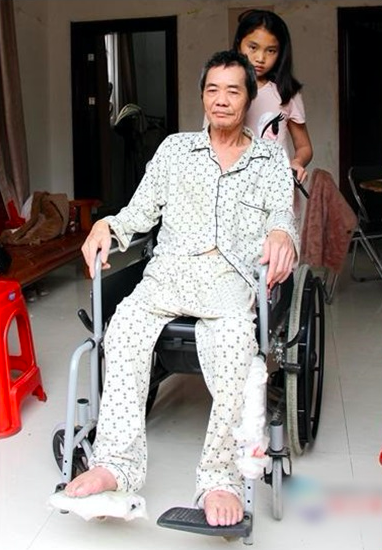 An 11-year-old girl from China learned at a young age the importance of filial piety, even if it means honoring and taking care of someone who is not her biological father.

A girl, named Xiao Qi, was left by her biological parents at a hospital in Guangdong, China. Luckily for her, a man named Zheng and his wife who had a miscarriage were at the same hospital at the same time, and ended up adopting the little girl.

Unfortunately for Zheng, he suffered health complications in 2010 due to high blood pressure, leaving him paralyzed from the waist down. Even more, Zheng’s wife left him and Xiao Qi, according to Stomp.

Two years after Zheng was paralyzed, Xiao Qi’s parents turned up, revealing to her that Zheng was not her real father. She was given the choice to go with her biological parents, but surprisingly, she decided to stay with her adoptive father to take care of him.

The father and daughter duo only get support from the monetary aid provided by the government, according to World of Buzz. And to make things worse, it turns out that Xiao Qi remains stateless because Zheng was not able to complete her adoption papers.

Their plight would catch the attention of the local media who featured their story. After the story went viral, several people pitched in to help. Government officials helped expedite the adoption process and several people donated money so they can move to a better house.

The two were also given money to build their own house, thanks to some fundraising, Furthermore, many entrepreneurs have volunteered to pay for Xiao Qi’s education in the future.

Education: Thirst for Knowledge
PEOPLE: Ms. Philippines Catriona Gray Crown 67th M...
Anastasia: Did she survive the massacre of the Rom...
Why does the Queen Elizabeth II have TWO birthday...