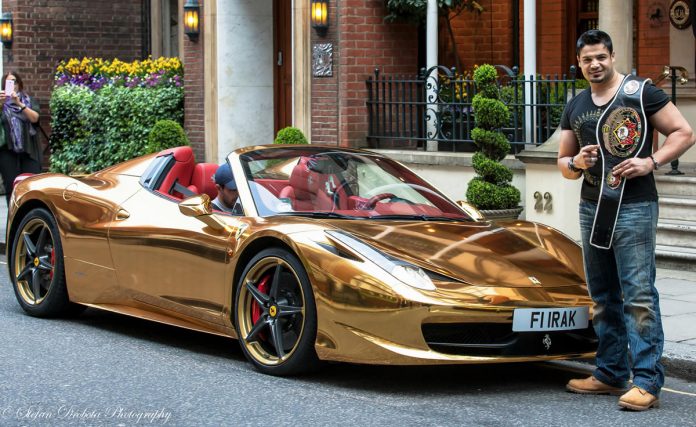 WKN kickboxing world champion from England Riyadh Al-Azzawi has one wish – the peace for his country of birth Iraq and its people.

He competes under original kickboxing rules known as ‘Full Contact’. Last March, 2015 Al-Azzawi retained his belt against American-English Brian Connor at York Hall in London, UK. Spectacular spinning-back kick ended the clash of heavyweights in the first round. Al-Azzawi is credited to be the first ever Arab who won kickboxing world title in the heavyweight category.

Riyadh Al-Azzawi earned his first title of the WKN world champion in 2008 and has defended it against all challengers since, he currently has a career record of 47 wins out of 47 bouts, with 35 knockouts. He defeated a former three-time title holder Tomasz Borowiec from Poland. In 2011 ‘Golden Champion’ told Fightmag that challenge was his hardest to date. Since he has defended his title five times.

“WKN means a lot to me, its my second home and my second family. Without WKN I wouldn’t be where I’m now,” says six-time WKN champion Al-Azzawi.

“Stephane Cabrera [WKN president] is like a big brother to me,”

“He supports me all the way mentally and physically,”

“He has been always there for me, especially when I had a very difficult time in my personal life.”

“I want to say thank you to Stephane Cabrera,

“It is my pleasure to have a big brother like you and to be part of WKN family.”

In March Riyadh Al-Azzawi defended his WKN world title for the third time. He also updated his record to 48-0. Following the victory ‘Golden Champion’ was interviewed by several networks, including famous BBC. Al-Azzawi also made it to Fightmag cover featuring international boxing hall of fame referee from the United States Steve ‘Double S’ Smoger himself.

“I wanna keep defending my title against anybody who comes in the future. I got offered to fight for K-1 many times but I’m happy to fight for WKN. I been fighting for WKN for long time and we can see it keeps rising every year more and more, with great fighters and great shows all around the World.”

“My goal is to defend my title in my country Iraq, being among my people and deliver a message from Baghdad to the World, that we are champions and we love peace.”

“I want to support and unite people in Iraq,” says Baghdad-born living in London kickboxing champion.

“Every where I go [TV stations] my message is clear and always the same,”

“Bring peace to my country and to my people.”

“Iraq has been going through a very difficult time. People suffer.”

“The money gained from my latest bout in London were donated to these people.”

“For me by winning all these bouts is not for any money or fame.”

“I aim my victories to be a symbol to bring Iraqi people together. This would be the biggest victory.”

“I want to unite them the same way our loved sport unites people, wipes out borders and leaves no differences or disagreements.”

“At the moment, this is the least I can do for my great country.” 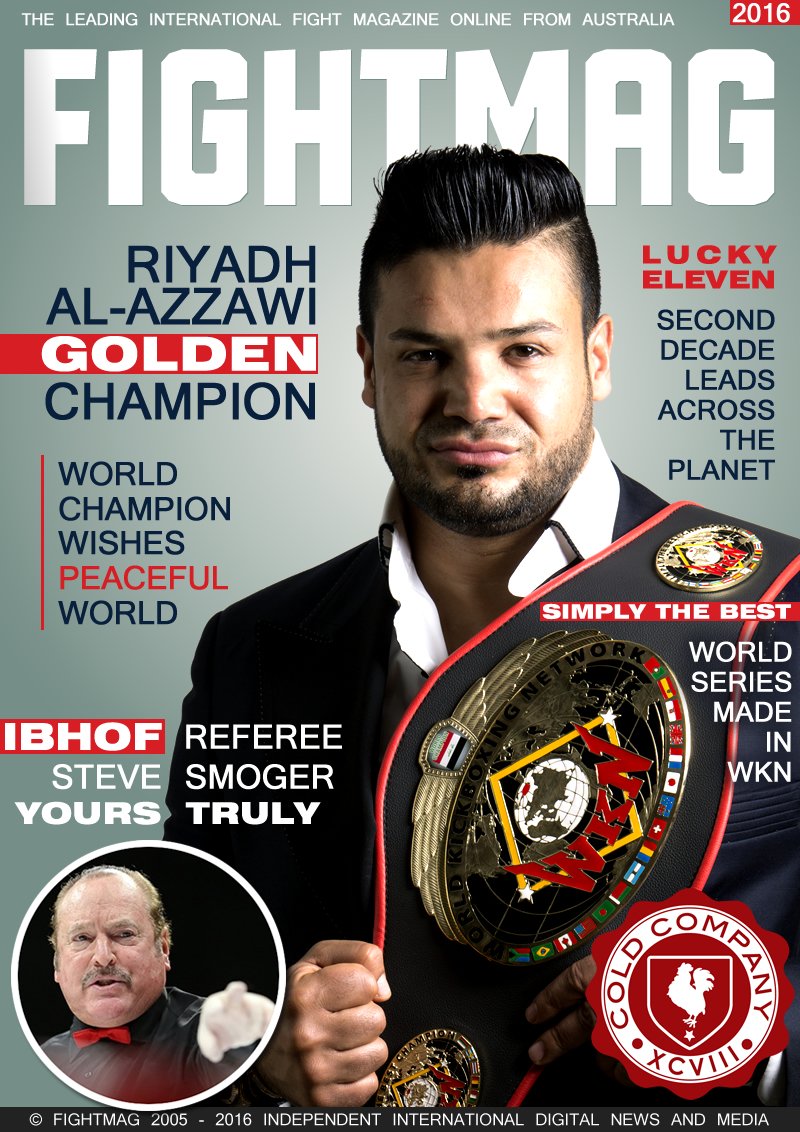 In 2014 Riyadh Al-Azzawi broke the news across the Planet when he gold-plated his £200K Ferrari. Daily Mail outlined that the ‘super-cars are always something of a status symbol and Ferraris come pretty high up even that lofty hierarchy’.

“The nickname ‘Golden Champion’ was chosen by WKN,” Al-Azzawi says proudly. “This is where it originally came from.”

“It is always honorable to win a gold medal, a gold crown, a gold title belt.”

“Since I was a kid who has just started kickboxing, I always dreamed to be at the top, to earn one of those gold medals,”

“Thanks God my dream came true and I’ve got six of them now. I am ‘surrounded’ by gold color.”

“Eventually this color became my official symbol, so I plated my Ferrari in gold.” 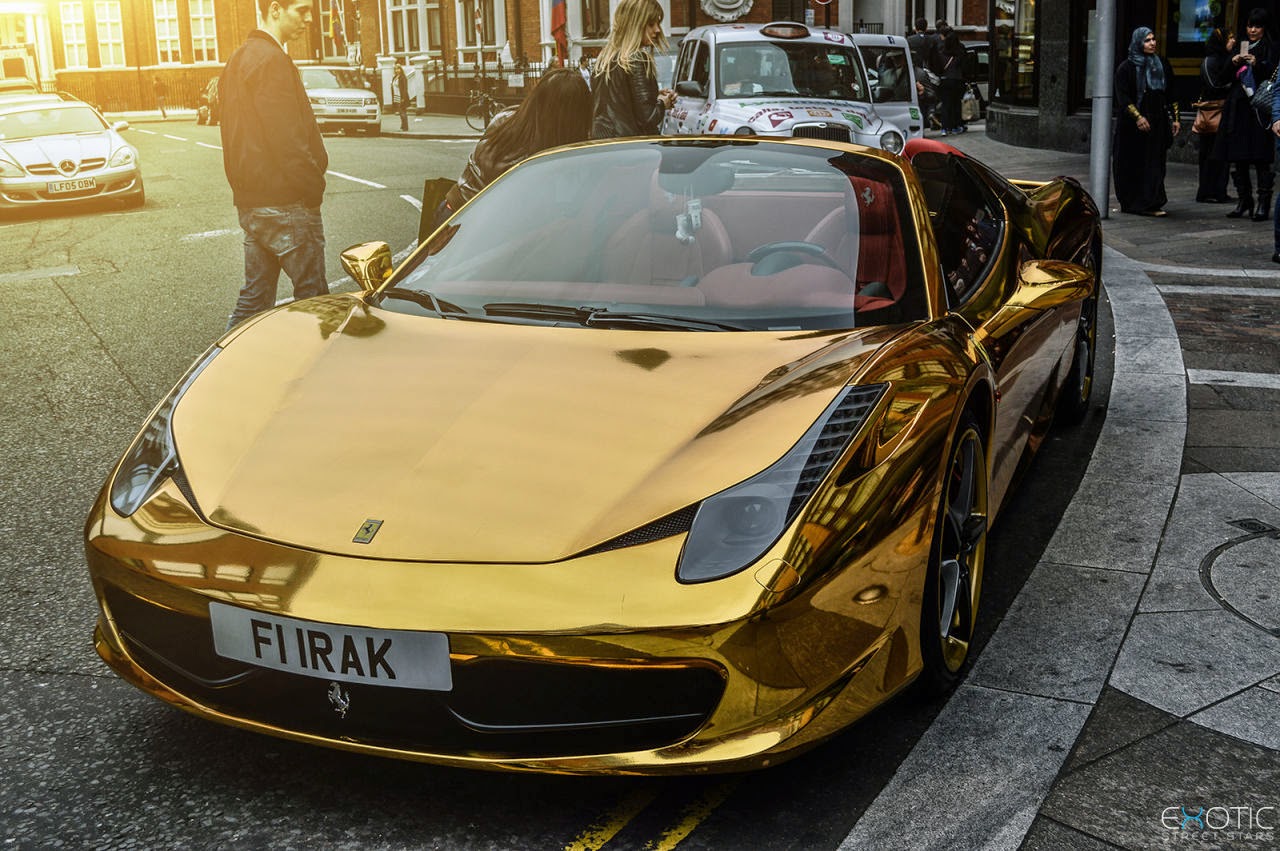 Riyadn Al-Azzawi, has a number of cars with Ferrari’s being his favourite, having the GOLD 458 Spider, and previously having the F430. However, no boxer can go without a 4×4 and Mr. Al Azzawi has a  Mercedes G class for that category.

The Ferrari 458 Spider is the convertible version of the popular supercar which is widely regarded as one of the greatest cars built by the Italian firm. It was ordered with his preferred specification that is one which being left hand drive as the UK is right and the beautiful immaculate red Italian interior. The original grey body work has been wrapped in gold vinyl, for the comparably reasonable price tag of £4,000. This was chosen as only champions get to wear gold.

He loves Ferrari for being similar to him in being fast and strong. 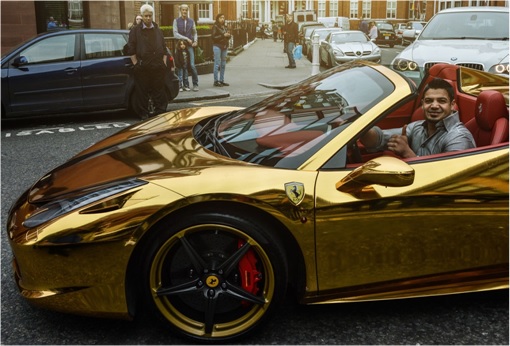 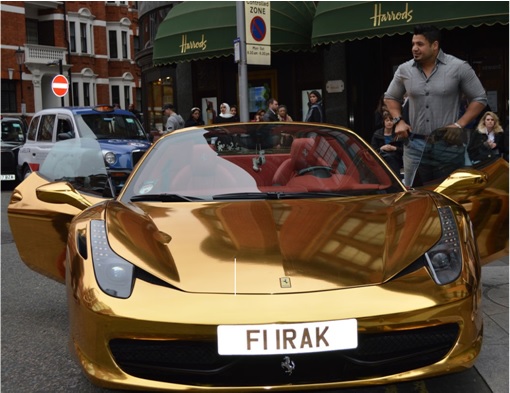 Mr.Riyadh had his plate number personalized. He had choosesn the exclusive digits “FI IRAK” an Arabic word which means “In Iraq”. 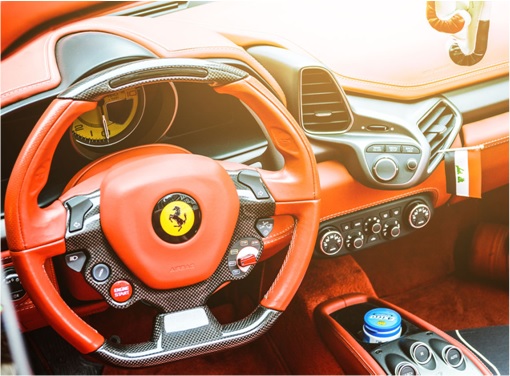 Tim Burton, who runs the YouTube car channel Shmee150, which makes videos about supercars seen around the capital, said: ‘I’ve seen some pretty exciting cars roaming the streets of London, but a golden Ferrari is about as bold as you can get.

‘If you want to cause a scene, this is the way to do it.’

Mr. Riyadh preferred to drive in chilled and this was spotted when cruising through famous London”s Knightsbridge. Lots of eyes were glazed to the car and with Riyadh stopping to allow people to see the car and have photo opportunities with him.

In 2008, he also hits the headlines after the death of Lebanese singer Suzanne Tamim. She found dead on July 28, 2013, with her throat slit and she was lying in a pool of blood at the entrance of her flat in Jumeirah Beach Residence, Dubai. Later, an Egyptian billionaire Hisham Talaat Moustafa who served in the upper house of the Egyptian parliament, was found guilty on paying US$2 million to an ex-policeman, Mushin Sukkari, to kill the singer. They were both sentenced to death. 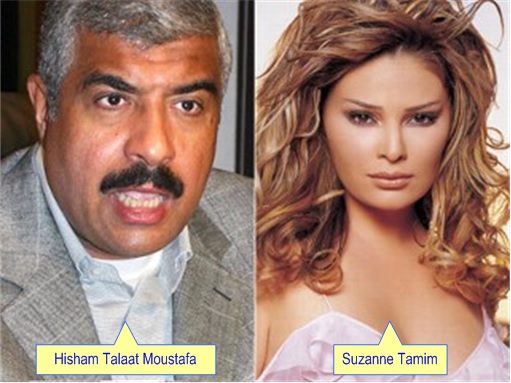 Some reports even claimed they had been married before her death, but Riyadh claimed they were merely “close friends”.

The Most Beautiful Royal Women in the World
Thanks For Being With Me Through It All
Entertaiment: The Beauty of the Past of Showbiz
Travel: Tophet, the Ancient Infant Sacrificial Sit...