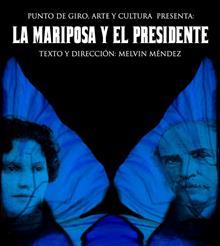 Prostitution, which is often called the oldest profession in the world, is the most lamented double-standard in the world. It is considered a criminal act in many jurisdictions around the world, and yet it is widespread.

What is remarkable about President Jimenez and his First Lady is that true love superseded the bile and acrimoniousness of the highfalutin class in San Jose at the time.

Beatriz Zamora López was Ricardo Jimenez’ common-law wife for many years before he finally married her. She was not accepted by Costa Rican society because of her impoverished childhood.

Was a First Lady of Costa Rica Really a Prostitute? From May 1932 to February 1933, Beatriz Zamora Lopez de Jimenez Oreamuno graced Costa Rica as an elegant First Lady, fluent in the English and French languages and very attuned to cultural, political and historical matters that she learned as an autodidact. She had a sordid past, however, one that the crude Central American aristocracy of the time constantly chastised her for.

The late First Lady Beatriz Zamora was working in a bordello when she met her future husband, the late President Ricardo Jimenez Oreamuno, who was elected to the highest political office of Costa Rica on three occasions, and the only politician to have presided over all three branches of government: Legislative, Judicial and Executive.

At a time when the former First Lady of Germany Bettina Wulff obtained cease-and-desist court orders against Google for her rumored and baseless past as a high-class escort, and the Iranian regime foolishly labeling former First Lady of France Carla Bruni a prostitute, it is appropriate to remember the zeitgeist when a courtesan became First Lady of Costa Rica.

There is no historical challenge to First Lady Zamora’s life as a courtesan. She was born into a working-class rural family of Ciudad Colón, in a village known today as Tabarcia, not far from the United Nations-chartered University for Peace. As an adult, she traveled with her sister to the lovable city of San Jose to work as a housekeeper in a luxurious mansion. Her exposure to the trappings of upper-class life made her covet that lifestyle, which seemed far removed from her destitute upbringing.

The Zamora sisters found work in a San José bordello that catered to the upper crust bachelors of Costa Rica’s wealthiest and most powerful families. It was here that she met a brilliant attorney whose liberal philosophy would later forge the country’s social democratic roots. The couple hit it off from their first encounter, and it did not take long for her to abandon the bordello and move in with the man who would be President of Costa Rica.

The romance started in the late 20th century and lasted several years. They were very close during President Jimenez first and second terms, but she was mortified by the holier-than-thou phonies of Costa Rica’s high society, who wasted no time in jeering and demeaning her past. She was concerned that her prostitution background would negatively impact her lover’s important work as the leader of a flourishing nation.

President Jimenez was not one to suffer fools. He could have cared less about what others, including those who used to accompany him to the bordello, had to say about his dear Beatriz. The couple was married by no less than His Eminence Monsignor Giuseppe Fietta, the Apostolic Nuncio to Central America. The aristocracy in Costa Rica was livid, especially since President Jimenez did not conform to the trendy extreme (and mostly faux) piousness of the time.

The End of a Tragic Love Story

First Lady Beatriz Zamora brought a touch of class to the Presidential Office of Costa Rica, but her detractors continued their foolish taunts. Still, she pressed on with her duties and worked with a few friends and the Mercedarian Sisters of Our Lady of Ransom to bring dignity to the poor in Costa Rica, as well as to the inmates of the San Lucas Island Prison, which had descended into barbaric and inhumane conditions. It is interesting to note that the Mercedarian Sisters trace their lineage to the Royal, Celestial and Military Order of Our Lady of Mercy and the Redemption of the Captives, a Roman Catholic religious order whose members must take a vow of willing to give their lives to save others.

After just a year of marriage, First Lady Zamora was diagnosed with a terminal case of stomach cancer. She sought treatment in the United States, where she was told that it was too late. Historians in Costa Rica recall her poignant and haunting deathbed conversation with her dear husband as an example of sincerity that only true love can bring.

“I feel awful and sick. I want to tell you that I was lured by luxury and comfort, and that I feared poverty. Because of that, I made mistakes, but I know that God forgave me because you forgave me. Perhaps this is the last time that I can tell you, once again, that in my life I’ve only had one true love, which has been vast and deep as the ocean and the sky, and that is you, Ricardo.”

First Lady Beatriz Zamora Lopez de Jimenez Oreamuno passed away on her husband’s birthday, February 6th, 1933. He was 74 years old at the time, and he had this to say after his tragic loss:

“On a day like today, my eyes saw the light for the first time. Today, that light has gone out.”

A History Lesson About Morality

First Lady Zamora was Costa Rica’s very own Lady of the Camellias. Just like in the novel by Alexandre Dumas and the later opera La Traviata by Giuseppe Verdi, President Jimenez and his dear wife showed a cynical upper class in Costa Rica that only true love transcends everything.

Her funeral did not befit a First Lady; it was sparsely attended by relatives and the only man who truly mattered in her life: President Jimenez, one of the most important figures during Costa Rica’s first half of the 20th century. This was a head of state who understood the meaning of liberalism in the sense that he welcomed change for the sake of social empowerment.

Some of the outstanding accomplishments by President Jimenez during his time next to his beloved First Lady include:

President Jimenez was not overly religious, though he fervently believed in freedom of religion. He did not remain a widower and later married a woman with whom he had the daughter that First Lady Zamora always wanted but was worried about. The late First Lady did not want to have children who would be chided and bullied in school by heartless classmates and teachers who would label them the son or daughter of a whore.

What is interesting about First Lady Zamora’s life was her transformation from a woman with little education to a polyglot who could hold her own when engaging in conversation about national and global affairs with the hoity-toity of San Jose. She was a very beautiful woman, as you can see in this picture; next to President Jimenez, she got everything she ever hoped for when she started working at that bordello, but in the end her past would always haunt her.

President Jimenez passed away in 1945. He would have loved to see Costa Rica abolish her army, Instead, he reflected upon his life and mostly gave away his property and material possessions, opting to live out his final days in a modest home he rented. His peers offered to move him into a grand donated mansion, but he emphatically refused.

Prostitution, which is often called the oldest profession in the world, is the most lamented double-standard in the world. It is considered a criminal act in many jurisdictions around the world, and yet it is widespread. It has never been a criminal act in Costa Rica, although living off the proceeds of someone who is a sex worker and arranging or facilitating such services, often referred to a pimping or pandering, is a criminal act.

For some reason, prostitution fascinates many people in Costa Rica, which leads to many outlandish claims, one of them being the status of the country as a major destination for sex tourists specifically looking for trysts. Like in many countries around the world, tourists do partake in such activities, but the rate of incidence is far less than in Thailand, the Netherlands or certain counties of Nevada in the United States.

For all the talk about prostitution in San Jose and Jaco Beach, Costa Rica does not even compare to Israel, which in 1998 was highlighted in a CNN documentary as a country where there are one million visits to brothels each month. And the rate of juvenile prostitution in the City of Oakland in California alone is actually higher than it is in all of Costa Rica.

If anything, the story of the late First Lady Zamora shines a light into the motivation for prostitution among many women in Costa Rica. She was very honest about why she entered a brothel: She craved the life of the families for whom she cooked and cleaned their homes. She feared poverty, and later she felt sorry about it. She had a great reprieve in her life, which was captivating the heart of President Jimenez, one of the finest citizens Costa Rica ever hoped to have. That was enough for her.

Let’s not be foolish and ignore that stories similar to that of First Lady Zamora take place in Costa Rica, albeit in a lesser scope. Let’s not forget that European and North American women also come to Costa Rica in search of intimacy, which they find in the arms of Afro-Costa Ricans in Puerto Viejo (and who often become couples).

What is remarkable about President Jimenez and his First Lady is that true love superseded the bile and acrimoniousness of the highfalutin class in San Jose at the time. The resilience of President Jimenez will later be adopted by future country leaders such as President Laura Chinchilla, who has taken her fair share of flack formidably. The scornful and derisive fools of the upper class in San Jose have been transformed into a global hater class who have online social networking at their disposition to spread their fatuousness. To these people, we leave this bit of wisdom:

Do not judge, and you will not be judged;

Why do you observe the splinter in your brother’s eye and never notice the great log in your own?

And how dare you say to your brother, “Let me take that splinter out of your eye,” when, look, there is a great log in your own?

Hypocrite! Take the log out of your own eye first, and then you will see clearly enough to take the splinter out of your brother’s eye.

BEAUTY AND FASHION: Then and Now African Hairstyle...
HEALTH EDUCATION: Natural Remedies To Get Rid Of F...
Terrifying: Colleen Stan, ‘The Girl in the B...
Images of True Love and Their Stories

10 Amazing Colors of the World

Bob Marley: A Prophet of His Times and a Revolutionary

Alone by Sistar Lyrics
An Indian nurse died after 42 years in a coma foll...
RELIGION: According to Megachurch Pastor, ‘Woman H...
Your Color Personality

Alone by Sistar Lyrics
An Indian nurse died after 42 years in a coma foll...
RELIGION: According to Megachurch Pastor, ‘Woman H...
Your Color Personality