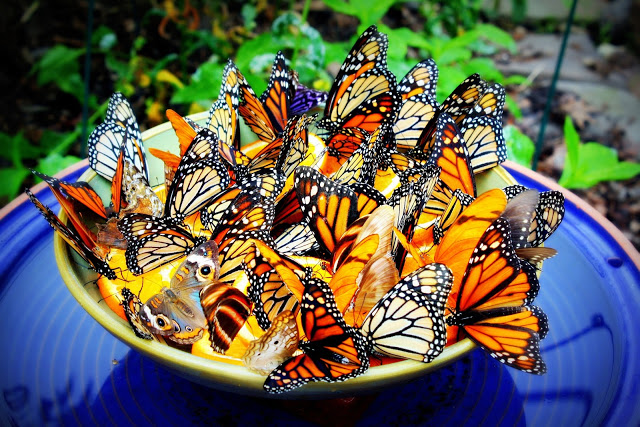 The Monarch Butterfly Biosphere Reserve is a World Heritage Site containing most of the over-wintering sites of the eastern population of the monarch butterfly. The reserve is located in the Trans-Mexican Volcanic Belt pine-oak forestsecoregion on the border of Michoacán and Mexico State, 100 km (62 miles), northwest of Mexico City. Millions of butterflies arrive in the preserve annually. Butterflies only inhabit a fraction of the 56,000 hectares of the reserve from October–March. The biosphere’s mission is to protect the butterfly species and its habitat.

Most of the over-wintering monarchs from eastern North America are found here. Western researchers ‘discovered’ these areas in 1975, though local people had known of the sites before then. Presidential decrees in the 1980s and 2000 designated these still privately held lands area as a federal reserve. The Reserve was declared a Biosphere Reserve in 1980 and a World Heritage Site in 2008. The preserve remains predominantly rural. Reserve administrators continue to be concerned with deleterious effects of illegal logging and tourism. Conservation efforts sometimes conflict with the interests of local farmers, community-based landowners, private land owners and indigenous people. (wikipedia)

Millions of butterflies travel south into Mexico, from Texas and then follow theSierra Madre Oriental mountains to the preserve.The butterflies congregate, clustering onto pine and oyamel trees. To many, the trees appear orange and branches sag from the weight. Dense congregations are thought to conserve heat.If warmed by the sun, the butterflies take flight. the beating of their wings has been compared to the sound of a light rain. The reserve is susceptible to lethal, freezing temperatures.  - (wikipedia)

The reserve was designated in 1980 by President José López Portillo. In the late 1980s reserve management was delegated to the Secretariat of Urban Development and Ecology. It was at this time assigned the category of “special biosphere reserve.” In 1986, the area and boundaries of the zones were defined. In 2000, it received its name (Reserva de la Biosfera Mariposa Monarca).[9][10] UNESCO declared the biosphere a World Heritage site in 2008 as a Natural Asset. Currently the area is known for tourism, logging, mining and farming. It has remained mostly rural, noted for communities of Otomi and Mazahua. – (wikipedia)

Conservation efforts were first intended to protect the butterfies. Research, conservation and other efforts are now focused on preserving the habitat. The interests of residents, land owners, farmers, farmer cooperatives, and local communities have been taken into account regarding conservation but conflicting interests remain. Even though the Mexican government designated the area as a biosphere reserve most of the area of the preserve is owned by 38 ejidos, seven indigenous communities and 16 private holdings. – (wikipedia)

The reserve extends from the mountainous forests of eastern Michoacán to western Mexico State 100 km northwest of Mexico City.The reserve in Michoacán contains the highest elevations in the state, including peaks that reach 2,700 masl. The climate is classifieded as being temperate and somewhat moist with a rainy season in the summer. The average maximum temperature is 22 °C (71 °F). Sub-climates exist in this area: cool and semi moist, semi cold and semi moist, and cold and semi moist.

The reserve is characterized by outcroppings of basalt forming fissures, faults and cliffs in a northeast-southwest orientation. Rock formations have replaced older ones such as volcanic cones and old lava beds. The soil is highly permeable, resulting in little surface water. There are some small ponds andarroyos. The forests of pine and oyamel fir trees provide microclimates that provide shelter when temperatures fall to freezing and/or there are winter rains.

This area is predominantly covered in forests. The composition of the forest varies with altitude:

There are fourteen major butterfly colonies located in these rugged forested mountains, which account for more than half of colonies of the monarch butterfly’s eastern U.S./Canada population. It is estimated that up to a billion individuals spend winter here in any given year. These colonies are dense, with between six and sixty million butterflies per hectare. The reserve areas are found in the municipalities of Ocampo, Angangueo,Zitácuaro and Contepec in Michoacán and Donato Guerra, Villa de Allende andTemascalcingo in the State of Mexico. They are divided into five principal zones or nuclei. – (wikipedia)

Eight of the fourteen colonies are in the protected area. The colonies proper cover only 4.7 hectares, but the protected biosphere area covers 56,259 hectares.Five colonies are open to visitors: Sierra Chincua and El Rosario in Michoacan, and La Mesa, Piedra Herrada and El Capulin in the State of Mexico. There are other colonies near San José Villa de Allende and Ixtapan del Oro, but they are not actively promoted for tourism because of the risk of harm to these butterfly colonies. El Rosario is the largest sanctuary in Michoacán, where the butterflies cover about 1,500 trees. – (wikipedia)

While the Biosphere still has problems with infrastructure, most notably with trash (especially around parking and merchant areas), a number of improvements have been recently made, most notably in the sanctuary of El Rosario. These include well-defined footpaths with security patrols and stone/or concrete steps in steep places to help against erosion. Horsepaths were also eliminated for erosion reasons. Only two areas have significant installations. In the Sierra Chincua there is a research facility dedicated to the monarch butterfly and a nursery for reforestation efforts. At Cerro El Companario there are facilities for tourism. – (wikipedia) Monarch butterflies bathed in the sunshine in Angangueo, Mexico. (mexican-folk-art-guide) 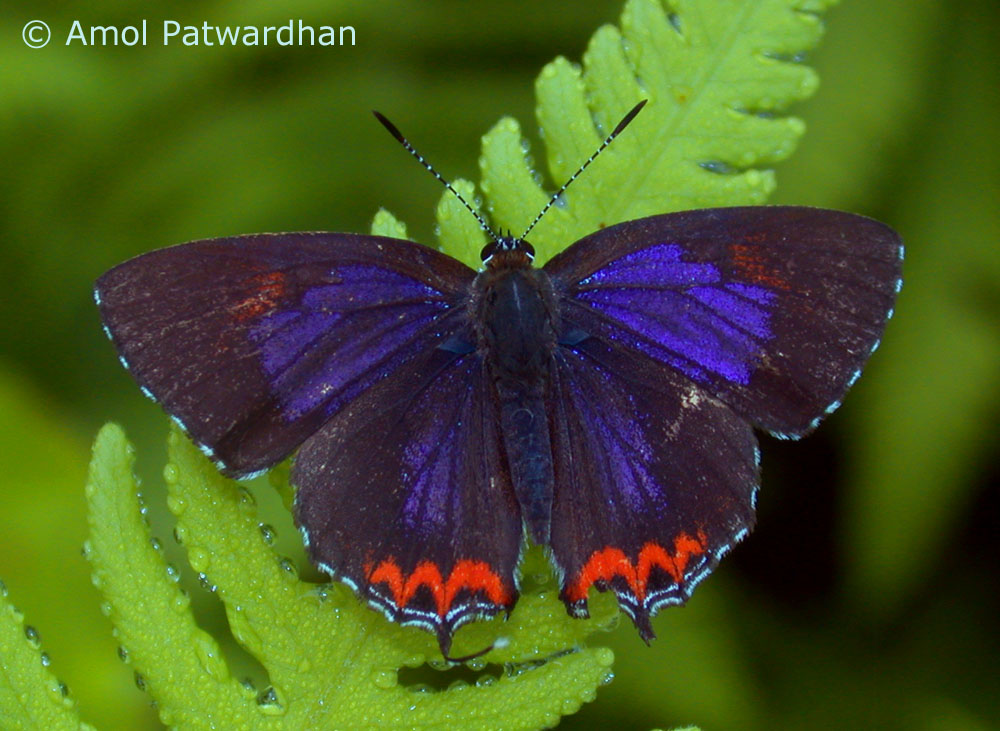 A purple sapphire butterfly in Namdapha sanctuary, which is famous for its butterflies (indianaturewatch.net) 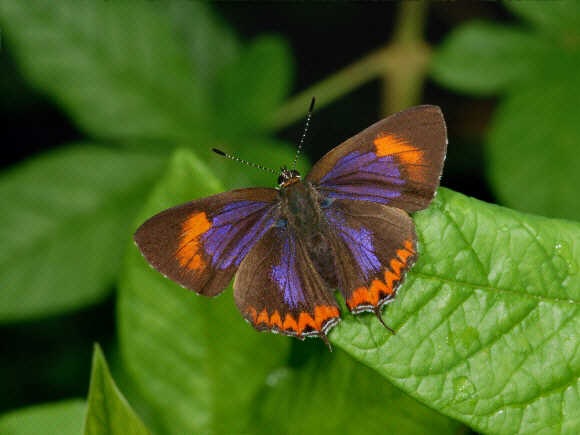 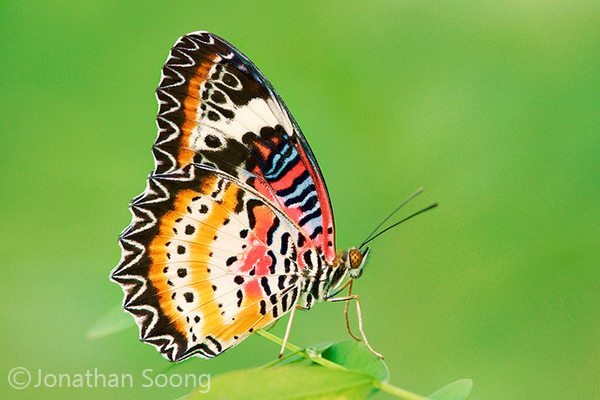 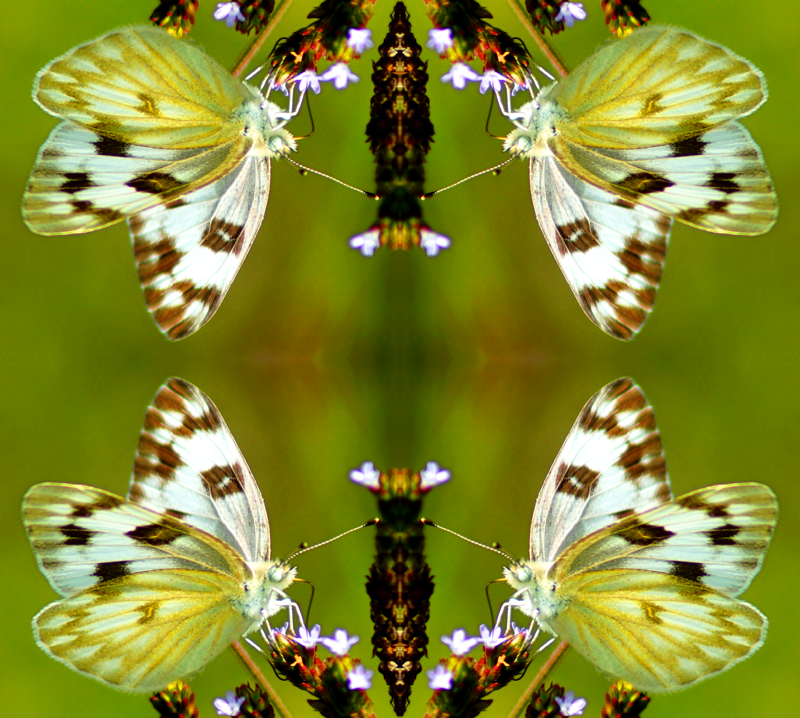 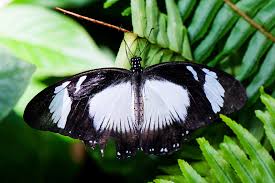 The ‘Pansy Blue’, another common butterfly species found in Tiruchi amongst some others. Photo by Dr. Daisy Mary Caroline (pinterest) 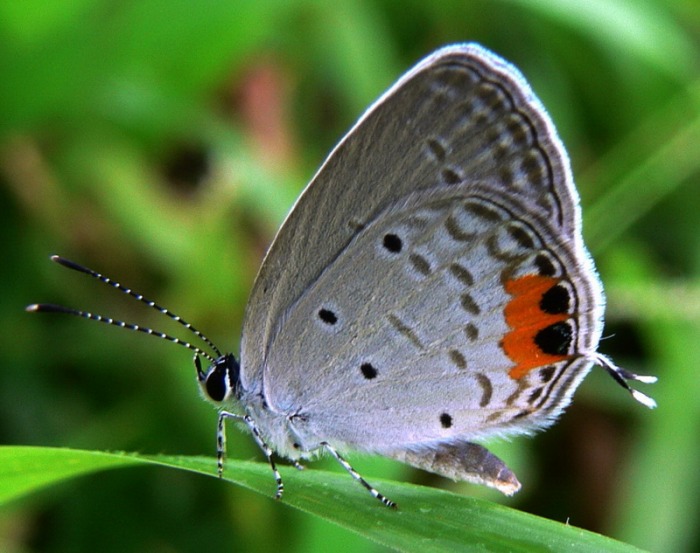 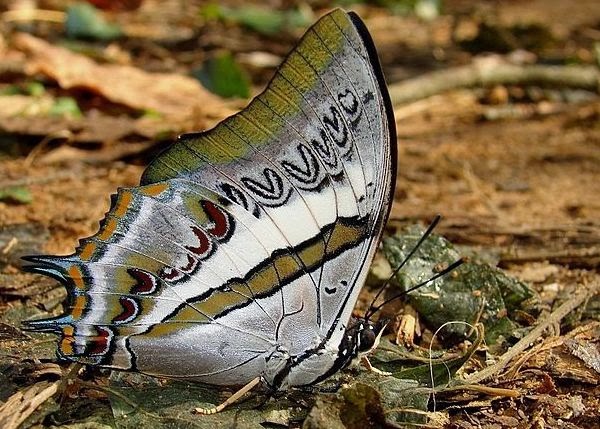 May the wings of the butterfly kiss the sun
And find your shoulder to light on,
To bring you luck, happiness and riches
Today, tomorrow and beyond.
~Irish Blessing

Beautiful and graceful, varied and enchanting, small but approachable, butterflies lead you to the sunny side of life.  And everyone deserves a little sunshine.  ~Jeffrey Glassberg

Happiness is a butterfly, which when pursued, is always just beyond your grasp, but which, if you will sit down quietly, may alight upon you.  ~Nathaniel Hawthorne

“Just living is not enough,” said the butterfly, “one must have sunshine, freedom and a little flower.”  ~Hans Christian Andersen

Love is like a butterfly:  It goes where it pleases and it pleases wherever it goes.  ~Author Unknown

This great purple butterfly,
In the prison of my hands,
Has a learning in his eye
Not a poor fool understands.
~William Butler Yeats, “Another Song of a Fool”

Where have those flowers and butterflies all gone
That science may have staked the future on?
He seems to say the reason why so much
Should come to nothing must be fairly faced.
~Robert Frost, “Pod of the Milkweed”

We are all butterflies waiting to happen. For a caterpillar to become a butterfly it must change.  If nothing ever changed, there’d be no butterflies. 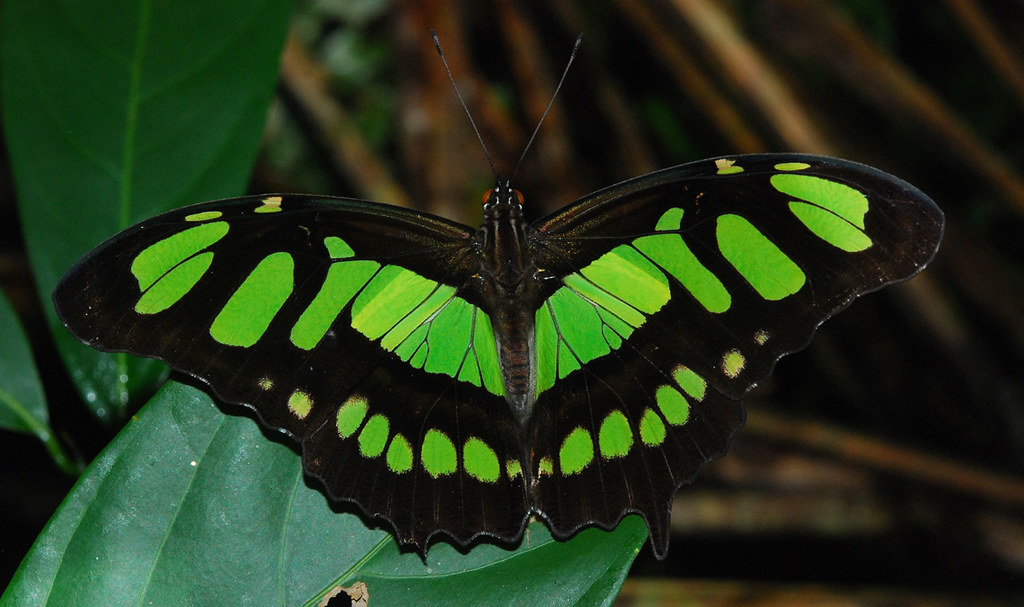 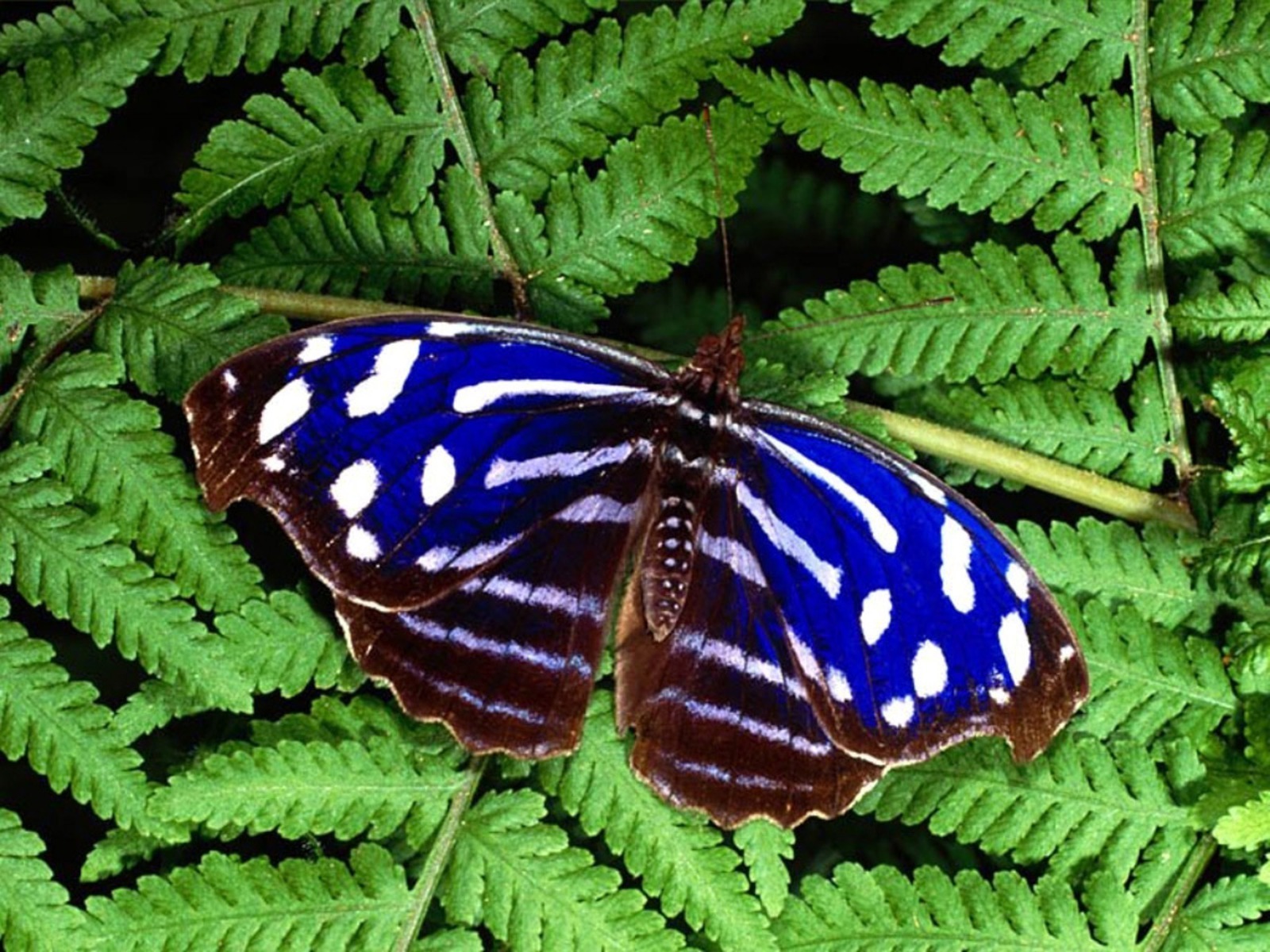 How does one become a butterfly? You must want to fly so much that you are willing to give up being a caterpillar. Never underestimate that power that is, and has always been within you. 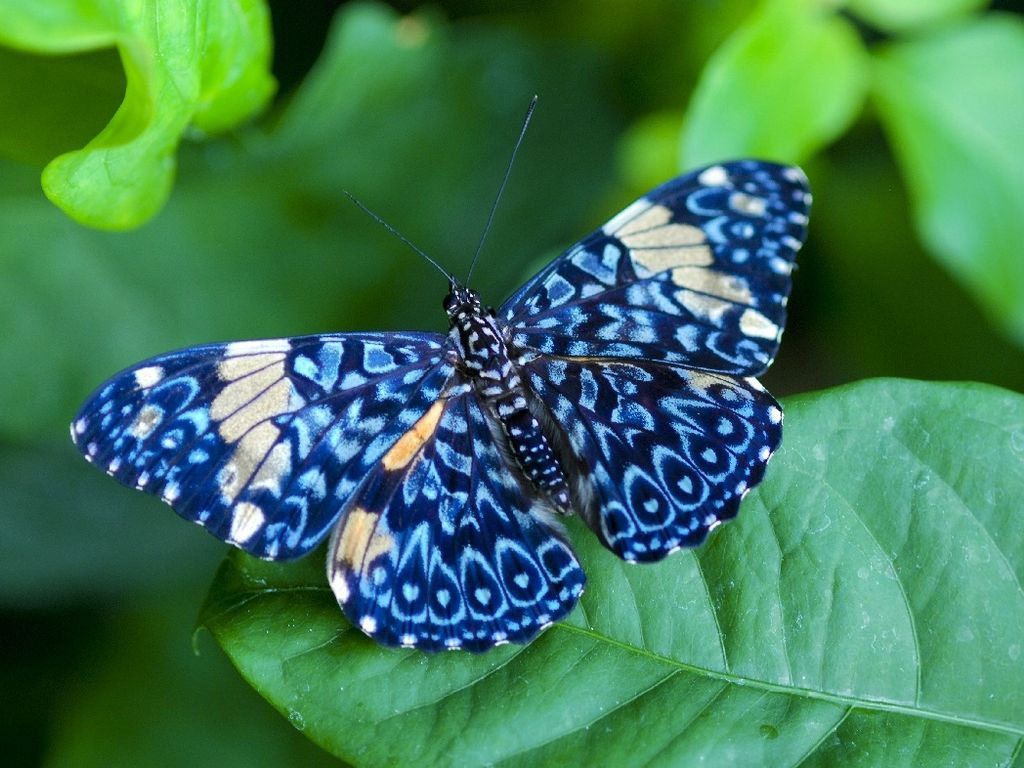 Butterflies can’t see their wings. They can’t see how beautiful they are, but everyone else can. People are like that.

Everything in your life is there as a vehicle for your transformation. Use it.  Don’t settle for being a caterpillar when you have butterfly potential. Allow God to transform you from the inside out. . After every storm there comes clear, open skies. The struggle you are in today is developing the strength you need for tomorrow. Don’t give up.

Have you ever seen a butterfly crawl back into its cocoon and become a caterpillar? Don’t go backwards.
Like a butterfly evolving, we must love each stage we pass through. Be not judgmental of yourself. You are becoming a wondrous butterfly. 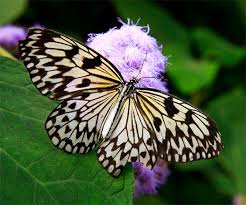 We delight in the beauty of the butterfly, but rarely admit the changes it has gone through to achieve that beauty.
Just like the butterfly, I, too, will awaken in my own time. 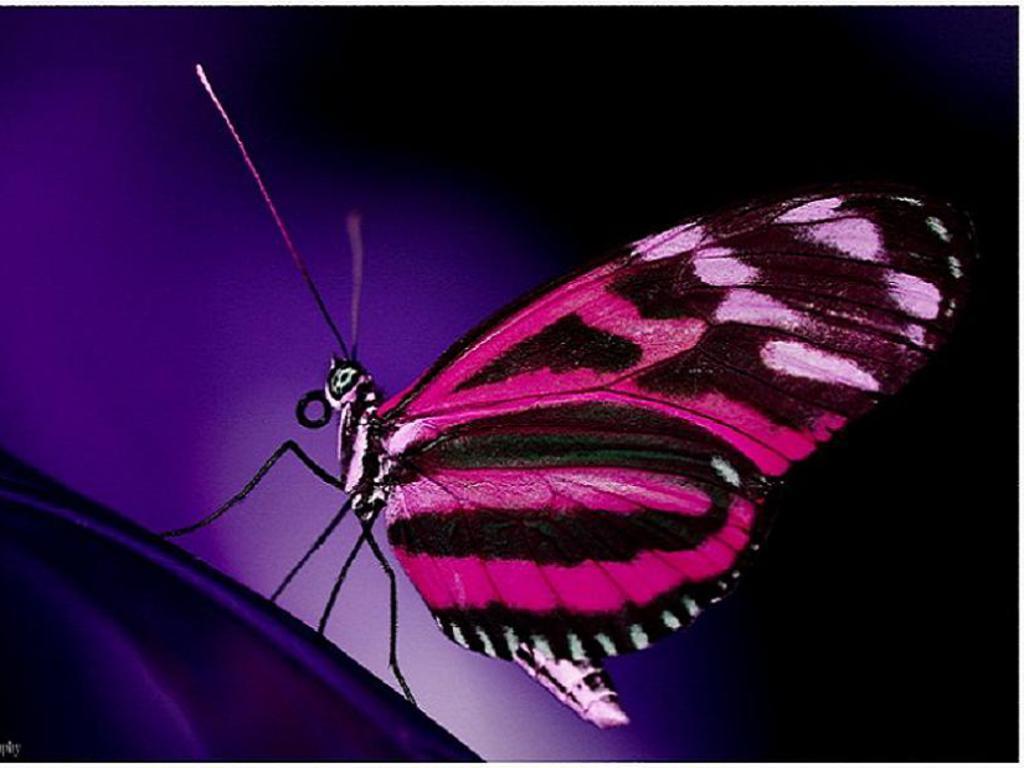 Pass through each stage of your life with attention.
Like the butterfly, I have the strength and hope to believe, in time I will emerge from my cocoon … transformed.

The butterfly counts not the months but the moments, and has time enough. “When she transformed into a butterfly, the caterpillars spoke not of her beauty, but of her weirdness. They wanted her to change back into what she always had been. But she had wings.”
― Dean Jackson

“He said that we belonged together because he was born with a flower and I was born with a butterfly and that flowers and butterflies need each other for survival.”
―  Gemma Malley, The Declaration

One butterfly wing reflected wholly in a mirror won’t give flight. Let this be a lesson in love.

a flower knows, when its butterfly will return,
and if the moon walks out, the sky will understand;
but now it hurts, to watch you leave so soon,
when I don’t know, if you will ever come back. Meditation is the process of transformation and beautification of soul from a leaf-eating caterpillar to a nectar-sipping butterfly. It grows with the wings of love and compassion. Story is a butterfly whose wings transport us to another world where we receive gifts that change who we are and who we want to be. The caterpillar does all the work, but the butterfly gets all the publicity.

What the caterpillar calls the end ofthe world the master calls a butterfly.

As with the butterfly, adversity is necessary to build character in people.

How She Ate Her First Birthday Cake ? :)

All Of Me by John Legend Lyrics

Back Pain: Most Important Acupressure Points