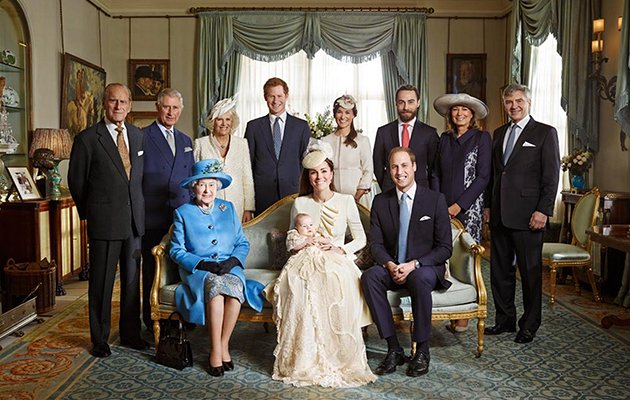 Well-wishers were gathered to celebrate Princess Charlotte’s christening, but it was big brother Prince George who nearly stole the show (yet again!). 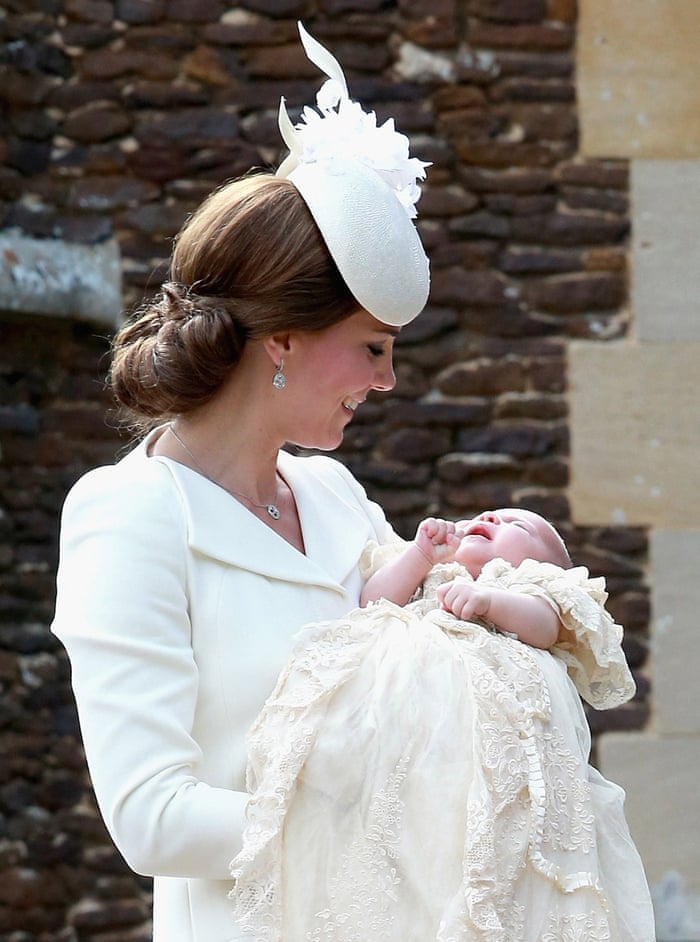 Princess Charlotte’s godparents have been revealed.

William and Kate asked Miss Fellowes – the daughter of one of Diana, Princess of Wales’s sisters, to take on the spiritual role for the nine-week-old Princess, as well as friends Sophie Carter and James Meade, Kate’s cousin Adam Middleton and William’s close friend Thomas van Straubenzee.

Kensington Palace confirmed the decision, made by Kate and Wills, on Twitter at 11am.

July 5, the two-month-old baby will be christened Charlotte Elizabeth Diana at St Mary Magdalene Church in Sandringham, Norfolk, where Diana’s parents Earl Spencer and Frances Shand Kydd had her baptised in 1961.

In the lead up to the christening, the favourites to get the nod as godparents were Princesses Beatrice and Eugenie, William’s lifelong friends Hugh van Cutsem and Thomas van Straubenzee, and Kate’s school friend Alicia Fox-Pitt.

The service starts at 4.30pm, with well-wishers invited to wait in the paddock outside the churchyard – the first time in three generations that a senior royal will be accessible to the public on her baptism day.

In a touching move, all flowers brought for Princess Charlotte by the public today will be donated to East Anglia’s Children’s Hospices.

Fewer than 30 people will attend the service, which will be in private.

Unfortunately Prince Harry – who was widely tipped beforehand to be godparent to Princess Charlotte – will miss the christening as it coincides with a scheduled charity trip to Africa.

The 30-year-old royal is spending the summer travelling the continent doing conservation and charity work.

In attendance will be the Queen and Philip, along with Charles and Camilla as will Carole, Michael, James and Pippa Middleton.

Princess Charlotte will wear a replica of the silk and lace christening gown worn by royal babies since 1841.

It was decided in 2004 that the original gown was too delicate to be worn any more so the Queen’s dressmaker Angela Kelly made a replica.

For the occasion, the nearly two-year-old prince looked adorable in red shorts, a white collared shirt . Prince George’s nanny Maria Borrallo is expected to be there to look after George and make sure the lively toddler doesn’t disrupt the solemn proceedings.

Prince George was on his best behaviour as his little sister Princess Charlotte made her second public appearance, this time for her christening. There will be no cameras during the service but Mario Testino, who took William and Kate’s engagement photographs as well as iconic pictures of Princess Diana, will take photographs of the royal party in Sandringham House afterwards, where they will also enjoy afternoon tea where guests will be served slices of christening cake, which is a tier taken from The Duke and Duchess of Cambridge’s wedding cake. 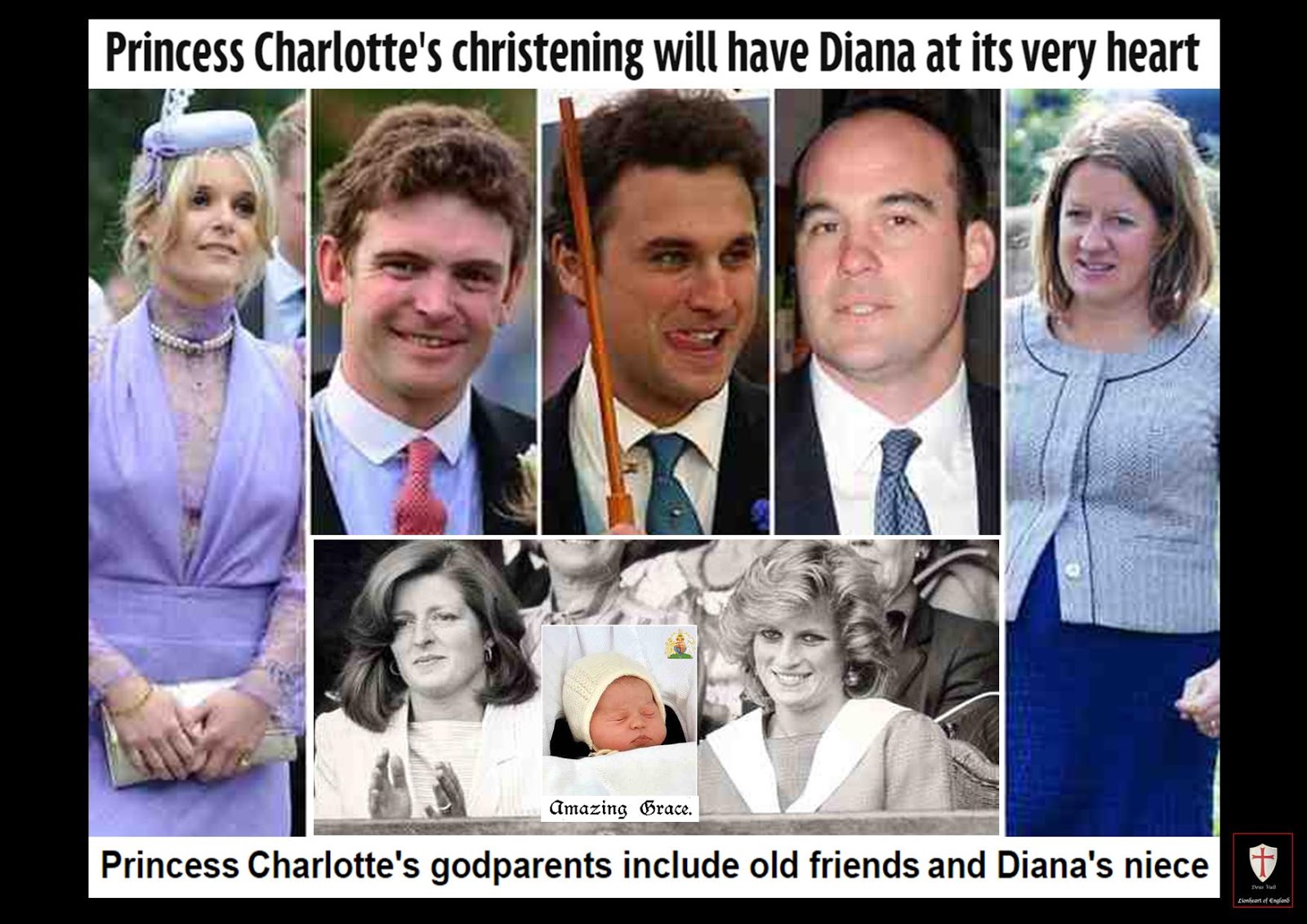 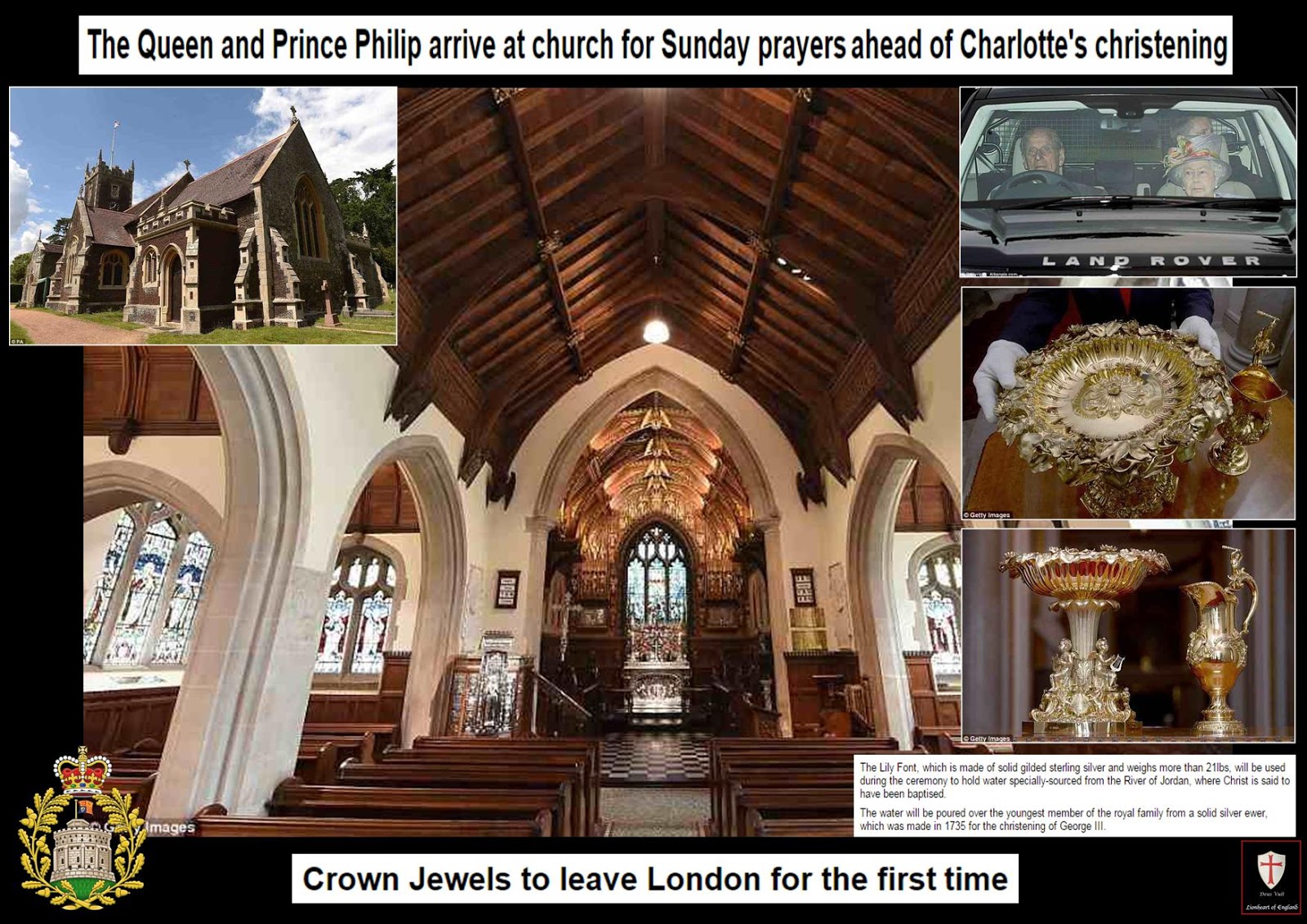 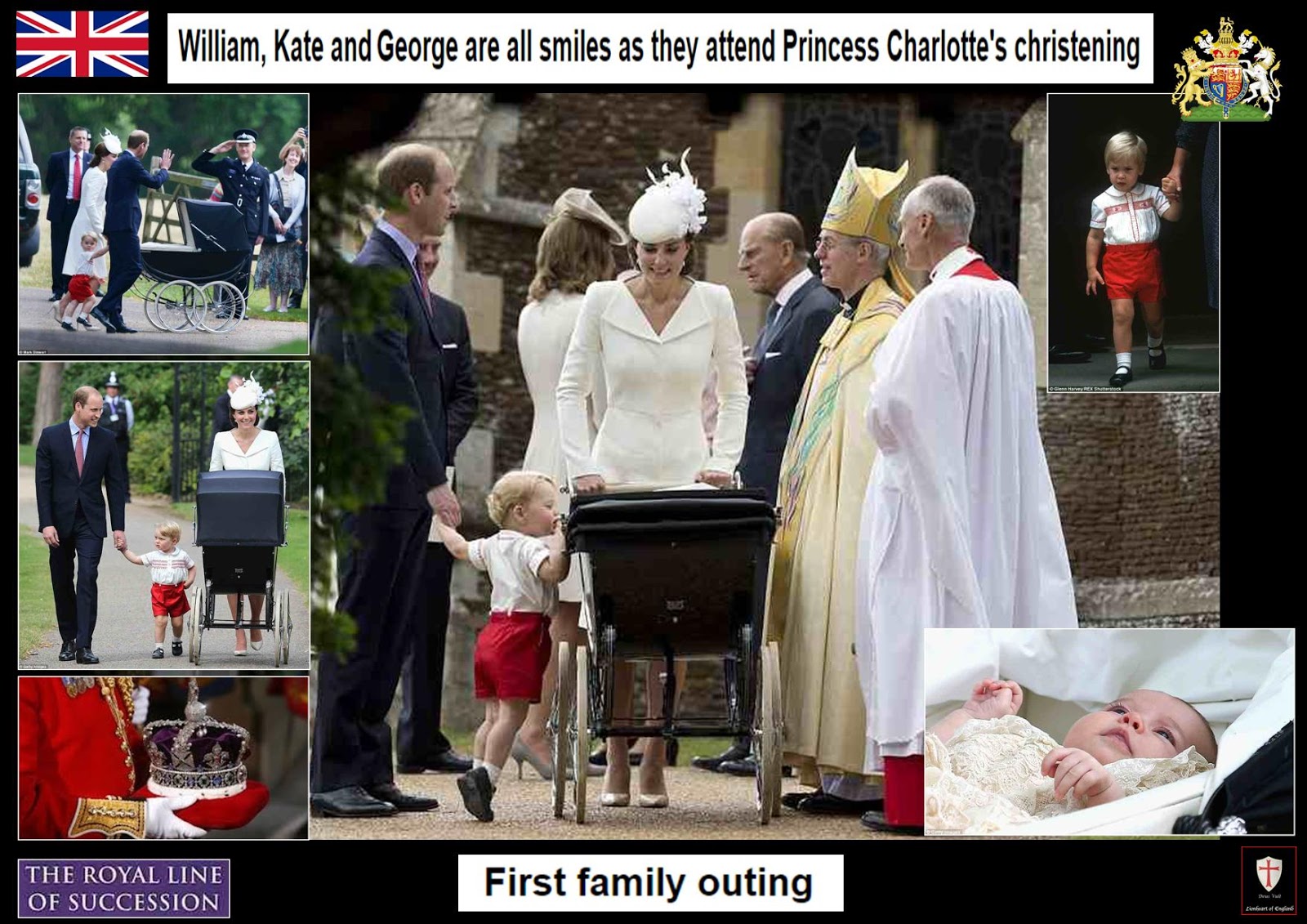 QUOTE: Don't Give Up Your Dreams

PERSONALITY: How An "Ugly Duckling" Turned Into Beautiful Girl