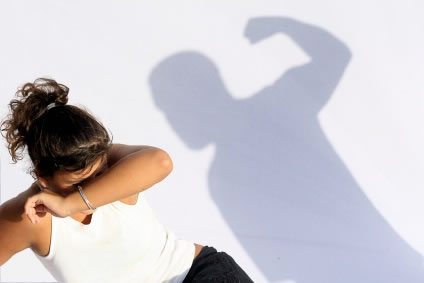 Noticing and acknowledging the signs of an abusive relationship is the first step to ending it. No one should live in fear of the person they love.

When one person in an intimate relationship or marriage tries to dominate and control the other person is known as domestic abuse. And when there is a physical, emotional and economic  violence involve, it is called domestic violence and can affect people of any age.

The only purpose of having a domestic violence and abuse is to gain and maintain total control over you. An abuser may threaten you, hurt you or those around you. They use fear, guilt, shame, and intimidation to put you down and keep you under his/her control.

What are the causes of domestic abuse or domestic violence?

Individuals living with domestic violence in their households have learned that violence and mistreatment are the way to vent anger. Someone resorts to physical violence because:

Some immediate causes that can set off a bout of domestic abuse are:

Who abuses their spouse or intimate partner?

What are the results of domestic violence or abuse?

The results of domestic violence or abuse can be very long-lasting. People who are abused by a spouse or intimate partner may develop: What is the effect of domestic violence on children?

Children who witness domestic violence may develop serious emotional, behavioral, developmental, or academic problems. As children, they may become violent themselves, or withdraw. Some act out at home or school; others try to be the perfect child. Children from violent homes may become depressed and have low self-esteem.

As they develop, children and teens who grow up with domestic violence in the household are:

Below are some of the forms that domestic violence may take:

Physical -  Physical abuse is physical force or violence that results in bodily injury, pain, or impairment.

Physical assault or physical battering and inappropriate restraint is a crime, whether it occurs inside a family or outside the family. The police are empowered to protect you from physical attack.

Emotional -It’s a bigger problem than you think. This form of violence is often unrecognised and can be very hurtful. The aim of emotional abuse is to chip away at a person’s feelings of self-worth and independence. In an emotionally abusive relationship, a person may feel that there is no way out of the relationship or that without their partner they will have nothing.

Stalking is harassment of or threatening another person, especially in a way that haunts the person physically or emotionally in a repetitive and devious manner. Stalking of an intimate partner can take place during the relationship, with intense monitoring of the partner’s activities. Or stalking can take place after a partner or spouse has left the relationship. The stalker may be trying to get their partner back, or they may wish to harm their partner as punishment for their departure. Regardless of the fine details, the victim fears for their safety.

Stalking can take place at or near the victim’s home, near or in their workplace, on the way to the store or another destination, or on the Internet (cyberstalking). Stalking can be on the phone, in person, or online. Stalkers may never show their face, or they may be everywhere, in person.

Stalking is unpredictable and should always be considered dangerous. If someone is tracking you,
contacting you when you do not wish to have contact, attempting to control you, or frightening you, then seek help immediately.

Cyberstalking is the use of telecommunication technologies such as the Internet or email to stalk another person. Cyberstalking may be an additional form of stalking, or it may be the only method the abuser employs. Cyberstalking is deliberate, persistent, and personal.

Cyberstalking falls in a grey area of law enforcement. Enforcement of most state and federal stalking laws requires that the victim be directly threatened with an act of violence. Very few law enforcement agencies can act if the threat is only implied.

How likely is it that stalking will turn into violence?

Women stalkers are just as likely to become violent as are male stalkers.

The aim of emotional abuse is to chip away at a person’s feelings of self-worth and independence. In an emotionally abusive relationship, a person may feel that there is no way out of the relationship or that without their partner they will have nothing.

Emotional abuse can feel equally as destructive and damaging as physical abuse and can do a terrible amount of damage to a person’s mental health. It’s common for physically abusive relationships to also include aspects of emotional abuse as this is how power and control is maintained within the relationship.

Economic - Having money and being able to make decisions about it, is one means of being independent. Economic or financial abuse includes: Social – Social violence occurs in relationships that often include other forms of violence. If someone is insulting you or teasing you in front of other people, keeping you isolated from family and friends, controlling what you do and where you go, then they are being violent and you may need to take some action.

Spiritual – This type of violence involves a situation where you are not allowed to have your own opinions about religion, cultural beliefs, and values, or your spirituality is manipulated to keep you feeling powerless.

Signs of an abusive relationship

There are many signs of an abusive relationship. The most telling sign is fear of your partner. If you feel that your partner is constantly watching what you say and do in order to avoid a blow-up—chances are your relationship is unhealthy and abusive. Other signs that you may be in an abusive relationship include a partner who belittles you or tries to control you, and feelings of self-loathing, helplessness, and desperation.

To determine whether your relationship is abusive, answer the questions below. The more “yes” answers, the more likely it is that you’re in an abusive relationship.

Abusers use a variety of tactics to manipulate you and exert their power:

The cycle of violence in domestic abuse

Domestic abuse falls into a common pattern, or cycle of violence:

Your abuser’s apologies and loving gestures in between the episodes of abuse can make it difficult to leave. He may make you believe that you are the only person who can help him, that things will be different this time, and that he truly loves you. However, the dangers of staying are very real.

How can you keep yourself safe?

At times we underestimate the amount of danger we are in, either because we don’t realise or don’t understand how dangerous a situation is. Part of an abuser’s control can be minimising the seriousness of what they are doing. Being safe is important and there are things you can do to ensure your safety.

Sometimes it is hard to work out the danger or risks yourself. Police, and the state and territory support lines can help you work out risks and how to stay safe.

Steps to ensure your safety:

"My Heart Will Go On" by Celine Dion : Titanic Theme Song

2016 Women: 10 Hairstyles That Will Make You Look ...
Father To Sell Kidney Just To Save The Lives Of Hi...
BEAUTY: Reshma Bano, 19-year-old girl disfigured b...
Some10 Spectacular Sand Bars of Philippines

2016 Women: 10 Hairstyles That Will Make You Look ...
Father To Sell Kidney Just To Save The Lives Of Hi...
BEAUTY: Reshma Bano, 19-year-old girl disfigured b...
Some10 Spectacular Sand Bars of Philippines