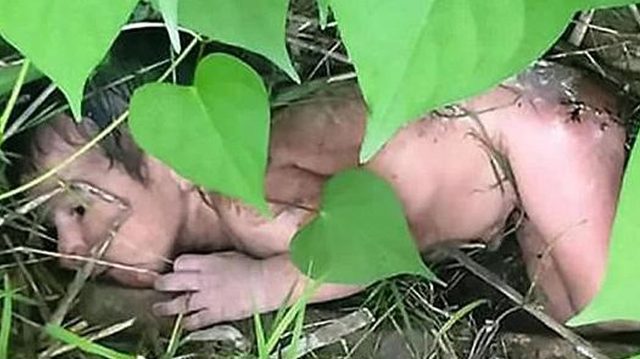 Did you know India is the most dangerous place in the world to be a baby girl? That a girl child aged between 1 and 5 years in India is 75% more likely to die than a boy? That India have the world’s worst gender differential in child mortality? (India News | Kashish Gupta)

Here are some incidents how baby girls in India were killed:

The incident happened in Una, Gujarat where a mother left her newborn girl to die. A passerby rescued the child when he heard cries coming from the bushes. He found the distressed baby with scratches all over her body according to Daily Mail. He called an ambulance immediately and took her to the hospital. According to the doctors, the baby wouldn’t have made it alive if the passerby didn’t find her. Thorns were stuck to her tender skin which the medical staff had to pull out carefully before cleaning her up.It is being alleged that the mother abandoned the baby upon finding out it was a girl child. The police are currently on the lookout for the parents. Source: NTD.tv 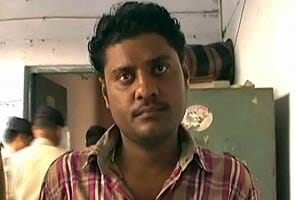 Narenda Rana Image NDTV In another instance of desperation for a son, Narenda Rana, 40, resident at Murar in Gwaliorhas, has been arrested six months after he killed his two-day-old daughter by feeding her nicotine, police said. Mr Rana’s wife Anita had delivered a girl child on October 17, 2016 at a private hospital. The infant was found dead two days later. According to Suryakant Awasthi, in-charge of Murar police station, Mrs Anita had said that Mr Rana was depressed with the birth of a baby girl. He had entered the ward the day their daughter was found dead. Mr Rana confessed to his crime during interrogation. Mrs Anita has also alleged that while she was pregnant, both her husband and mother-in-law had threatened to kill her baby. “They started torturing me for dowry immediately after my marriage. Both said they would kill my baby,” she added.The incident comes to light just a day after police highlighted the case of a three-month-old baby girl who was battered and even bitten by her father in Bangalore because he wanted a son. The baby was just 24 hours old when she was left for dead  Newborn baby girl found buried alive in Indian forest in ANOTHER tragic case of female infanticide.The baby girl was found on June 29th,2013 by locals Radheshyam Kevat and Jagdish Mangilal, who were working in the area and heard the baby’s cries.She was rushed to a local government hospital with heavy bleeding from her nose and mouth but tragically died the following day from her injuries. Police believe the baby was abandoned in yet another tragic case of the controversial female foeticide and infanticide crisis that is sweeping India. Officer B Yadav said: ‘We believe family or a close relative had left the baby girl to die. We are checking hospital records and recent births and we’re investigating the case but so far we have no leads.’As it stands the apparent motive is female foeticide and we have registered the case.’ (dailymail.co.uk) Sunday Express,March, 29,2017: THIS is the moment a newborn baby girl was miraculously rescued after being buried alive. The tiny child – aged between just four and six hours old – was found by villagers after a schoolgirl spotted her tiny feet poking through the ground. Astonishing footage shows a man removing the dusty earth from around the baby, who is wrapped in blue cloth, before gently pulling her out. As soon as she surfaces the baby bursts out crying, stunning a crowd of spectators.She is thought to have been buried in the night immediately after her birth and been in the ground for several hours before she was discovered.Police in Shyamsundarpur in Odisha, eastern India, have arrested the girl’s father Ramesh Chandra for attempted manslaughter. Officials said the 35-year-old is suspected of burying his newborn daughter alive because he wanted a boy. Many Indian parents consider daughters to be a burden because of the huge dowries still frequently required for marriage, while sons are expected to support them in their old age. (Sunday Express)

By The Times of India City

What is in a name? SHAME

Nakusha meaning is unwanted in Marathi. It is a name given to many girls in Satara in neighbouring districts where the preference for the male child is more pronounced. Nearly 70% of the girls in recent survey said that they faced humiliation on account of their name.

WHO SUGGESTS THE NAME?

V P Shijith of IIT Hyderabad and T V Sekher of the International Institute for Population Sciences, Mumbai, set out to research the psychological impact of living with a name that means unwanted. They surveyed 77 families with girls named Nakusa in seven tehsils of Satara. Of these, they interviewed 44 girls with that name who were above the age of 10.

“Families with a little property or land want it to remain in their name and hence prefer sons. The practice of naming a girl Nakusa is prevalent largely in Satara and neighbouring districts and not in other parts of Maharashtra,” said Sekher, adding that it was particularly common amongst the Maratha community.

The vast majority of girls surveyed were the second or third daughter in the family. The practice of naming a girl Nakusa was born out of the superstition that the name would ensure the next child was a boy. It was a way of telling the gods that the family did not want more girls. A boy born after several daughters is often named after a god as a way of thanking divinity for him.

The researchers found Nakusas from the age of 4 to 48, an indication that the practice has been around for decades.

Parents had no qualms talking about why they named their daughters Nakusa. Some spoke of it in front of the girl named Nakusa, virtually ignoring the visible signs of grief on the child’s face. One mother said, in front of her daughter, that she did not want the girl, to which the girl began weeping. Her mother ignored her and continued the conversation.

The mother of a 12-year-old Nakusa was expecting a boy and was unhappy when she had a daughter. She said she did not love Nakusa as much as her other children while growing up. The girl did not receive the gold earrings that are traditionally given by a mother to her daughter.

THE ONGOING WAR AGAINST DAUGHTERS IN INDIA

629’000 girls (aged 0–6 years) are estimated to be missing in India every year. The majority of them are aborted, others are killed, abandoned or neglected to death just because they are girls. The roots of this problem lie in a strong patriarchal society that has translated into an obsessive preference for sons and discrimination against girls.This is an analysis of the problem from the inside, a research of reasons and related factors to draw a picture of the foeticide and infanticide in India.

Every 50 seconds a parent in Indiakills their daughter
Daughters are
Daughters are killed because
We accept the first girl, the second should be killed, then the third will be a son.
— Rassamal, a traditional healer. She gives advices how to kill unwanted children

The first girl is usually allowed to live. Also for girls born following a boy the biological ratio (on average 96.2 girls per 100 boys) is respected. But in families with a firstborn daughter, a second girl has less chances of being born, a third girl even less.[2]

Families can usually afford to pay only one dowry*, therefore they don’t want more than one daughter.

*The payment of dowries has been illegal in India since 1961 (Dowry Prohibition Act), but this practice remains widespread across castes, religions and education levels. The taunts from society and from my in-laws that I would have faced for not having a son forced me to abort.
— Woman from Rohtak (Haryana), from an educated and affluent family.

Chances of survival for a second born girl after a first daughter are less if the family is well educated and rich[2]. These families live in urban areas where they have access to ultrasound scans and can afford the price for the abortion. Although prenatal sex-detection and sex-selective abortion is illegal*, many clinics provide these services.

In poorer communities, where there aren’t many ultrasound clinics, daughters are instead abandoned or killed after being born, or lost through neglect.

*With the Medical Termination of Pregnancy Act of 1971, abortion in India became legal up to twenty weeks and under specific conditions such as medical risk to mother. Gender-based abortions have been illegal since 1994 with the Pre-conception and Prenatal Diagnostic Techniques (Prohibition of Sex Selection) Act. We knew the doctor at the scan centre and went to the clinic that he suggested to have the foetus removed. The next two times were also okay.
— Renu from Chandigarh (Punjab and Haryana), who had four abortions in five years.

The number of missing girls has increased between 2001 and 2011 census, becoming a substantial problem in northwestern India.

In southern and eastern states women have a more active role in the economy especially in country’s farm production. In these communities women are less discriminated and daughters are more appreciated.[5] My husband didn’t want another girl. When I was five months pregnant I was forced to abort. (In his eyes) girls would depart and the money would leave with them.
— Pooja Salot from Ahmedabad (Gujarat), who was married to a multi-millionaire industrialist and came out against in-laws forcing abortions.

As India’s economy is growing a new middle class is emerging. These families prefer fewer children and want a son to take forward their business.Worrying trends can be observed in states like Uttar Pradesh, Maharashtra, Rajasthan and Jammu and Kashmir.

Improvements in Punjab, Haryana and Himachal Pradesh can be attributed to a ‘mature middle class’, financially more stable and open to have daughters. If this can happen to me it can happen to (my daughters) when they grow up. And that is the reason I’m fighting it.
— Mitu Khurana from new Dehli, RTI applicant and activist who sued her in-laws for having illegally determined the sex of the twins (females), pressured her to abort them and, when she refused, tried to kill the girls.

Kathmandu, Nepal: Pictures of Tihar festival, or D...
Women in Islam and Christian Domestic Discipline
He’s On My Mind – Full Romance Movie
The pain of the mind is worse than the pain of the...

Pictures of Incredible Bizarre Border Lines Between These Countries