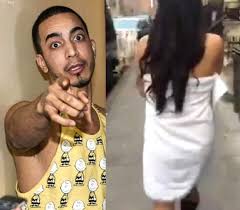 This is not the first time something like this happens, public shaming is quite popular in China nowadays.

The video was uploaded to Chinese social media before being shared on LiveLeak where viewers were left stunned by the incident. One commented: “Chinese culture confuses me.”

While another added: “The psychological trauma must be huge. This is a very harsh thing.”

A woman was forced to walk half-naked because she slept with a man who is not her husband, depicting Game of Thrones’ famous Walk of Shame by Cersei Lannister.

Viral4Real: This woman was caught having an affair with somebody else’s husband, and was forced to do the ‘walk of shame’ in the streets of China. Half-naked, the woman was forced by unknown people to walk through the streets, while onlookers and bystanders watched.

Apparently, she was caught red-handed sleeping with a married man. Throughout the traumatizing ordeal, the woman tried to cover her private parts, but failed to cover them entirely.

Again, where is the man in question? He should do the walk too!

You’d probably notice that many incidents involving infidelity surround China. Some men openly cheat and have mistresses on the side as a status symbol. An affair might be a secret elsewhere, but Chinese men support multiple women, in part, to openly flaunt their wealth and social status. For Chinese men there’s no status symbol like a mistress, or two, or three, or four—just don’t get caught!

While another added: “The psychological trauma must be huge. This is a very harsh thing.”

She shouldn’t be punished in such manner. Yes, she committed a sin but still she doesn’t deserve such shaming. She is the mother of her child and the most affected is the child. Besides, committing adultery already a shame on herself. Let  the law punish the one who do things against the law. It is unlawful to force the person who committed crime walking nude around the street.

The evil boyfriend charged with forcing his girlfriend to parade naked down a frigid Harlem street as he recorded the humiliation — and later posted it online — was hit with upgraded charges for the disturbing crime.

Jason Melo, 24, allegedly choked and punched the 22-year-old woman, in front of their two-month-old daughter before making her strip off all her clothing and walk around their block.

On the video, he calls her a “whore” and “b itch,” then rips the towel off her, leaving her completely exposed except for a pair of boots, in freezing temperatures.

She also claims Melo told her that if she did not do as he asked he would throw her down the stairs and slash her face.

Shocking footage shows the woman in a towel before the man eventually pulls it away, exposing her body to everyone on the street.

Jason Melo is accused of assaulting his girlfriend and forcing her to walk nude on a sidewalk in a jealous rage.LiveLeak/Pool photo

She desperately tries to preserve her dignity, at one point attempting to dress herself with the canvas cover draped over a nearby motorbike.

In the video, the man can be heard saying: “Stop and take the towel off. We need to see your shame.”

He adds: “A pretty girl like you […] with seven men. You will pay the price.”

Melo appeared in Manhattan Criminal Court charged with assault in the third degree, menacing in the second degree, and endangering the welfare of a child.

A jilted and furious wife had stripped and parade her husband’s 20-year-old mistress in the streets after getting caught in bed.

The wife followed his cheating husband into a friend’s flat and caught them red-handed doing the forbidden deed.

She pounced on the defenseless girl, tearing off her clothes.

The angry woman attacks the defenseless girl; tears off her clothes and slashes her hair with a razor. (wereblog)

In shocking footage, the wife is seen dragging the distraught young woman by the head into the street outside.

Her two teenage sons – aged 16 and 18 – are heard howling to attract the attention of neighbours and add to the humiliation in Cubatao, Sao Paulo, Brazil.

Shockingly, the family then boasted about the attack online sparking dozens of complaints to police and an investigation to find the victim.The seething wife wrote on social media: “I do not give a damn what they think.

“I’ll show you how you deal with the traitors of a married man. I just got this s*** with my husband, ex-husband from today.”

The injured woman was eventually found by the husband – too much of a coward to step in during his wife’s attack – who helped his illicit lover find her clothes.

Police launched an investigation to find the victim and later identified her after her sister took her to the station to make a statement.

She told officers that the man had claimed to be single and they had been together for five months. 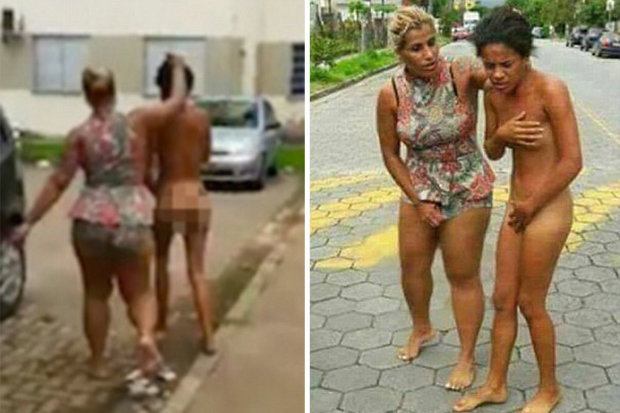 YOUTUBESHOCKING: The woman marches her love rival through the streets naked

The attacker was arrested by Civil Police officers and now faces up to ten years in jail on suspicion of threat, bodily injury, injury, defamation, crime of intolerance, violence against women and torture.

A spokesman at the regional police station in Cubatao said the alleged attacker had been questioned.

The case is being investigated by Cubatao police.

It is shockingly not the first time women have been publicly and violently shamed for affairs with married men.

Public shaming and beating of so-called mistresses is becoming increasingly common in China where scorned wives are choosing to dish out so-called “civil justice”.

No one is above the law.

Imagine by John Lenon (with 11 Images)

Thanks For Being With Me Through It All
LOVE SMS, QUOTES, AND POEMS 1
RELIGION: HAPPY ISLAMIC 1439 NEW YEAR: When Is Muh...
Lives Like Garbage: Children with Birth Defects Ab...

Thanks For Being With Me Through It All
LOVE SMS, QUOTES, AND POEMS 1
RELIGION: HAPPY ISLAMIC 1439 NEW YEAR: When Is Muh...
Lives Like Garbage: Children with Birth Defects Ab...