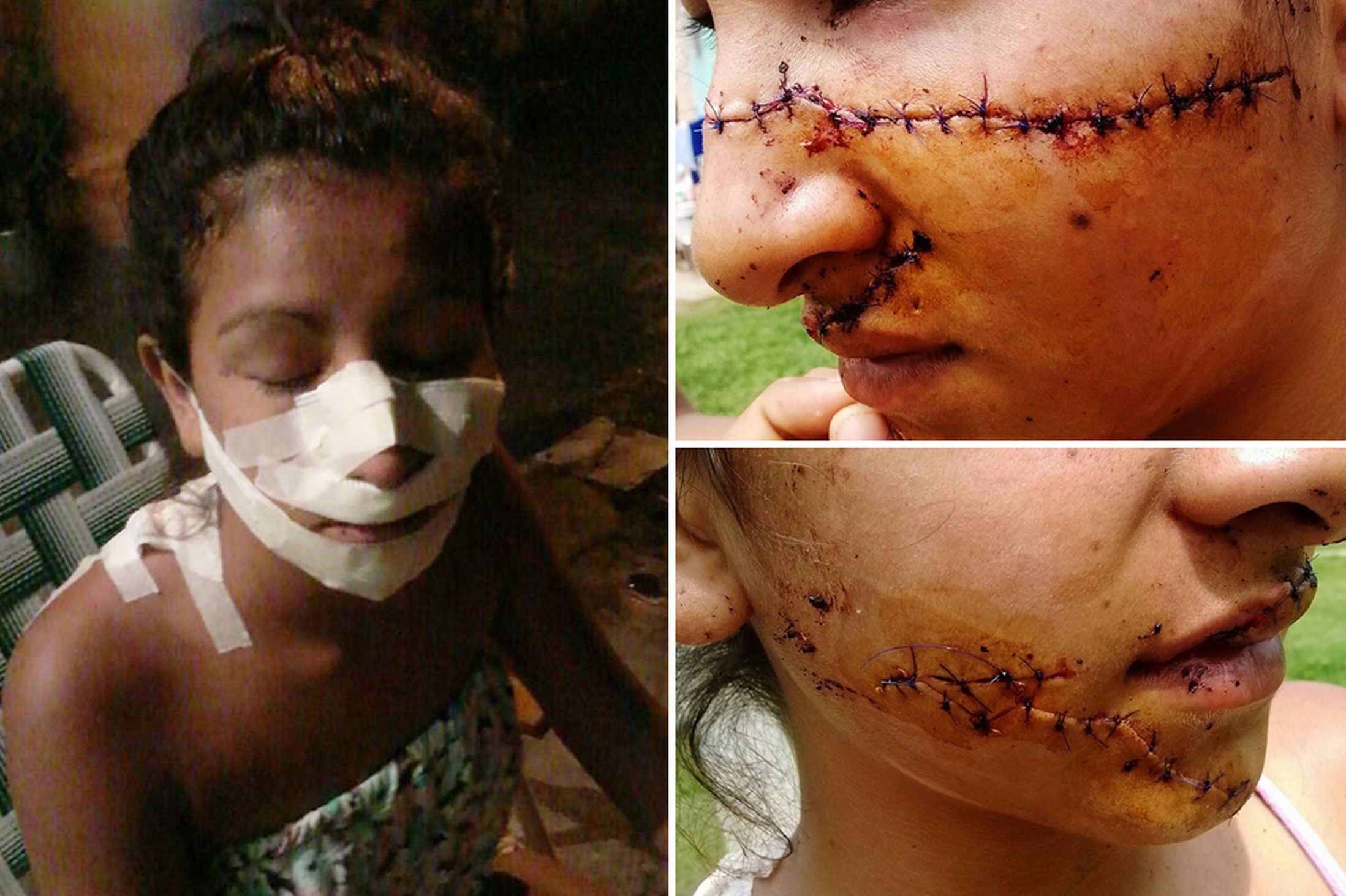 A teenage girl was left disfigured after two jealous rivals slashed her face with knives because she was ‘too pretty’.

The pair allegedly wanted to make Julia Alvarez, 15, ‘look like Chucky’, a reference to the heavily scarred horror movie character.

Julia had been to visit friends and was walking home when she says she was approached by the two sisters who started hitting her and punched her to the ground.

According to her statement two girls aged 18 and 16 pulled out knives and said: “Everyone says you are pretty. You won’t look pretty when we have finished with you. People will call you Chucky.”

Incredibly police in the town of Juan Domingo Peron, in the northern Argentinian province of Formosa, initially refused to get involved.

That was until the teenage girl’s sister Yeni posted the images on Facebook, which quickly went viral and caused a mass protest at the failure to act against the pair.

Police confirmed that they have interviewed two girls over the attack and released the 16-year-old because she was too young. The 18-year-old is still in custody.

The older of the two claimed that they had been insulted by the 15-year-old and had decided to get revenge.

Yeni said: “They were jealous of my sister for a long time and always abusing her and insulting her, but we never expected them to go this far.

“I have tried to stay strong for my beautiful sister but every time I see her I want to burst into tears. They have ruined her life.

“She says she wants to kill herself because when she looks in the mirror she so ugly now,” her sister continued. “It has ruined our family.”

Revenge Attack: Her alleged attackers said the knife attack was ‘getting her back’ for a comment.

Huge Scars: Julia needed dozens stitches on her back after the attack.

“How far hatred and jealousy can go?Jealousy releases hatred and hatred is the greatest and the ultimate enemy that can forever determine your judgement and ultimately withhold your destiny. Hate is too great a burden to bear. Hate cannot drive out hate: only love can do that.” ~ Lj

Muslim maternity modesty pants to protect a mother...
“Rabena Yebarkek” (God Bless) by Laven...
Olive Oil is One of the Safest Oils for Frying and...
HEALTH: The 5 Kidney Damage Symptoms You Are Most ...

10 Tips on How To Get Rid Of Colds and Blocked Nos...
Baby in China Born with Second Face
MUSIC: Last Christmas by George Michael
Desert Rose by Sting

10 Tips on How To Get Rid Of Colds and Blocked Nos...
Baby in China Born with Second Face
MUSIC: Last Christmas by George Michael
Desert Rose by Sting