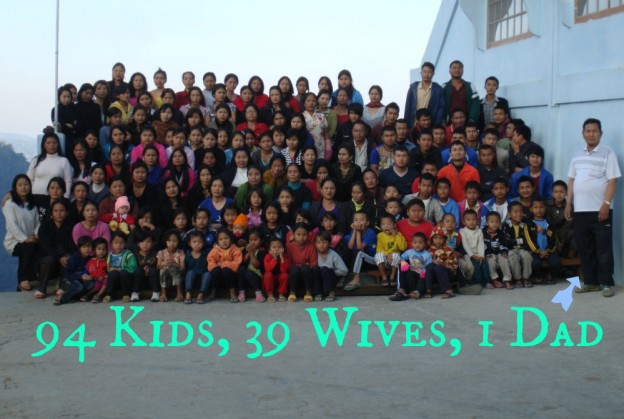 IF mealtimes are mad in your house, imagine the mayhem when this lot are hungry.

Although the construction worker, whose youngest child is five, certainly has his hands full – and, in one of our pictures, his head in his hands – he insists he is blessed. Ziona, 67 said: “I consider myself a lucky man to be the husband of 39 women and head of the world’s largest family.”

Life at the family’s 100-room, four-storey house in Baktwang, India, is run with military precision, with first wife Zathiangi, 71, organising all the others when it comes to domestic chores.

She said: “I am the eldest and have been married to Ziona the longest. Everyone in the family respects me.” 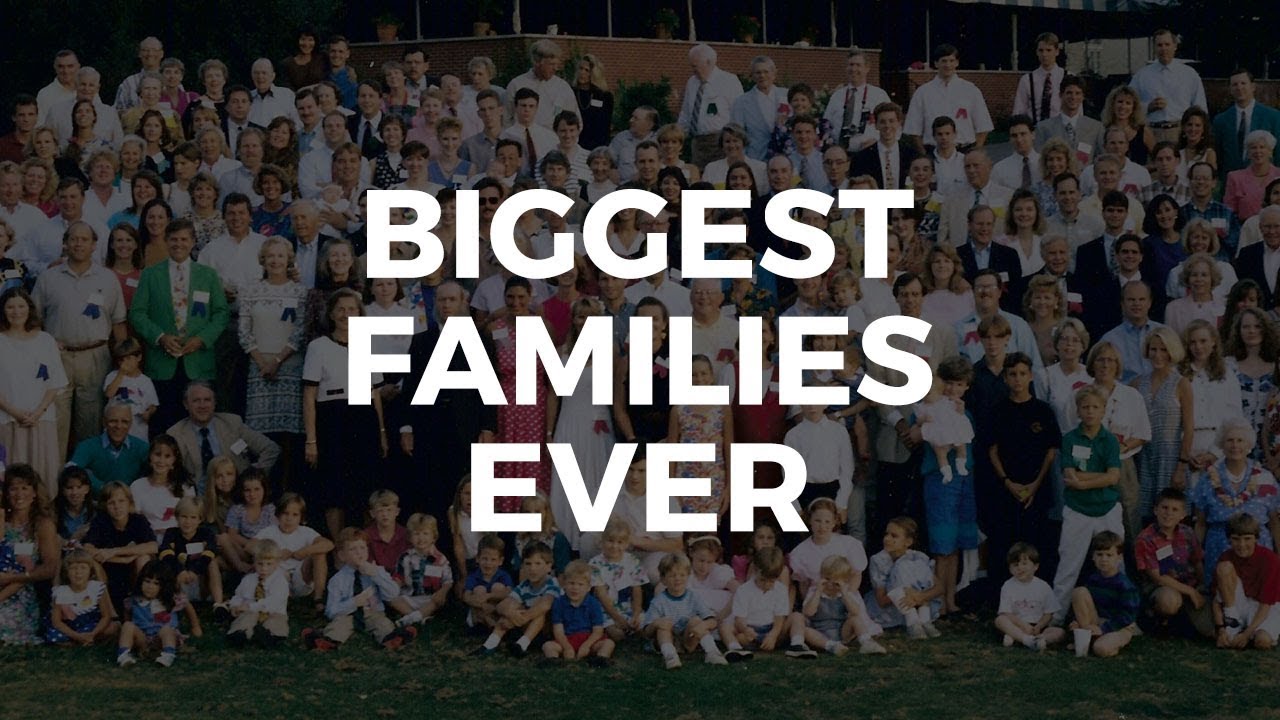 There is also a rota system when it comes to who shares Ziona’s double bed – the other 38 wives have to make do with the communal dormitories. 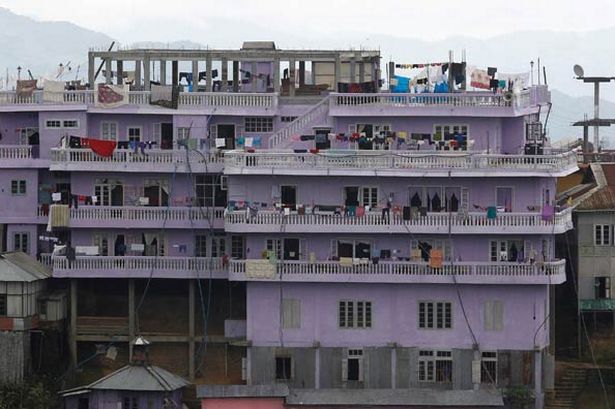 Son Parliana, 50, said his dad – who belongs to a sect which allows men to have multiple wives – got married so many times so he could look after poor and orphaned village women. 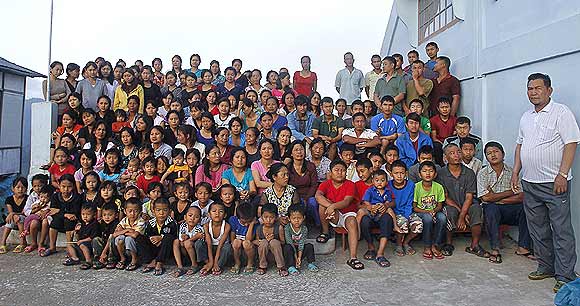 He said: “He’s not just head of this house but also the leader of 4,000 people of the Chana sect.”

Acupressure & Face Massage
Children need love, especially when they do not de...
HUNGER GAMES MOCKINGJAY 1: FIRE BURNS BRIGHTER IN...
“I can’t afford it’ shut down your bra...

Unusual: 10 Cruelty of Teachers to Students