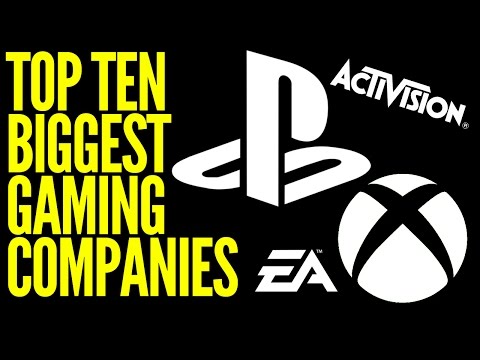 Gamers, do you know which are the richest gaming companies in the world? Let’s find out!

Did you know that studies have found that playing action video games trains people to make the right decisions faster without loss of accuracy?

Since the games were invented, people from all over the world used the games as a relaxing thing to do in their free time.

Even some of the celebrities found themselves playing video games excessive.

Celebrities like Robin Williams (named his kids Zelda and Cody after game characters), Eminem (who was near top 20 in the highest scoring Donkey Kong games in the world), Steve Wozniak co-founder of Apple (his favorite video games is Tetris so he submitted so many high scores to Nintendo until they stopped printing them). 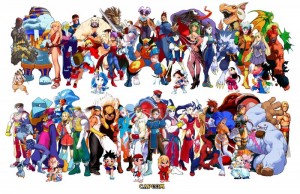 Resident Evil and Street Fighter are two of the names that made Capcom known everywhere. Despite the controversies involving the name Capcom and their questionable sale tactics, the gaming company cannot be ignored, even if we try.

With revenue of $952 million they made into our top on the 10thposition as one of the richest companies in the world.

Some of their other successes include the Resident Evil, Devil May Cry, and Lost Planet franchises, as well as the Megaman games, which remain popular despite their relative age. 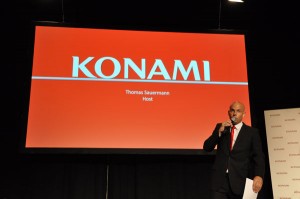 Founded in 1969 by Kagemasa K?zuki as a jukebox rental and repair business in Osaka, Konami is one of the richest gaming companies in the world.

Responsible for many famous video games development and production put itself at number 9 on our top.

The road from the jukebox rental to one of the richest gaming companies in the world wasn’t that easy. Konami was in the video game industry since the Super Nintendo days and the road so far was a success.

Besides the gaming business Konami is a developer and publisher of numerous toys, trading cards, anime, slot machines, arcade cabinets and health and physical fitness clubs in Japan. 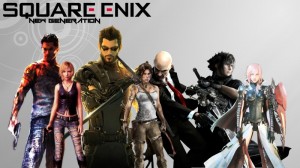 Square Enix was born after a merger between Square and Enix in 2003, with Enix as the surviving company.

ince then, their path was full on good vibes and awesome games. With games like Tomb Raider, Deus Ex: Human Revolution and Hitman, Square Enix become one of the best gaming companies ever.

Square Enix is one of the most successful game companies of all time, its Final Fantasy series was rated as one of the best gaming products in the world. Final Fantasy 7 in particular, was one of Square Enix best games and was considered an all-time classic, and leading to further success for its characters in later games. 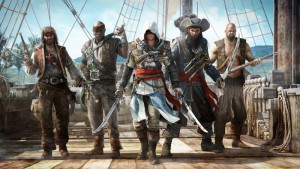 Games like Assassin’s Creed, Far Cry, Rayman, Tom Clancy, Ubisoft made itself one of the most recognizable gaming company in the entire world.

Originally from France, Ubisoft started its operations as computer game publisher in 1986. That was the start of one of the most popular gaming companies ever.

One of the biggest video game manufacturers expanded their offices and now has shops all over the world in the big markets.

Ubisoft is known for being the company that gave interesting concepts to gamers from all around the globe and reaping the rewards through regular releases in its many series of games. 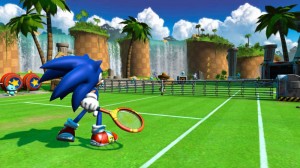 Japanese people seem to be the masters of video games consoles and Sega is another example of how great they are.

Their massive income comes from the success of “Sonic the Hedgehog”, the hedgehog seems to be everyone’s favorite.

Because of that famous game Sega was able to produce many others great franchises of games which have put them right in the top of the richest gaming companies in the world.

Sega’s games have sell in all the big countries, including United States, so is no wonder that the company is $3.33 billion rich.

Founded by Trip Hawkins the company has become one of the major players and one of the biggest names in the gaming industry.

When someone suggested them to make a soccer game they treated it as a joke, however FIFA is their biggest success.

Since the beginning EA was the king of sports games and a major player in the “war” with Nintendo and Sega consoles.

From titles like Road Rash, Madden Football, NHL 95 and many more, EA became one of the biggest video games producers in the world.

They continue to be the kings of sports game despite the fact that they were once considered one of the worst gaming companies in America. 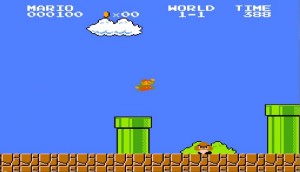 Founded in the late 19th century in Japan, by the third president of the corporation, Hiroshi Yamauchi, Nintendo claimed fast to the top of the best gaming companies ever.

As one of the oldest but best gaming companies in the world, Nintendo grew into the big empire we know today. In fact, for quite some time, Nintendo name was synonymous with video games.

They made sure their name will stick in our minds since they started. Their most famous creations? The beloved characters – Mario and Donkey Kong.

Even on these days, Mario is one of the most popular video game characters ever created, even his theme song is recognized all around the world.

In 1983 they created the first game console to be widely accepted into a home- the Nintendo Entertainment System. 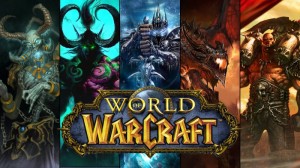 In 2008 the merge between Activision and Blizzard Entertainment happened and so one of the biggest gaming companies was born.

What started as a simple idea of making adventure strategy games modeled after role playing games, became one of the best performing gaming company out there.

Activision Blizzard was one of the first companies to introduce LAN gaming, the feature that allows you to connect computers together with your friends to create a massive battle without the need to be online.

But they made their success with franchises like Call of Duty, Warcraft, Diablo and Starcraft. They had the brilliant idea to turn the classic Warcraft games into the best-selling MMO (Massive Multiplayer Online) game around in World of Warcrafts.

Their recent release called Hearthstone, another game based on Warcraft, became an instant hit. Activision Blizzard’s games were great success, especially World of Warcraft which charges a monthly fee for online game play, made them one of the biggest in the world. 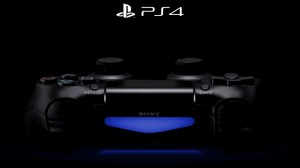 The PS2 was one of the longest selling and used by gamers everywhere, the one that also offers the best third party games available.

Sony is the primary competitor of Microsoft on the video games market. Their online services used to be free but recently they changed that and started charging for the privilege of playing online.

They say that the reason they decided to charge for privileges is that the extra funds will help them improve the service to better compete with Microsoft.

The battle between Sony and Microsoft will be going for a while, because each one of them are releasing better, bigger ideas than the other one. 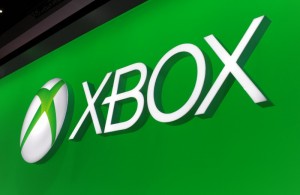 Microsoft Studios is one of the best performing gaming company existing on the market at this time.

The highest earning gaming company in the world in 2013 and 2014, Microsoft Studios is better known for its Windows operating system, these guys are the real deal in the video games making business.

It was one of the newer players to enter into the console market, but that didn’t stop them to become one of the best companies out there.

The original Xbox was released in the early 2000’s and immediately took the market by surprise with their Halo series which is now one of the most famous and loved games in the world.

They are also the ones to blame for the great competitive online software and Gears of War franchises. Also they are offering an online system that made it a default destination for multi-platform games like Call of Duty.

Microsoft Studios is the biggest and most successful gaming company in the world.

Why Islam Doesn’t Need a Reformation by Mehdi Hasa...
Spring: The First Day Of Seasons
Adorable 3 year old is very happy to dance!
Travel: The Hanging Coffins of Sagada, Philippines

A Life Full of Smile : Nguyen Hoai Thuong, 7 y.o.,Vietnamese girl with no arms or legs

Wise Woman : 50 Photos of Women Who Changed The World

Woman kept in a shed for six years after parents l...
Celebrities: How Do They Look With or Without Make...
STOP CHILD ABUSE: India’s ‘NakushaR...
Boil on the anus which is quite painful. Suggested...

Woman kept in a shed for six years after parents l...
Celebrities: How Do They Look With or Without Make...
STOP CHILD ABUSE: India’s ‘NakushaR...
Boil on the anus which is quite painful. Suggested...