No one has got the authority to affront anyone’s fashion trends; in fact fashion trends are decided according to the thinking, likes and dislikes of the people of that particular place or community. Conversely, people need to admit that tattooing eyes, wearing Hitler printed t shirts; trend of facekinies should be measured as an eerie trend. Fashion Designers and artists try to bring something unique and different; they expect common people to follow those trends. But sometimes the craze of those designs is not that much effective, rather people find them funny and strange. Here is a list of such top 10 weirdest fashion trends in the world, such strange styles are listed in the article. 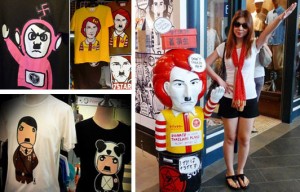 Before this year, Hitler marched into Thailand. People may be stunned to listen this, but we are talking about the field of Fashion. In recent days, Thailand is encountering an out-and-out Hitler craze, with the accessories of Hitler prints or shapes to the cartoon printed images of the recognized German leader on the T-shirts, posters, caps, sweatshirts and many more. This Hitler trend has been affecting each and every field of Bangkok, as now it has Hitlerized Teletubbies and the pandas on top. 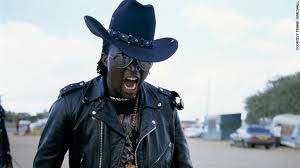 Metal accessories being one among the top choice of Africans, now along with metals leather and belts are added in the favorite’s list of Africans. As a result of such choice the Metals heads took birth in the Fashion World of South Africa. Boys of the countries which are highly influenced by the trend can be easily found dressed akin to the doomsday cowboys. According to them the metallic culture signifies freedom, power and strength indicating that the people following such culture haven’t realized korn up till now. The guys wearing such metal accessories assign themselves some pet name like Gunsmoke, Demon, etc.

8. Meggings, All over the world 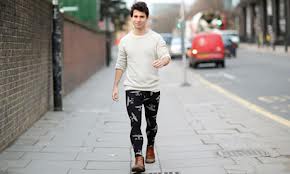 Trends for male in Fashion World are not much less than woman, an example for this is the “meggings”- male correspondent to leggings which is highly in trend into the lanes of Tokyo, Paris, London and New York.  Initially the introduction of leggings in female fashion world was a hot button topic, and now this trend is extended for the males too. Printed meggings are very popular among the dancers, choreographers, fashion designers and many more such cool professionals. According to Lindsay Lohan leggings are versatile, awesome and leopard printed leggings are amazing and so are the meggings for men. 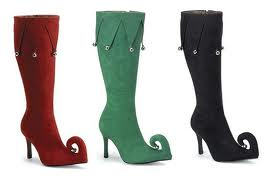 It is a part of the Elven Outfit. These boots are long, pointy and sort of asinine looking, and were in trend in Mexico. Because of this the cowboy boots with stretched tips again came in fashion among the young generation of southern Mexico. It is kind of a trend when the male dress up to get interest of females, but at the end becomes a reason to laugh at. It is really a bombshell trend, then also can be seen in the feet of TV actors, stage showers etc. 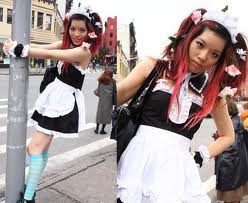 Again Japan is here in the bulletin, now with the trend of Gothic Lolithas. It is the trend of costumes along with clothing. Companies like Angelic Pretty trade for Lolita fashions. The basic profile of this trend is knee length and floor length skirts along with cupcake figure supported by petticoats. With such skirts stockings, knee length socks and blouses are also worn. This trend has many secondary styles. 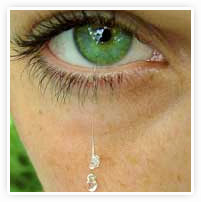 A fashion trend or something new is added almost every day in the Fashion World for each and every part of the body. Wearing accessories in eye is a best example of the expanding craze in the world of fashion. In early days the way to design the eyes were painting around the eyes, using colored contact lenses and many such simple ideas but the time is changed and so are the trends. People now a day go for eye tattooing and the eye jewelry, but such activities are really dangerous and painful. People wear metallic studs into the eye; this is very common in teenage girls of Netherlands. This process could also result in harms to vision and bleeding of eye. 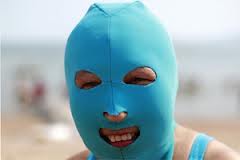 Sometimes new trends in the Fashion world arise due to the needs of the people, an example for this is the introduction of “Facekini”. A simple way to keep away from the harmful rays of Sun is to avoid going out, or to put on a good quality sunscreen. But the residents of China found a new way to protect themselves by wearing face-kini, according to name it is a shielding head mask wore by the beach-goers.

Japan keeps coming in light, while talking about some peculiar fashion trends. Another example of unusual trends is the Manba. It is a craze very common among the young girls of Japan, who normally date men who are style crazy. Manba is a little varied form of the very famous Ganguro culture which basically accentuates strong makeup and dark complexion. Girls following the Manba trend normally coat their complete face with deep and dark brown, with two circular marks of white color around their eyes and silver light colored hair along with wishy-washy makeup and dazzling attire. 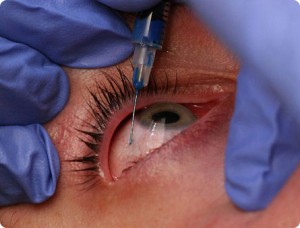 Being an intense practice, people go for eye tattooing for enhancing their aesthetic appearance and the improvement of vision. In this the white part that is cornea of the eye is tattooed. It is medically prescribed method for the persons with scratch marked eye tissues. There are various methods of tattooing of eye, also various options for the success and medical safety of the procedure exists. Tattooing of eye is practice from approximately thousands of years and is now again in trend in Canada. In this process the dye/ink in inserted in the white portion that is Cornea of the eye using some syringes and injections and designs are made. 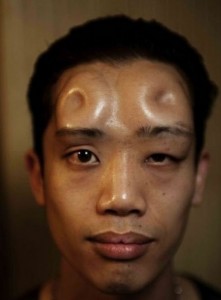 Getting injected a saline into the forehead to get a bagel/doughnut type shape on forehead is not an easy task. Being such a painful job to get such shapes, people of Japan promoted the trend called as “Bagel head”. It is a kind of Body modification technique initiated in Canada and highly encouraged by the Japan’s Fashion World. The process is basically a swelling distortion caused by the saline drip. Media channels ambiguously asserted it as “Japan trend”. People here get this done on their forehead during special occasions like subversive fetish gatherings. For this, the person’s forehead is to be injected by a medical 300-400cc saline for about duration of 2 hours, and to change the designs the swelled part is sometimes given a down turn at the centre.

10 Bone-Chilling Urban Myths — That Aren’t Really ...
VIDEO: Dancing Into Labor
HEALTH EDUCATION: Embracing Health Drinks For Your...
Eating Chicken: The Good and the Bad Side of Eatin...

PEOPLE: Man Interprets His Divorce Agreement Literally By Giving Her Half of Everything They Owned

HEALTH EDUCATION: Cancer-Causing Products Found Inside Your Home And The 4 STEPS TO HELP PREVENT CANCER

Poem: Because I Did Not Die
Righteous Brothers – UNCHAINED MELODY –...
Salt and Better Sleep
THE SUPERNATURAL FIRE YOGI OF TANJORE : HOAX OR FA...

Poem: Because I Did Not Die
Righteous Brothers – UNCHAINED MELODY –...
Salt and Better Sleep
THE SUPERNATURAL FIRE YOGI OF TANJORE : HOAX OR FA...